Paradox Interactive is dipping back into the well of grand strategy gaming with their newest DLC for Stellaris. Megacorp changes things up a bit by bringing an economy based expansion allowing players to become an all-powerful CEO of the said corporation to spread your influence over the universe and claim it as yours. This is our Stellaris Megacorp review. 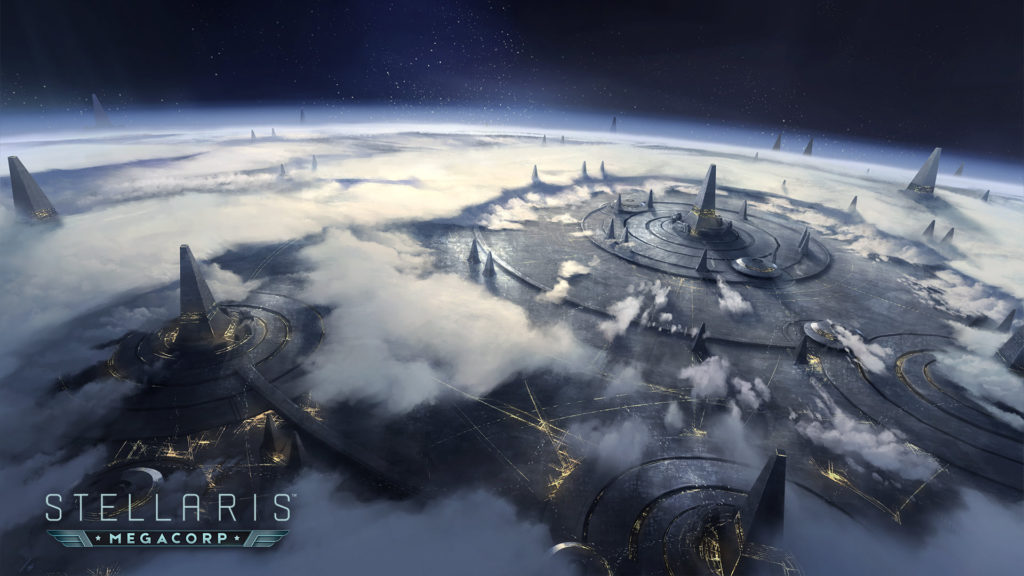 Paradox Interactive is known for creating quality games, especially in genres like grand strategy and Stellaris was one of those. A deep and rich game about not only exploring space but possibly claiming it as your species own. There have been several DLCs for the game since release each adding not only more gameplay options but a deeper strategy for Stellaris itself. The game can be played either single player or in multiplayer with friends that have AI take over for their faction should they end up leaving the game session. A game can last hours upon hours depending on how much you have enabled and how many RNG events happen. Now you add the DLC to the mix and expand change things up.

While Megacorp brings the new corporations as a playable faction it also changes up some of the base game as well. The tile system for planets has been overhauled to allow for more specialized planets and better functionality. Cities can now be larger than before allowing for quite a bump in civilization. The base resources have also been changed from just raw minerals to also include alloys which need to be refined for ship making and such. Both of these should make for easier modding and also allow for interesting additions in future DLC. The new systems seemed to work well, but time will tell how much they affect the game overall down the road.

You now have more control over your economy which can lead to a more micromanaged type of play depending on how you want to build up your chosen faction. The Megacorp each bring their own flavor to the game (Corporation, Church, Crime Syndicate) and can provide a nice change of playing the game. Instead of seeking military might, you can now focus on controlling Galactic Trade influencing the market by building branch offices on friendly worlds to add a portion of that planets trade value to your own network. The feel of these 3 corporations fit well into Stellaris and add something it was missing before. Whether through the player trying one out or one being spawned into the game. 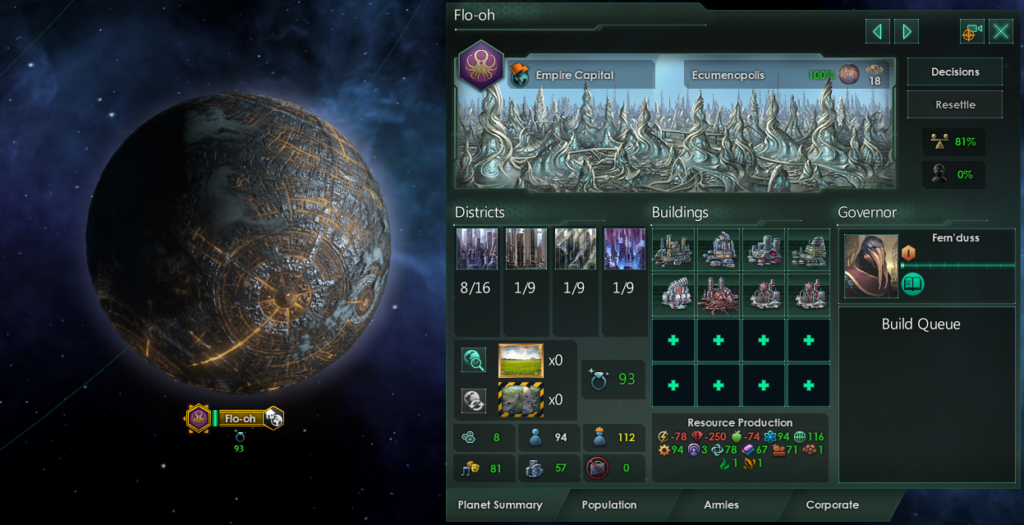 Besides the Megacorps, the new DLC give some new megastructures which are both gorgeous and sometimes a pain to make. Along with that, there are now Caravanner Fleets. These new NPCs will travel through space with a deal to make and specialties to sale. Oh, and slaves, yes slaves. You can now buy and sell slaves on the galactic slave market.  This can affect not only how you run your system, but could also change how various factions might perceive you.

It needs to be mentioned that the biggest issue Stellaris currently faces is the game playability itself. Depending on how many factions you have playing, somewhere around mid-game it can start to stutter and get hit with some bad framerate. With time I’m confident that this will get patched and fixed, but in its current release state, it mars what is a great expansion.

Tags: grand strategy, megacorp, paradox interactive, review, space, Stellaris, stellaris megacorp
Summary
Overall Stellaris: Megacorp brings a fair bit of new things to the game as well as changing some of the older systems. It may take a while to get used to the change, but it should prove to lengthen the longevity of the game. The new factions add great flavor and a different way of playing. The game stuttering and sometimes freezing midgame and beyond is the biggest issue with this DLC. You may want to wait a bit for some patches on this.
Good
Bad
8
Great 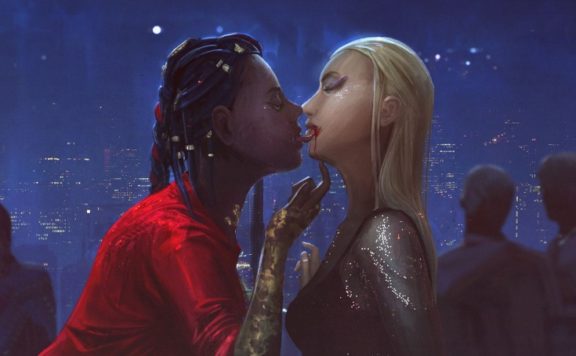 Paradox Interactive is dipping back into the well of grand strategy gaming with their newest DLC for Stellaris. Megacorp changes things up a bit by bringing an economy based expansion allowing players to become an all-powerful CEO of the sa...
1
Average User Rating
1 vote
Have Your Say!
Your Rating: 0
Submit
Write A Review
Genre:Grand Strategy
Developed By:Paradox Interactive