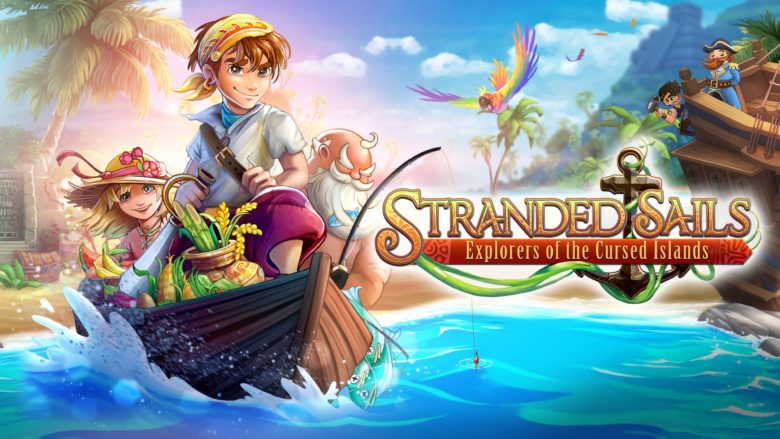 When you see the words “open-world,” “lost at sea” and “survival” thrown into one paragraph every adventure loving gamer’s eyes light up which is exactly what German developers Lemonbomb did to me with Stranded Sails! I got pirate tingles, my favorite kind of gaming tingles and couldn’t help but get excited for this opportunity to bring you our Stranded Sails Nintendo Switch review. 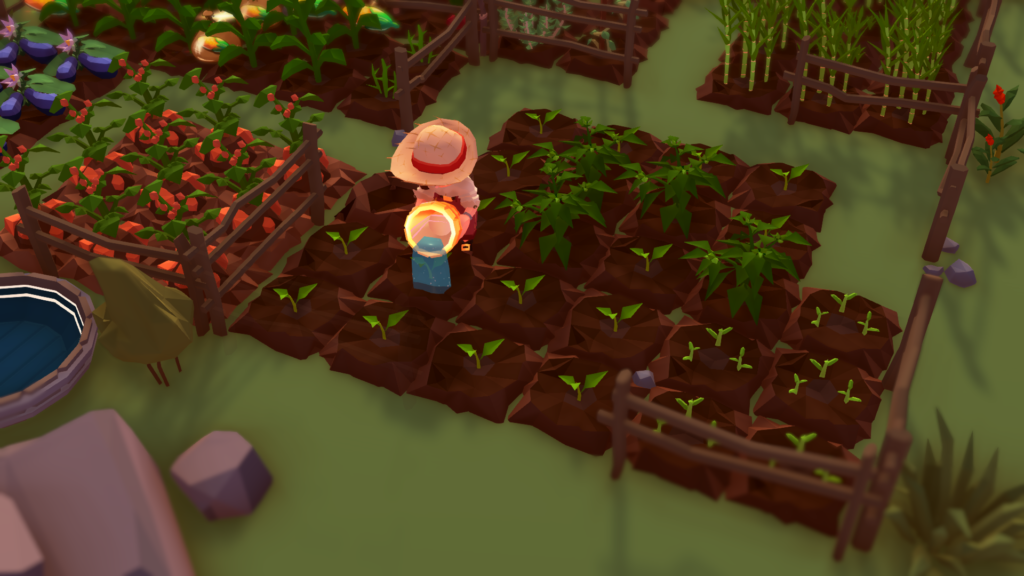 Before I even logged in my imagination took off on me! I was imagining campfires that upgrade over time to stoves and wooden huts that turn into mansions – the island loaded with exotic foods, fish and treasure! I wasn’t too far off however I may have set myself up for a graceful fall because the simplicity of the world of Stranded Sails is charming, some of its mechanics ingenious however I was thrown off very early with the tutorial guided progression woven in with the story for the entire game.

Stranded Sails starts off with you boarding a ship whose captain gives you assignments to get the ship ready for departure, upon the oceans you hit a storm and wake up on an island. Just like that your captain then wants you to find the crew and set up camp starting with the farms, followed by the stove and food. Each new process comes with each crew member you find who has the skills required for you to carry out these crafting professions. Food quickly becomes the most important part of Stranded Sails which I wasn’t expecting so I felt like I was playing a “Gilligan’s Island” version of Overcooked in slow motion (without the comedy,) which might be appealing to some folk however unlocking recipes for meals became a chore fast as you work out what food, goes with which and in what order. 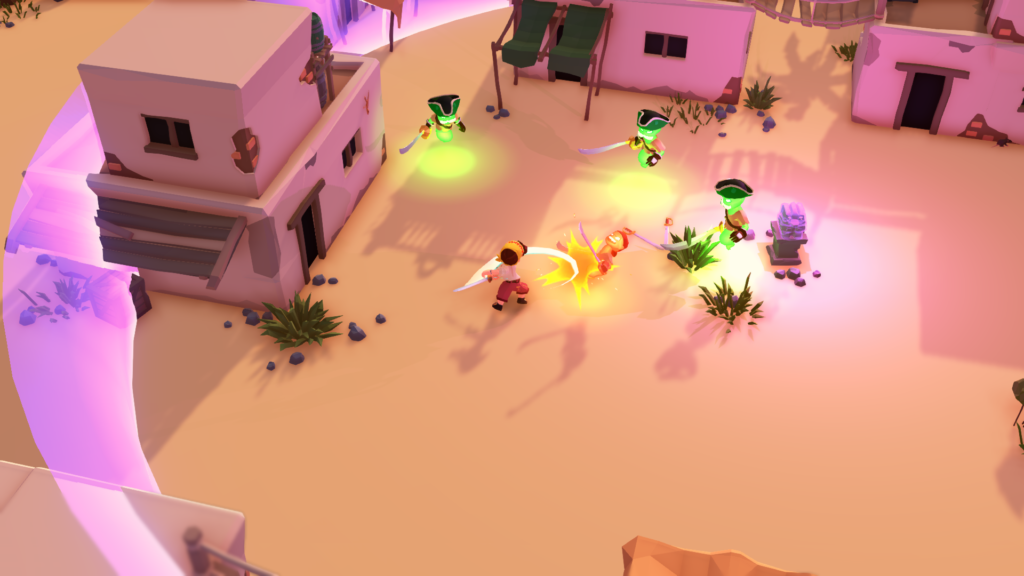 The importance of food highlights your use of stamina, everything takes stamina – from digging holes to cutting down trees and fighting (yes there is combat!) but I’ll be honest with you. I found it easier to just let my stamina run out sometimes as there is no consequence to it except waking up next to your bed which is a fast way to travel back to the shipwreck! As I touched on earlier, yes there is combat which really took me by surprise because as you adjust to this new digital world there is this slow pace that had me wanting to push a fast forward button often but at other times was relaxing so when I came across my first angry mob it just seemed so out of place I almost felt sorry for it. Not enough to not kill it though!

Playing Stranded Sails on Nintendo Switch as a handheld was fairly straight forward, there is a TON of clicking on that A button. Using R to navigate every menu wheel took a little getting used to but is super handy once you get the hang of it! Stranded Sails is the perfect vacation game to keep your little ones entertained on that long drive!

Stranded Sails has so much potential. I would love to urge Lemonbomb to take a more storybook approach like Little Dragons Cafe getting rid of the tutorial style narrative it currently has that makes it difficult to immerse and just enjoy. There is a definite lack of freedom in Stranded Sails also that I wasn’t prepared for. I wanted to make my plots even bigger, build higher and fancier, connect islands and raise animals. I really wanted to explore the waters and lands like any ocean-adventuring soul with dreams of pirates might want to do but I just didn’t find this kind of fun anywhere and truly felt stranded.

A key was provided by PR for Nintendo Switch for the purposes of this review.

Tags: adventure, Farming Sim, nintendo switch, pirates, puzzle, sea, simulator, single player, steam launch, story driven
Summary
Stranded Sails is the perfect game for those who enjoy learning and structured game play. I found every new discovery exciting, cooking food for my crew rewarding and fishing as always put me in my zen zone but unfortunately I did not get the adventuring survival I was hoping for which is a shame really because it is also obvious that a lot of hard work has gone into this title as a studio and I look forward to watching Lemondrop evolve.
Good
Bad
4.8
Poor
Previous ArticleBethesda reveals $100 per year Fallout 76 subscriptionNext ArticleA huge upgrade crops up for Farming Simulator 19 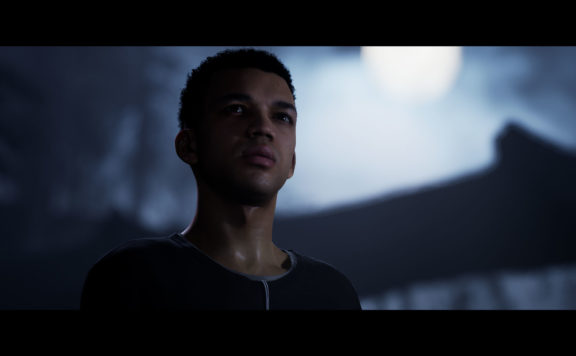