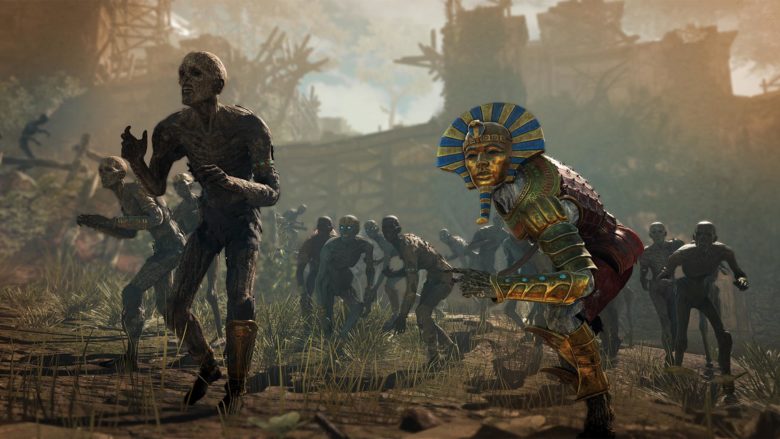 Did you have a chance to check out the Strange Brigade coverage from EGX Rezzed? If not, Strange Brigade developed by Rebellion is a 1930s Co-Op adventure that melds the Golden Age of the Silver Screen with fast-paced, exciting gameplay that features monster, puzzles, and treacherous traps for up to 4 players.

In the newly released story trailer, you follow the Brigade to Egypt where they are seen battling the undead, Anubis golems and vicious scorpions while they uncover ancient relics and defeat the Egyptian Witch Queen. The Strange Brigade will battle through several areas utilizing guns, magic and their steely determination to complete their task in an Indiana Jones style adventure melded with campy monster movies. The video shows exciting 3rd person gameplay that includes tricky puzzles and manoeuvres to circumvent deadly traps that mean to stop you from saving Egypt and the World!

Preorders are on sale now, and every pre-order included the FREE Secret Service weapons pack which includes the butter-smooth Wilkers & White P19 pistol, the piercingly precise Stoudenmire 960 submachine gun, and the punch-packing, one-of-a-kind Gehrig-Delgane S1 rifle. A Deluxe Edition will also be offered which will include the game and Season Pass in one great value-for-money bundle. Post-launch Season Pass content will include new campaign missions, characters, weapons, items and more. 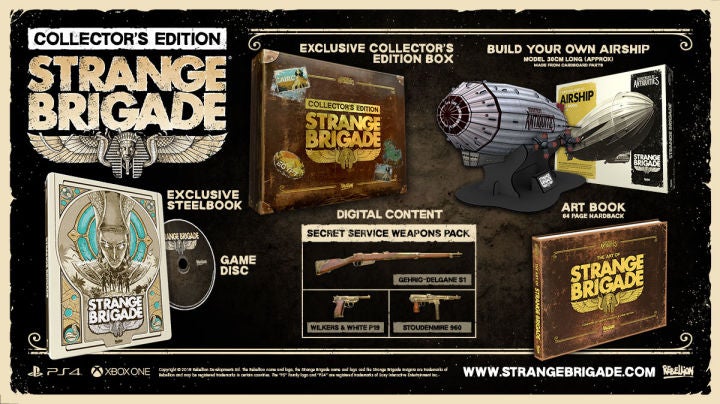 Finally, for those really digging the Strange Brigade Vibe, the Collectors edition will include the Strange Brigade® boxed edition (PlayStation®4 and Xbox One only), the Steelbook case, the Secret Service Weapons Pack DLC, an Airship model, a 64-page art book and an Exclusive suitcase design and sleeve

Find out more on Strange Brigade on their website StrangeBrigade.com and check out all of our coverage of EGX Rezzed including an exceptional first-hand account of Strange Brigade on last weeks Podcast of the GameSpace Game Show.

Written by
Steven Weber
Steven Weber is a writer, he also loves to game. He produces several streams, all of dubious fame. If you’ve ever wondered, “How does he spend his time?” It’s spent writing this biography and trying to make it rhyme.
Previous ArticleOur Review for A Robot Named FightNext ArticleNintendo’s Annual Profit Exceeds 500%