Long running MMORPG Tera is bringing a brand new brawler to Playstation 4 and Xbox One as part of the Fists of Justice update.

Landing today, the latest addition to this MMORPG from publisher En Masse bunnydles a whole host of new features. Most prominently a new class of deadly warrior joins the fray. The cute but deadly Popori race can now roll through Tera as a brawler. The brawler class brings their fists to the fight, using gigantic gauntlets to prove a point. The popori brawler combines punch and counter combos to take on the array of new content that Fists of Justice brings to bear against players.

On top of the new class updates, adventurers in Tera can try out some new content. Anybody at level 65 can drop int the newest dungeon, called Antaroth’s Abyss. The expected army of guardians, traps, and painful-looking devices will attempt to slow down any flat-footed heroes hopping to get through the newest dungeon unscathed. With enough strategy and might, Ghergof, Lalioth, and Antaroth shouldn’t be too difficult to overcome at the end of this experience.

As a final surprise for this update, players will now be able to change existing accessories into the new Abyssal items: The Abyssal Pendant, the Abyssal Earring, and the Abyssal Ring.

Tera is an action-orientated MMORPG that challenges players to aim, dodge, and time attacks for an intense and rewarding tactical combat experience. Taking place in a fantasy world, it originally launched on PC before making the jump to console where it combines action combat with a range of PvE and fast-paced PvP encounters. Rather than make console commanders level up through this content from scratch, Tera will allow human brawlers to utilize the Race Change Voucher to transform a fully leveled brawler into a furryious popori brawler. It’s probably enough of me rabbiting on. You can get a glimpse at the popori in the latest release trailer or head over to the official website for more information. Tera is available now, for free, on the Xbox and Playstation Storefronts.

Written by
Ed Orr
For those of you who I’ve not met yet, my name is Ed. After an early indoctrination into PC gaming, years adrift on the unwashed internet, running a successful guild, and testing video games, I turned my hand to writing about them. Now, you will find me squawking across a multitude of sites and even getting to play games now and then
Previous ArticlePokemon Go PvP arrives in GO Battle LeagueNext ArticleJourney To The Savage Planet Review 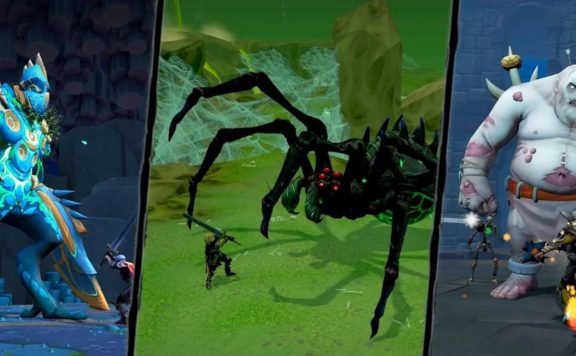