Psychologists say that November and December are the most dangerous months in terms to get stress. To prevent depression from taking over the body, it is recommended to take a vacation, lie down in the sun, and swim in warm water. Test Drive Unlimited 2 is what the doctor ordered – resorts, sun, nightclubs, and casinos. And cars, of course.

Do you remember how it all began…?

Tastes and preferences are known to be extremely volatile. At the beginning of this millennium, the favorites once again turned out to be the series Need for Speed, with all its street racers around the city at night. However, several years later, an abundance of neon, nitro acceleration, drift, and drag began to cause persistent hiccups among fans of high-quality car arcades. Everyone began to wait for a radical change in course, and in 2007 it did happen – the world saw Test Drive Unlimited, a race from the Eden Games studio.

The authors of Test Drive Unlimited managed to catch a lucky break, this game attracted attention not only from the racing side fan but also for its unusual concept. It turns out that to enjoy the auto arcades, it is not at all necessary to take part in all competitions, fight with the time and try to get ahead of the competitors. You can feel at your best with the help of much more interesting things – just riding with the breeze on a giant island, exploring all the surroundings, and thinking about a new interior for your vehicle. Many people liked to spend time in style as “life behind the wheel”, and Test Drive Unlimited acquired a solid community, which began to look forward to the appearance of the second part of the game.

The first launch of Test Drive Unlimited 2 evokes associations, oddly enough, with The Sims – a group of young people have plenty of fun at a party. There is nothing unusual in this – the events unfold on the Spanish island of Ibiza, which is hard to imagine without music and loud parties. As it turns out, our main character (heroine) is among those actively moving the body – you can choose from several persons. Little by little, the developers bring us up to date – working as a valet in one of the hotels, the protagonist dreams of becoming a racer and winning the local series of competitions under the general name “Crown of the Sun”. Needless to say, very soon we are allowed to fulfill the dream of the main character.

You can imagine what Test Drive Unlimited 2 is if you imagine the postcard landscapes of the islands of Ibiza and Hawaii – with luxurious vehicles, sun, nightclubs, and exotic estates. Even without any specific goal, in this world, each of us will find something to do. You can, for example, just roll wherever you look, viewing local attractions and studying the peculiarities of island traffic. After checking the map and GPS, you can start looking for some job related to the transportation of the local population – there is always someone late for an important business meeting, or was hanging out all night and dream of getting home as soon as possible. 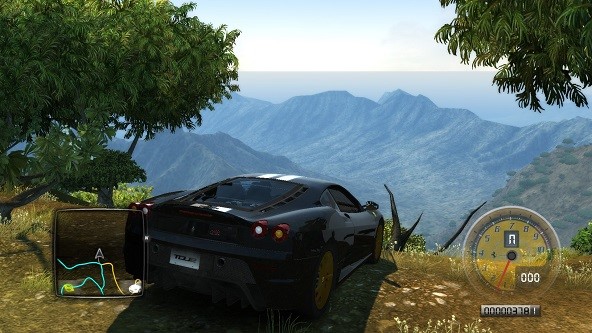 You can imagine what Test Drive Unlimited 2 is if you imagine the postcard landscapes of the islands of Ibiza and Hawaii – with luxurious vehicles, sun, nightclubs, and exotic estates. Even without any specific goal, in this world, each of us will find something to do. You can, for example, just roll wherever you look, viewing local attractions and studying the peculiarities of island traffic. After checking the map and GPS, you can start looking for some job related to the transportation of the local population – there is always someone late for an important business meeting, or was hanging out all night and dream of getting home as soon as possible.

To embody the main goal of the character- winning a series of championships under the general name “Crown of the Sun” – you will have to sweat a lot. In the beginning, you will need to qualify and receive an appropriate diploma at a driving school. After obtaining the right to drive a certain type of car, you can start races that are well known to fans of racing simulators – an ordinary race, race against time, race by checkpoints, maintaining a certain speed on the route, etc. As a rule, rivals in a single-player game are not particularly difficult.

The developers have added online casinos to TDU 2. But the funny thing is that the craftsmen managed to break the system and there is a way to play at an online casino without online. For obvious reasons, we will not describe this method here, but you can easily find it on the Internet. The casino offers roulette, Texas poker, and several slot machines. Final tournaments are sometimes held to determine the best player on the island. All players have the same chance to win, open up to 10 new levels and unlock elite car models: Spyker C8 Aileron Spyder, Audi R8 Spyder 5.2 FSI Quattro. You can also win new furniture for the home, unique stickers for vehicles, and a couple of fashionable outfits for the character. 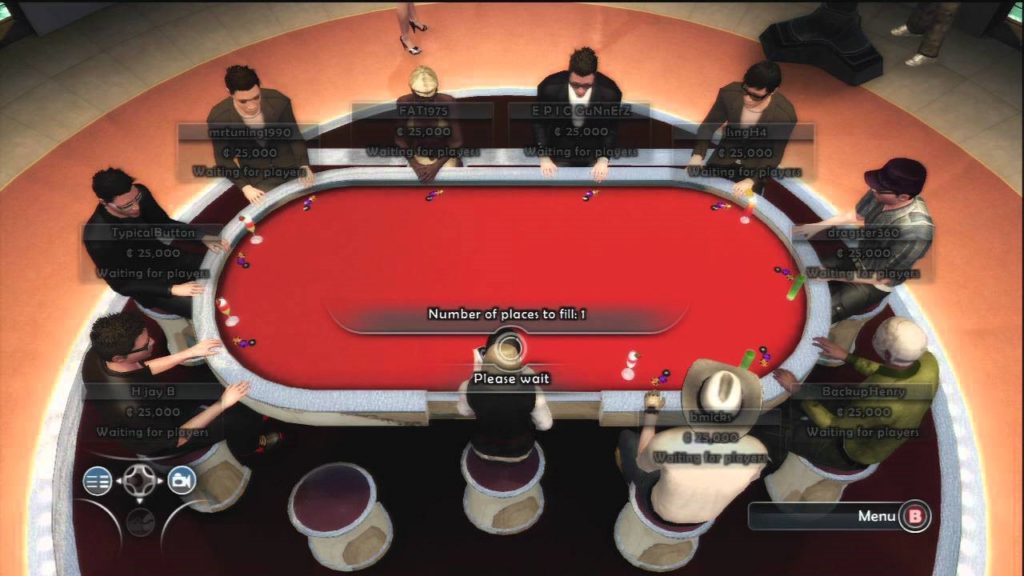 As you can see, the team of creators, approached the development of the casino DLC very seriously. Apparently, Eden Games decided that the fabulous life on the paradise islands without a casino is defective and decided to fix it. Moreover, they made this add-on mandatory, because only after visiting an online casino you will have access to additional skins and vehicles. And for real fans, it is very important to collect a complete set. So you will have to play btc casino games anyway. But maybe some of the players will be confusing because they don’t know how to play blackjack or poker. Well, today a lot of information on the internet, about how to play at an online casino. Therefore, you will easily get all sets of skins and feel the thrill of playing TDU2 to the fullest.

This DLС has another interesting feature that developers added, and for that time this feature was unique. The fact is that in the game at the online casino there is a semblance of cryptocurrency. I don’t know what the creators of the DLC wanted to say with this, but in 2011-2012 bitcoin was just starting to grow, and most of the other cryptocurrencies did not even exist yet. Yes, today the situation is completely different and you can find many online bitcoin casinos on the Internet. But did the developers really foresee such popularity of bitcoin, probably no one will know. BUT, young reader, remember, we are talking about casinos as a game, not as real gambling, there is a big difference between them. And also you have to remember, gambling is strictly 18+.

The main goal of online is, of course, it’s a fight with other players, you have to find opponents and challenge them to battle. In such races you will have the opportunity to win a car, money and, of course, a reputation. The main character can “grow” up to level 60. Precious experience points can be earned not only through victories in various competitions but also in many other ways. For example, by making a special photo or playing casino online. Overall reputation and experience are categorized into four types. The first category is “Travels”. This way of earning money and reputation will be suitable for lovers of taking pictures against the backdrop of magnificent landscapes and “treasure hunters” – seekers of the wreckage of old cars. The category “Fashion” is a good reason to go to a hairdresser, a clothing store, and even a cosmetology center, where for a decent amount our protagonist will undergo plastic surgery to change the appearance. With the category “Races” everything is clear, and the remaining “Contacts” speaks for itself – points are awarded for new friends, correspondence with them, and everything else. Thanks to this category online of this game are still alive.

It would not be an exaggeration to say that it is online that serves as a driving force for raising your status. For example, when you having saved enough money to buy a luxury villa after purchasing you can immediately invite friends there and have a lot of fun. The same situation with “vinyl” for the auto – if in a single-player game you can easily do without them and not even pay attention to it, but in the online attitude to “stickers” is completely different. Look – painting a car entirely in a different color costs about two thousand game coins – the amount is quite insignificant in this virtual world. And now all the attention is paid to a small sticker that will take its place on the hood – its cost is rarely less than fifteen thousand games coins. Now imagine what feelings and what effect is caused by the car of some dandy, full of “stickers”, the rest of the players – how much money he “threw” into it! But “parrot” vehicles surprise only at first, if you have at least some sense of proportion and taste then nationwide recognition and attention are guaranteed to you.