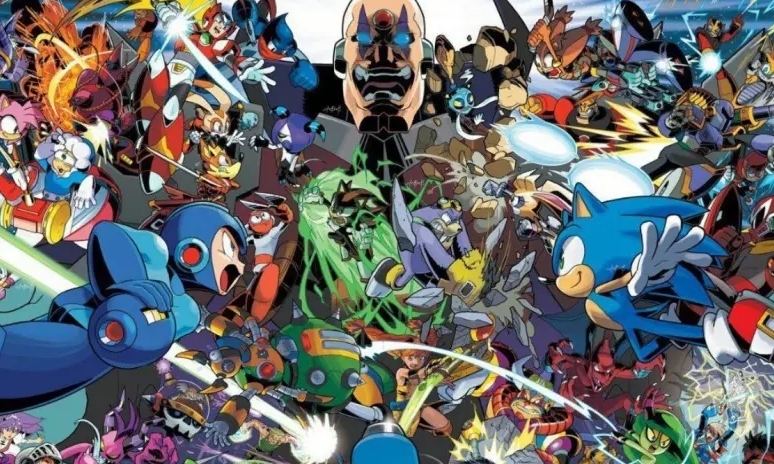 Recently, Ed Boon tweeted about wanting a Sega vs. Capcom fighting game. Boon is the creator of the Mortal Kombat fighting games so he knows what he is talking about. The original tweet from Jolly J showcases a giant mural of Sega and Capcom characters and it looks like an amazingly good time.

Somebody MAKE IT SO! https://t.co/ku092LVyHv

The picture was from a 2015 comic book crossover and it makes fans of the two groups want a game that much more. Jolly J wanted to make a point that a crossover event had already happened but it didn’t involve the characters in any meaningful crossover title.

This is what Ed responded to as shown above.

People want Sega vs. Capcom. More than that some people, myself included, have been waiting for Marvel and DC to crossover and have a fighting game together for a very long time. With the way the movies are going if Marvel was given the opportunity to direct this movie they would probably do better than the guys at DC with their characters.

Written by
Chris Bowman
Long time game enthusiast and writer. I have beta tested a lot of Mmorpg's since I was thirteen including Star Wars Galaxies, Lord of the Rings Online, and Star Wars The Old Republic. Currently attending The Art Institute of Pittsburgh for a degree in Game Art and Technology.
Previous ArticleKing Arthur: Knight’s Tale Will Get Free Content Update in JuneNext ArticleAge of Empires III: Definitive Edition – Knights of the Mediterranean Teaser