Are you a fan of Hong Kong shoot em up action thrillers like the movies that John Woo directs? Have you ever thought about what it might be like to be Chow Yun Fat as he goes diving head first in a gun blazing rampage of vengeance? The Hong Kong Massacre seeks to give you that feeling in a top-down shooter. Do they succeed? Let’s dig in and find out. 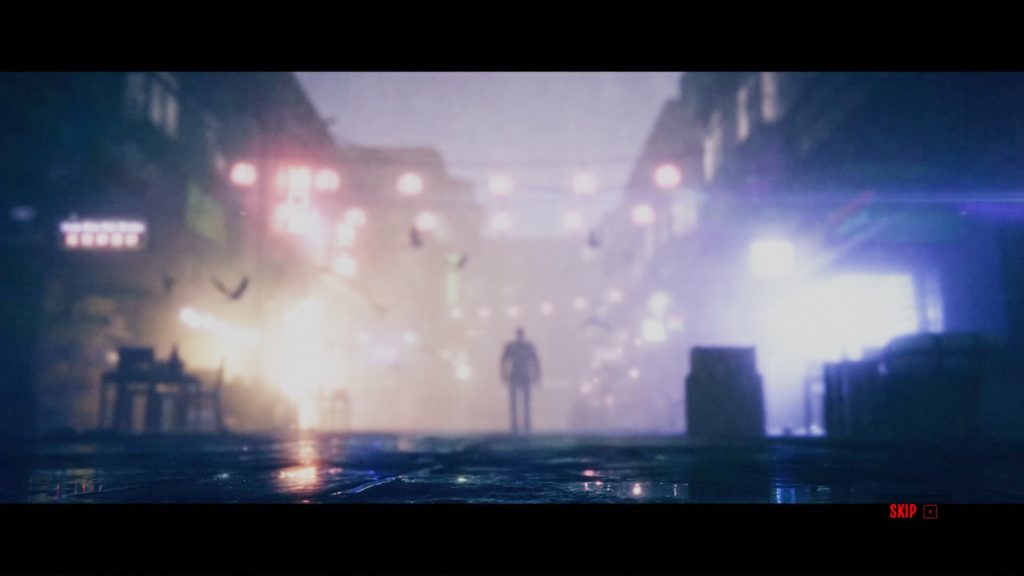 The Hong Kong Massacre has above everything else its own style. The rain runs heavy in the streets of Hong Kong as your character lashes out at the seedy underworld for the wrongs they committed against you and your fellow police officer. The first thing to notice in the game is the style it presents to you. The theme and atmosphere are reminiscent of various John Woo movies (if you haven’t watched one of his movies, do yourself a favor and go watch A Better Tomorrow or Hard Boiled and not Face Off). This is given to you with the art style, a gritty rain-slicked background as you dive headfirst through windows with bullets flying through the air around you and at your foes.

One shot kills both you and your opponent and its back to square one to try it all over again. The dodge mechanic in the game allows for invincibly while dodging making the move not just stylish, but necessary at times to survive the onslaught of foes. Add to this the ability to slow time down and it can make a difficult situation, easy.  Cutscenes are scattered throughout the game with the same feel and style to them. Unfortunately, they only tell bits and pieces of the story as your character just sits there saying nothing. It could be argued that being the hard-boiled killer he now is maybe he doesn’t talk much but some lines could’ve helped to flesh the character out and make the player care more. All of this is given a great backdrop from some very good music.

While the style of Hong Kong Massacre is there in spades and sets a great tone and mood, what’s underneath it may matter more considering the nature of a top-down shooter with one shot kill mechanics. If you’ve ever played Hotline Miami then you’ll have an idea of the playstyle in this game. Going from room to room with your weapon of choice, sometimes crashing through windows pistols blasting out hot death to those in your way. The dodge and slow time mechanic are a way that the game sets itself apart, but using both together can often make some parts ridiculously easy. Just because they are there doesn’t mean you have to use them. There are even achievements for not using slow time during a level. Getting that achievement gives you a star which you can use to unlock all four weapons or upgrade them. The controls were ok, the controller felt better to use than keyboard and mouse. There seemed to be some input lag though at times which definitely hurts the game. The gameplay needs some work, the repetitiveness was kicking in earlier than I would have liked to see and the boss fights seemed more grind than skill. 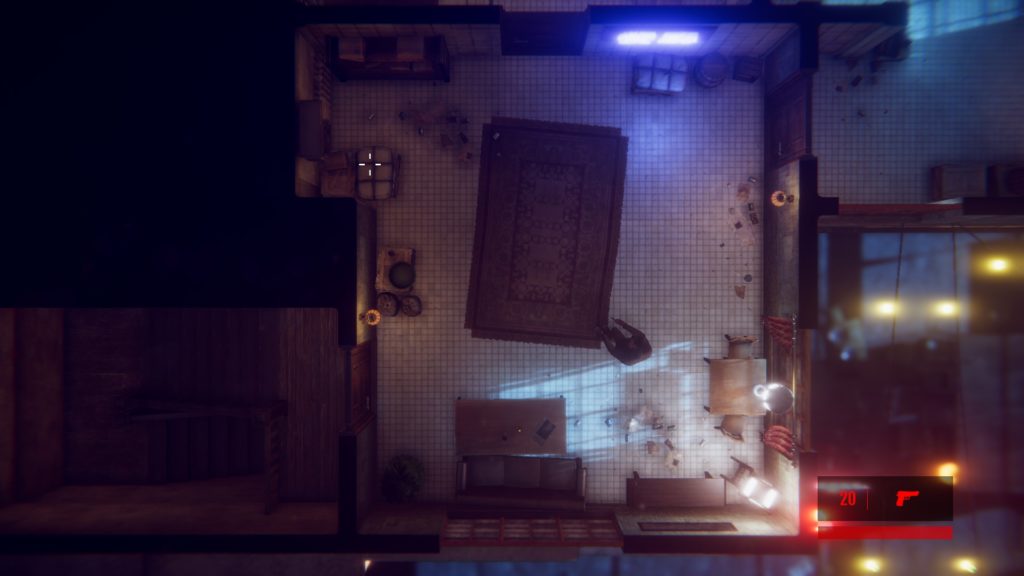 It wouldn’t be a proper shoot em up unless you had various weapons to use. The Hong Kong Massacre provides you with four choices to dish out murder and mayhem. You have your traditional dual wielding pistols, a pump action shotgun, an SMG which can be upgraded to dual SMGs and an assault rifle. Of them all the pistols with their faster run speed and spray seemed to generally be the better weapon. Some more choices would have been nice including a melee weapon to round them out. The shotgun and assault rifle seemed underwhelming compared to the pistols.

Tags: The Hong Kong Massacre, top down shooter
Summary
Overall The Hong Kong Massacre is a fun game that definitely delivers in the feel of those Hong Kong action movies. But input lag with controls and repetitive levels take away from it. More weapons or weapon choices that actually seemed to matter would’ve helped the game as well. If you like this type of game, in this setting and don’t mind a few issues it’s worth the buy at its budget price.
Good
Bad
6
Fair

Are you a fan of Hong Kong shoot em up action thrillers like the movies that John Woo directs? Have you ever thought about what it might be like to be Chow Yun Fat as he goes diving head first in a gun blazing rampage of vengeance? The Hong...
0
Average User Rating
0 votes
Have Your Say!
Your Rating: 0
Submit
Write A Review
Genre:Action, Shooter, Top-down
Publisher:vreski