The Medium launches today, marking the latest instalment in Bloober Team ’s own house of horrors, yet after taking a visit to the Hotel Niwa, I think I might be in need of some more R&R.

Since 2016 Bloober Team’s Krakow based development team has been on something of a roll. Over the last five years they’ve cranked out Blair Witch, Observer: System Redux and Layers of Fear, all eerie adventures intent on freaking out the masses that have gotten steadily more audacious. It seems almost fitting that after early claustrophobic adventures in Layers of Fear and Observer’s apartment of horrors that this time around The Medium is a whole world more ambitious than I had expected.

Dragging players out into the wilds of Poland, The Medium is yet another horror from the polish studio but far from a rehash of previous encounters. Following the fate of a girl and gifted medium named Marianne, The Medium is a narrative driven psychological adventure that seems to draw inspiration from classic horror encounters while adding its own new twist.

More than just upping the ante in terms of size and complexity, it is quickly clear that the Medium is the culmination of Bloober Team’s previous pieces while riffing on ideas that you fans of horror titles will likely recognize. The most obvious of these changes to the usual slasher script is The Medium’s main protagonist, Marianne. An orphan with a blurry past, Marianne has the gift, or curse, to slip between the cracks in our reality. She can interact with items that exist on both reals, glimpse through the veil between life and death, and even walk between our own lives and the spirit world, giving her an unusual level of insight into a very particular set of situations. 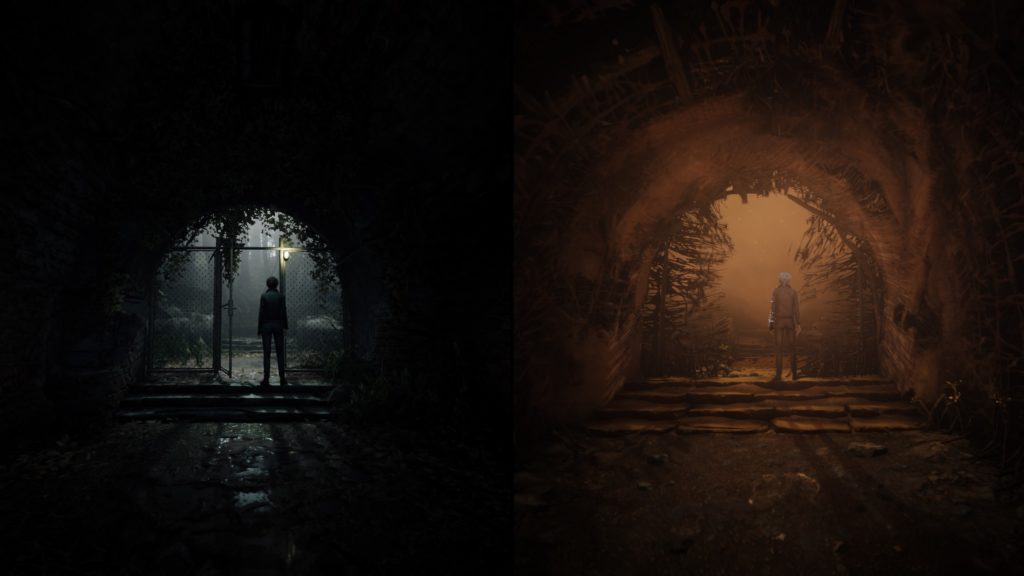 Opening the door on Marianne’s childhood home for the first time reveals a reconstruction of an apartment block that you might already know from Observer: System Redux. The impressive graphics and gritty realism that decorate the apartment block are light years away from the neon dystopia that Observer: System Redux plugged into. Very obviously taking the lead from genre classics like Resident Evil, you’ll find a familiar fixed camera approach, giving an opportunity to mooch around the apartment of her recently passed father figure, and an obvious opportunity to try out the game’s control mechanisms.

Thankfully, there is little in The Medium that is particularly overwhelming at first. Intuitive controls and a solemn narrative allow players to absorb the melancholy atmosphere of the opening funeral home all without having to cut and run for their lives. This also gives players a chance to feed the cat and take an initial glimpse at the other side of life. Throughout The Medium, Marianne peers beyond the gloom of our own reality into a very different hellscape. This unusual idea isn’t just a game mechanic, it is a barren desert filled with twisted sandstone and tortured shapes that acts as a counterpoint to the emotional rhythm of the game. The influence of Polish artist and photographer Zdzislaw Beksinski on the construction of this almost alien environment is obvious and as The Medium progresses, things only get stranger.

The bulk of The Medium tale takes place in an abandoned holiday hotel called the Niwa which Bloober modelled on a real world hotel in Krakow, Poland. This version, however, lies abandoned in an untamed forest. The dilapidated brutalist architecture and art deco interiors are uncomfortable enough on their own in a modern age of glass and steel, but that’s far from the worst thing that you’ll encounter. Traditional horror tropes abound here. Shadows hide the remnants of a horrific event, blood decorates the crooked and incredibly detailed remains of this forgotten hotel, while something undead crawls through the corridors.

Despite, and possibly due to the limited amount of exploration on offer, The Medium is able to build on those familiar scare tactics in a concerted fashion. Easily dismissed attempts to unsettle in an eerie lobby are ratcheted up as Marianne uses her gifts to dive into the energy and memories that surround the hotel. Inspecting possessions unveils a snippet of the lives and deaths that still lie within the Hotel Niwa. Fantastically fully voice acted snippets are pumped straight into your ears as an appetizer of what’s to come as Marianne sifts through photographs, handles broken electronics, and inspects hastily discarded possessions. There are some happy memories dotted here and there, creating Spirit Wells that provide Marrianne with some power to shield herself or fight off the more visceral dangers, but there’s no mistaking this adventure isn’t going to be a tea party. 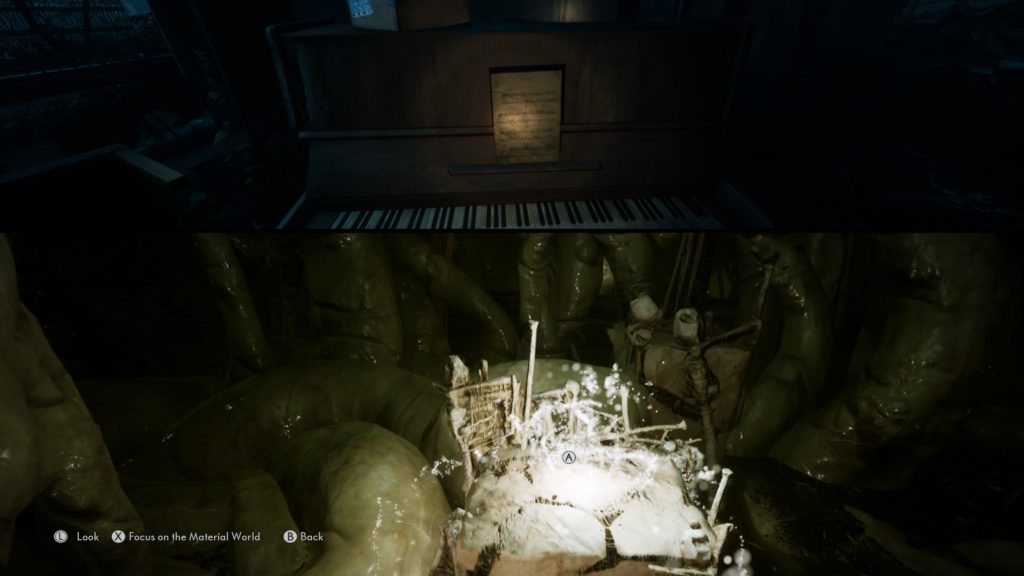 Instead of a trip down the rabbit hole, players eventually get to see the Hotel Niwa in all its contorted glory. The trapped souls, constricting corridors, and cancerous tentacles that hold the hotel together are uncovered as Marianne continues to glimpse into memories that feel like they might swallow interlopers whole. Graphically, these backdrops look utterly stunning. While The Medium is not a big budget title, it is clearly a next generation game. Loading up the Direct X 12 option gives the haunted hotel a whole new lick of paint alongside some ray tracing features, ultimately making everything feel less regimented and more unpredictable when you’ve only got a flashlight to hand. Accompanying the spooky scenes is an excellent set of scores from Akira Yamaoka, who you might recognize from the Silent Hill series, and Arkadiusz Reikowski. These effectively delineate both the spirit and physical worlds with two very distinct soundtracks that play on a well-defined set of ideas.

The Medium isn’t all about atmosphere, however. There’s an evil that lies in the heart of this adventure and while I’m not going to spoil too much about the form of this antagonist, Marianne’s investigation quickly comes up against a force that its best to simply hide from. Once again feeling like a modern interpretation of classics like Silent Hill and the more recent Resident Evil 2, there’s a definite hide or run element that easily kept me on edge as I opened any new door ready to cut and run. The Medium uses this tale of two worlds and ever-present danger to excellent effect and manages some great pacing. Unsettling fleshy corridors, disturbing memories, and a rampaging monster are interspersed with find and fetch quests that work best when Marianne must explore both sides of the world. A great example of this idea comes when collecting pieces of a globe puzzle in the spirit world. Once fully constructed, Marianne moves the corresponding atlas in the real world and manipulate the walls around her spiritual reflection. This, and other puzzles that can even manipulate time provide a break in the more action-oriented chaos and a chance to freshen up an otherwise point and click styled fetch quest. 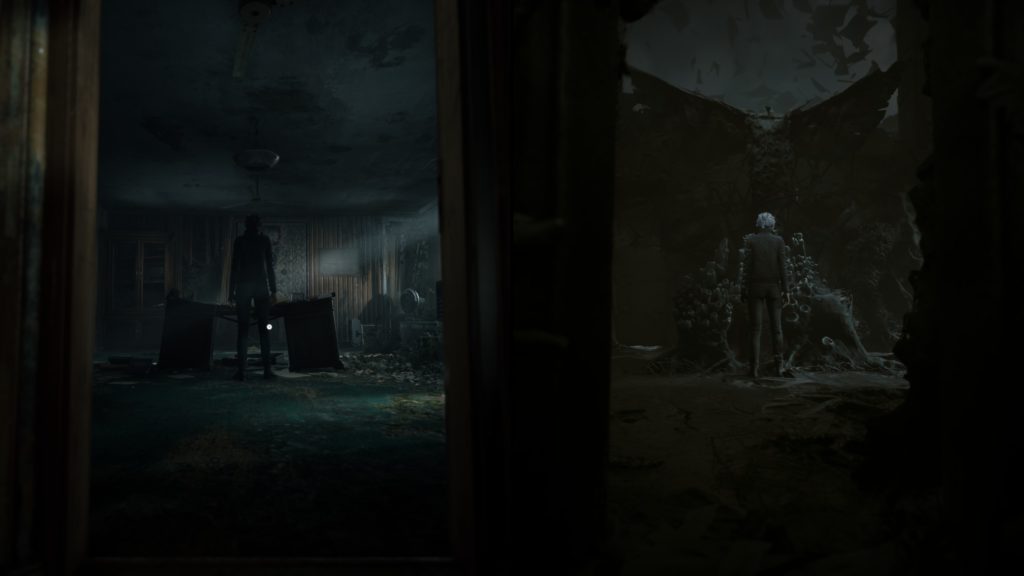 Don’t misunderstand, The Medium is linear and story heavy. If you thought that Resident Evil 3 was deceptively constrained, as we did in our review, then you can expect to notice that here too. That said, Bloober Team has done a fantastic job building an immersive and engaging experience around that narrative. I would have loved to see more options for exploration instead of story beats that actively gate the rest of the game, but I never felt like that the pacing held me back at any time. The two worlds that Marianne inhabits have very different perspectives and the many ways in which Bloober Team experiment with these interacting visions of the Niwa allow for plenty of varied, if not particularly challenging puzzles.

With a fairly direct narrative, this might not be the sort of game that you’ll head back to replay often but this is an experience worth picking up. Bloober Team’s latest story manages to be both unsettling and engaging in equal measure. The presentation is fantastic, the characterization and voice acting is great, and the nods to other horror tropes is knowing rather than sloppy. This team from Krakow clearly know their chosen genre inside out and while it might be hard to fully discuss this new horror title without ruining the twists in the tale, I can be certain that The Medium will make you think twice about your next vacation. if you’re ready for a captivating and intelligent horror then head over to the official website for more or pick up the Medium on PC, via Steam and Xbox Series consoles now.

A PC code was provided by the publisher for this review 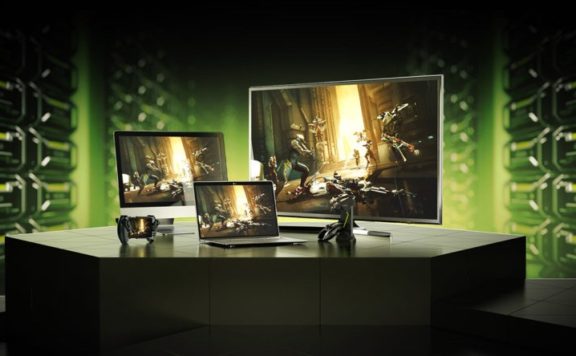 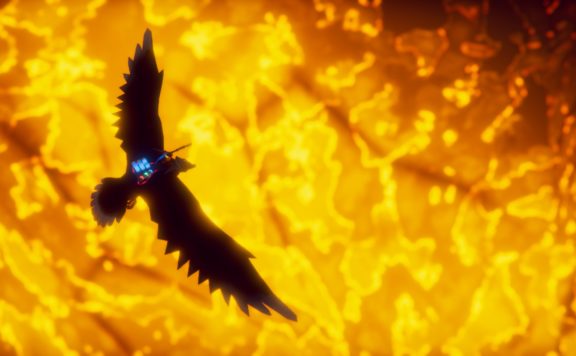 The Medium launches today, marking the latest instalment in Bloober Team ’s own house of horrors, yet after taking a visit to the Hotel Niwa, I think I might be in need of some more R&R. Since 2016 Bloober Team's Krakow based develop...
0
Average User Rating
0 votes
Have Your Say!
Your Rating: 0
Submit
Write A Review
Developed By:team bloober