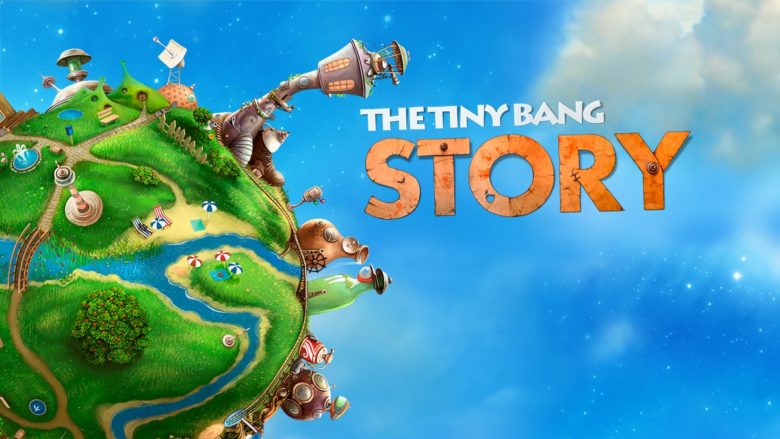 Every kid, and adult for that matter, hate going to the dentist. Growing up I remember one of my favorite things about going to my dentist is he always had current issues of Highlights magazine (for kids) in his waiting room. My favorite thing to do in a Highlights issue was the Hidden Pictures puzzles. Perhaps you have similar memories to mine about similar joys with Hidden Pictures type games. If so then you might like to check out The Tiny Bang Story by publisher Ellada Games and developer Colibri Games. This is our Nintendo Switch review of the puzzle game The Tiny Bang Story.

So What’s The Story? 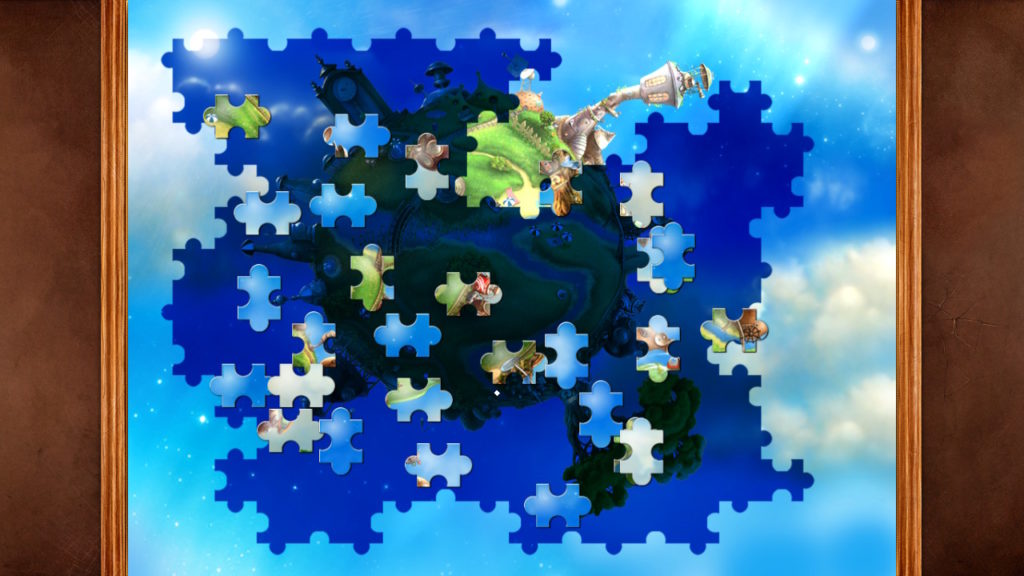 The Tiny Bang Story started on Steam PC, Mac, and Linux back in 2011. Since its arrival, it’s also appeared on iOS, Android and now the Nintendo Switch.

There is no dialogue to read in The Tiny Bang Story. The whole foundation of the game is presented in the opening scene. We’re shown the peaceful life of some “Tiny Planet”  sent into an unholy mess after being hit by a catastrophic meteor. The impact has fragmented the world into a literal jigsaw of puzzle-like pieces. Your job is to rebuild the planet. You accomplish this by solving each of five levels, containing various puzzles. You’re rewarded, after level completion, with actually putting the “Tiny Planet” jigsaw puzzle pieces back together to restore “piece”. An upside of no text in the game is that The Tiny Bang Story is indeed suitable for all ages.

Where The Hell Was That Apple Again? 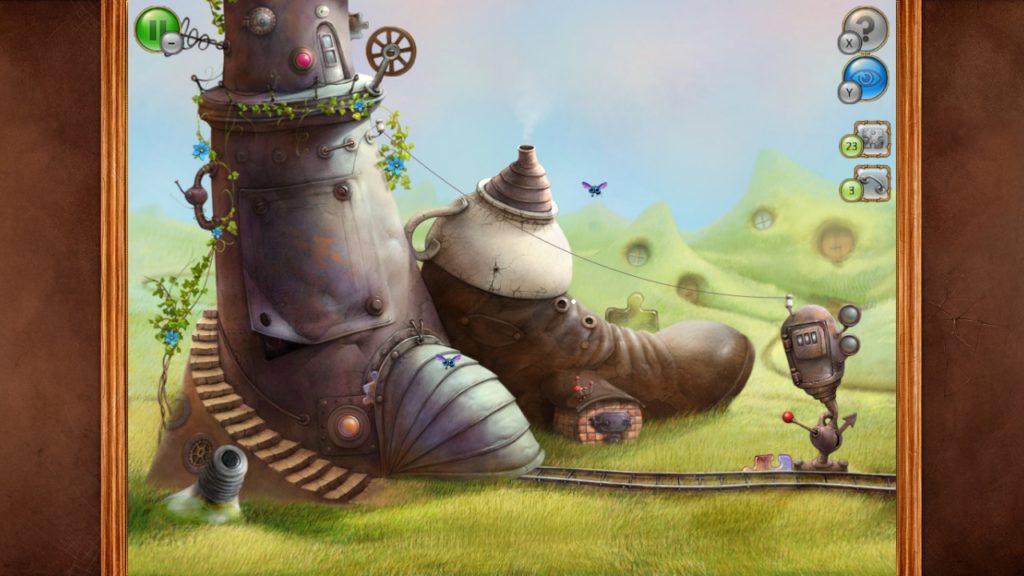 In The Tiny Bang Story, you click on items, unlock puzzles, and find puzzle pieces/items to solve those puzzles. There is a minor hints system, that being the Y button. The Y button will highlight a few things you can interact with. For a bigger hint on a puzzle, you can click on the buzzing flies. After collecting so many the “?” will fill-up. Select the X button and a hint is revealed. These were, for the most part, not very helpful.

Typically the beginning of each level is up to three screens wide. You can travel back and forth between screens (and you will do that several times believe me). One of the frustrations is you’ll come across something you know is important but you can’t pick it up until you’ve “unlocked” the associated puzzle. Once you unlock a puzzle it tells you what you need to find and how many of each item you need to find to open up the puzzle so you can solve it. 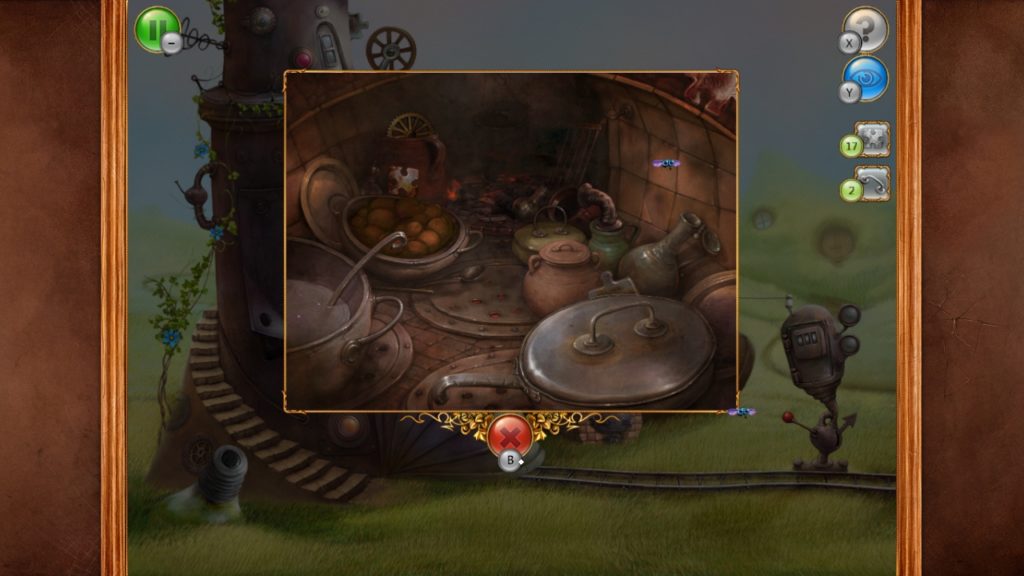 Typically part of the allure with puzzle games on the Nintendo Switch is that most translate well to being played on the go with touch controls. Herein lies the problem with The Tiny Bang Story achieving that goal. The game requires consistent pixel hunting that needs to be done to find some of these items. Many of them are well hidden and tiny which makes it a challenging pixel hunt sometimes especially in undocked mode. There are some items that are small enough that touching them doesn’t work either. You’ll end up needing to use the game’s “trailing light dot cursor” to select some things.

As puzzles unlock you’ll need to traverse the same screens over and over on a level. I swear that it seemed like actual jigsaw puzzle pieces only showed up after some length of time. Towards the end of a level, I would find jigsaw puzzle pieces in a spot that I swear didn’t have a piece five minutes ago. After awhile you’re not sure if it’s the game or your mind and eyes playing tricks on you. 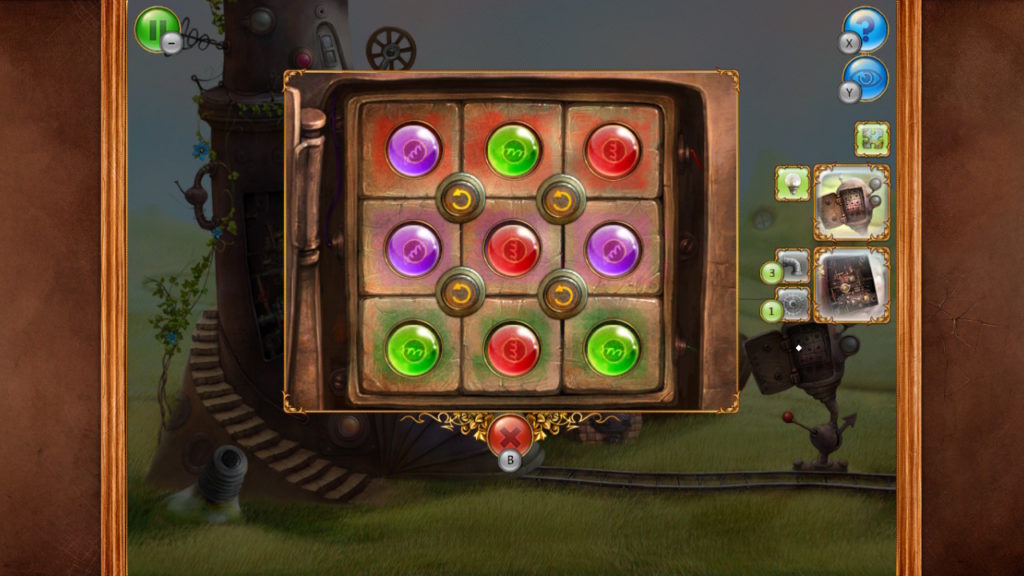 Among the five levels are twenty actual puzzles. Thankfully, the puzzles are relatively straightforward and fun to solve. For puzzle game veterans some of these might be a bit easy to solve though. Nevertheless, these puzzles were fun and memorable it’s just the act of getting to them and unlocking them that might cause you to pull out some hairs. There are some eye-hand coordination puzzles that aren’t too terrible to complete. There was a compass puzzle that seems to cause grey hairs for everyone. It might have been easier to do when you had a mouse but with touch controls or the Switch game’s trailing dot cursor it was near impossible, i.e. sheer frustration.

The ending is pretty lackluster as there is no real story content. With five levels you’ll probably finish in about seven hours. A good chunk of time being on observation, pixel hunting and re-traversing screens. But with a meagre price tag of $9.99 solving the twenty actual puzzles seems worth that price.

Tags: adventure games, Colibri Games, Ellada Games, Mystery Case Files, The Tiny Bang Story
Summary
The Tiny Bang Story is a puzzle game that is short in duration, light on a story but has some delightful puzzles. The biggest complaint is the excessive item hunting in some cases, especially in undocked mode. And with a finicky touch control system, it might not be the best puzzle game for "on the go" fun. For the meagre price of $9.99, it's still worth a play if for only to relive those Highlights "Hidden Pictures" pages childhood days!
Good
Bad
7
Good

Written by
Scott Jeslis
Scott is a comic book, music and gaming nerd since the late 70s. Gaming all began on the Colecovision and Atari 2600. He buys and reads new comics every Wednesday from his LCBS and helps run an online Heavy Metal radio station.
Previous ArticleBlizzard backlash escalates after a pro player is banned for supporting Hong Kong protestsNext ArticleDoom Eternal has been delayed to March 2020 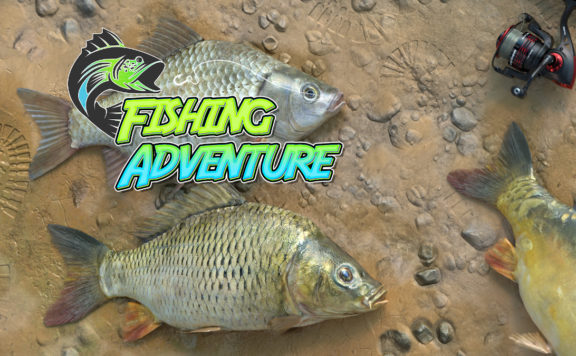 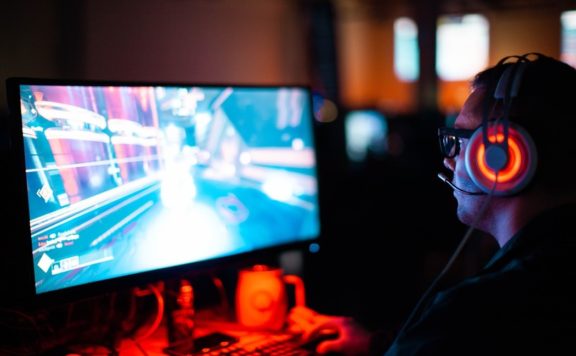 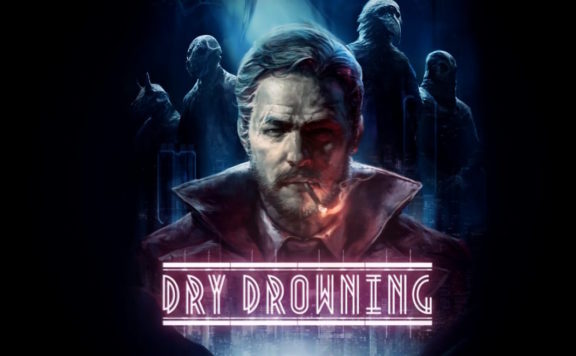