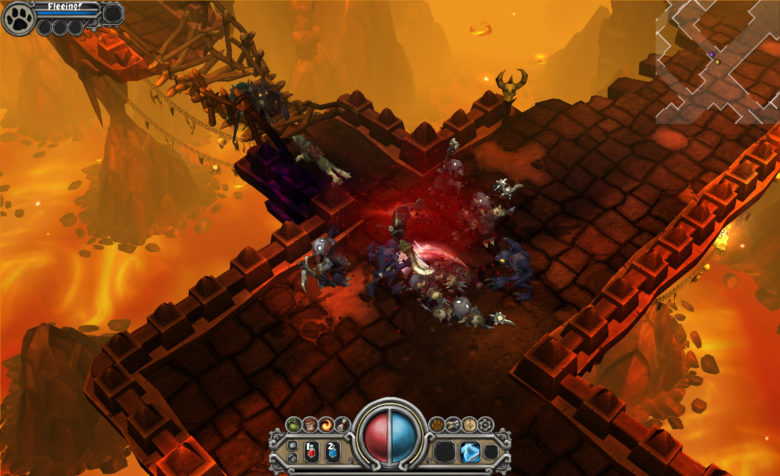 ARPG Torchlight is available for free in Epic Games Store for a limited time. The offer exists for PC and will run until July 18th, at which point EGS will offer a different game: Limbo.

Torchlight was originally created for PC in 2009 by Runic Games and then ported to Mac, Linux and Xbox 360. Players can choose between three playable characters: Alchemist, Destroyer, and Vanquisher. Explore seven lovingly crafted environments randomly generated with new monsters, treasures, puzzles, and items each time you embark on your journey. Don’t forget to bring your pets along so they can haul your items, help you in battle and unload your loot in the hub and bring you some sweet gold while you’re spending your time fishing.

Legions of twisted creatures, emboldened by Ember, have begun to swarm up from the caves below the sleepy enclave of Torchlight. In this critically acclaimed Action-RPG, you’ll choose from three powerful heroes to adventure the depths for endless treasure and glory. Your adventure is unique, through randomly generated environments with new monsters, treasures, puzzles, and items each time.

Written by
Catherine Daro
While growing up in the wilds of Russia, Catherine learned to talk, write and game at almost the same time. You can follow her attempts at latter two at MMORPG.com and GameSpace.
Previous ArticleAway: The Survival Series – Glide Into The Wild With Free PrototypeNext ArticleAnother Eden: A Cat Beyond Space and Time Review