The last couple of years have been kind to those wishing to re-live “oldschool” days of RPGs. Between Divinity: Original Sin, Pillars of Eternity, Sword Coast Legends and Tyranny many gamers managed to satisfy that unique itch. The one that yearns for the games that will not hold your hand but rather offer challenges at every step of the way (some more than others, but the point stands). Now there is another title waiting for its turn to test players. Enter Torment: Tides of Numenera by inXile Entertainment, a thematic successor to 1999th title Planescape: Torment. This is our Torment: Tides of Numenera review.

All titles from the above share one thing in common and it is also what sets all of them apart from Torment: combat plays a significant role in the gameplay process. And, while Numenera doesn’t shy away from the fighting, the focus of the game is set to story, character development, telling hard truths and asking players complicated questions.

As British science fiction writer, Arthur Clarke, stated in his third law: “Any sufficiently advanced technology is indistinguishable from magic.” The events of the game take place in a seemingly medieval fantasy world. It exists on the ruins of countless ancient civilizations and uses its remaining technical legacy in a rough analogue of artifacts or relics.

For example, Nanos. Nanos is one of the three classes of Torment, being a rough analogue of Sorcerer (in addition to warrior-Glaive and Jack, the mix of the two). They manipulate ancient technology, Numenera, to alter reality. It gives them such abilities as mind-reading, healing, teleporting and more. Seems like magic to me!

Admittedly, that part about tech had me worried. I am your high-fantasy gamer: elves, dragons, and magic, what have you. The start of the game was startling, and wherever you go, whomever you talk to has a piece of machinery on them or around them. However, the surroundings of Numenera grow on you and soon you stop noticing… as much. The intertwined medieval-like rough directness and ignorance of beliefs with advanced technology gives Torment a unique atmosphere that you cannot mistake for any other. 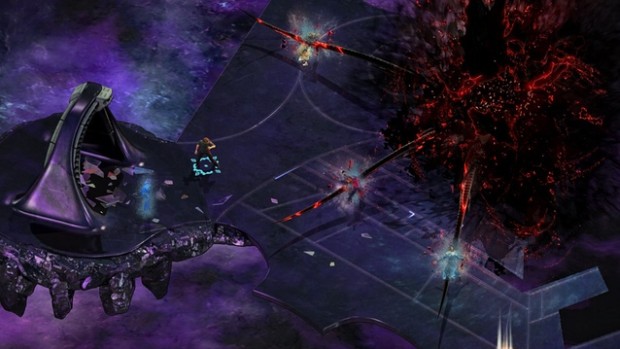 When I mentioned that Torment is going to test the players I was not kidding. The lack of quest markers and handy arrows came across as a hard blow to someone who is as geographically challenged as I am. While the Castoff’s journal helps by automatically adding notes on recent quest finds, it is not going to take pity on you and tell where exactly to go. While I might shake my fist at it and pout, I actually love it this way – just was spoiled by other games, I suppose.

While general controls and movement in the game will be familiar to any RPG player, many things in Torment are very un-intuitive or complex. Some of those are pool points (discussed more in detail below) and combats, which are a challenge every time however infrequent they can be. Oh, Torment also does not have a difficulty slider. It is just hard.

Note: I was playing on a PC with mouse + keyboard set up and did not experience any problems with performance or controls. However, fellow Torment-er, Chris Coke, had run into certain issues with console version.

“I’m really enjoying Torment so far. It’s a great game, but on PS4 there are definite performance issues pre-release. On the standard, non-Pro console, there are definite hitching issues. In the first city, I find the game hitching virtually every time I start moving. The load times are also an issue – super frequent (every time you enter a new room or small area) and fairly long, easily 20 seconds or more each.  These might be fixed in a day one patch, but as it stands now, the PS4 version definitely seems to lag behind PC.”

The usual RPG way is to give players a rough idea of the world, painted with broad strokes in the initial quests. As the time goes on, quests and dialogues add more and more details to the picture. Needless to say, true to its unique way, Torment does not do that. This world is unwilling to part with its secrets. And even when it happens, it does so reluctantly. You get a grain of sand-worth amount of details split across countless topics. It is like collecting a thousand piece mosaics and getting a handful of bits without the foundation or knowing what the end image should look like. Some things “click” into place immediately, others you have to meticulously work on to add them to the large picture and figure out what is going on. It is an amazing even if sometimes overwhelming feeling. Oh, and don’t forget all the new names for other races, aliens, technology and even curses. Skist! 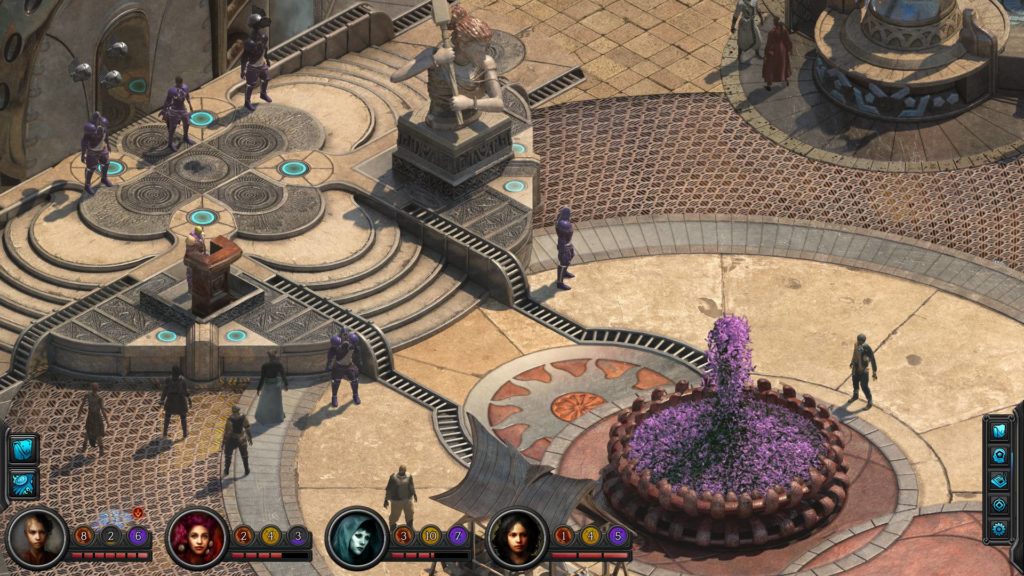 So get prepared to talk… a lot. Almost every character you and your party encounter has something to say to you or about you. Mostly done with a condescending sympathy mixed with pity at your ignorance in many questions. The dialogues vary from deep to silly, from sad to fun or downright creepy and usually offer many options for your character to choose. Tone of answer, the possible actions, usage of characteristics points (Speed, Might, Intellect), skills (Quick Fingers), traits (Lore, Machinery, Naturalist and more), all of that comes into play. Each one possibly leading to different results: how the quest will play out, whether or not you will be able to avoid direct confrontation and, in the end of all, the allegiance of your Castoff.

The Allegiance system of Torment is also unique to the game. Actions and words (but not intentions!) of your character affect so called “Tides”, causing a respective one to rise. There are five Tides: Red, Silver, Indigo, Gold and Blue. Each Tide represents “emotional and psychological reaction”.  For example, Red is Passion, Emotion and Action. Living in the moment. The two most dominant Tides of the protagonist affect those around them. This effect is known as “Legacy”.

Down the memory line

In addition to Tides, there is another interesting system to keep an eye on. It is the stat pools – Speed, Might and Intellect – and the way they are spent. To put it shortly, you spend them on everything. Do you want to learn more about a machine in hopes of it yielding something or impress someone? Intellect. Are you going to heave a boulder out of the way or intimidate NPC into submission? Might. Other party members can do some actions for you. Therefore, it might be a good idea to get a well-rounded group in terms of stats. 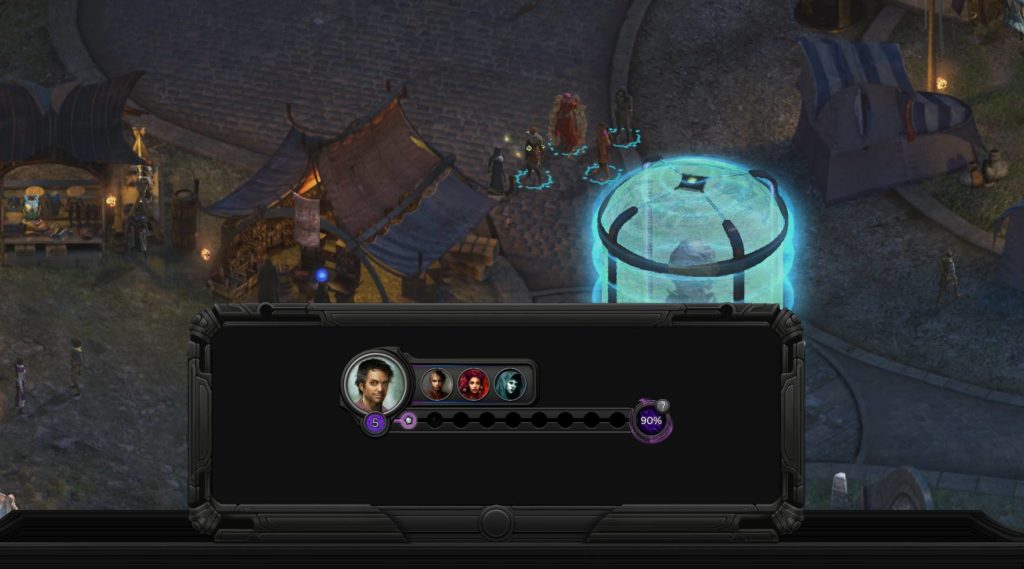 Depending on how much “effort” you put into action, you spend more points while simultaneously receiving a higher chance of it ending successfully. Certain options will allow you to re-try. At a cost, of course!  Additionally, there are “Edges” which give you discounts to particular pools. Yet more reasons to bring a variety of classes in party.

The Crisis of Effort

Dangerous situations in Torment: Tides of Numenera are called Crisis. During it, you gain direct control of your party members in addition to the Castoff in a turn-based manner. Characters have a certain amount of action points to spend in a turn. Those who have played Fallout 1 & 2 or Jagged Alliance would immediately know the like.  Sequence of turns is decided by Initiative.

That is where the uniqueness of Torment strikes again. Characters have two lines of action points. One is spent on movement, another is designed for action. For example, if an enemy stands couple steps away from your (melee) character, you can spend the movement part of action points on getting closer. Then strike with the Action part of it, without hindrance of moving first. Additionally, players can spend both “lines” for Double-Move – but then you will not be able to attack, of course. Sounds complicated, doesn’t it? Yet that is still not all that there is to it. Very much alike to the dialogue actions, characters can apply Effort to make their attacks stronger and give them more accuracy.  The very same fast expendable and bothersome-to-refill points.

Press down that TAB key with something HEAVY

Trust me. The locations are quite literally filled with interactable objects, be it a plaque to examine, piece of machinery to interact with, character to talk to, trash to dig through, quest to get or something else. My playthrough so far can be summed up as “Touch everything, talk to everyone”. And yet, despite the diversity, the gear is few, the currency – shins – is scarce, prices are extreme and potions are nearly un-affordable. 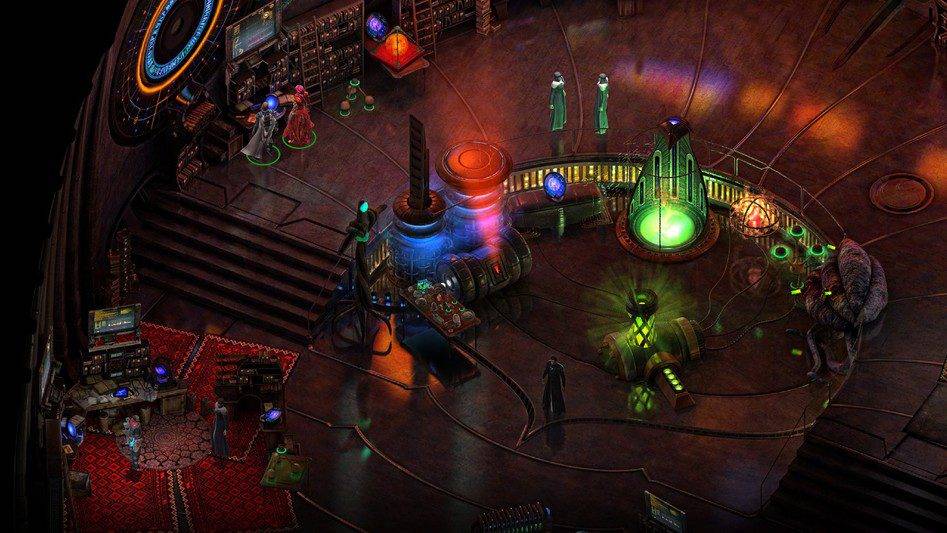 Which brings me to my biggest gripe with Torment so far: to refill those precious Effort points, your character has either to chug down a potion or to rest. Sounds simple enough, just flop on the street and pass out, doesn’t it? Well, apparently, the Castoff is not just a murder hobo like many other protagonists, and can only sleep in Inns or some other esteemed locations. Which cost Shins. Shout out to Suzie Ford for giving me a tip on the cheapest place to stay in whole of Sagus Cliffs. I needed it as I was totally out of all stat pools on everyone and I didn’t have enough shins to afford an inn.

The real complexity of Torment comes in juggling the Efforts in the most optimized way. You want to use extra dialogue options as much as possible and have them result in success. However, at the same time, if you go fully at it and tune it to be 90%+ at all times, it also means you would be out of Effort during the Crisis and it will end poorly. Because the fights in Torment are plain unforgiving.

To sum it all up, Torment: Tides of Numenera is an amazing game set in a unique and easily recognizable setting. It has a very steep learning curve and a lot of complexity to the systems. Adding the sheer amount of information thrown at the Castoff, the game might be overwhelming for a new player.

The companions are well written and varied in their behavior and reactions. Many NPCs are memorable and quest text quality is befitting of a book.  In short, Numenera is a decent successor to Planescape: Torment and pays respects to the classic games of the genre.

P.S. But I still want to sleep on street and keep my shins!

Tags: action rpg, inXile Entertainment, numenera, torment
Summary
To sum it all up, Torment: Tides of Numenera is an amazing game set in a unique and easily recognizable setting. It has a very steep learning curve and a lot of complexity to the systems. Adding the sheer amount of information thrown at the Castoff, the game might be overwhelming for a new player.
Good
Bad
8.7
Great 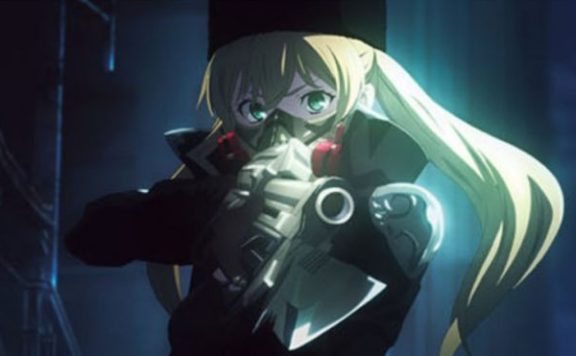 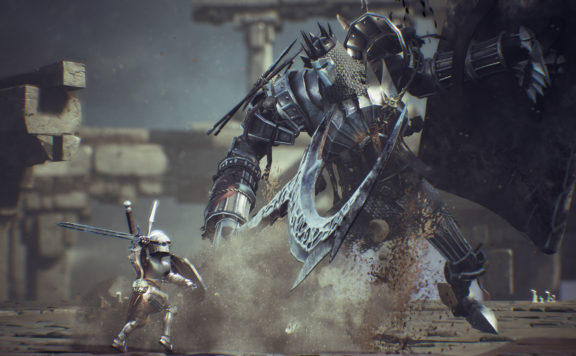 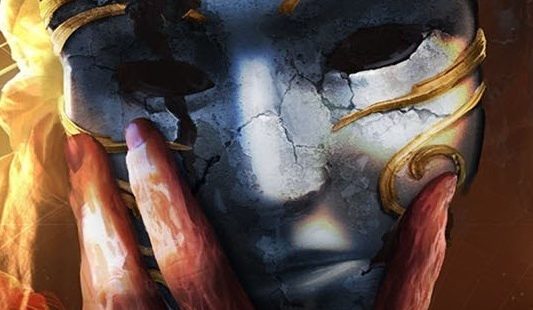 Torment: Tides of Numenera is a new game that is the spiritual successor to the popular cRPG, Planescape: Torment. Torment is set in Numenera's Ninth World, the game provides a vision of a fallen world. Players take on the role of the Last Castoff and work through the game in an attempt to recapture who they are and what their purpose is in Numenera. Characters reconnect to themselves through the stories that others tell about them.
8.7
Average User Rating
7 votes
Have Your Say!
Your Rating: 0
Submit
Write A Review
Genre:Role-playing
Rating:Mature
Developed By:inXile Entertainment
Publisher:Techland
Modes:Single-player
Series:Planescape: Torment
Engine:Unity