I have a very romantic notion of what the city of Paris is like. It is one of those cities that is on a long list of locations that my wife and I would love to visit someday – if we ever discovered and inherited from a relative that secretly purchased stock in Apple back in the 80s! After all, it is a city surrounded by rich history, stunning artwork, and one of the world’s most iconic pieces of architecture: the Eiffel Tower. While the dream of visiting Paris one day is a long shot, I had the chance to visit it digitally in frecle’s funky platforming puzzler, Youropa.

I had an opportunity to get early access into Youropa and spend some time in its wacky, mind-bending world. As the game begins, you get a glimpse of the Eiffel Tower being blasted by a bright orange beam of light and everything begins to float into the air as though France surrendered to gravity. It is here that we meet our story’s protagonist: you – a humanoid, blank canvas, ready for a new coat of paint and an adventure to live!

Youropa eases you into its puzzling – which, I have to say is some of the most unique I have seen in some time. The entire perspective of the terrain can change as you walk up ramps and onto walls. Be careful; though the streets and buildings of France’s fine city float in the air, there is still enough gravity left for you to plummet to the ground at the slightest misstep.

Aside from the MC Escher, surrealist-style setting, the puzzling has a bit of an open world feel to it as some of a zone’s puzzles cannot be completed without actions taken within another zone. For example, one zone might have power panels which will lead back to another zone, providing power to a switch in another zone to open a doorway to yet another. You will also find power-ups long the way which will increase your options for puzzle-solving and difficulty. It is a little weird at first, but you start Youropa with only the ability to move – no jumping, no interacting. Along the way, you will gain control over other skills such as the aforementioned jumping and interacting, along with kicking and more!

As I mentioned earlier, your character is a literal blank canvas and, yes, you can paint it! After all, what would a trip to Paris be without a little art? You have the option to use any color you would desire along with stickers to give your canvas dude or dudette an appearance to your liking. I opted to make mine look like a shadowy Gate Child/homunculus from Fullmetal Alchemist. It seemed like the type of juxtaposition it needed! 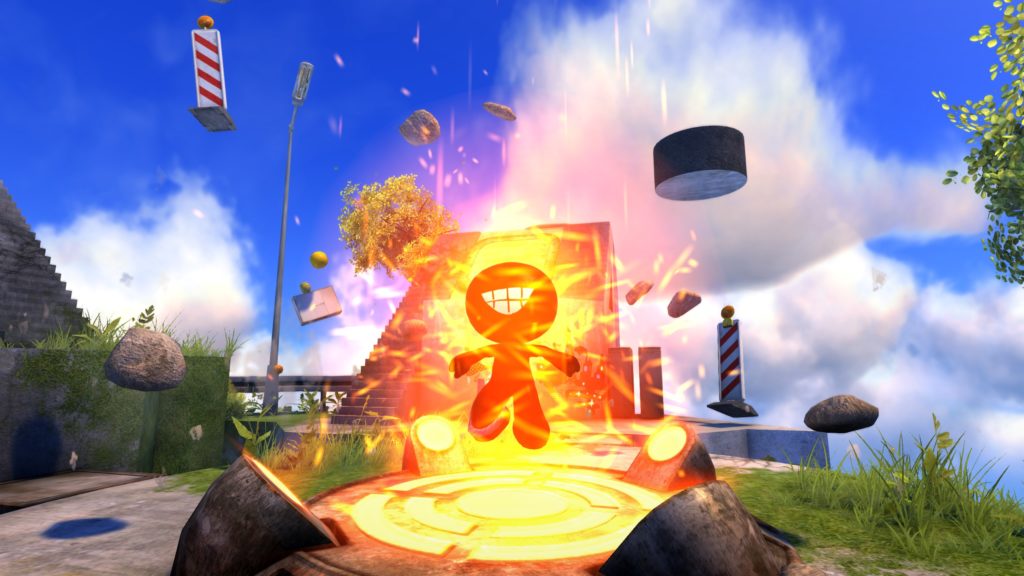 Right now, my only major critique that I have is that there isn’t much of a story to Youropa outside of the observable and some of the switch mechanics are a little buggy. The story part isn’t a deal breaker as it leave your imagination in the drivers seat to determine what is going on. As for the switches, there are some collision issues right now which make it difficult to get out of a switch if you have an object with you on it. This issue was highly exasperated before I could jump.

Even with this minor design flaw, in its current beta state Youropa is absolutely fantastic! The stunningly gorgeous scenery and unique gameplay make for a fresh platforming puzzler experience. It has a satisfying amount of content that remains fresh as it offers new mind bending ways to play with each area.

Controller support seems to be lacking for the Playstation 4 controller, but the Steam storefront says that Youropa has full controller support. Do not let that deter you, it handles just fine with a keyboard and mouse.
If you like puzzlers that will make you think and observe your surroundings, Youropa is a fantastic find.

Tags: early access, steam, Youropa
Summary
Youropa came out of Early Access on June 27th and is just as charming as ever before. At $24.99 USD, its gorgeous landscape and mind-bending puzzle will keep you busy for hours as you make your way across a gravitationally-challenged Paris. Its gentle pacing and ambient music would make this relaxing experience if it weren’t for the mental gymnastics required to think dimensionally!
Good
Bad
9
Amazing 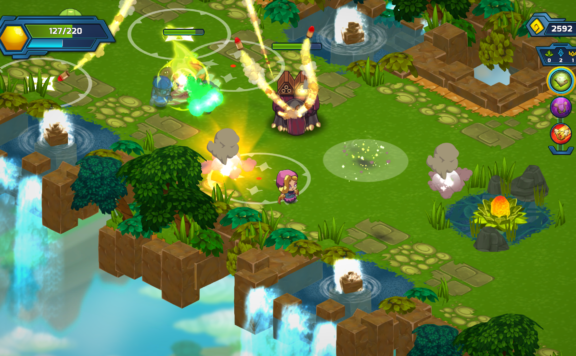 I have a very romantic notion of what the city of Paris is like. It is one of those cities that is on a long list of locations that my wife and I would love to visit someday - if we ever discovered and inherited from a relative that secretl...
8.7
Average User Rating
1 vote
Have Your Say!
Your Rating: 0
Submit
Write A Review