Unrailed! Is about to pull out of the station today. After building up a good head of Steam, the title enters Early Access today on PC.

If you choo-choose to take to the tracks and hop on board Early Access, Unrailed! is a mix of multiplayer mayhem, fast wits, and chaotic building. While the industrial revolution made some careful considerations around the application of labor, this particular title is a little more fly by the seat of your pants.

Players picking up Unrailed! can join up to four of their friends as they plan, scheme, and generally build in a panic all in the name of keeping the trains running on time. Using a range of tools across a variety of gameplay modes, players must keep on building to make sure each train reaches its destination. A range of terrain awaits from snowy mountains to lava encrusted wastelands. It all seems a little more challenging than the West Coast Mainline.

To get through these new horizons, players must plan ahead, cut down trees and rocks, lay down tracks to avoid hazards, upgrade your train with new wagons, and fend off any creature that gets in your way. Players will need to build swiftly, however, because once the train leaves the station it won’t wait for a finished track. Timetables are everything!

Players will be able to jump into at least three playable modes on Early Access, including:

If you think that you can get the trains to run on time, that uncontrollable wildlife and a never-ending struggle to fend off the elements is nothing then this might be for you. Unrailed! looks like the same sort of manic fun that Overcooked managed, with a brand new twist. Check Unrailed! on the Steam Early Access page now.

Written by
Ed Orr
For those of you who I’ve not met yet, my name is Ed. After an early indoctrination into PC gaming, years adrift on the unwashed internet, running a successful guild, and testing video games, I turned my hand to writing about them. Now, you will find me squawking across a multitude of sites and even getting to play games now and then
Previous ArticlePlanetSide Arena – First Look at GameplayNext ArticleYou Can’t Escape Remothered: Tormented Fathers On Nintendo Switch 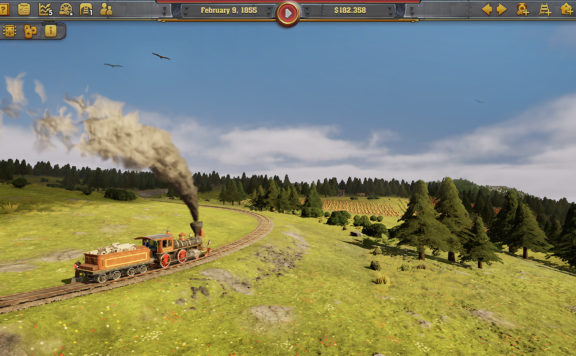