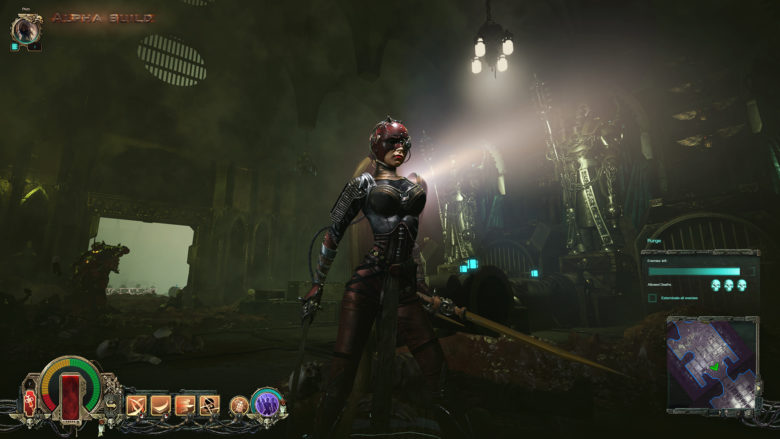 Warhammer 40K Inquisitor Martyr has officially entered Early Access on Steam. This is fantastic news for fans of the Warhammer IP!

If you’re a fan of the Warhammer IP, you’re definitely going to want to check out Inquisitor Martyr. Since The Founding alpha event began in February, thousands of players have taken part. Developers have listened to players’ feedback and worked to make this a successful ARPG, the first in Warhammer.

During Early Access, you’ll find a game that is still in alpha. Developers warn that there are features missing and that bugs will definitely be present. However, it’s an opportunity for you to assist with the forward progress of the game as well.

Enter the Chaos-infested Caligari Sector and purge the unclean with the most powerful agents of the Imperium of Man. Warhammer 40,000: Inquisitor – Martyr is a grim Action-RPG featuring multiple classes of the Inquisition who will carry out the Emperor’ will in the darkest reaches of the Imperium!

Written by
Suzie Ford
Suzie is an avid gamer and has been since 1995. She lives in the desert with her own personal minion while dreaming of pixel worlds beyond Earth.
Previous ArticleBandai Namco Details Ni no Kuni II Pre-Orders, GUNDAM VERSUS Beta & MoreNext ArticleAfter the Dragon – New Tabletop Dungeon Delving Fun