I’ve been a fan of old school flight action titles, or dog fighters as we called them as kids since I was a kid. Games like Star Wars: X-Wing and Wing Commander solidified my love for that classic dog fight style of combat, the hit and run tactics and the white knuckle manoeuvres to outwit and out fly your enemies. As I grew up games like Star Fox 64 and Star Wars: Alliance would further influence that love for the genre. In recent years I’ve started to see a resurgence of that old school approach to flight games and have to confess that I was a bit giddy at the chance to dive into Home Net Games’ action flight title WarPlanes: WW2 Dogfight.

After a few days of navigating the skies, taking on waves of enemy planes and performing bombing runs on enemy AA emplacements it’s safe to say that my love for all things dog fight is still flying high. So without further ado, grab that coffee, kick back and enjoy our review of Home Net Games’ WarPlanes: WW2 Dogfight on Nintendo Switch.

As the title suggests, WarPlanes is set during the height of World War 2. To be honest the game really uses WW2 as more of a set piece to justify the over 30 historical planes that are available to the player. With some of the best planes from the RAF, Luftwaffe and Soviet Air Force at your fingertips, WW2 Dogfight has a lot of options for you to try out, level up and fall in love with.

Although the game does boast multiple campaigns for you to play through the story takes a backseat to the real focus, player progression. The first major system comes in the form of the planes. Each of the 30 plus planes offers multiple upgrades, customizations and paint jobs allowing you to build your plane up just the way you like it. Missions act as a way of gaining currency which is then spent on the aforementioned options for progression systems. With four basic mission types, each rewarding its own currency, which in turn can be used for the various upgrading options on the planes.

The second major progression system comes in the form of pilot recruitment. As the squadron leader, you are tasked with hiring and training pilots to assign to your ever-growing collection of planes. Each pilot can focus in on a specific set of skills to help bolster the stats of a particular type of plane.

The third progression system comes in the form of your home base which has to be managed and upgraded as you play through the game. Players must manage daily costs of operation, repairs to planes and fuel consumption to make sure that everything runs smoothly. 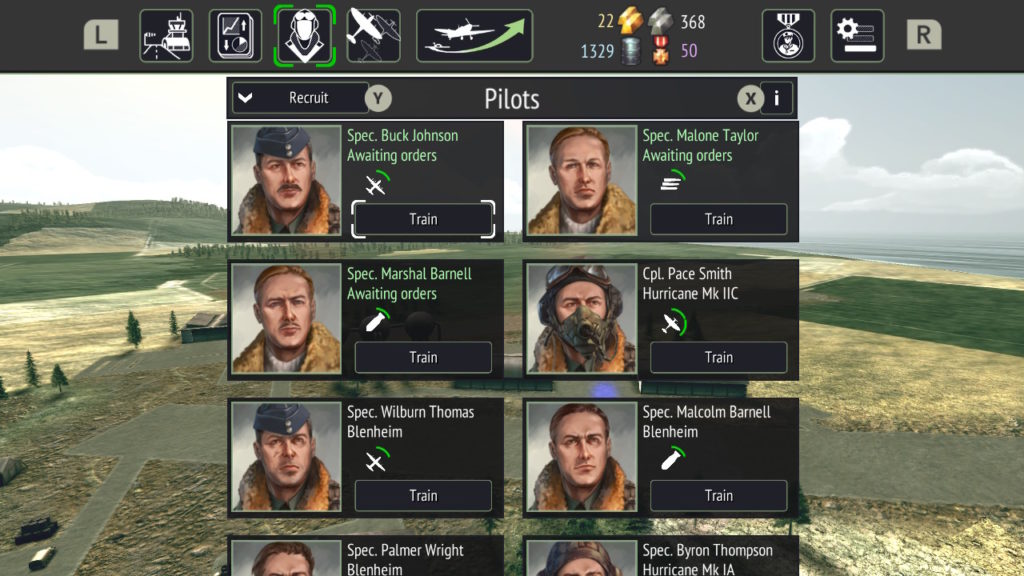 Although this may all seem like a lot to manage when all you really want to do is dogfight your way to glory, WarPlanes does a great job at fusing these systems together seamlessly with very little real-time needing to be spent on the management aspect of the game. I’m actually quite impressed at how well Home Net Games has handled all these systems without it feeling overwhelming or clunky to manage. In turn, this helps create a desire to keep playing as each mission nets you more currency to further progress your character, planes, pilots and home base.

Combat in WarPlanes is an interesting affair. There are two ways to dog fight, normal and hard mode. The former offers a lock-on system much in the vain of DICE’s Battlefront. When you are close to enemies you can hold down the left trigger to zoom and lock to the target. This allows for quick controlled bursts of fire to help players take down their enemies. The latter mode offers a challenging, old school approach to combat. Players must manually lead their targets and use precision aim to secure the kill. The greatest part is that both work exceptionally well and offers an engaging experience for both new and veteran players.

One of the unique features of the combat in WarPlanes is the ability to control multiple planes during a mission. With a quick click of the D-Pad, you can switch between your available planes on missions with your other planes controlled by AI. The system works exceptionally well with each plane leaning into its designated role allowing you to essentially quick travel around the map via your planes. It really helped create some verity and strategy during combat. 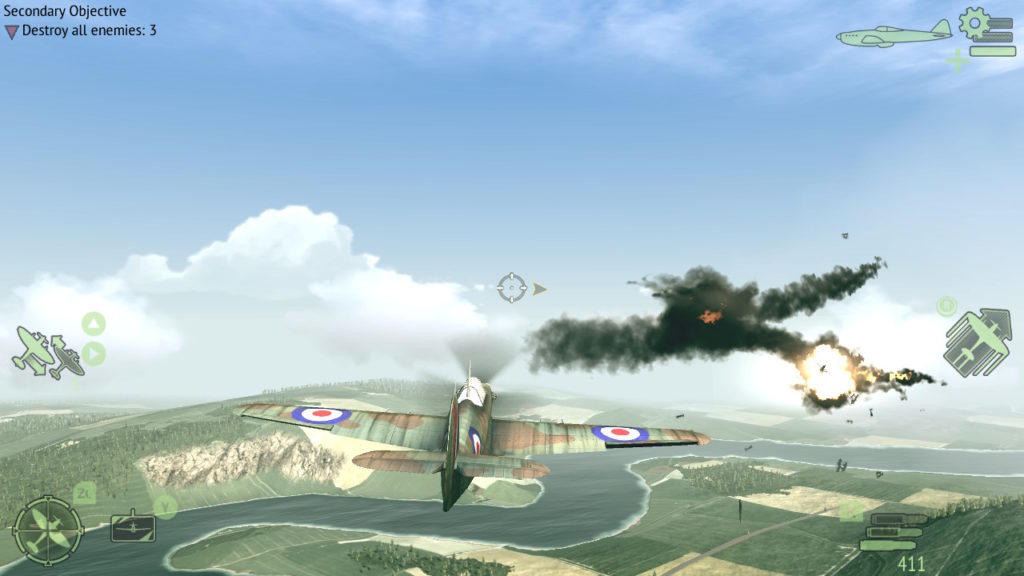 The missions themselves do get to be a bit repetitive, with very little change in scenery or objective. Essentially each level is a series of bombing runs, dog fights and protection details and will feel. It’s a very basic hack/slash/repeat formula that may get stale for some gamers. However, the combat does feel satisfying (especially in hard mode) which does help offset the mission repetitiveness.

The visuals in WW2 Dogfight is a bit of a mixed bag. The menus and planes look quite nice on the screen. This is especially true when you start to customize the look of your planes in between missions. The world around you, however, looks bland and washed out by comparison. It’s a bit of a weird contrast really and becomes striking as you draw closer to the ground during some fights. The world looks almost low res compared to the planes your flying. It’s not a deal breaker by any means but is a bit of a letdown.

Tags: dogfight, flight, sim, switch
Summary
WarPlanes: WW2 Dogfight offers a fun light-hearted dog fight experience for players. Despite its repetitive mission types and unbalanced visuals, the title still is a fun arcade experience. If your looking for a quick dogfighting flight fix, then it might be worth checking out WarPlanes.
Good
Bad
7.5
Good

I’ve been a fan of old school flight action titles, or dog fighters as we called them as kids since I was a kid. Games like Star Wars: X-Wing and Wing Commander solidified my love for that classic dog fight style of combat, the hit and run ...
8
Average User Rating
10 votes
Have Your Say!
Your Rating: 0
Submit
Write A Review