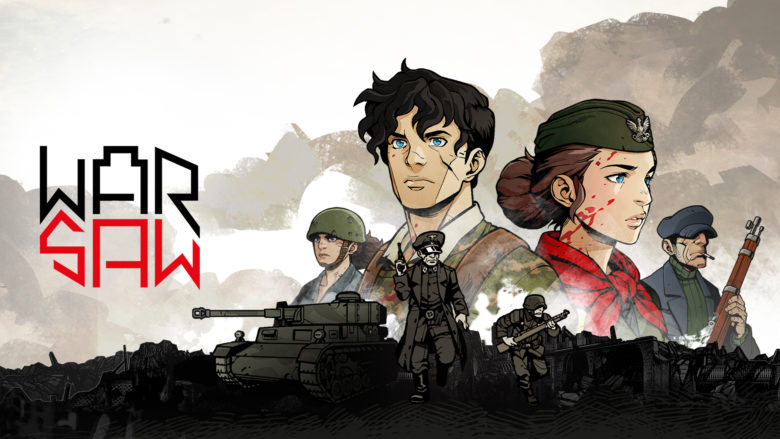 Almost a year ago I reviewed the Steam PC version of the rogue-like, turn-based strategy RPG game WARSAW. Back then I gave it a glowing score. Now we find ourselves one year later with the game ported to console gaming systems. More specifically the Nintendo Switch. We took some time to take a look at this console port because we were curious to see how it stood up to it’s “big brother” PC version. Welcome to our Quick Hit Review of WARSAW for the Nintendo Switch! 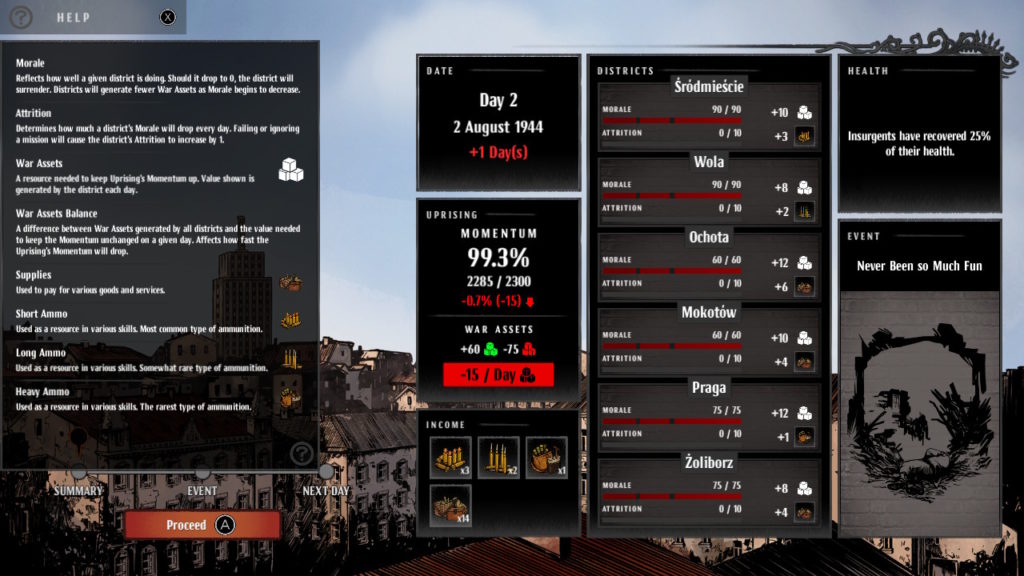 This is the daily board, lots to read isn’t there?

WARSAW, the game, is a challenging, rogue-like, turn-based strategy RPG game based on that 1944 uprising. So characters are based on German soldiers and members of the Polish rebellion uprising including sharpshooters, medics, etc. Turn-based battles take place in a side-scrolling fashion with luscious hand-drawn artwork. When you lose characters in battle they are dead for good. For the full details on what this game is and how it plays, you really should check out the full PC review here. 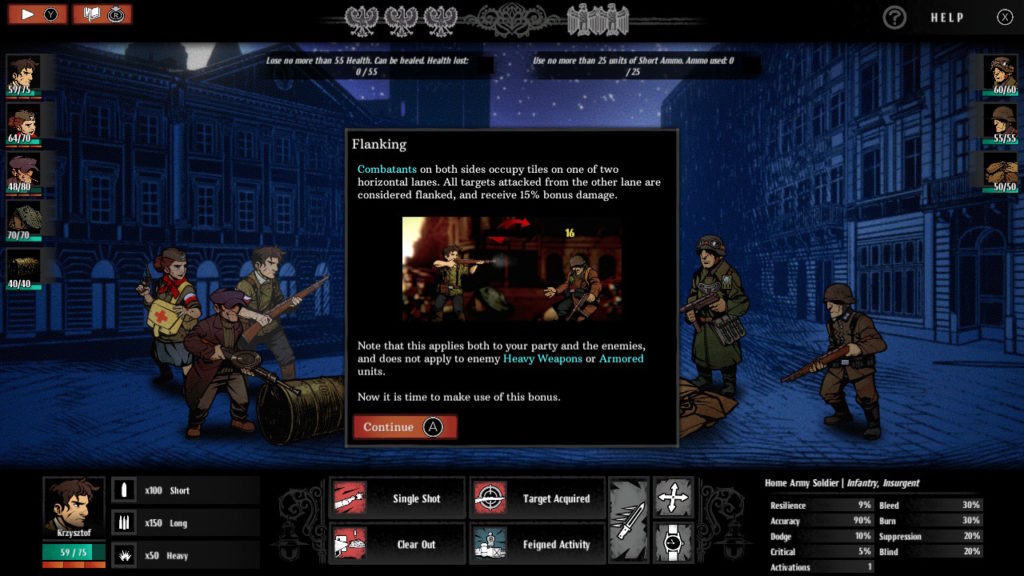 Nice tutorial on the battle techniques

We can honestly say that this Nintendo Switch version is a faithful port of the PC version in substance and form. If you’re looking to play the game docked then you’re golden. Menus, tutorials, help, mission deployment screen, etc. are all-natural with a Nintendo controller, I prefer and use a Nintendo Switch Pro Controller. 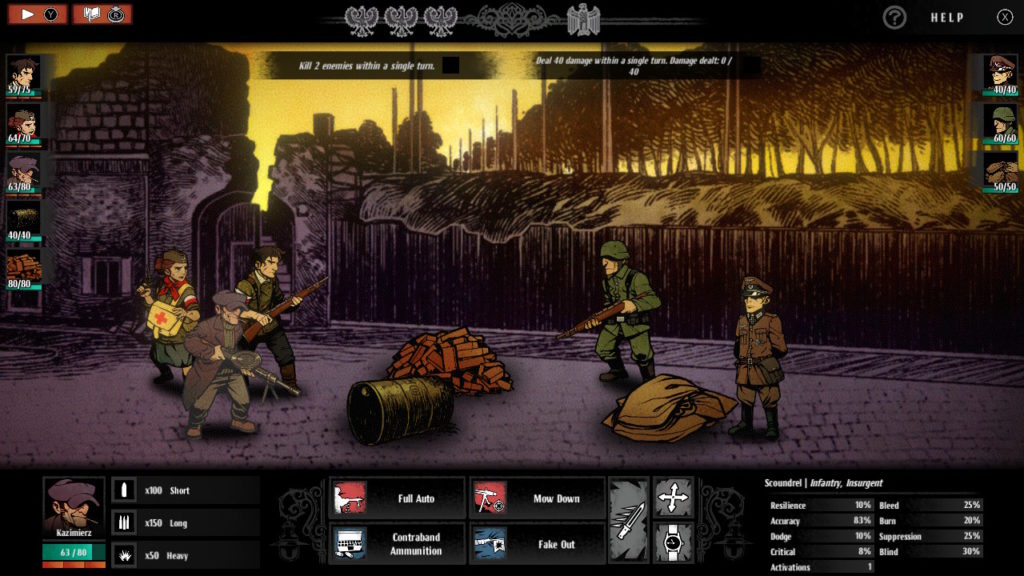 But the big question is how many people actually buy a Nintendo Switch game solely for docked play? I could be wrong and maybe that number is higher than I suspect. For me, personally, I need to be able to play decently in an undocked mode as well.

Unfortunately in undocked mode is where this port falls a little short and to be honest, I’m not sure from a development standpoint what the alternative is. WARSAW is a text-heavy game. You need to read help every now and then as well as your daily mission board. Since your squad members will probably die once in a while you’ll need to recruit new members to the cause. When you recruit a member you should read their bio, skills, etc. All of this is text intensive. WARSAW unfortunately suffers from text that is too small. It requires constant use of the Nintendo Switch’s zoom function which requires several button pushes to engage and disengage. Really that’s my only quibble, for me, it’s a big one. Since I played this originally on PC there’s no driving force to play it again docked on a Nintendo Switch.

We Came We Warsaw 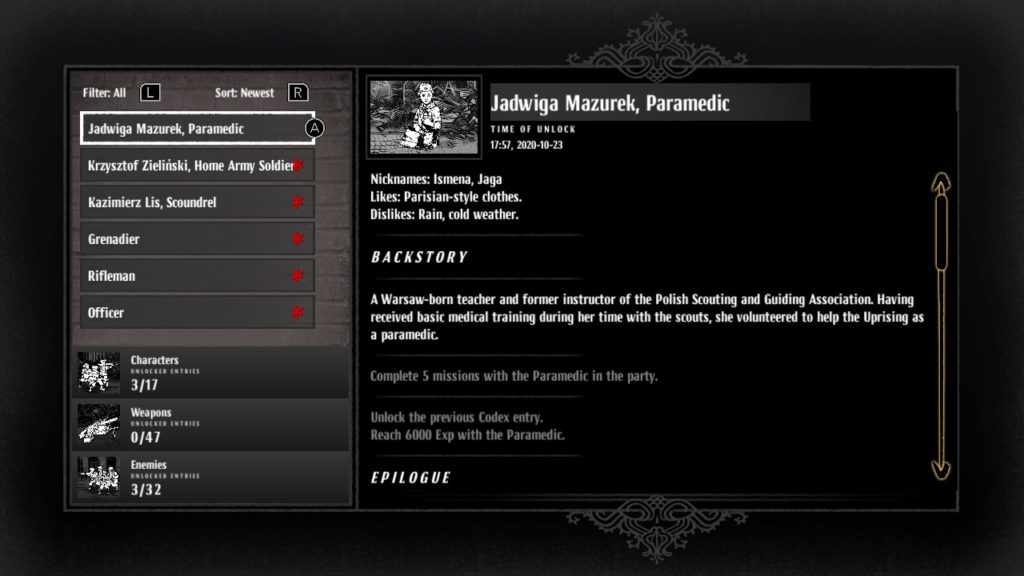 This WARSAW port to the Nintendo Switch console is a faithful port of its PC predecessor. It’s an RPG that is text-heavy and unfortunately, it falls victim to an issue that has befallen many Nintendo Switch games. Perhaps younger eyes than my own can take it. For me, if you’re buying WARSAW to play mostly undocked then you’ll need to consider if this flaw is more of a hindrance or a deal-breaker. 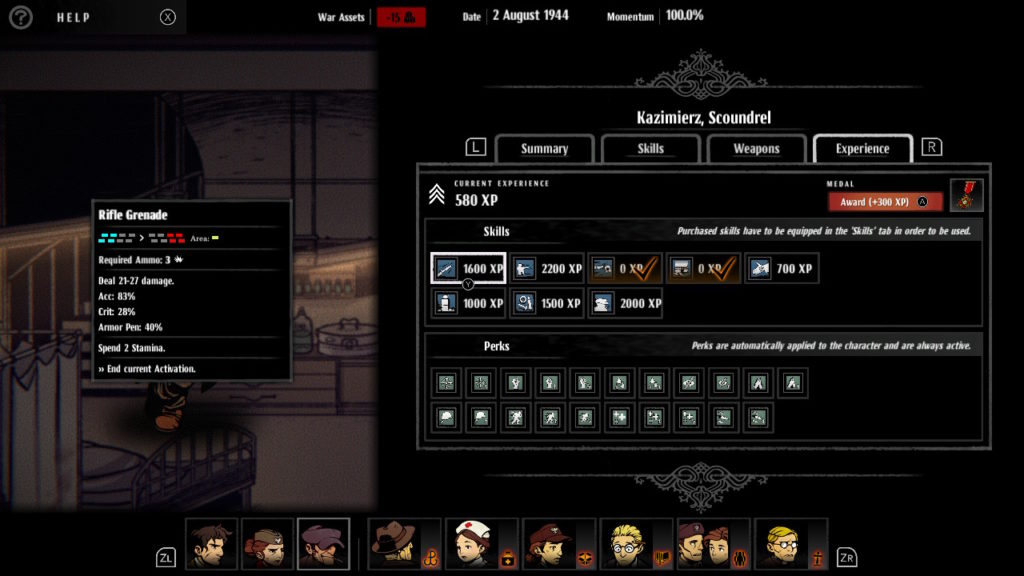 Headquarters related text, yes there is a lot to read in this game.