Get ready to get onto the front lines as Firefly Studios drops a 40 minute preview of gameplay footage for upcoming RTS Stronghold: Warlords.

Just the latest in a line of Stronghold campaigns, the upcoming Stronghold: Warlords seemingly got a little close to release today as the developer =s behind this RTS style castle sim unleashed a full 40 minutes of gameplay footage for fans of the series. The BAFTA nominated studio teased a look at the Chinese portion of the epic 31 mission campaign that makes up Stronghold: Warlords and plunges viewers into the ‘Armies of Yan’ arc.

Set sometime around the end of the warring states period in 226BC, the preview of what to expect in the new Stronghold sees Firefly Studio’s Matt Smith delve back in time to walk players through all the latest additions to the castle building sim. You’ll get a chance to look at new units, like the Fire Lancer, the titular warlords mechanic and castle sieges, this video is the first in a new series providing an early look at the game’s main single player game mode. Firefly has confirmed this is only the beginning, so players waiting to storm the castle in this top down RTS can expect more gameplay before release. The developers behind this title have also stated that this is more than just a press preview. It is a way to gather feedback from RTS fans.

“By using open production, inviting feedback and iterating on the fly wherever possible, Stronghold: Warlords will be a community-driven addition to the series” said Nick Tannahill, Marketing Director at Firefly Studios. “With hundreds of thousands of wishlists Warlords is the most anticipated title we’ve had since Stronghold 2 and I think a large part of that is down to the discussion we’ve had with fans on our Discord and YouTube.”

If you have finished with the slightly more modern setting of the Command & Conquer remaster and are looking for something different to sharpen your blade on then Stronghold: Warlords might be worth a look. The latest entry in Firefly’s real-time strategy series is the first title to recreate castle warfare of the Far East. Allowing commanders to fashion huge fortresses and storm the gates, you’ll lay siege to Chinese cities and Japanese castles all while recruiting, upgrading and commanding AI lords across the battlefield. If you think you can command to victory, check out more about this campaign before it kicks off on PC on 29 September 2020.

Written by
Ed Orr
For those of you who I’ve not met yet, my name is Ed. After an early indoctrination into PC gaming, years adrift on the unwashed internet, running a successful guild, and testing video games, I turned my hand to writing about them. Now, you will find me squawking across a multitude of sites and even getting to play games now and then
Previous ArticleESO Offers a Free Crown Store BundleNext ArticleAudeze Announce The Penrose Wireless Console Headset 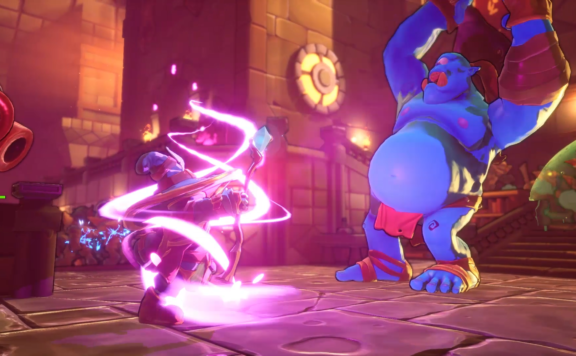