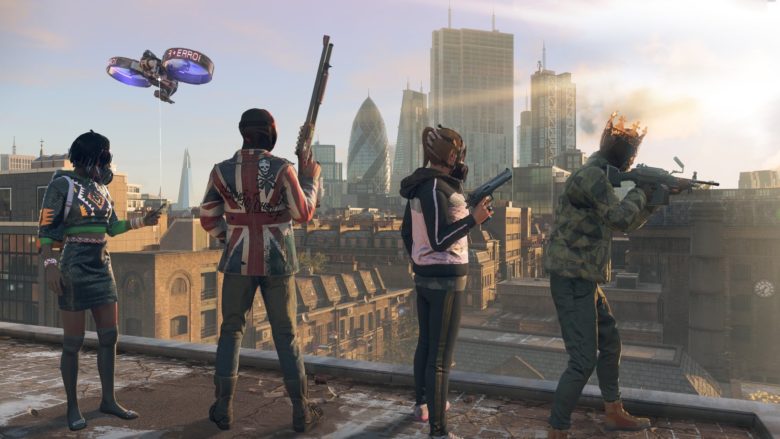 Players ready to overthrow the establishment and hack the planet can do it together as Ubisoft brings multiplayer to Watchdogs Legion on 9 March.

Due to land as a free update, the brand new multiplayer add on to Watchdogs Legion is set to allow owners across a range of PC and console platforms to go toe to toe with fellow hackers and explore the massive open world of the latest Watchdogs. Xbox One, Xbox Series X | S, PlayStation®4, PlayStation®5, the Epic Games Store and Ubisoft Store on Windows PC, Stadia, and Ubisoft+ are set to get the new add-on so whether you’re still streaming from the cloud or busy wearing out your DualSense controller, you’ll be able to join in on the action.

The new Watchdogs Legion multiplayer update features a vast open environment where up to four friends can join forces to explore London, encounter city events, complete challenges and participate in side activities. Thankfully, this is more than just an online party system. The free update also indulges in a series of co-op specific missions, rather than more competitive multiplayer additions. Several smaller scale quests involve 2-4 players taking on a variety of threats, while Tactical Ops provide a much greater challenge.

“Leader of the Pack,” is the first co-op 4 player Tactical op, setting you and your team up against five interconnected narrative missions which require skill and teamwork to take down. Considered endgame content, essentially this sounds like the closest Legion will get to an endgame dungeon. Further tipping a hat to your classic MMO genre, Watchdogs Legion will also get a PVP mode. The Spiderbot Arena is exactly what it sounds like. You’ll get control of a spiderbot and go against your rivals to be the best operative.

This isn’t everything that’s coming ion 9 March, with additional missions coming for season pass holders on top of the free for all content. If you want to learn more about those arachnid bots and the rest of Watchdogs Legion’s online modes before getting into the arena then head over to the official Watchdogs’ website now to check out the notes.

Written by
Ed Orr
For those of you who I’ve not met yet, my name is Ed. After an early indoctrination into PC gaming, years adrift on the unwashed internet, running a successful guild, and testing video games, I turned my hand to writing about them. Now, you will find me squawking across a multitude of sites and even getting to play games now and then
Previous ArticleBlade & Soul Revolution Release Date Brings Kung Fu To Mobiles This MarchNext ArticleIt Takes Two Shared Official Gameplay Trailer