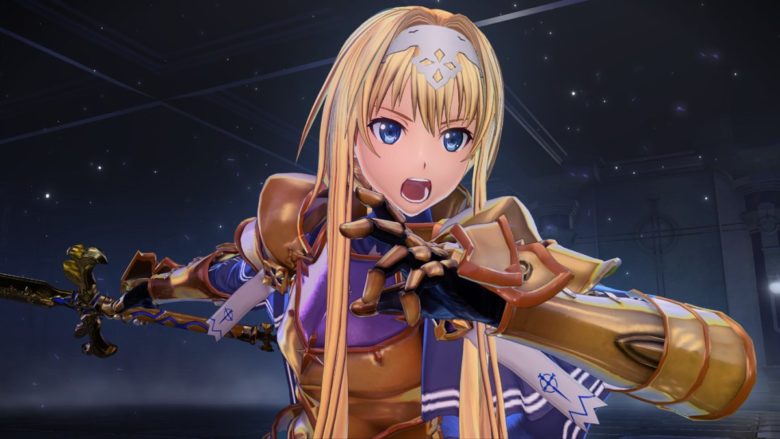 It’s another new week in the world and that means another great new crop of games for Xbox One. Whether you’re in the mood for some NASCAR racing or you’re looking for a challenging platformer or even a game that brings your favorite anime to life, Xbox has you covered. We’ve got ’em all covered below, so be sure to check out the full list and then head on over to the Microsoft Store to get your game on!

Before we forget, the Xbox team has announced the Xbox Games Showcase to be held on July 23rd at 9:00 am Pacific / 12:00 pm Eastern. There will be a pre-show event starting an hour earlier hosted by Geoff Keighley. We’ll keep you posted as the date nears!

The official video game of the world’s most popular stockcar racing series puts you behind the wheel of these incredible racing machines and challenges you to become the 2020 NASCAR Cup Series champion. Features all the official teams, drivers, and cars from the three NASCAR National Series as well as the Xtreme Dirt Tour, racing on 39 authentic tracks.

Superliminal is a first-person puzzle game inspired perspective and optical illusions. Players tackle impossible puzzles by thinking outside the box and learning to expect the unexpected. This game features a wonderfully subdued world, an intriguingly voiced narrative, and things that are really weird.

Help the mighty Raccoon overcome obstacles and labyrinths in this family-friendly game set in a fantastic world. Solve puzzles by interacting with different types of blocks and colors as Raccoon meets a bunch of friends and foes, including Fox, Snail, and other animals.

Robozarro is a physics-based 2D action game where robots B0-3 and 0-Ramatron embark on an epic quest through the outskirts, underbelly and rooftops of Mech Angeles to uncover the mystery surrounding the disappearance of Dr. Zarro.

CrossCode is all about how it plays! Take the best out of two popular genres, find a good balance between them and make a great game. That’s what CrossCode does. You get the puzzles of Zelda-esque dungeons and are rewarded with the great variety of equipment you know and love from RPGs.

Following the events of the first game, Distraint 2 is a sinister tale about restoring hope and finding your purpose. You are Price, a man who sold his humanity to get a partnership from a leading company: McDade, Bruton, and Moore. Collect items and solve puzzles to progress through the story and find out if Price can reclaim his lost soul.

Kirito awakens in a completely unknown virtual world, but something about it feels a bit familiar… Set in Underworld, an expansive world introduced in the “Sword Art Online” anime, Kirito sets out on an adventure in the series’ latest RPG! Enjoy seamless, action-packed real-time battles using a combination of sword skills, sacred arts, and your favorite SAO characters.

F1® 2020 allows you to create your F1® team for the very first time and race alongside the official teams and drivers. Alternatively, challenge your friends in new split-screen with casual race options for more relaxed racing. Compete on 22 circuits, with current and classic content.

The Great Perhaps tells the story of an astronaut returning to Earth destroyed by natural cataclysms. There, among the ruins he finds an unusual artifact — an old lantern, in the light of which you can see glimpses of another time and travel to the past. Experience constant time traveling between an empty, melancholic scenery of the post-apocalyptic Earth and its vivid days gone by.

Curse of the Moon 2 brings classic 2D action and a dark, 8-bit aesthetic together with modern playability. The multiple-scenario structure of the previous title returns with an epic new story. Players take control of Zangetsu, a swordsman from the far east who bears a deep grudge against demonkind and the alchemists who summoned them.

Five uniquely talented sisters are squabbling over which of them will marry the angel in this new vertical scrolling shooter game. Featuring the Tension Bonus System (TBS) means your score and number of coins multiplies based on your distance from enemies and their attacks, and the Powershot System changes normal attacks into strong attacks, further ramping up the tension.

Written by
Suzie Ford
Suzie is an avid gamer and has been since 1995. She lives in the desert with her own personal minion while dreaming of pixel worlds beyond Earth.
Previous ArticleNext Stardew Valley Update Adds End-Game ContentNext ArticleSoulslike Mortal Shell Receives a Demo Thanks to Popular Demand