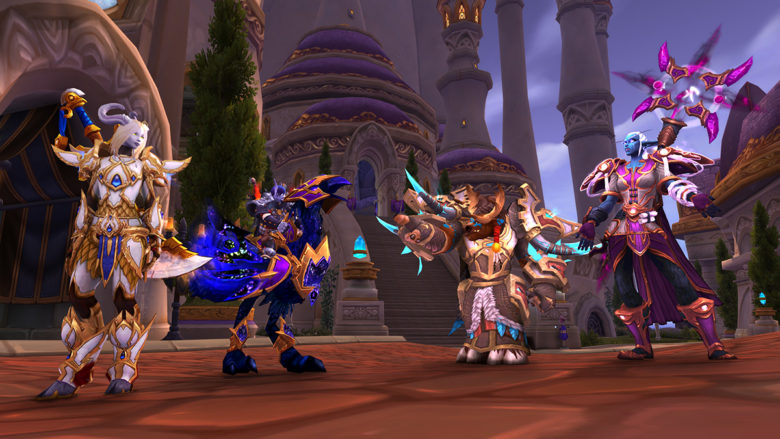 Following the defeat of N’zoth, World of Warcraft: Battle for Azeroth slowed to a lull until the arrival of the game’s next expansion, Shadowlands. To keep players engaged, Blizzard has rolled out buffs for all players.

Originally intended to last till April 20th, the Winds of Wisdom, WoW’s 100% bonus to experience, has been extended until the Shadowlands pre-patch!

There are many journeys to be taken in Azeroth, and if you’re in the middle of one, or just looking forward to starting a new one, we’ve heard your plea for a little more time. Due to the popularity of the Winds of Wisdom 100% experience buff in Battle for Azeroth, we’re extending its benefit through to the release of the Shadowlands pre-patch!

All players in Battle for Azeroth will gain an experience buff called “Winds of Wisdom” which will increase experience gains by 100%! (Bonus includes Starter Edition and Legion players.)

Players will also be able to take advantage of this experience boost while still using their favorite heirlooms.

Additionally, from April 20th through May 19th, all World of Warcraft players will receive extra bonus from the Exalt in the Impressive Influence, a buff for 100% extra reputation gains with Legion and BfA factions, excluding the Rajani and the Uldul Accord from patch 8.3:

Do you have your eye on unlocking an Allied Race, learning to fly in Battle for Azeroth, or adding a new pet or mount to your collection? Beginning April 20 through May 18, players can exalt in the reputation buff Impressive Influence, which will increase reputation gains by 100% with Legion and Battle for Azeroth* factions!

Written by
Catherine Daro
While growing up in the wilds of Russia, Catherine learned to talk, write and game at almost the same time. You can follow her attempts at latter two at MMORPG.com and GameSpace.
Previous ArticleThe Best CBD Product Types For GamersNext ArticlePope Simulator Puts Players In The Pulpit