Following the official preview of the Death Knight class for Allied Races and Pandaren in patch 8.3, Blizzard opened the floodgates of information and rapidly released a number of blog posts detailing the upcoming patch. Included in the list are the official patch notes, Auction House revamp preview, Survival Guide video and more. Let’s dive right in!

Visions of N’zoth brings a new raid into World of Warcraft. Called Ny’alotha, the Waking City, it is set in the Void-shrouded heart of the ancient Black Empire. Players will have to confront mad heralds and inscrutable horrors, and ultimately go eye-to-eyes with N’Zoth himself in a fateful battle for Azeroth’s survival.

Check out the preview blog post for more details such as a description of every boss, the list of achievements, pets and mounts. 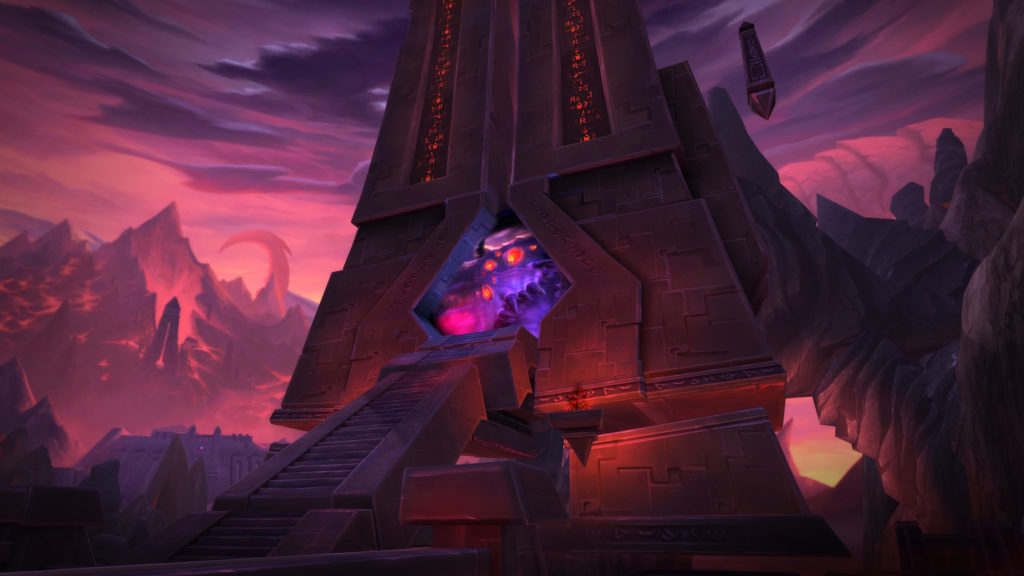 The long-awaited Auction House update is finally here! Blizzard aims to provide a smoother, faster, easier experience for those looking to buy and sell the latest and greatest supplies and gear. 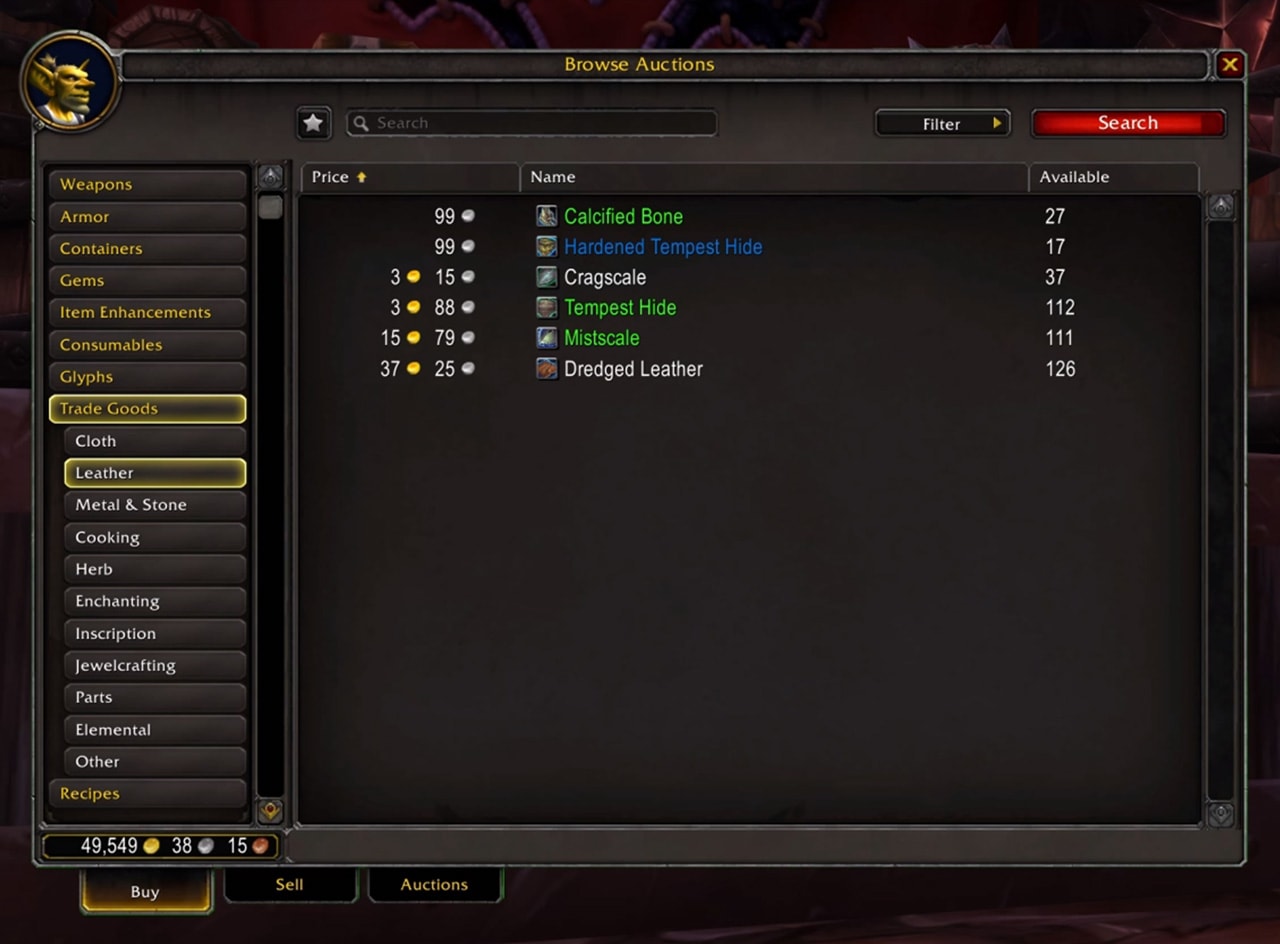 As Old God N’zoth breaks free from his titanic shackles, despair and madness consume the land. The heroes of the Horde and the Alliance will have to take a stand for their wounded world – and their sanity. Armies of N’zoth will attempt to take over important locations such as Uldum and Vale of Eternal Blossoms. To be able to jump right into repelling the Void army, you will have to meet a few requirements:

If you meet these requirements, Magni will have a new introductory questline to investigate the state of Titan facilities around Azeroth, including the Engine of Nalak’sha and the Forge of Origination. It will lead you to a larger storyline to begin opening the Assaults in Uldum and the Vale of Eternal Blossoms. Once both Assaults have are open, you will be introduced to Horrific Visions, ultimately leading to collecting your legendary cloak Ashjra’kamas, Shroud of Resolve, which will aid you in resisting N’Zoth’s corruption as you delve further into each.

Assaults will show up on the map (hotkey: M) once they have been unlocked. You can see where the latest Assault is occurring and the available quests in the area by clicking on the N’Zoth’s burning eye next to the Emissary Quests. You can undertake a series of quests for additional rewards in each location as you take part in repelling the Assault.

Players will also be able to enter Lessor Visions of N’Zoth while Assaults are active. These can be entered solo or with a group and provide a window into the future that will put your sanity and skills to the test as you progress through it. Make sure to watch your sanity bar and work with your team. 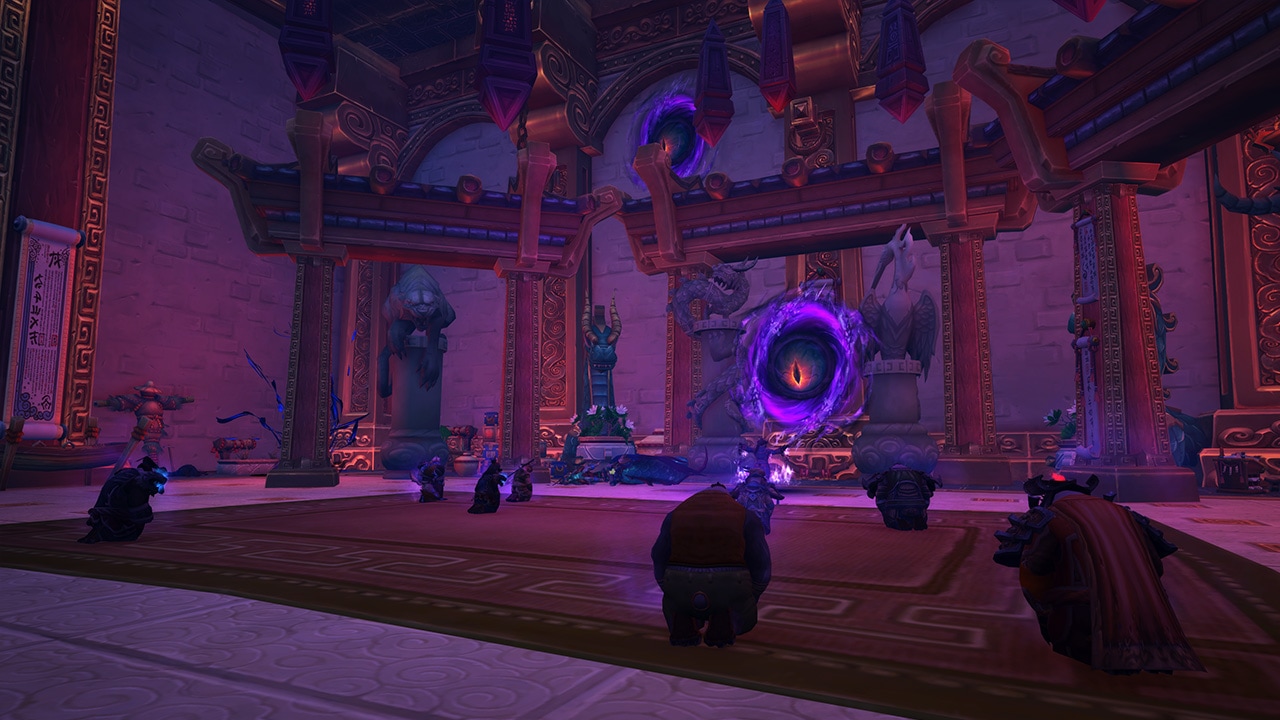 Horrific Visions are instanced challenges for 1 to 5 players that give you a glimpse at the twisted future N’Zoth has in store for Orgrimmar and Stormwind. While experiencing a Horrific Vision, your sanity will be under constant attack, increasing the instance’s difficulty—and forcing you to leave before you’re consumed by insanity.

Each time you’re subjected to a Horrific Vision, you’ll leave with more knowledge and fragments of N’Zoth’s corruption. Take these to Wrathion and MOTHER in the Chamber of Heart to strengthen your defenses and earn new tools, which will allow you to delve deeper into N’Zoth’s Horrific Visions and reap greater rewards. 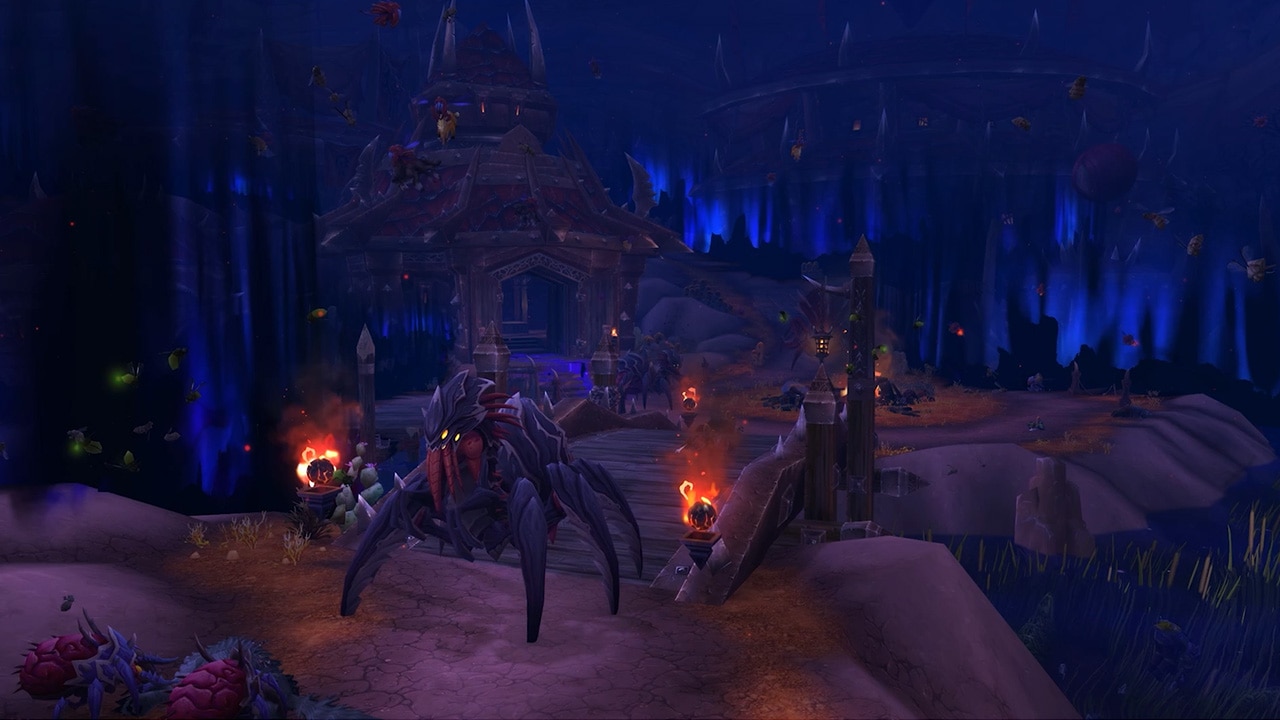 Everyone’s favourite Black Prince is back and he gives you a way to craft a new Legendary Cloak – that old thing from Pandaria is no longer cool enough.

Max-level players who have unlocked the Heart Forge will be able to accept a new quest, either “An Unwelcome Advisor” (Alliance) or “Return of the Black Prince” (Horde) to begin the storyline which grants this new legendary cloak. Work with the masterful Black Dragonflight to craft and upgrade Ashjra’kamas, Shroud of Resolve, a legendary cloak with the power to save your sanity and stave off the Old God’s influence.

Wearing this cloak will help players venture deeper into N’Zoth’s Horrific Visions, earn greater rewards, and unlock more of the mysteries behind the Old God’s power. This cloak may also come in handy when you face off against N’Zoth himself in the upcoming raid. 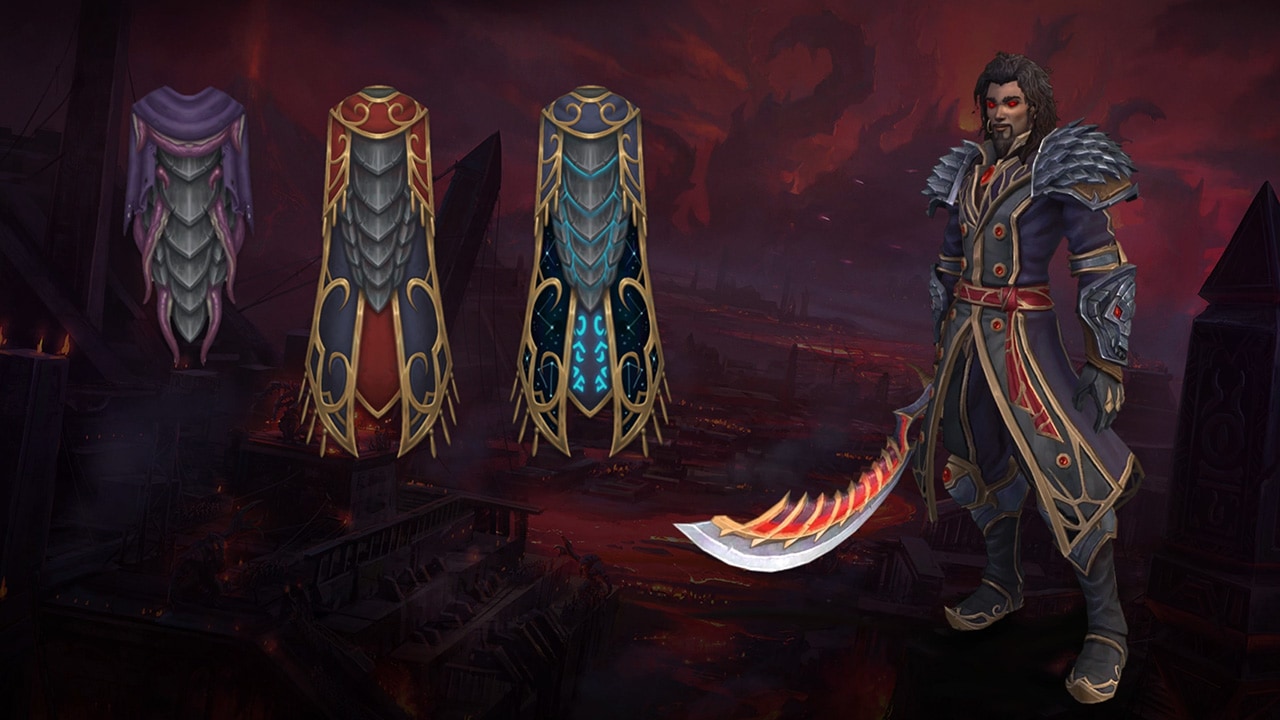 Fighting fire with fire has always been the way, correct? Turn N’Zoth’s dark power against him by seeking out weapons and armor tainted with Corruption, a new addition to items that provides powerful boons—with potentially deadly consequences.

Cursed by N’Zoth, corrupted items offer truly exceptional power—for a price. As you don more corrupted gear, you’ll find your spells will do more damage, or your heals will be more potent—but the Corruption will begin to affect you in increasingly perilous ways. At low Corruption levels, you may be slowed periodically when taking damage—while at higher corruption levels, evil forces from the Void may come for you at any moment. 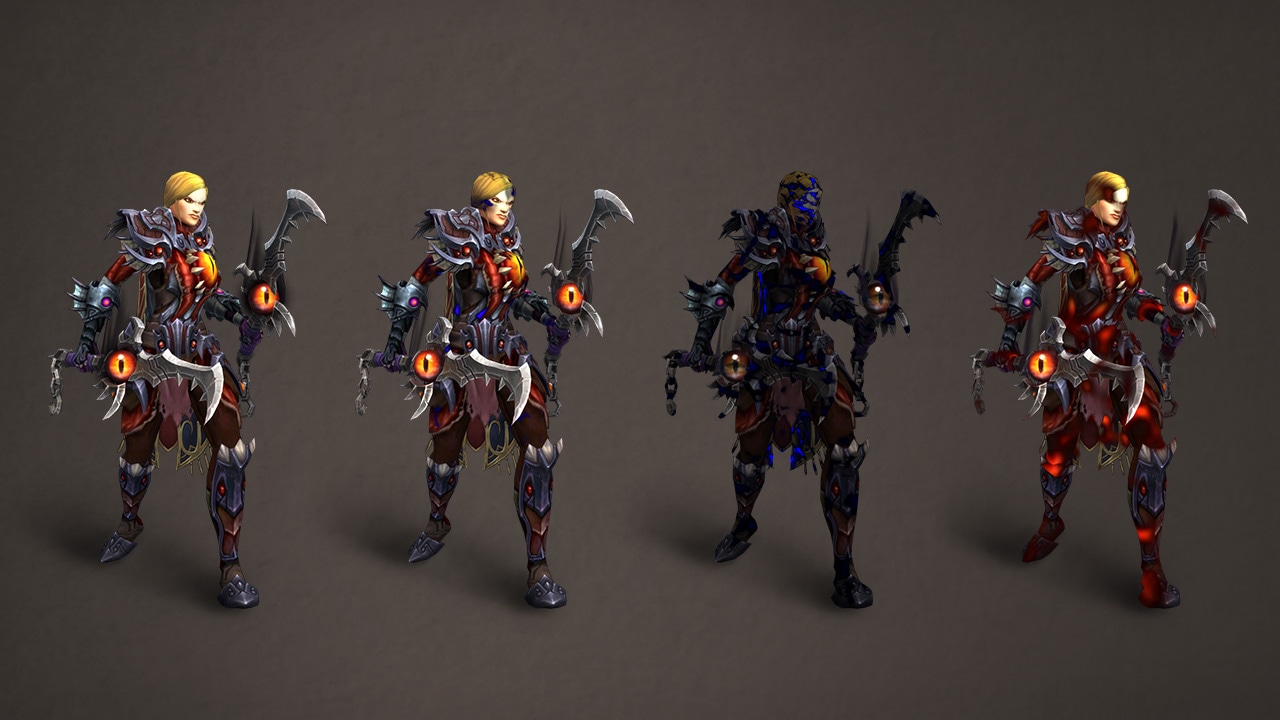 Patch 8.3 brings a new pair of the Allied races: cunning Vulpera for the Horde and crafty Mechagnomes for the Alliance. Players who have pre-ordered the next WoW expansion, Shadowlands, will also get access to Death Knight class for Allied Races and Pandaren race.

Written by
Catherine Daro
While growing up in the wilds of Russia, Catherine learned to talk, write and game at almost the same time. You can follow her attempts at latter two at MMORPG.com and GameSpace.
Previous ArticleGAME Closes Stores Across The UKNext ArticleGet into the Australian Open with AO Tennis 2