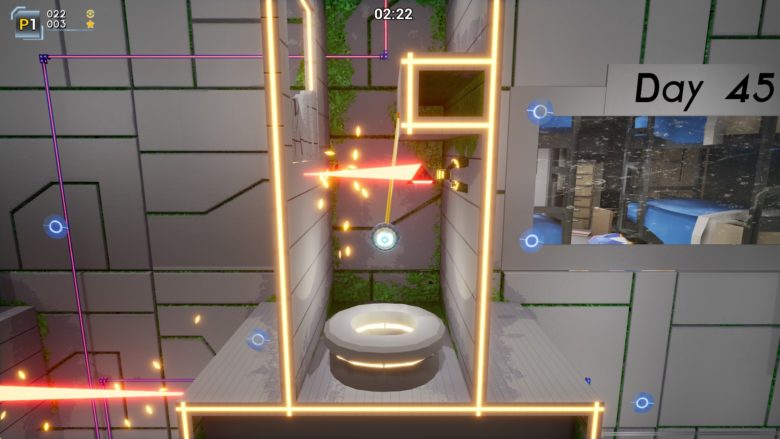 Platformers come in all shapes and sizes.  Don’t Bite Devs’ new platformer, Wreckin’ Ball Adventure, comes in a bouncy ball-shaped package, complete with lasers, lava, a grappling hook, and other features.  But is this an adventure worth embarking upon?  Find out below – this is our Wreckin’ Ball Adventure review!

Perhaps it’s just how things work out for me, but I don’t often get to see a game that doesn’t have blood, guts, or gore.  In fact, I don’t often see a game that doesn’t feature wanton violence of some sort.  My first real observation in Wreckin’ Ball Adventure is that the game doesn’t feature enemies to kill, teams to beat, or other violent premises.  Rather, your goal is to roll and/or swing your robot from one side of a maze to the other intact.  Should your robot find itself melted, scorched, or crushed, it will re-materialize at the closest convenient checkpoint.  In that regard, the game is very wholesome, even if action-packed.

Relatedly, I’m not sure there’s really a way to lose.  With the exception of one level, no particular time limit exists.  I’m not sure what happens when the time limit is reached on that level (I won’t spoil the nature of said level), but I suspect one could just retry.  ‘Death’ doesn’t even rewind time – taking a lava bath is sometimes a very viable strategy to move across a level after hitting a timed switch. 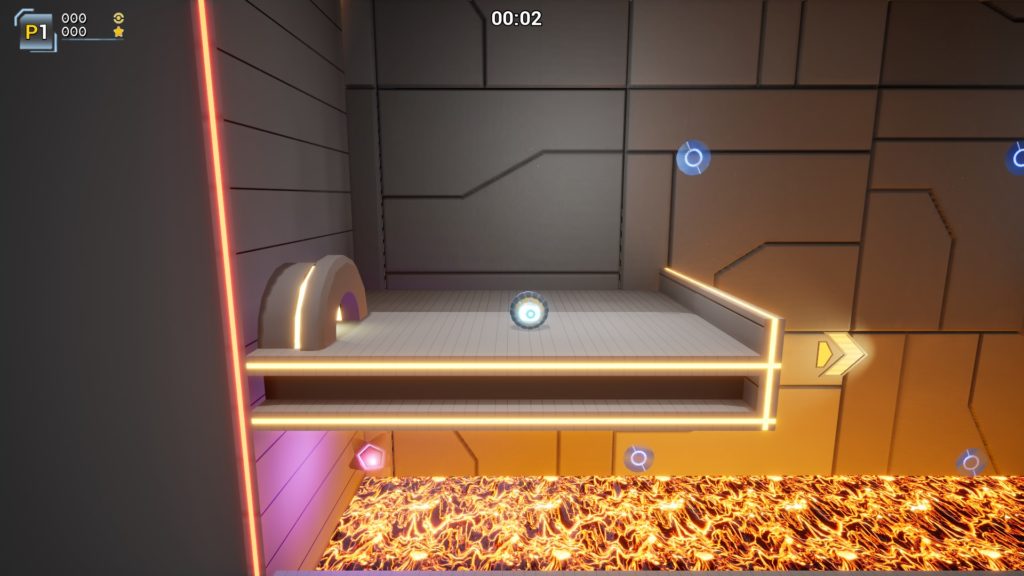 And I must say that the lava, lasers, and other features look pretty; the aesthetics are simple and enjoyable.  The music isn’t anything memorable, but the sound effects are otherwise passable.  The visuals are particularly important as something as simple as the color of the lines running through a wall or platform can determine whether or not you’ll be able to grapple off of it, get bounced really hard, or be able to interact normally.

The game features a 60-level story mode (which took me approximately 15 hours to complete), although the game is very story-lite.  A mysterious administrative figure will periodically put text across your screen, pleading with you to complete your final test.  In fact, this mysterious figure and the nature of the facility itself (hinted at through the background throughout the game) suggest that the developers were inspired by the Portal series.  Portal and Portal 2 are great games from which to draw inspiration, however, the implementation here fell a little flat for me.

Puzzles in story mode ranged in quality from predictable to very clever, and in difficulty from very easy to very challenging.  The difficulty curve felt very flat through the first two-thirds of the game, followed by a sharp increase in the late game.  I remember panicking at the first multi-switch, timed puzzle, but at no point did I feel that the puzzles or levels were impossible.  Several required many deaths before success, but generous checkpoints and a system to spawn your own temporary checkpoints meant that progress was almost guaranteed with enough time and effort. 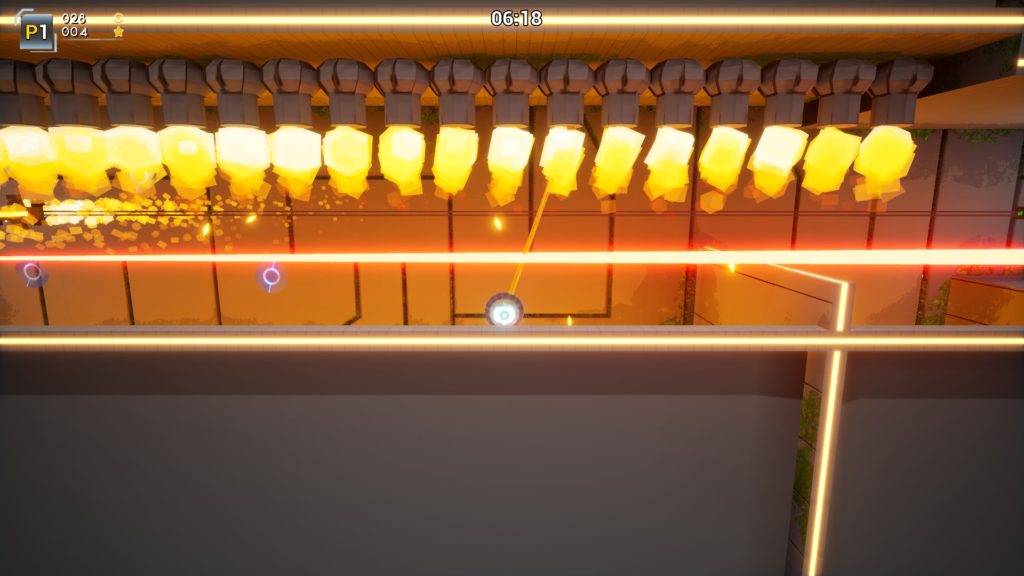 Throughout each level, one might bounce or grapple to dodge lasers, run through timed torch ignitions, avoid crushing death traps, navigate lava, and smash through walls.  There are two types of collectibles – blue circles (which can be expended for temporary checkpoints) and stars (which are used to unlock new levels for play).  The game marks time for each levels’ completion, as well as how many of each collectible you find.

I did not try the multiplayer, but Wreckin’ Ball Adventure’s Playground (for skills practice) and Endless modes seem as if they can add to the Story Mode’s fun.  Nevertheless, Endless mode seems geared for competitive multiplayer, as one’s run ends upon death, although nothing would necessarily stop one from seeing how far they could make it in a single-player endless run.

Wreckin’ Ball Adventure feels as if it would be a great streaming game.  A lack of gore, options for speed runs, runs for 100% completion, and a challenging mode that ends on death seem as if they were made with streaming in mind.  Whether or not streaming is in the cards for this game, I can say fairly confidently that I enjoyed Wreckin’ Ball Adventure.  It doesn’t have the charm of some classic platformers, but overall, it is fun.

Don’t Bite Devs provided a key for this review.

COMPARE TO: Cauldron 2: The Pumpkin Strikes Back, Portal 2, Sonic the Hedgehog 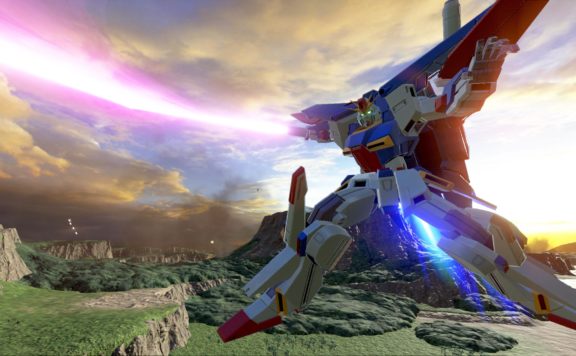 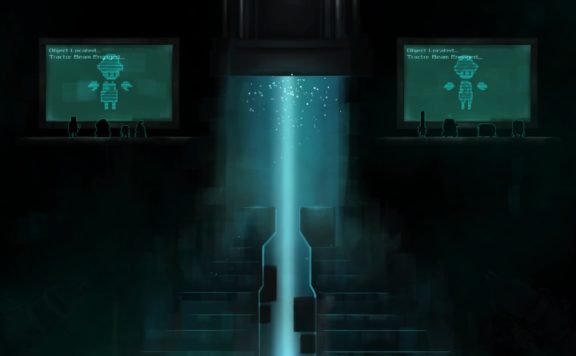