Metroidvania is such a loaded term. Lots of games consider themselves one these days. It’s an “in thing” in Indie games. Like roguelikes, or the larger Battle Royale craze. But to call Yoku’s Island Express simply a Metroidvania woud be doing the game a disservice. This wonderful blend of pinball, platormer, and adventure puzzler is one of the most unique games this year, and one of its best. \It’s absolutely adorable, charming to the Nth degree, and just damned fun to play. Though sometimes it can be rough around the edges when it comes to navigation, it’s never not fun.  You take control of a tiny beetle and now mailman named Yoku, pushing around a ball he’s strung to, while making deliveries on a large and full-of-character island.

You control Yoku, but you don’t jump with him – you use bumpers littered all over the landscape to launch him left or right like a pinball.  There are loads of “mini-levels” across the island, sort of pinball puzzles that must be figured out with a combination of brains and skill shots. It’s frustrating sometimes when the puzzle is hard but never upsetting if that makes sense. You collect fruit as a currency and spend it to add to your skills, pay tolls past some of the island’s inhabitants, and so forth. The world is massive, at least to your beetle self, and eventually, you unlock a fast-travel “Beeline” skill that makes getting to and from the many different areas much easier. But early on you’ll do a lot of backtracking. 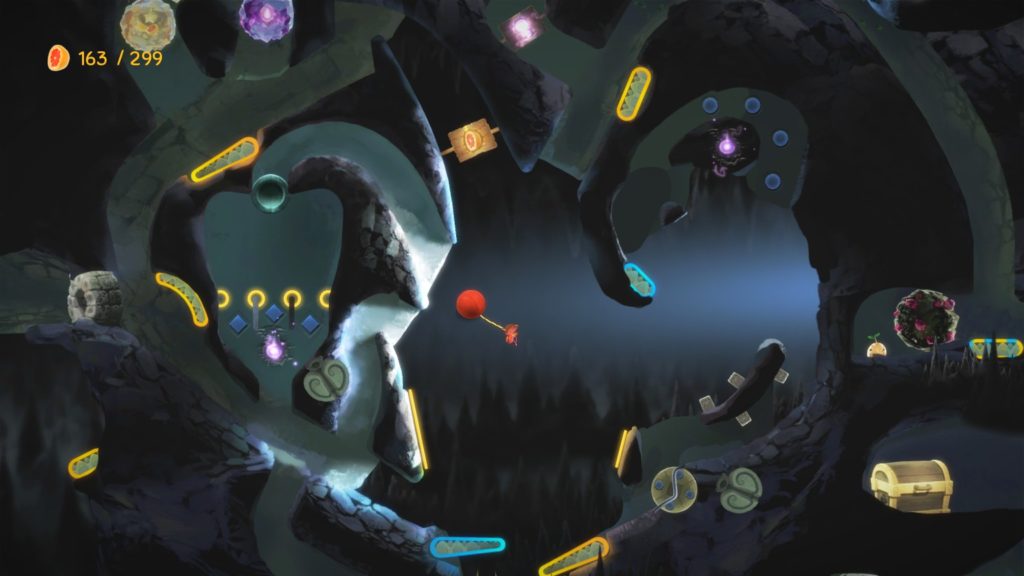 Yoku’s quest is not a linear one. You’ll bounce all over, literally, doing many different things at once, and I wish the game did a better job tracking your goals and objectives. Instead, I wound up finding my way through an area sometimes on accident as much as on purpose. Yoku’s not a long game, at around 5-10 hours for most folks, but it’s worth every penny at the $20 asking price. There’s loads of completionist fodder in there too, so your mileage may vary. Every ounce of this game is filled with joy, little danger, and mostly just fun. If you’re looking for a nice break from the ultra-serious games most companies put out, Yoku’s Island Express is ideal.

Metroidvania is such a loaded term. Lots of games consider themselves one these days. It's an "in thing" in Indie games. Like roguelikes, or the larger Battle Royale craze. But to call Yoku's Island Express simply a Metroidvania woud be doi...
0
Average User Rating
0 votes
Have Your Say!
Your Rating: 0
Submit
Write A Review