Panic just announced that pre-orders for the cute yellow Playdate console will open in July, and dropped more details about launch titles.

Back in 2019, we covered the news of this upcoming cute yellow windup from Panic. Set to play host to a range of awesome looking indie titles, the Playdate pulls together some innovative new ways to experience quick hit indie titles, built to make use of this unique system and its crankshaft control. Now we know that you can pre-order the Playdate this July for $179. The actual date will be published soon, but Panic aim to get the Playdate out to consumers later this year too.

Along with the pre-order announcements, Panic also unveiled the Playdate Stereo Dock, the first Playdate accessory. It’s a lovely way to store and charge your Playdate when not in use, a Bluetooth stereo speaker and, unexpectedly, can hold your pens. (It will include a pen.) Pricing and availability on the Playdate Stereo Dock is not yet available, however.

21 of the launch titles are now confirmed too. Three of the season one titles are still unknown, but the first 21 are listed below.

What makes the Playdate special, is that the games developed for this unique system are designed for the Plkaydate and built around an ecosystem that will hopefully encourage anybody to craft their own adventure for the Playdate. Also, it will run Doom too.

Find out more about the Playdate over on the official website now and get some pockets that will fit this lovely wee console.

Written by
Ed Orr
For those of you who I’ve not met yet, my name is Ed. After an early indoctrination into PC gaming, years adrift on the unwashed internet, running a successful guild, and testing video games, I turned my hand to writing about them. Now, you will find me squawking across a multitude of sites and even getting to play games now and then
Previous ArticleChivalry 2 Swings Into Action TodayNext ArticleMoonlight Sculptor Has More Than 1 Million Downloads Since Launch 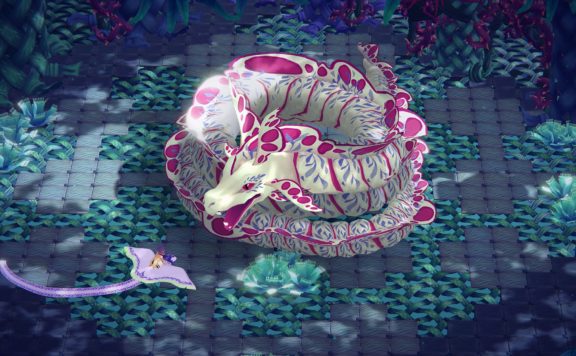