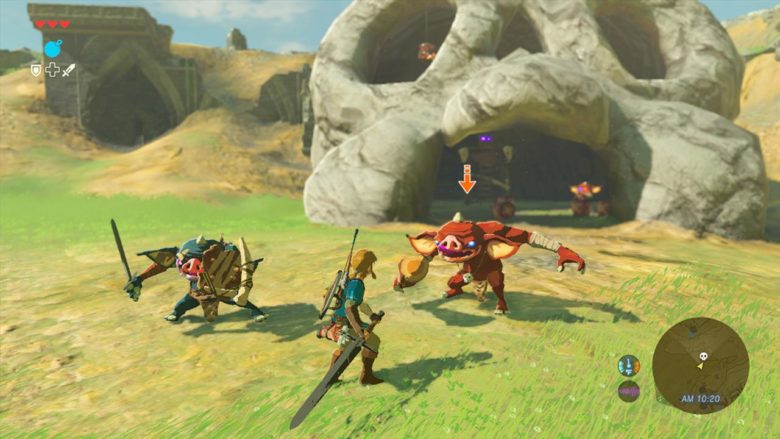 It seems that in this day and age, even The Legend of Zelda isn’t immune to DLC. Today the Legend of Zelda: Breath of the Wild Expansion Pass announced by Nintendo showcases the additional content that will be purchasable by players over the course of 2017. The details, thankfully, are not very wallet-hungry. First, for $20, you’ll get a Cave of Trials challenge, a hard mode, and some sort of new feature for the game map. The second content back will launch around the Holidays for 2017, and adds a new dungeon and original story to the game.

The expansion pass will be available for both the WiiU and the Switch versions, and there’s only one SKU – meaning it’s an all or nothing package. If you pre-purchase the Expansion Pass, you get three new treasure chests appearing in the game’s Great Plateau area at launch. One contains a shirt with the Nintendo logo for Link to wear, and the others will contain useful but not revealed items. How’s that for immersion breaking? Give me a Mario shirt, and I’ll consider it.

From the press release about the Breath of the Wild Expansion Pass:

“The world of Hyrule, which we created for The Legend of Zelda: Breath of the Wild, is so large and vibrant that we wanted to offer more for players to experience within it,” said Nintendo developer Eiji Aonuma, the longtime producer of the series. “With this new Expansion Pass, we hope that fans will play, explore and enjoy the game even more.”

Be sure to check out the latest screens from Breath of the Wild, as well as the special announcement video from Eiji Aonuma himself over at the official site. I’m sure the idea of a Zelda title having DLC will go over like a wet fart, but the these are the days we live in, folks. The good thing is that the biggest bit, the dungeon and additional story content, don’t seem to be something that the team has ready for launch and are just holding back. And frankly, $20 is decent considering some other prices in DLC world. Still, it’s a tough pill to swallow.

Written by
William Murphy
The Greatest Excite Bike Player of All Time (GEBPAT for short) and Editor in Chief of GameSpace.com and MMORPG.com.
Previous ArticleHalo Wars 2Next ArticleHalo Wars 2 Soundtrack Preview