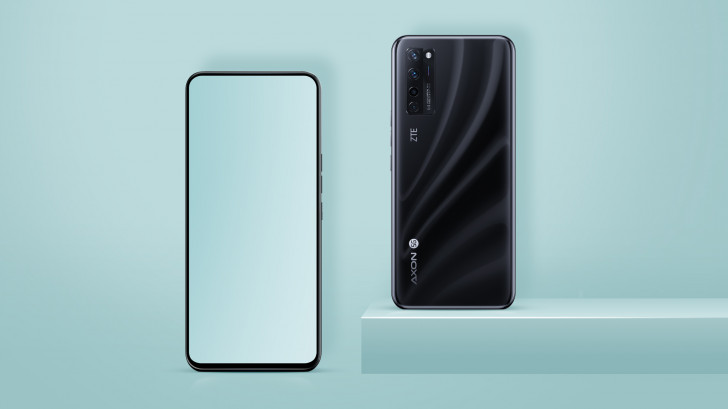 Phone manufacturer ZTE has unveiled the Axon 20 5G, the world’s first commercial mobile with an under display selfie camera.

Whether it’s the notch or the pin hole, few phones manufacturer’s have managed to get full and uninterrupted screen coverage on their mobile phones quite yet. Pop up cameras, and event eh recent Zenfone 7’s flip camera, might try to get around the problem but Chinese phone manufacturer ZTE thinks it has a better way of digging into the problem. After some initial pre reveal information, ZTE has now unveiled theAxon 20 5G, the world’s first mass produced a phone that will feature a selfie camera embedded into the display. What this means for consumers is a full screen gaming experience, whether it’s dashing through New Eden in Eve Echoes or just playing a quick match-three title. There’s no compromise as the new camera won’t be visible to the naked eye.

This 32 Megapixel snapper is possible due to “high transparency material that includes new organic and inorganic films,” according to ZTE. The face camera also accompanies a Snapdragon 765G processor under the 6.92-inch OLED display, meaning this might be great for a full screen experience but it won’t be top of the performance pile.

The Axon 20 5G will also come in 6 or 8GB variants, with of RAM and 128GB or 256GB of storage when it arrives. This probably won’t be the only under screen camera on the market but it could signal a new mobile gaming experience whenever this ZTE might hit stores in the west.

Written by
Ed Orr
For those of you who I’ve not met yet, my name is Ed. After an early indoctrination into PC gaming, years adrift on the unwashed internet, running a successful guild, and testing video games, I turned my hand to writing about them. Now, you will find me squawking across a multitude of sites and even getting to play games now and then
Previous ArticleAry And The Secret Of Seasons Falls Into Place TodayNext ArticlePlanetSide 2 – The Shattered Warpgate is Coming…