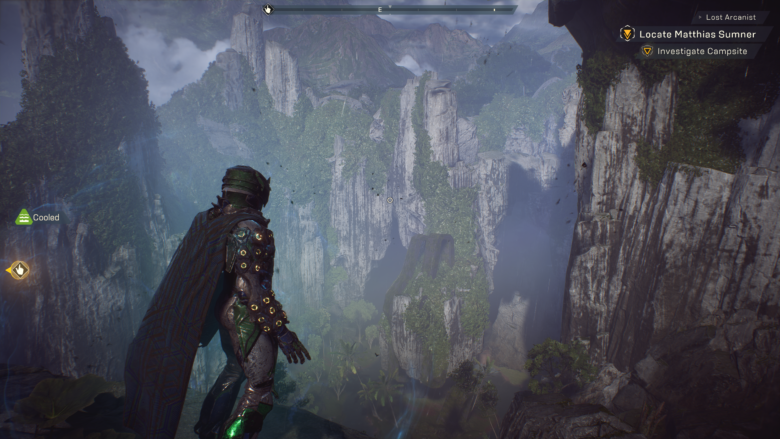 Heading into the launch of any new MMO or MMO-lite game I’m always a bit anxious about how the game will do. I generally always want every new game to do well, but games which are multiplayer face a whole set of unique challenges many other game types never deal with. With Anthem this anxiousness was increased a when the VIP demo experienced its many issues. As a promotional tool, it was a mess. Thankfully it does seem like BioWare addressed nearly all the problems we faced during the demo and Anthem thus far has been a ton of fun.

To start, you play a freelancer who is brand new, and one of your first missions is to deal with the Heart of Rage. No one seems to know what the Heart of Rage is aside from it has to do with shaper relic, and bad chaotic things are happening. It’s our job to stop it… somehow. Since this is the beginning of the game, it’ll be no surprise to know things go poorly and pretty much everything falls apart. 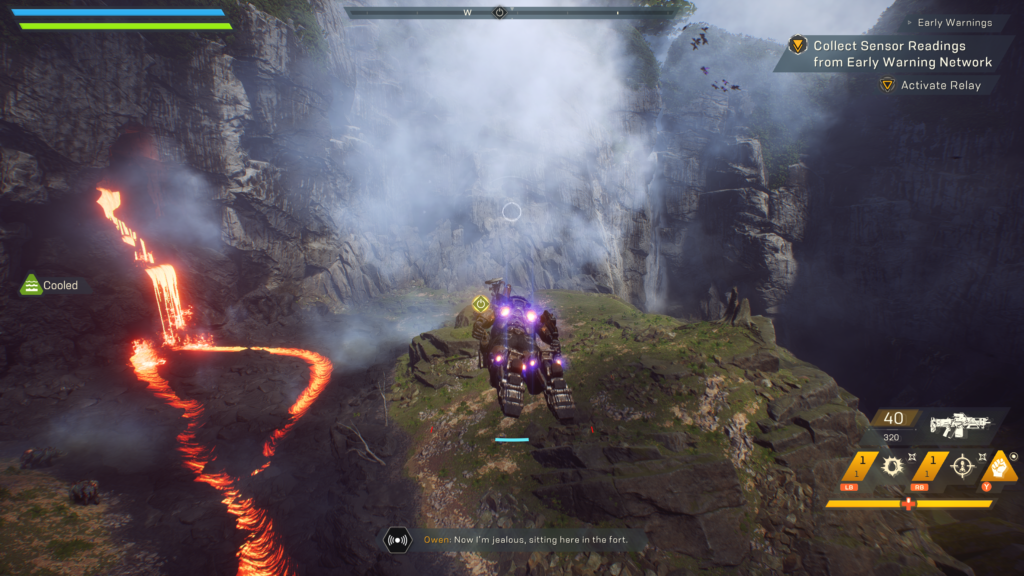 After this first mission, we then skip ahead a couple of years, and we have a bit more experience as a freelancer. This story element fits in well with being able to pick any of the four javelins to use after the intro mission. In the beginning, we were essentially borrowing a suit for use, but once you get in the game you have your own suit you’ve been using over the intervening time. I like this set-up because it lets players get into the game and experience things in the way which is most interesting to them. However, there’s one huge thing to note here. The first javelin you pick will be the only one you can use until level 8 even if you decide to restart the game, so it’s a big choice which will vastly affect how much someone enjoys the game.

One of the most critical aspects of Anthem is movement and dynamically using your surroundings. I’m not talking about flying per se; I’m more meaning the sprinting around, dodging, hovering, and using various structures to your advantage. Movement is huge also because every javelin has its own way of moving around, they all feel vastly different from each other. For example, Storm is my favorite because it’s quick and has a lot of versatility but isn’t as hectic as the Interceptor. However, Ranger is my least favorite because as a middle road between the quick movements of the Interceptor and the slowness of the Colossus, Ranger feels like it isn’t particularly good at anything. Which isn’t to say the Ranger isn’t actually good at anything. All the javelins are quite effective when used well; it’s just down to player playstyle here. 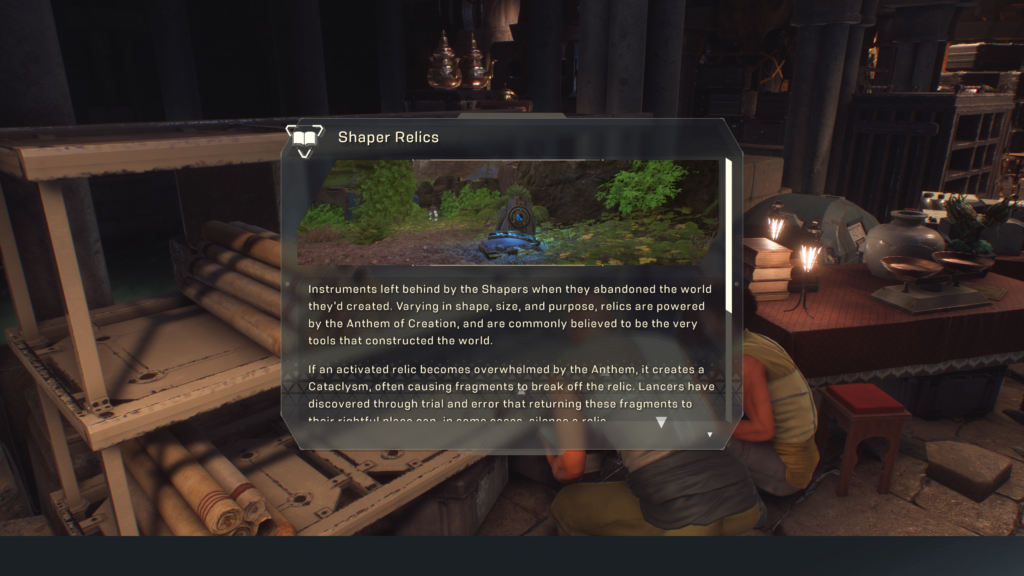 As a result, picking the first javelin is an important choice which can completely change the of the game and there is no way to reset it. On the upside, leveling is fast. I’ve been averaging a level an hour and I’m not in any way trying to power level. I have spent a ton of time in Fort Tarsis looking for things to add to the codex (to learn more about the world and characters) and talking to every character every single time I have the option. I could probably bang out the levels even quicker if I spent less time exploring and more time going mission to mission directly. So if you make a bad choice in your first javelin, you shouldn’t have too much time to go through before you get to pick something different.

Speaking of the characters BioWare is in peak form with the characters in Anthem. There haven’t been any wonky animations tarnishing conversations, and I’ve enjoyed talking to pretty much all of them. Even the characters who I don’t particularly like are well done, and I don’t like them due to personality rather than them being bad characters. Character conversations also seem to be where the player choice aspect comes into play more than anywhere else. Some characters will ask you for advice about what they should do, and that advice will lead them to make various choices. I’m not entirely sure yet, but I also think some of the decisions made in these conversations will influence some of the side missions which are available. Either way, getting to know the various characters around the fort is well worth the time. 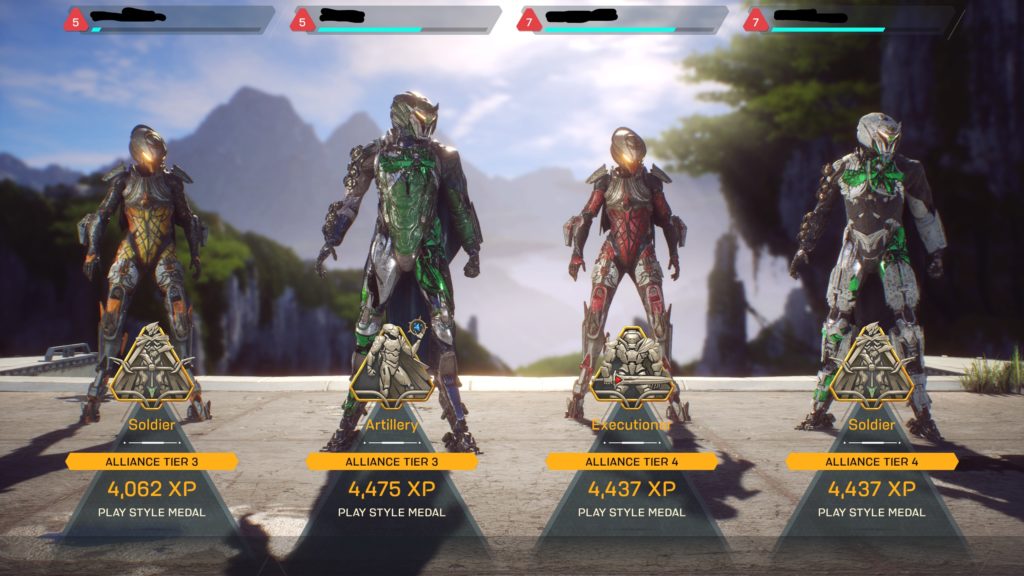 One aspect of Anthem I couldn’t get a good feel for in any of my previous play sessions is how well the scaling works for players of different levels. The way things are intended to work is for every player to see enemies as the appropriate level for them personally. This type of individual scaling helps keep things interesting for all players even when there are large level discrepancies. From what I have seen so far this scaling is working perfectly. No matter if I am one of the highest-level players or the lowest, in every mission it has felt like I have been able to contribute effectively, and I have had a lot of fun. I honestly love this method of handling things because it makes it more enjoyable for everyone. I’ll be interested to see how this works at max level though regarding gear level. My guess is the Grandmaster difficulties won’t have any scaling to them since they are intended to be the premier difficulties at launch.

My playtime has also been remarkably free of bugs ever since we were given access. I had one during the “What Freelancers Do” mission where after opening the empty cage the mission wouldn’t progress. I had been matched with one other person for that mission and, weirdly, as soon as they dropped group, the mission proceeded without a hitch. I have no idea what was going on there. I also haven’t had any issues with connection at all. However, I do know some people had problems making it through the intro missions without getting disconnected, and another friend had his game crash anytime he talked to a particular character in Fort Tarsis. So, there are still some bugs out there, as is normal for any game, but it does seem like so far things are going well.

Overall, I love everything I’ve done so far and can’t wait to delve even further into the game. I’m also very much looking forward to seeing how everything goes once the full launch happens.