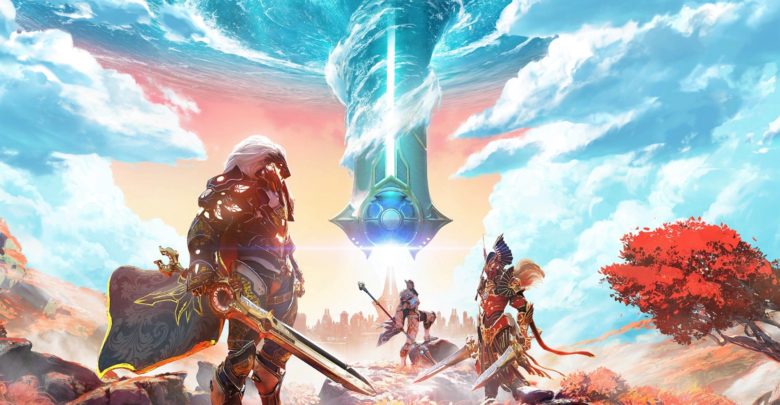 I’ve been playing a lot of Godfall, the new looter-slasher ARPG from Counterplay Games, as of late and I’ve been having a slasherrific good time. I’ve been playing on a PC through the Epic Games Store but Godfall is also available on the PlayStation 5 and really shows off what the next-gen console can do. The combat comes at you fast and furious, the loot is plentiful, and the visuals are beautiful. There’s even a fair bit of exploring to be done for those that like to stop and smell the roses. No matter how you like to play, I have a few tips and tricks that will help you climb that stairway to heaven in Godfall.

Regardless of how you plan your skill build be sure to put at least one point into all four corners of the skill tree. These four pillars are the foundation for all your special attacks and defensive moves. Even if you don’t plan on making them an integral part of your build they still give you some extra utility for those Oh Crap moments.

When you start out on a new mission don’t waste your time collecting all the motherlodes, chests, or anything else that glitters. Save time and head directly to your primary target. Heck, you can even skip most of the trash mobs unless you really need the experience points to level up.

Once you complete your main mission you will have three new waypoints on you HUD, each one pointing you towards a Twilight Beacon. Activating one of these Beacons will uncover three hidden objectives. Use your spirit sight to locate and complete each one for extra loot. As you backtrack to each beacon you’ll be able to pick up all that loot you passed by earlier and finally take out all the mobs you need to keep that XP moving to the right. Plus, finishing all three Beacons on a map will yield a bonus chest usually filled with the sweet stuff.

There are three levels of difficulty in Godfall so pick the one that’s right for your skill level. Doing so will give the story missions just the right amount of challenge.

Once you finish the story it’s time to start grinding out Hunts, Dreamstones, and eventually the Tower of Trial. Unless you feel the need to prove you’re the ultimate fighting badass by completing everything on the hardest difficulty, you can drop down to the easiest difficulty to speed up your grind. Hard difficulty gives out extra XP and loot but you more than make up for it with the speed you can finish missions on Normal or Easy.

Pick a level, any level

It may seem like you’re gathering a ton of Aetherium and other resources while you are leveling up, but that isn’t really the case. Upgrading a single weapon is very costly and those resources will run dry after upgrading a few pieces of gear to max level. By waiting until max level to start your upgrades you will save yourself a little bit of grinding time. Not to mention that at the lower levels a fully upgraded item will still be outclassed a few levels down the road.

Match your weapon damage to your Valor suit

Not all Valorsuits are created equal. Some, like the Silvermane, focus their power on enhancing weapon techniques, while others ramp up a specific type of damage, like the Phoenix’s penchant for fire. In the later cases make sure your weapon’s damage type matches your Valorsuits elemental boost. Even if your weapon does a few points less than something else, the pumped-up elemental damage will bring the hurt to your foes. 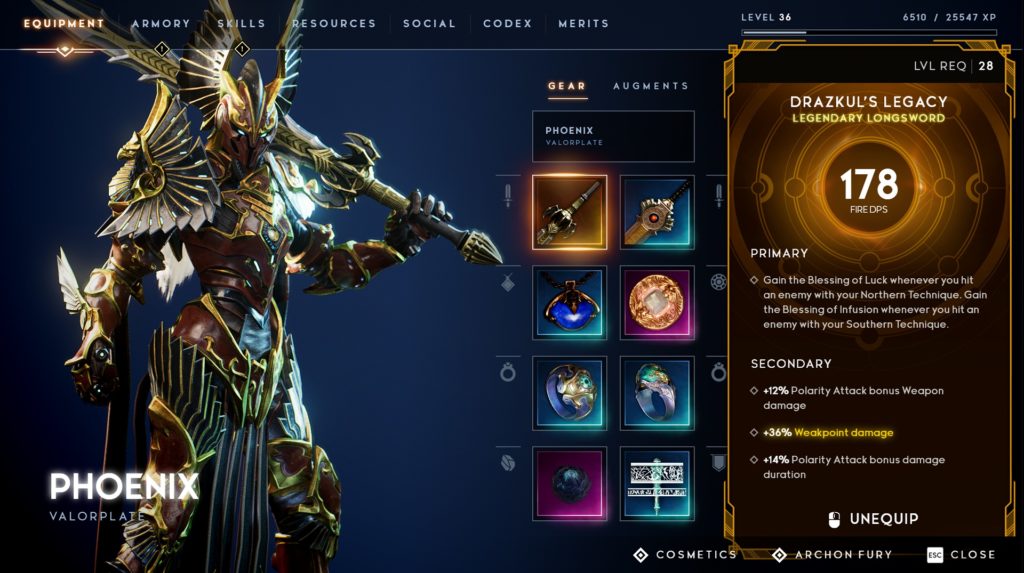 Phoenix and a fire sword – a match made in heaven

Hack-n-slash RPGs don’t always offer the deepest story to go along with their combat-focused gameplay and, on the surface, Godfall is just like all the others. There is a lot of lore to be had though. It’s even lying around in plain sight in the form of Codex entries. They look like little stone tablets and are easy to spot since they glow red. Take the time to read them and you’ll see what kind of story Godfall could have (and should have) shown through cinematics or an audio narrative during gameplay.

One of the first things you’ll notice about Godfall’s HUD is the lack of a map. There will always be a waypoint indicator to lead you to your next objective but if you are used to using your map to locate chest and resources you will be a little lost. That’s where spirit vision comes into play.

When you enter Spirit Vision the everything around you will be darkened by shadows. Except for the loot. Chests, motherlodes, and pretty much anything and everything else you want to collect will be brightly illuminated in a sparkly tower of light. When paired with the next tip you should be able to clear any realm of its resources in no time.

Show me the money!

Not only is it impossible to stay in Spirit Vision mode all the time, doing so would really hinder your ability to take in all the vibrant visual goodness that Godfall has to offer. There’s an easy way to tell when something is hidden nearby. When you hear a humming noise nearby it’s a sign that something important is hiding out of sight. Turning on Spirit Sight in this situation and doing a quick 360 turn should show you where your hidden prize is located.

Grab A Friend (Or Two)

Godfall is a wonderful solo experience. You can play how you want whenever you want. That doesn’t mean you have to play alone, though. There isn’t any matchmaking available at the moment, but if you have someone on your friends’ list that also plays you can invite them to join you in your hack-n-slashery. Multiplayer is only co-op so you don’t even have to worry about your friendship ending up in a fight to the death like Orin and Macron had.

Written by
Mitchell Gassner
Old enough to have played retro games when they were still cutting edge, Mitch has been a gamer since the 70s. As his game-fu fades (did he ever really have any?), it is replaced with ever-stronger, and stranger, opinions. If that isn't the perfect recipe for a game reviewer, what is?
Previous ArticleHyrule Warriors: Age of Calamity Shares Official Launch TrailerNext ArticleDual Universe & the Importance of Building 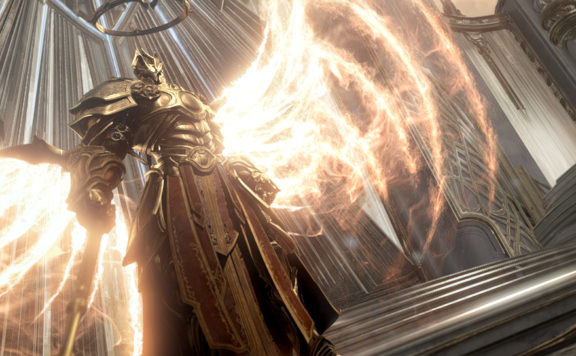 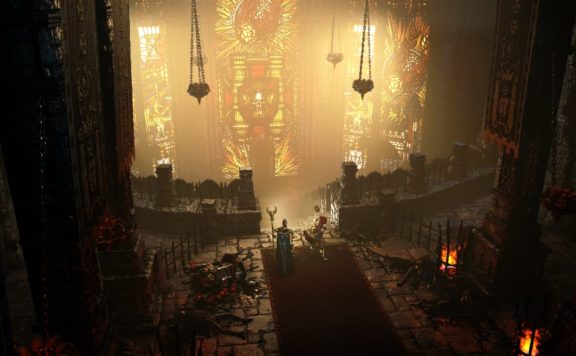 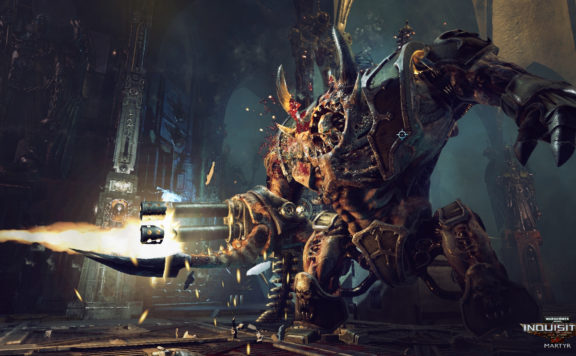 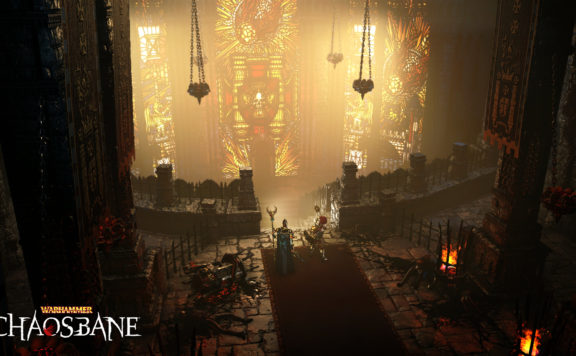 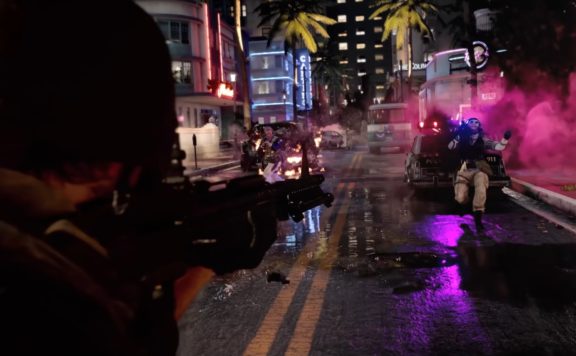