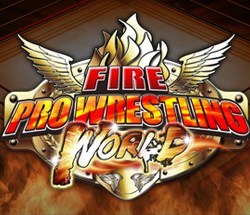 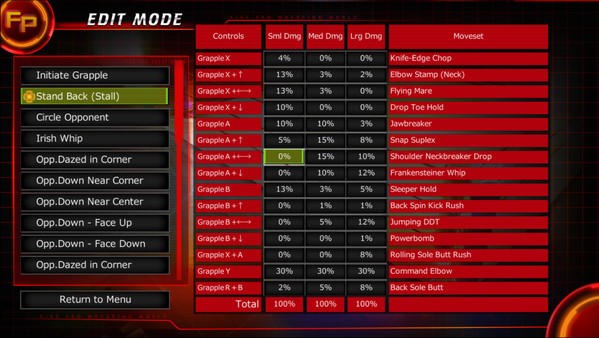 If you know Fire Pro Wrestling Returns (the latest Fire Pro game from way back in 2008) you know exactly what I’m talking about. In case you don’t I’ll explain how a game with simple 2-D graphics can be so remarkable. WWE games are fantastic for presentation and they come with an incredible creation suite. One of the best in the business. Where my love for those games fades is between the ropes of the squared circle.

Gameplay AI is the first-place Fire Pro shines. As seen above you can edit the AI of every single wrestler down to the individual move frequency. In Fire Pro, the sprites don’t just hit the moves of the wrestling icons they represent, they hit their moves in the same order as we see on TV. If you set it, they even work the match in a similar style to their real-life counterparts. For example, you can create a “Jerry Flunk” that brawls and tries to drag you to the floor where he assaults you with foreign objects before climbing the turnbuckle and attempting a moonsault to the concrete! It sounds too good to be true but it’s not. 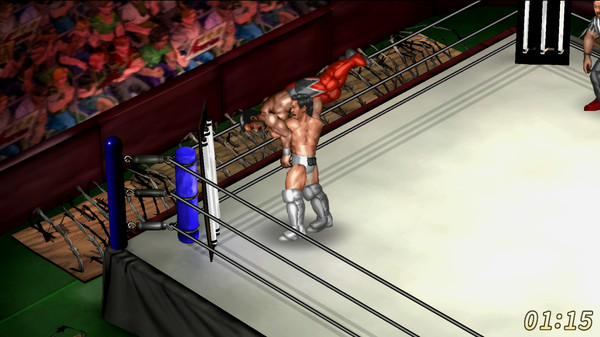 Sophisticated AI of this depth simply doesn’t yet exist in mainstream wrestling games. Don’t believe me? Youtube some Fire Pro bot battles and watch as those little sprites wrestle in a more realistic way than bots in any modern 3-D wrestling game. Hell, this AI is so good FPWR has a built-in MMA mode that plays like a legitimate MMA game within the wrestling game!

“But it looks like a game from the 90’s” You got a problem with the 90’s friend? Lotta good memories happened in the 90s. First off graphics don’t make games great, they help but I can’t think of a single game that lived and died on graphics alone. The truth is a game that looks great with terrible play is broken, garbage, unplayable. On the other hand, I’ve played plenty of games with bad graphics and great gameplay. Super Mario, Tetris, GoldenEye, all still fun graphics be damned.

A benefit of simpler graphics is easier production. The end result is thousands of moves and thousands of character creation parts plus a ring logo builder and several gruesome match types. I’m talking about match types seen only in Japan and on the Inde’s such as barbed wire ring ropes, landmines, and florescent light bulbs as well as standard modes. 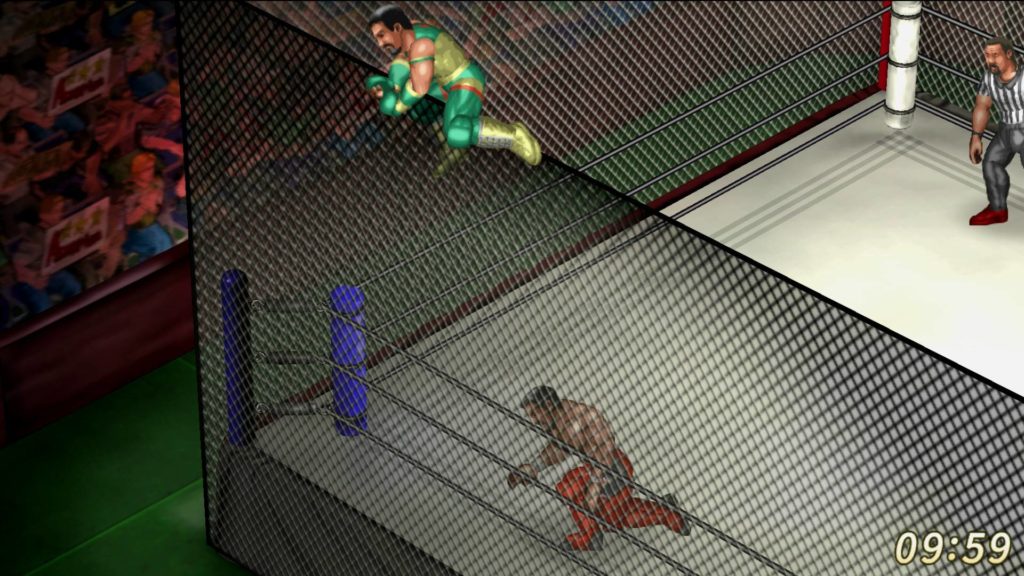 Fire Pro continuously impresses me with what it manages to get out of its sprites. From “Teddy Guerra” tossing a chair to his opponent then hitting the mat as the ref turns around to “Abe The Butcher’s” fork attack to running handspring moonsaults over the ropes to the floor what Fire Pro gets out of their sprites never ceases to amaze me.

So why, in 2017, am I writing about a game from 2008? (The only game from 2008 that I still play by the way.) Because a day FPW fans feared may never come finally has. Fire Pro Wrestling World was recently announced for Steam and PS4! All the screens in this column were from the new game. (Trailer available here) Featuring a new addition to the series, online play for up to 8 players simultaneously! Soft launch is set for Q2 2017 with a full release later. You can bet I’ll be ghosting FPWW to see if it can fill the massive boots left by its predecessor. I don’t get hyped easy, but I’m hyped for this!

AND THAT’S THE BOTTOM LINEEEEE…cause…well, because this is literally the last line in the column. 😉

Written by
TimE
In my columns I walk the line between fan and critic as I document the development of Camelot Unchained, Crowfall, and Chronicles of Elyria.
Previous ArticleGwent PS4 Technical Beta to Get Underway This WeekendNext ArticleGood at Splatoon on WiiU? How’d you like to go to E3 2017? 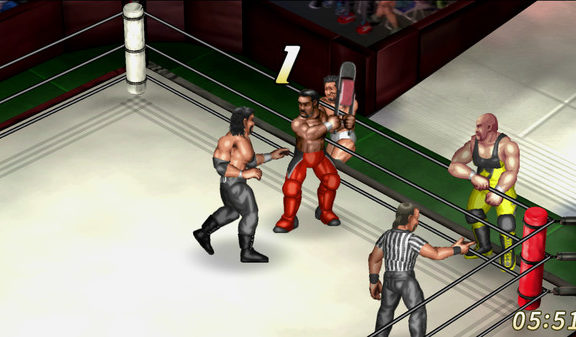