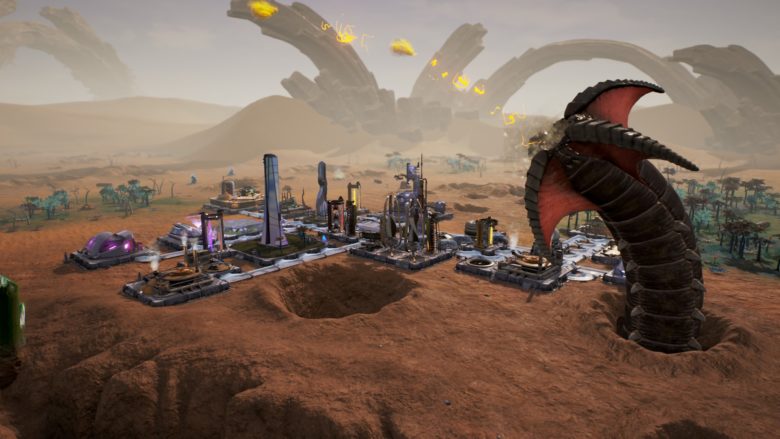 People have been saying it for months, Aven Colony is SimCity but in space. While that is true, it’s also an unfair blanket statement. It makes it sound as though it is a clone with an extraterrestrial backdrop. In my short time with Aven Colony so far, this is not a game of balancing economic booms with woes and the occasional disaster. This is survival far away from home. More is at stake than financial crises and PR blunders, this is to be a new home for those who would dare to venture beyond the cradling arms of the earth. Whether that environment is welcoming or hostile, it’s up to the player to make sure the newly founded colony becomes a shining symbol of human ambition and prosperity. It may be like SimCity in that you’re managing a growing population center, but the similarities mostly end there.

I had to ease into the game, so I went with a rather hospital looking planet as I jumped into the Sandbox mode. The beautiful forested and somewhat mountainous world of Vanaar seemed like a perfect place to put the colonization through its paces, and sure enough, it was! Starting from nothing, I slowly began to build up my colony as I saw fit while also following different mission objectives as they appear, such as increasing my colony population, my farming output, mining resources with better efficiency and the like. The SimCity comparisons on the surface are beyond valid, especially when it didn’t seem like I was encountering any alien dangers through my time on the planet. 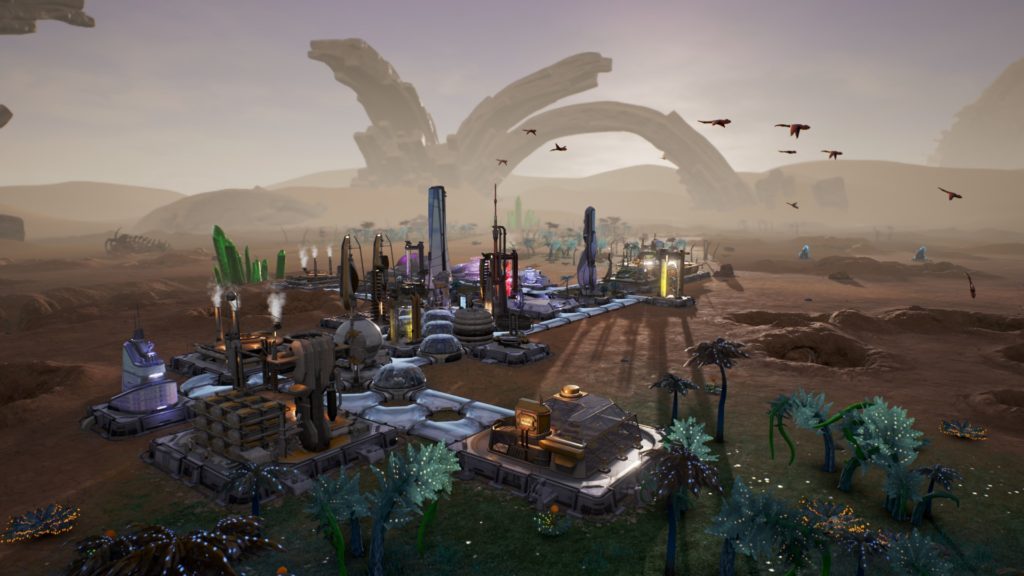 But then, disaster did strike and it struck in the form of my own idiocy. I’d expanded too far too quickly and as such, I stretched my most important resource far too thin. Nanites. Without a means to produce them quickly enough, expansion began to slow to a crawl and considering a good portion of that expansion was centered around farming and water it was dire. Not game-ending, but dire. The insult to injury was this disaster was entirely my fault, much like politicians I roast constantly for their inability to balance resources properly I’d just done the same. It was a foot in mouth moment for sure, as I struggled to come back from the mishap. I wrote off the colony as a loss and started a new game on a different planet taking what I’d learned to heart. I had to be more mindful of my resources, especially nanites.

This time around, things were going much better as I decided to tone it down on the expansion and just slowly focus on my assets at hands. Nanites, water, food, mineral resources, things went much better this time around, albeit slower. Slow and steady wins the race, and that became very evident even on an easier planet. Focusing on the missions seems to be the best way to progress, as when I started expanding out far beyond what the missions were suggesting is when I hit my problems before. Taking it slower gave me the opportunity to realize that the game, while by no means award winning visually, is still quite a treat to look at. 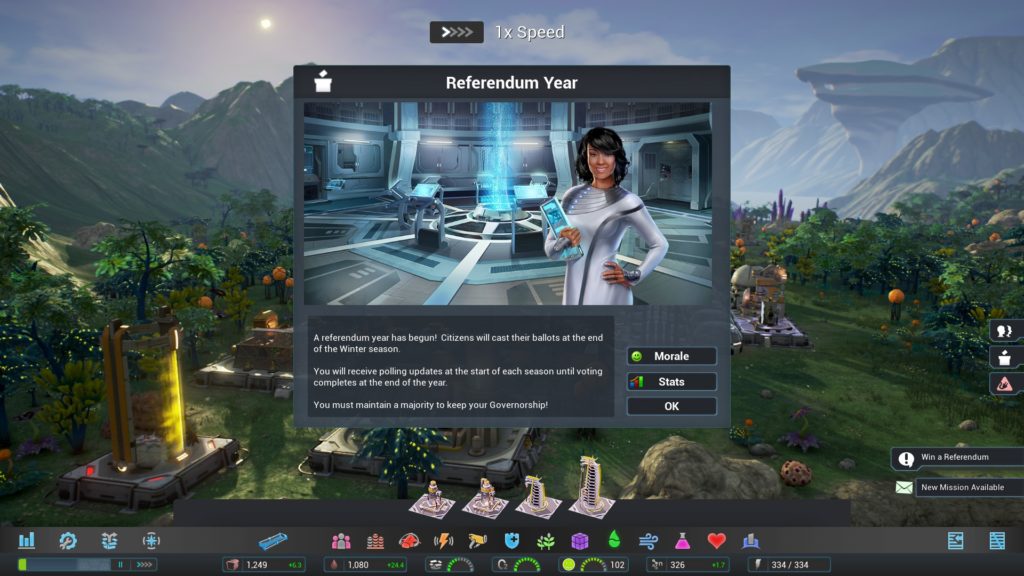 The modular design of the colony blends well with the environment it’s built upon, the coming and goings of ships and drones show the continued progress from above while zooming in on the transparent domes and hallways show the bustling population within is almost relaxingly therapeutic to look at, it’s a way to sit back and think “This is going well, things are on the right track.”

But while it was the best of times, it was also about to become the worst of times. Since I hadn’t seen any of the environmental events on my first colony, I turned their occurrences up to ‘Frequent’ and that was a mistake, considering the first event to hit my colony was Creep! A bacteria-like substance that latches onto sections of your colony and slowly spreads, and I was not quite prepped to handle it.

As I navigated quickly through the menus, it seemed as though the problem just kept spreading, and before long a third of my colony had successfully crept. The population was running in a panic to other sections of the colony while I was finally able to start the cleanup process, it’s dealt a blow to public safety and to my resource management. That showed me the true dangers that’d be around in Aven Colony. 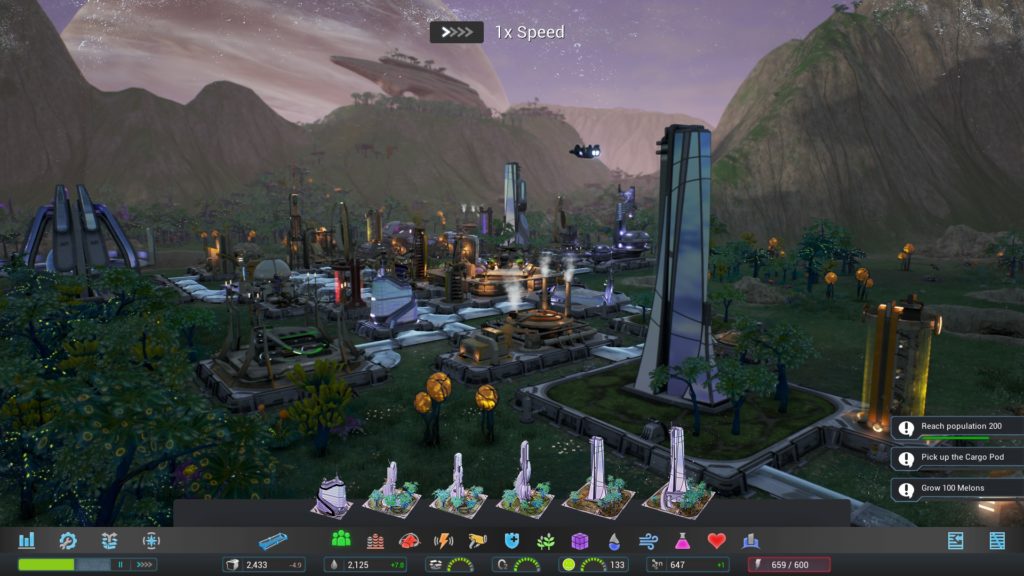 Aven Colony launches in full on July 25th for the PC, Xbox One, and Playstation 4, and after only spending a few hours in the game I think I have a new management game that will let me give City: Skylines a break for a while. Blending a mesh of your standard city-building with the dangers and beauty of alien landscapes makes it feel fresh, innovative, and easily accessible to most people with a fair amount of difficulty that it’s still a game of thinking rather than a game of building.

Written by
Johnathan Irwin
A gamer to the bone almost as long as I've been alive, putting my passion for gaming to use through my writing.
Previous ArticleSonic ForcesNext ArticleCryptark One Hour Review 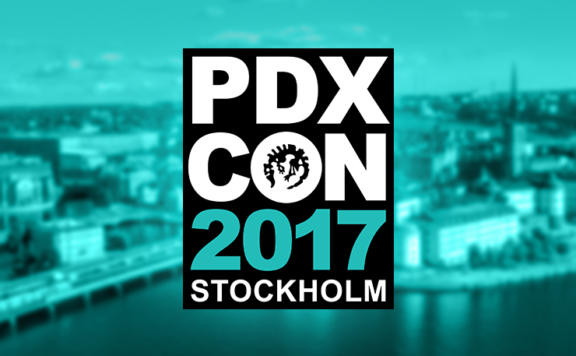