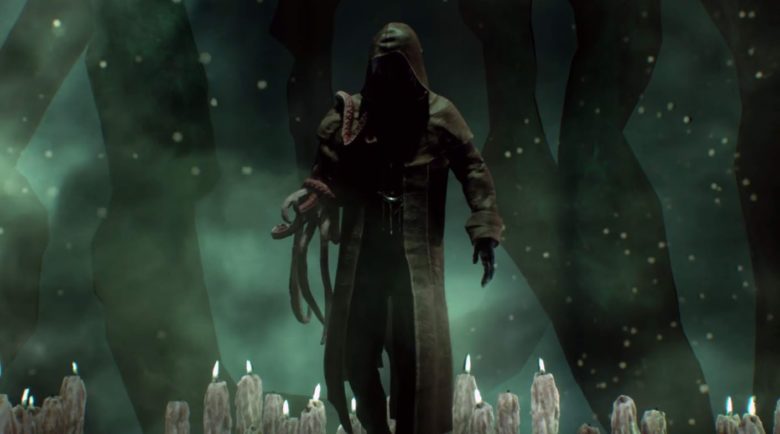 When Call of Cthulhu from Cyanide Studios was announced, I sat straight up in my chair. This was a game rising from the briny depths, tentacles in tow,  just for me. The first collection of horror stories I ever purchased as an adult was The Best of H.P. Lovecraft edited by Robert Bloch and my first e-book collection was The Complete Works of everything he’d published. Over the last three years, I’ve read more than 50 modern horror novels written by “Lovecraft’s Children,” that wonderful group of authors ushering in “the new weird.” If anyone was primed to love this game, it was me.

We were lucky enough to get our hands on a preview build of the game and, well, let’s just say it’s a few tentacles short of an Old One.  This is our preview of Call of Cthulhu by Cyanide Studios. 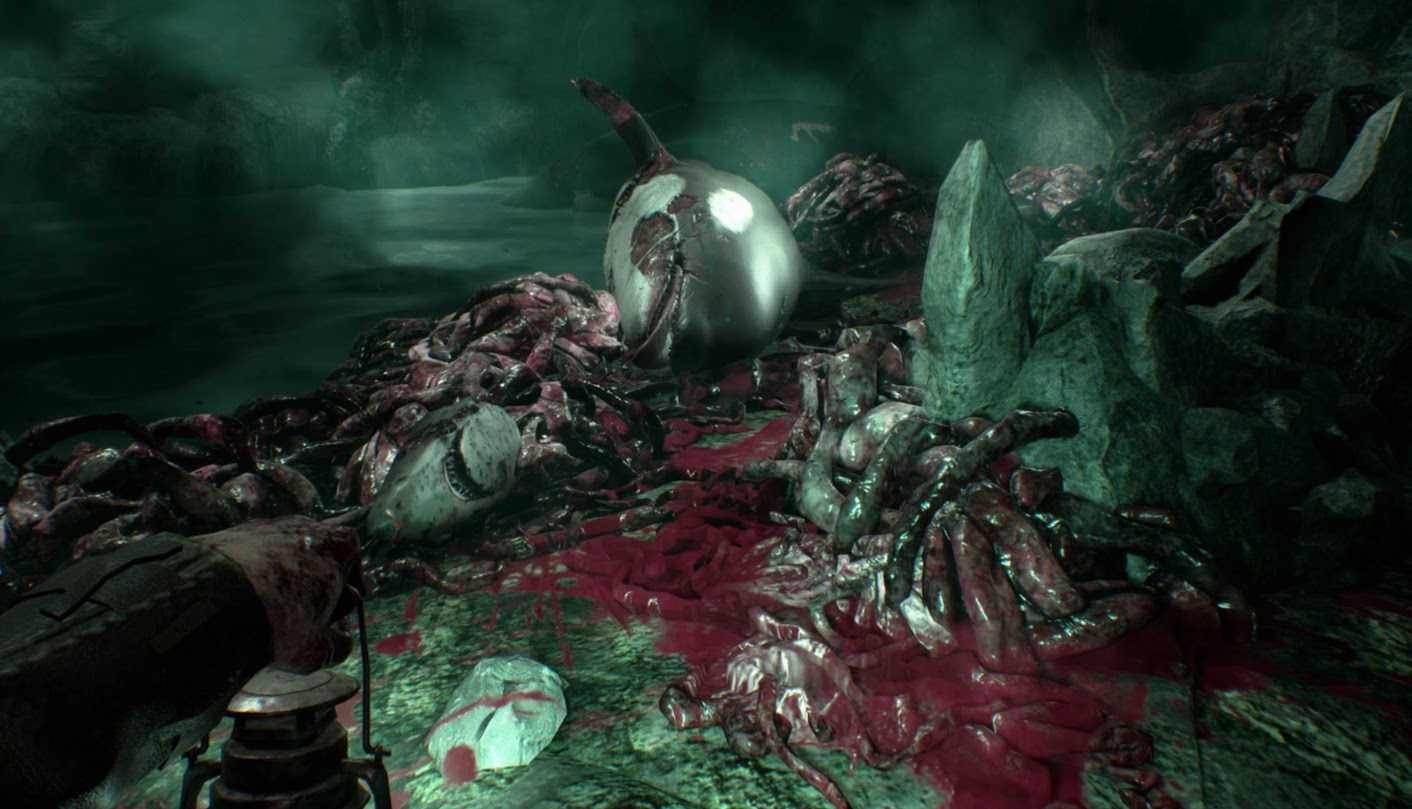 Cthulhu’s opening drips in saltwater dread. You come to in a cave, unsure of where or who you are. It’s clear that something isn’t right. Maybe it’s the mutilated bodies of fish and sharks heaped on boxes and wet piles on the floor. Maybe it’s the ominous voice reverberating from the walls – or is that in your head? It’s here you’ll learn the basics of the game, which are precious few.  Cthulhu is a game about exploration and puzzle solving. 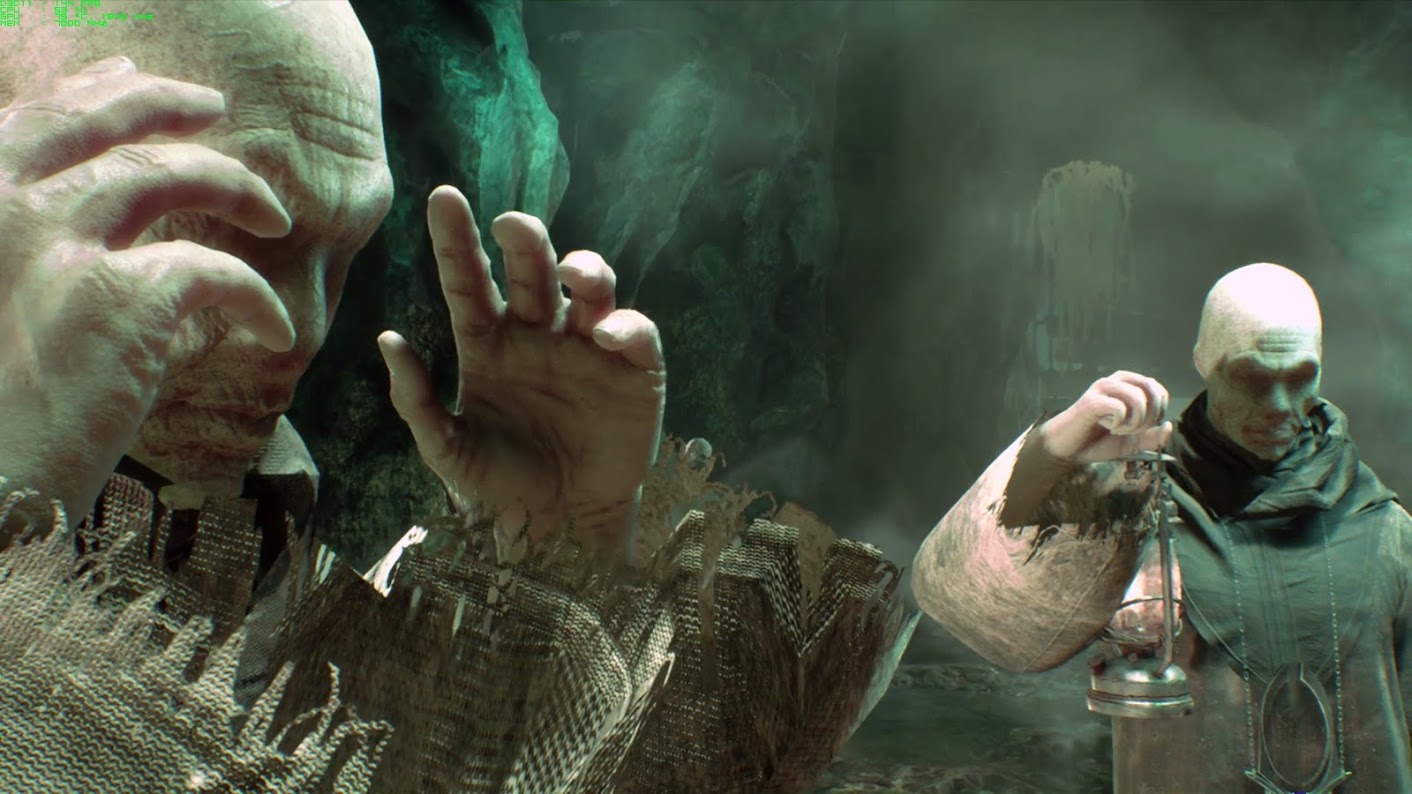 Just as doom rushes to meet you, you come to again, this time in the office of your detective agency. You play as Edward Pierce and after World War 1, things started to fall apart. You’re haunted by dreams of war-time atrocities, like so many men of that time. For the moment, it’s the solace of the drink that gets you through the day. But work is light and you don’t like to play by the rules. So, when a wealthy businessman comes and asks you to investigate the death of his lone daughter, you’re not in much of a position to decline.

As it happens, it wasn’t just his daughter, poor Sarah Hawkins who had died. It was her whole family, supposedly in a house fire but circumstances are far from clear. To uncover the truth of Sarah, her husband, and their young son, you travel to Darkwater Island off the coast of Boston. It’s not exactly what you’d call a happy place. 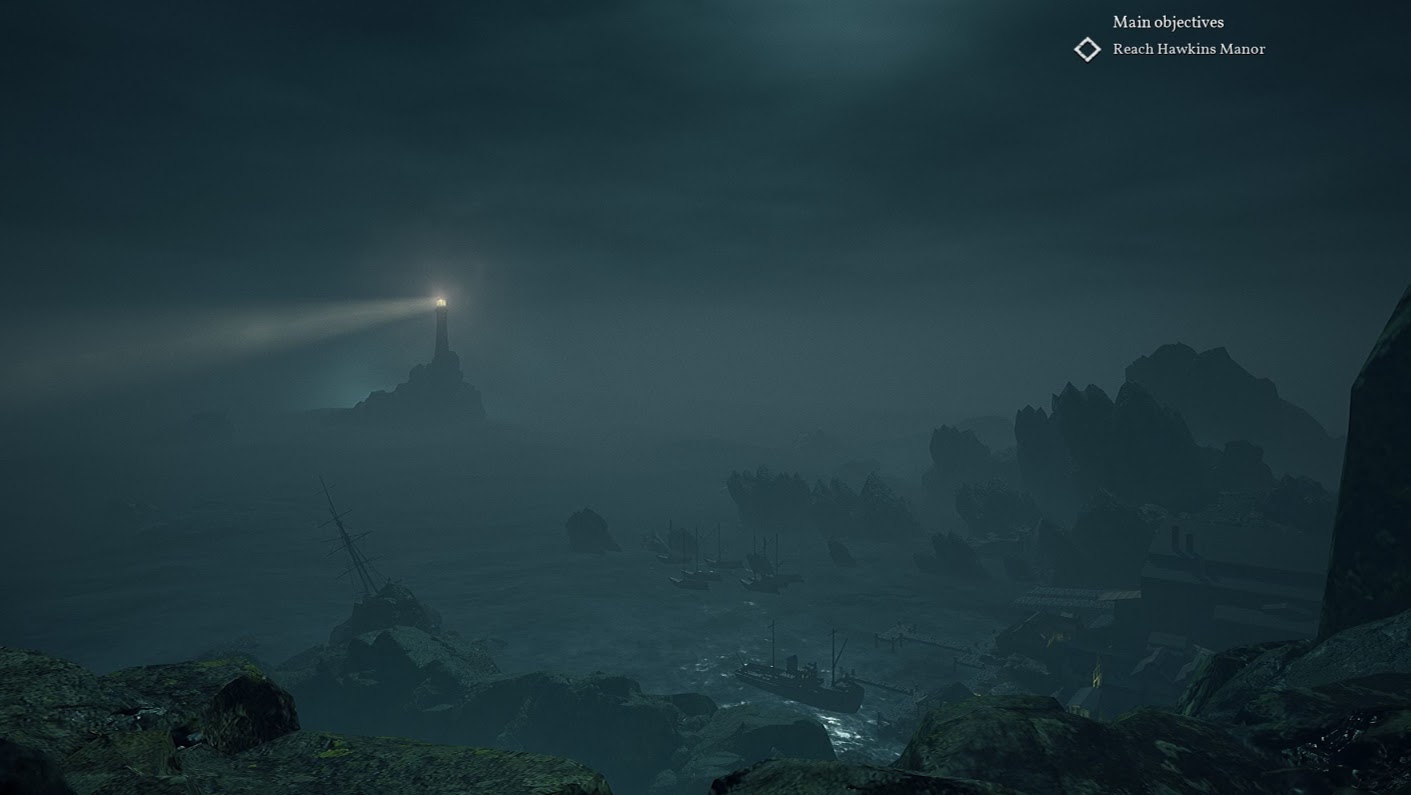 Darkwater is a failed whaling town, surviving on little save the local crime syndicate. Soon, you uncover unsavory details about the Hawkins family. Like, Sarah’s penchant for painting unsettling and downright disturbing pictures. Or, that the Hawkins’ are one of the old families on the island and, on Darkwater, you don’t cross the old ones.

The setup here is a good one. It’s rife with mystery and foreboding. There’s an inescapable sense that something terrible is just around the corner, which leads to a wonderful tension.

This ties in well to the game’s gameplay loop. More than anything else, you’ll explore and discover, solve puzzles and piece together clues. In doing so, you’ll talk to what seems like everyone, using an RPG-like dialogue system. Sometimes, exploring or listening in on hushed conversations will reveal new dialogue options. Sadly, these seemed largely to be flavor options without much meaningful impact on the game (and you can usually tell by the abrupt “back to business” changes in the voice acting). 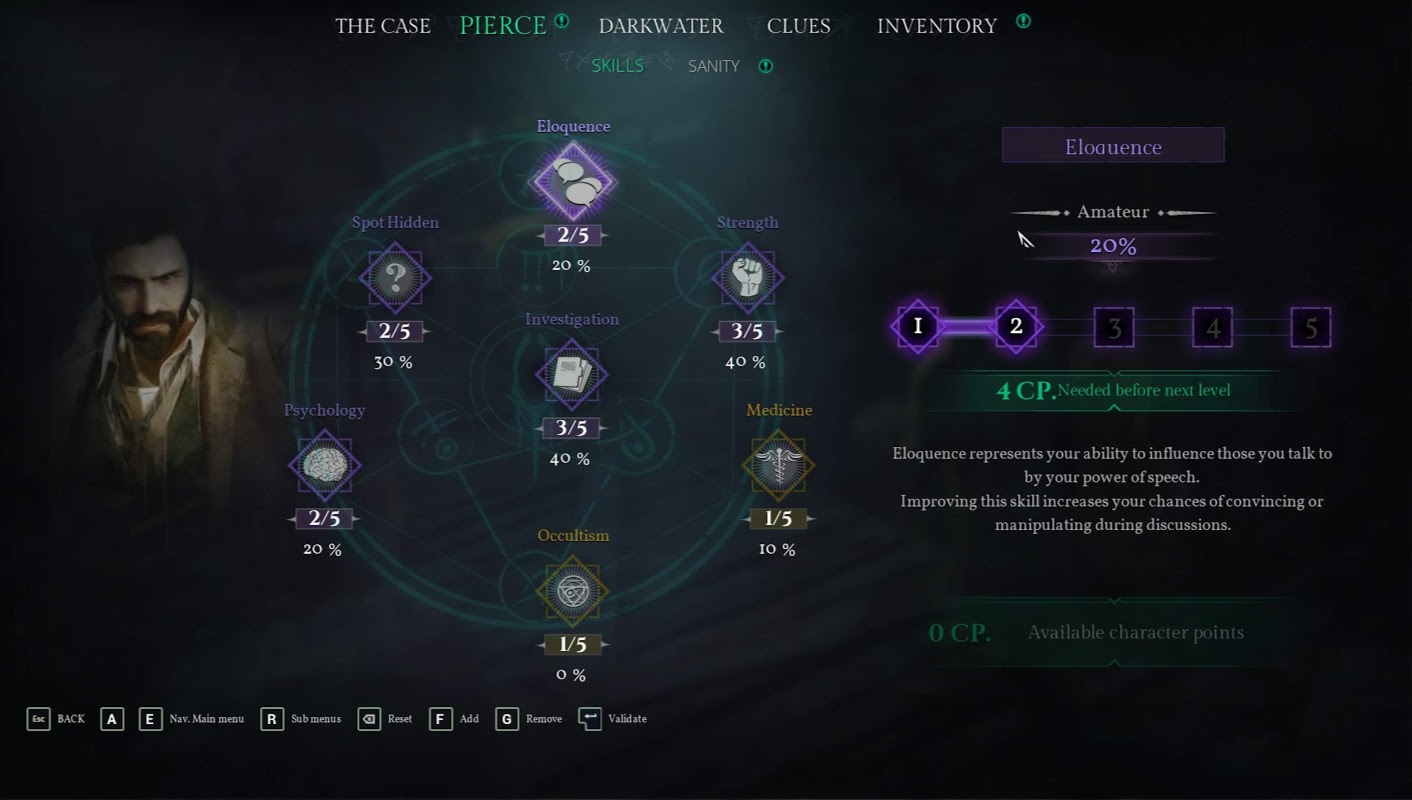 The game goes for depth with a skill tree system like what you’d find in the average action RPG. You can invest character points in attributes like Strength or Medicine to open up new opportunities, like intimidating people in conversation. Spot Hidden, for example, lets you know when there are objects to examine nearby.  Investigation allows you to puzzle out extra bits of information when analyzing crime scenes which you can then take back into conversation.

The other oh-so-Lovecraftian element comes down to Edward’s sanity, which resides the other half of Edward’s skill tree. Every exposure to the uncanny drives Edward a little more mad. With the game still a month from release, I haven’t completed it yet, but Cyanide has confirmed that the sanity system effects Edward’s ability to make rational choices. There’s no question: you’ll lose it by the end of the game but how much you lose it will decide what kind of ending you’ll receive.

While I’d like to chalk my impressions up to my own failing sanity, I can’t, and this is where Cthulhu stumbles on its own rocky cliffs. Cyanide is a small team with a fraction of the budget of the RPGs it’s trying to emulate and it shows. Despite a mystery that drove me to know more, too much of the game simply fell flat.

The current build of Call of Cthulhu is limited by precious few options. Zones are explored in essentially one way. You can traverse off the beaten path and uncover hidden details but you’ll always return to the way the developers want you to go and zones feel much too small. You won’t find many invisible walls but you’ll definitely find closed paths with randomly parked cars or piled debris. 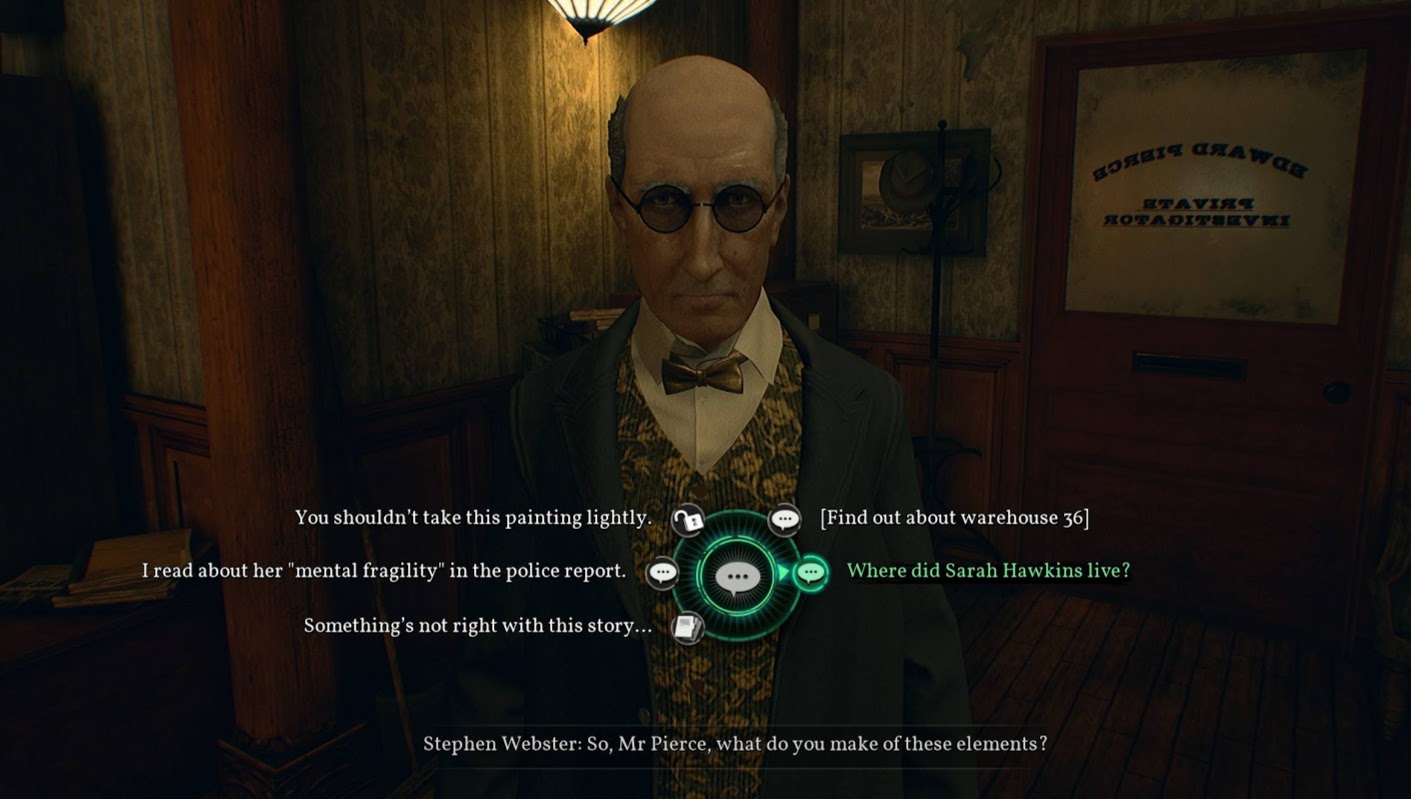 Conversations are similarly one-track. Dialogues feel like a straight line, and even those with timers don’t feel that meaningful. At one point, I’d looked away to check my phone and missed a timer. Edward may have taken a punch (I missed that part) but then the conversation reset like I’d never missed the timer in the first place.  You can ask for background information, make the stray comment, but it rarely amounts to much of consequence. It all feels contrived to fit a mould.

That’s no truer than of the world itself. I love the Lovecraft mythos. I’m more inclined than most to accept a few oddities to play in this sandbox. Yet, it’s so overdone that it loses the heart of what made Lovecraft’s work so resonant in the first place. The stories he told were of darkness under the surface; secret cults you’d glimpse and before disappearing; small towns that simmered under the surface until it was too late. Here, the entire island is simply out: littered in bones and viscera, groups of people so miserable or insane they beggar belief, and run down to the point you wonder if anyone even owns a hammer and nails. This is an island so terrible that even the cultists would feel depressed and leave. 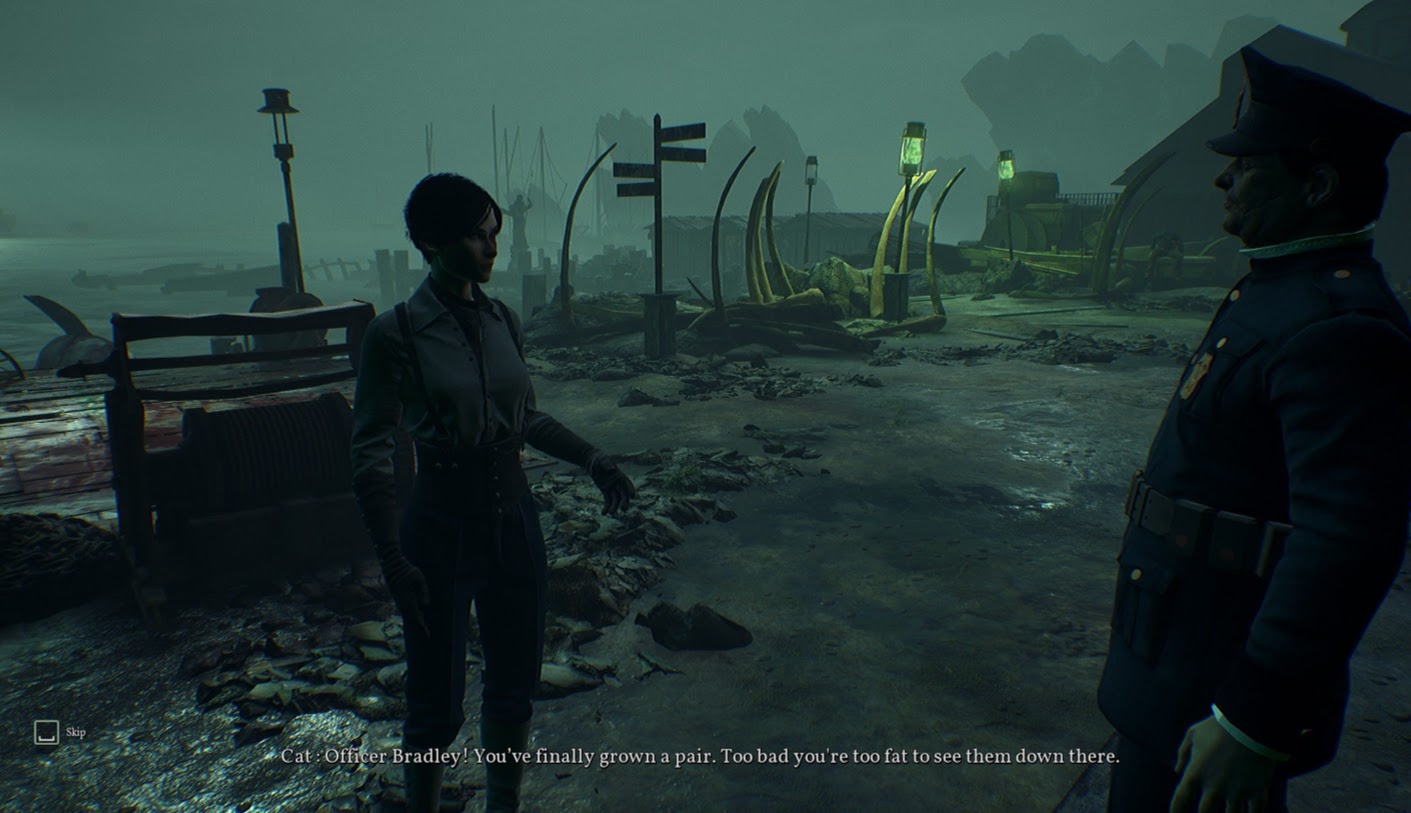 Then there’s the issue of polish. Lip syncing can be downright bad. Animations can seem wooden. Objects clip, like the lantern in the second picture of this preview, or simply glitch out. I also encountered a game-stopping dialogue bug twice in my first two hours where you simply choose an option or back out forcing you to reboot the game. With a month left before launch, it’s possible that Cyanide could clear all of these up, but it’s worth noting all the same: Cthulhu needs a nice layer of polish before being sent out the door.

This is a game to wait for a review on before buying. That said, after playing it for myself, I don’t plan on giving up on it quite yet. Despite being a bit shallower and on-rails than I’d like it to be, it’s also hitting a lot of the right notes too. I’m still waiting in that delightful dread to find up what terrible thing happened to the Hawkins family. I’m still primed and ready to face off against Lovecraft’s nameless horrors. If Call of Cthulhu misses a few gameplay and polish notes, it hits other mythos notes that leave me wanting to know more. Whether it will be worth seeing through is still an open question.

Written by
Christopher Coke
Chris cut his teeth on games with the original NES. Since then, games and technology have become a passion. He currently acts as the Hardware Editor for MMORPG.com and GameSpace.com.
Previous ArticleWandersong Review: Hitting all the Right NotesNext ArticleAssassin’s Creed Odyssey Review