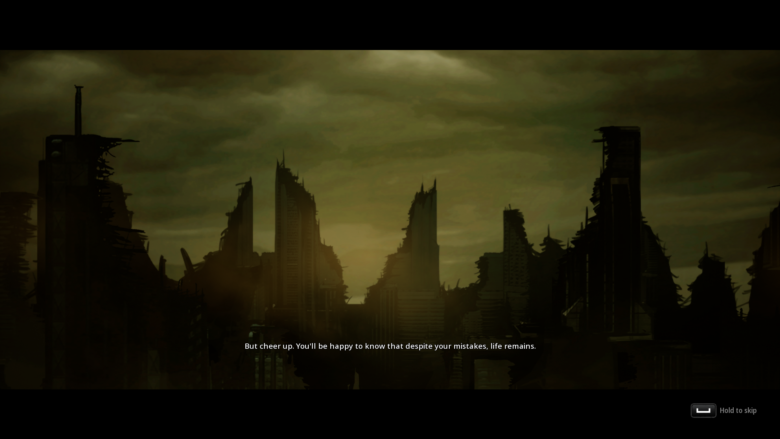 I’ll be the first to tell you that I have the tactical acumen of a package of sausages. With that said, the XCOM 2 formula for turn-based strategy games usually makes me feel a lot smarter than I actually am. So for this Mutant Year Zero: Road to Eden preview, I was feeling reasonably confident that this same gameplay style would carry me pretty far. However, in my time with the demo I was granted, I increasingly felt that RNG was still my overlord. 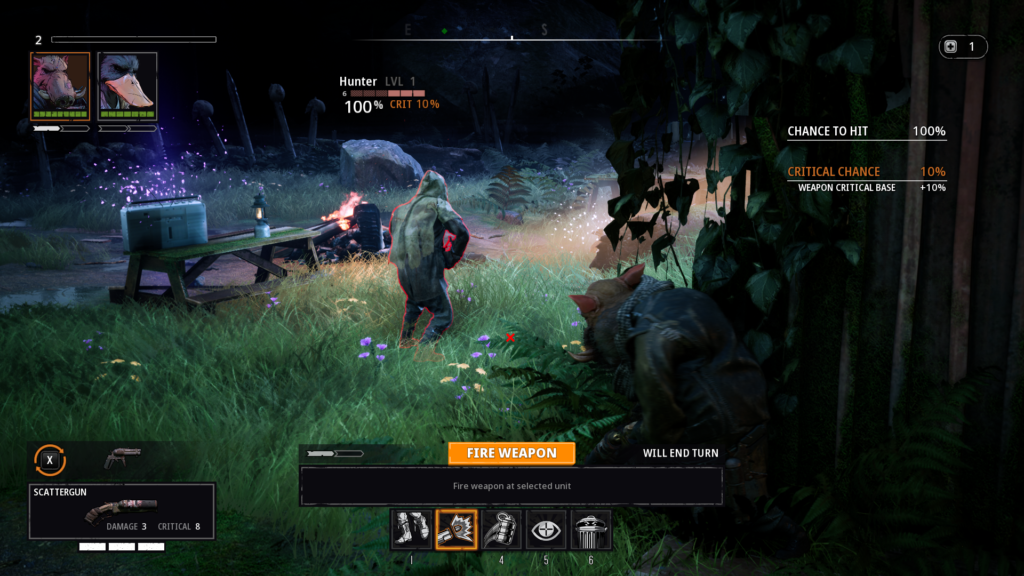 The connection gameplay-wise to this title and XCOM 2 is no mistake: the movement, cover system, and commands operate in pretty much the same way. In all honesty, I’m fine with that because it’s easily one of the best tactical gameplay arrangements yet.

That said, there still feels like an excessive amount of RNG in combat. Some of that can be mitigated by the use of positioning, but there were at least a couple of times where I was a mere two spaces away from an enemy and we were shooting at one another and missing like that visual gag from the Police Squad series. Honestly, nothing about my location explained why I was experiencing a 50% accuracy drop.

It would have been hilarious if it wasn’t even more frustrating. 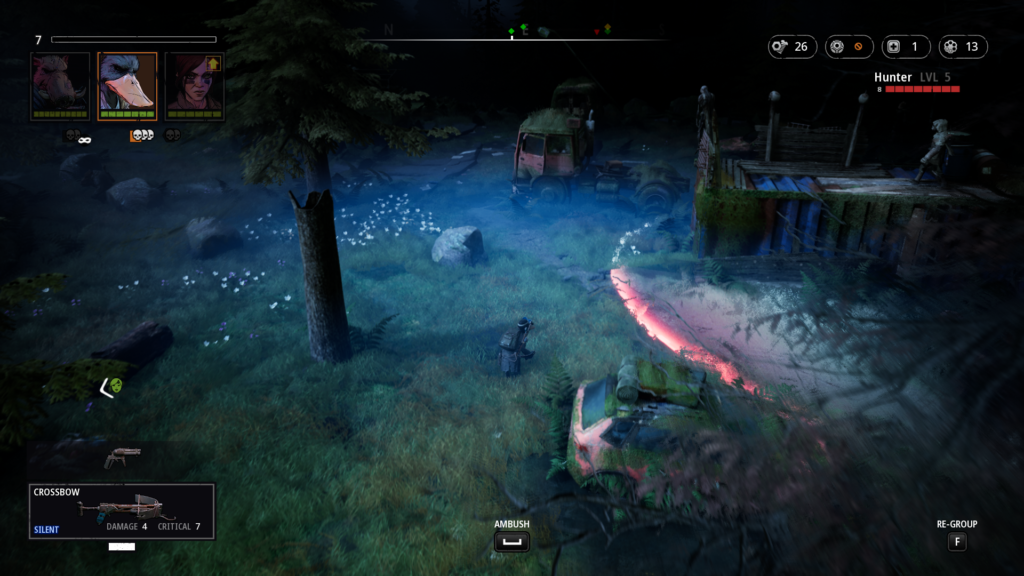 A bit of that wrinkle can be ironed out somewhat by sneaking yourself into position. Movement prior to combat is WASD based and when you turn off your flashlights to enter sneak mode, you see a ring of enemy perception to indicate how close you can get before they notice. This opens some new tactical opportunities like placing one unit into hiding while the other tries to find an isolated target and take them out with one shot.

Once more, though, RNG just was out to screw me over. Here’s an example — close-range shot; target outside of cover; and the UI indicating a fully depleted health bar before opening fire. Should be an easy kill, right? What happened was I either missed entirely or didn’t do nearly enough damage. And when your assassination attempt doesn’t pan out, things can fall apart very quickly.

Further making this aspect of combat aggravating was the fact that sneaking didn’t really seem to provide the bonus I was hoping for against priority targets. There’s a unit type that immediately calls for reinforcement when their turn begins, making them an important target. So imagine my delight when every attempt to sneak-kill that unit was met with failure to one-shot them over and over again. 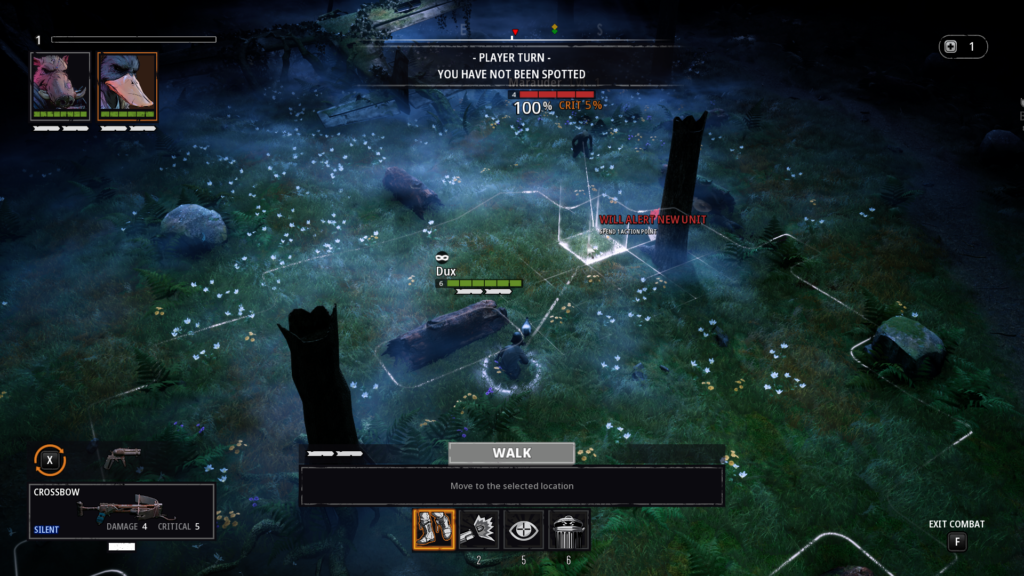 With all that said, I have to give it up to Mutant for creating an interesting world. The setting was this odd mixture of post-apoc dreary and slightly charming, with moments like the team members worrying that a boom box was actually a bomb and a poker visor being referred to in the item description as “military grade.”

It also has some interesting story hooks too. The demo took me through some opening missions where my two-person party had to set out and find an important mechanic by the name of Hammon. I suspect that it will open up a lot more and I was genuinely curious to see what would happen next.

Still, I keep thinking back to some of the weird number roadblocks that got thrown in my way. Perhaps there’s something I’m doing spectacularly wrong — it’s completely feasible that I am — but it still feels just a bit too random. Worse yet, that feeling is made all the more glaring when you consider the amount of fine control you have over your party before and during battle. 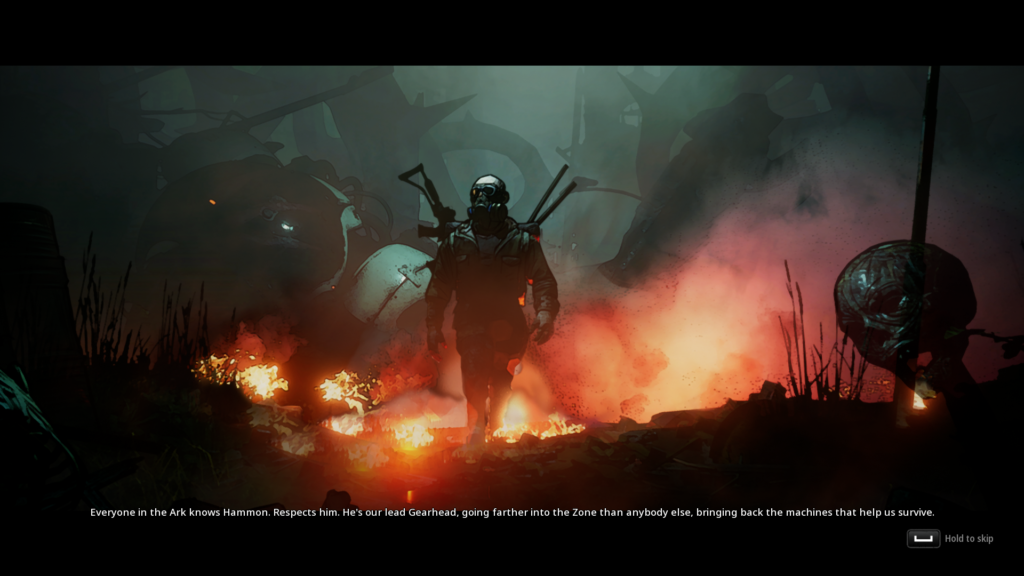 There’s hope for that to be smoothed out, though. The demo sure felt feature complete so it’s hard to know for certain, but I do hope that something can be done to mitigate some of that RNG. Or maybe there’s some UI element I’m not getting a hang of that helps me tie down why these bouts of crappy accuracy or weirdly lowered damage occur.

Assuming that sensation of randomness gets cleared away, however, Mutant Year Zero has the potential to be a great game for the strategically minded. 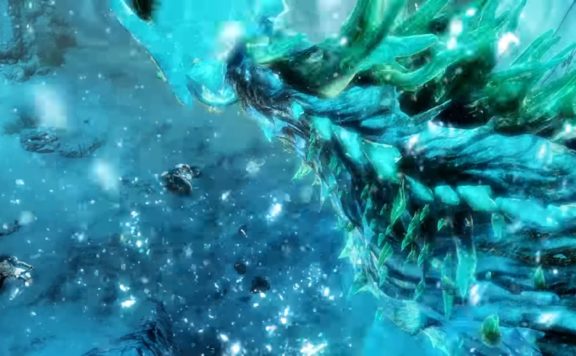