On first blush, bucolic thoughts of Hawaii and the more visceral ponderings of RPG shooter games probably don’t seem to have much in common. However, they’re not so disparate as they may seem, particularly if you’ve been following Wyrmbyte’s upcoming Nightmarchers game. It seamlessly blends ancient Hawaiian lore with modern RPG aspects and third-person shooters and does it all in one of the most beautiful worlds I’ve ever inhabited.

I was privileged to be able to preview Nightmarchers in an early alpha build that literally blew me away, both visually and from the prospect of something new coming to a genre that seems to repeat the same old mechanics in the same old way across a hundred games. In Nightmarchers, you might actually learn something about Hawaiian lore and culture, an almost untapped lore resource in gaming.

So what is Nightmarchers? Let’s start off with some of its main features:

You are Kai, the descendant of powerful Hawaiian shaman. You have the ability to see both the living and the dead. Your job is to bring back the old gods of Hawaii and gain their favor through powerful spells. 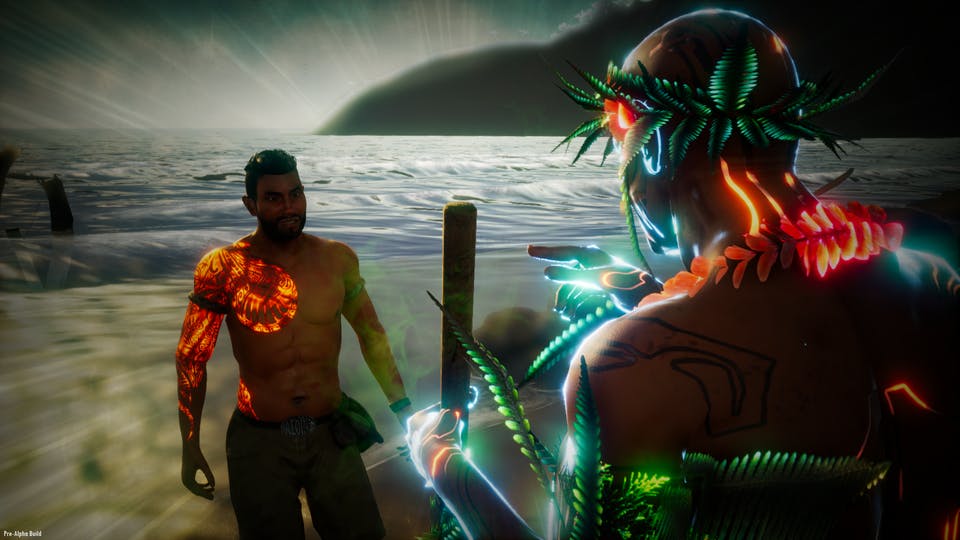 Entering the game, you’re first struck by the absolutely gorgeous design of the island itself before you start noticing the obvious signs of a cataclysmic event that has sent Oahu spiraling into a post-apocalyptic fight for survival. Everything about the visual design of the game is amazing. From rusty cars to ancient shrines to Kai himself has an exquisite amount of detail — all created by just five guys with a love for gaming. If I could suggest something to anyone who has a chance to play, I’d say that you need to give yourself some time to just soak it in. Enjoy a sunset on the beach or take a swim as a shark in the ocean before setting out and trying not to die.

As with all survival games, your first tasks are to collect resources to customize your base with as well as to provide crafting materials. You’ll scour through piles of abandoned cars, detritus washed up on the beach or even find goodies beneath the waves of Hanauma Bay. As you traverse the huge game area, you’ll run across plants to collect and other materials you’ll need to keep yourself alive. There’s no hunger or thirst meter though, so Nightmarchers plays more like Far Cry Primal than ARK.

Of course, you’ll also discover that you’re not alone. It’s incumbent on you to tailor your character, skills and equipment to suit danger that you’ll encounter around every corner. You’ll definitely want to stay out of sight of the Nightmarchers as they can pretty much one-shot you if you’re not hidden and / or you face them as they journey to the sea. 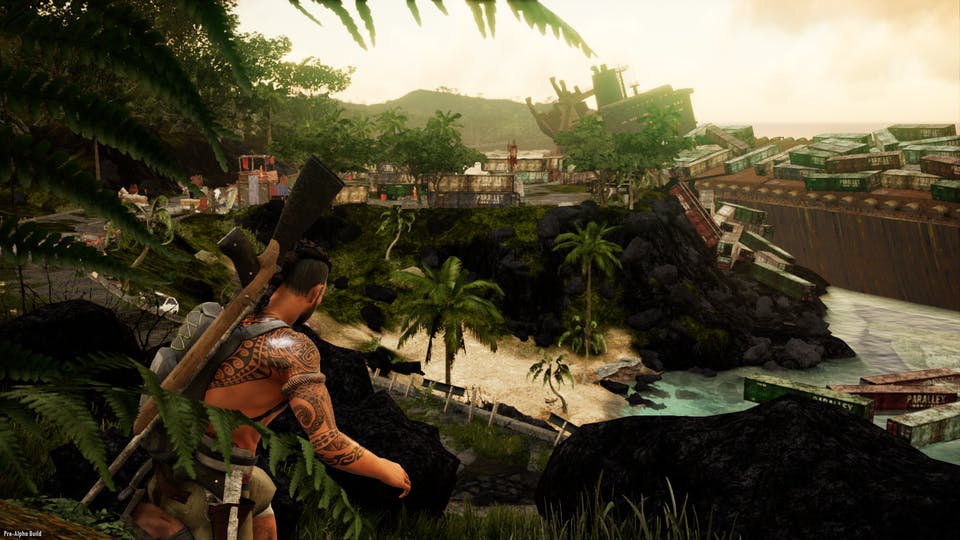 As you work through the game, you’ll unlock factions, sort of the game’s skill system. Aligning with and putting level up points into specific factions dedicated to Hawaiian gods can provide much-needed skill and weapon improvements. For instance, putting points into Pele’s tree lends you fiery support for your weapons. Other gods might offer better stealth and so on.

You can also keep yourself healthy by collecting mana, the game’s life resource. This can be done by picking flowers or harvesting the mana essence from defeated enemies. They can also empower “travel forms” in the form of the shark (niuhi) or a bird (‘io). Both come in quite handy when needing to escape a difficult fight.

Playing through Nightmarchers is…interesting at this point. The difficulty meter is way out of whack, but not in an annoying way, but more like an “I SUCK” kind of way. That said, however, there are things that can and, hopefully, will be done to improve the overall game experience. For instance, when enemies (and there are always a LOT of them) fire on you, there is no real indication where they are firing from. One minute you’re standing there, the next, half your mana is kaput and you’re still trying to peer through the trees to figure out where it’s all coming from. Crouching behind a handy car or lava boulder isn’t always a guarantee of not being hit either. Add in not being able to switch weapons with the mouse wheel or using number keys and combat can be frustrating. A few deep breaths and a reminder to self that this is a game in its early phases of development and all is good again. After all, it’s impossible to stay mad at a game that is so beautifully rendered. If nothing else, you can return to Hanauma Bay and chill for awhile. 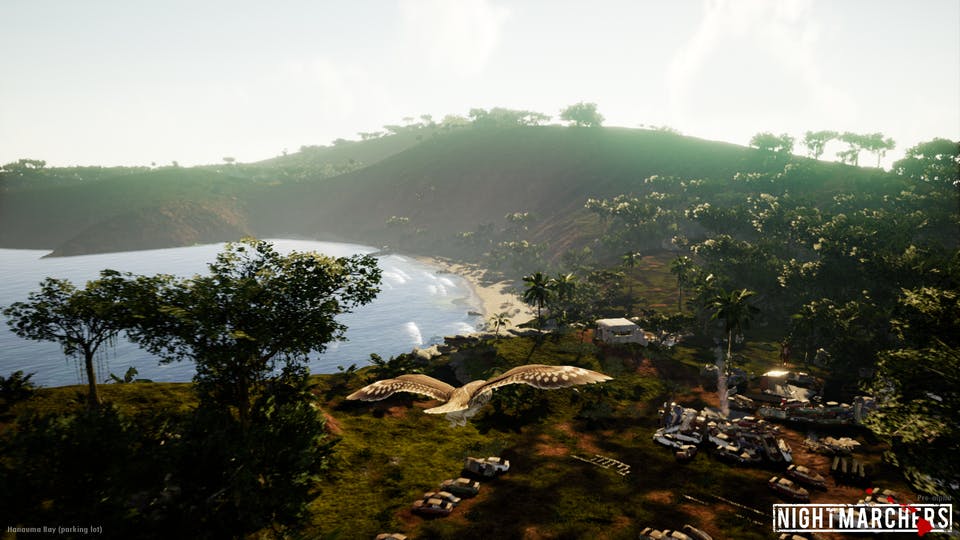 Wyrmbyte is on to something special with Nightmarchers and others seem to notice that it is too: Just today a new FiG funding campaign started. You can back the game for launch rewards or you can even invest in it to see some financial remuneration once the game is launched. FiG is the classy relative of Kickstarter and one that offers backers more flexibility in how they choose to spend their investment dollars.

Honestly, I’m really looking forward to the launch of Nightmarchers. It is exciting to contemplate the potential of the game, both in how it expands the genre as well as how much can be learned about a little-known aspect of American culture. I can’t wait! In the meantime, I’m going to sneak back to my hale on Hanauma Bay and enjoy a sunset. Aloha! 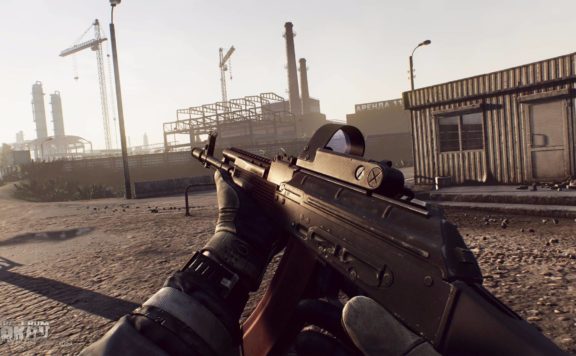 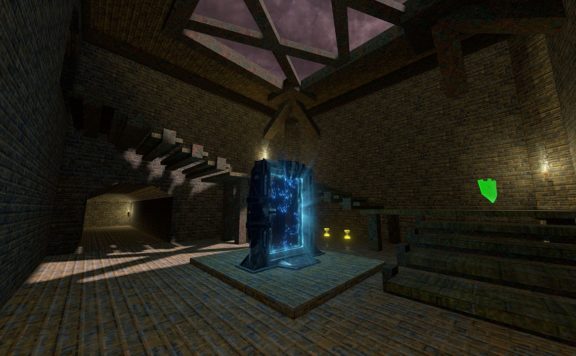 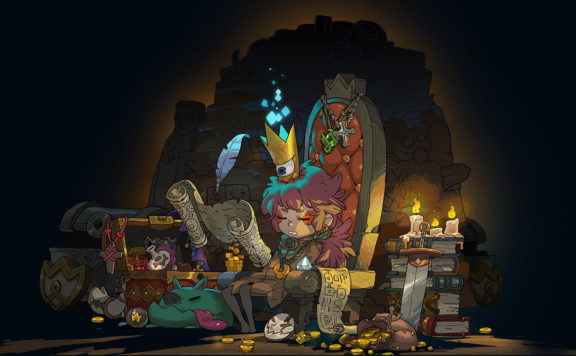 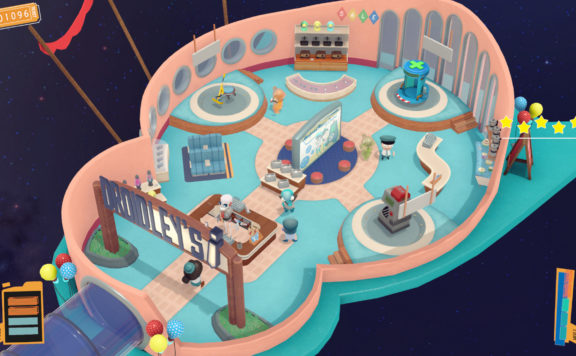