A few weeks ago, The Universim wasn’t even on my radar. Maybe it’s because I’ve been so wrapped up in my own writing that I haven’t gotten the opportunity to stay up to date with all the newfangled titles coming out. That being said, I’m so happy that I got to play this one. The Universim certainly didn’t disappoint.

You, dear reader, are the Creator. With the light touch of your hand, the universe sprang into existence, and it is now your job to guide life on Mother Planet. So what kind of life are we coaxing? Animals? Aliens? No, even better: Nuggets. The Universim gives you two little humanoid-like Nuggets to begin the cycle of life on Mother Planet. From these two, you will raise a civilization that will either love you or fear you depending on your interactions with them. Sounds simple enough, right? 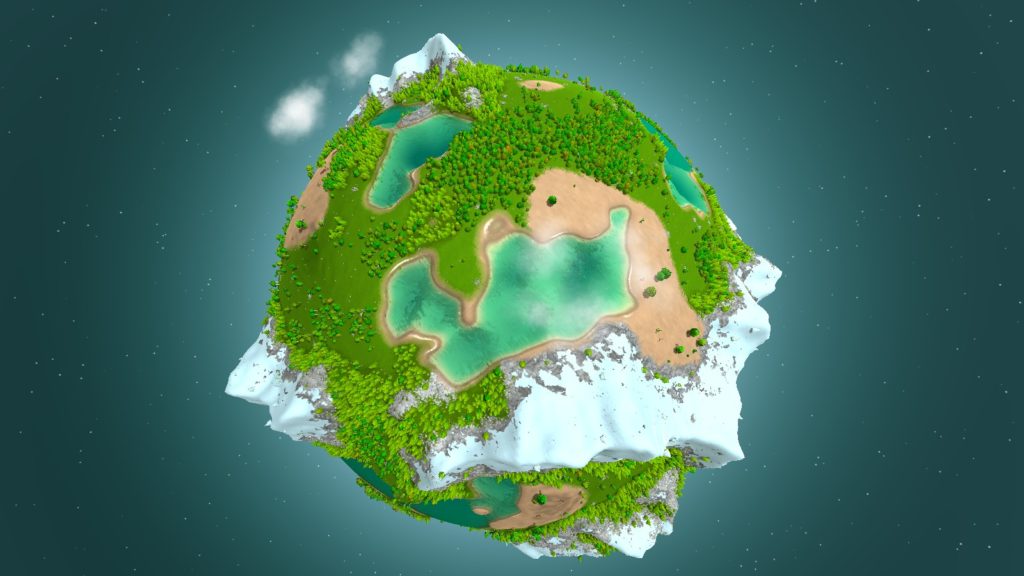 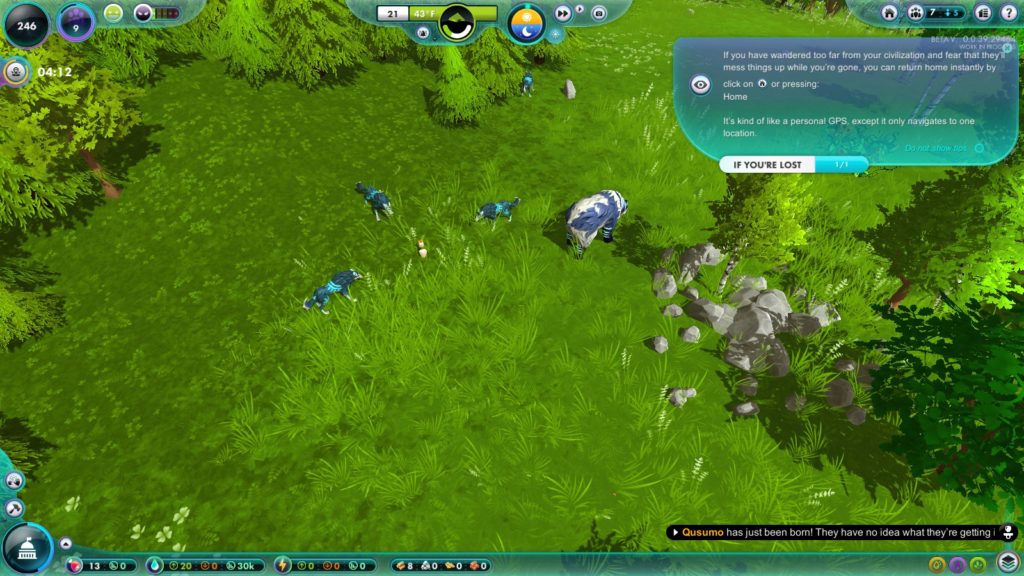 First of all, Nuggets are inherently lazy. Some can be born with the hardworking trait, and if so, I highly suggest that you don’t sacrifice them. You will have to use your Creator powers to give the lazier Nuggets a kick in the rear every once in a while to get them going. They are constantly hungry. There is almost never enough food for your budding population until you can convince them to become hunters or develop a fishing pier. Speaking of which, they drink like fish. Water fuels everything in your budding civilization. Most buildings cannot function if there aren’t working water wheels, and a Nugget can die of thirst or poisoning if they make the ill-advised decision to dip their head in a lake instead of the nice well you built for them only 10 feet away. And, your resources can become depleted, but you can replenish some of them with Creator powers. 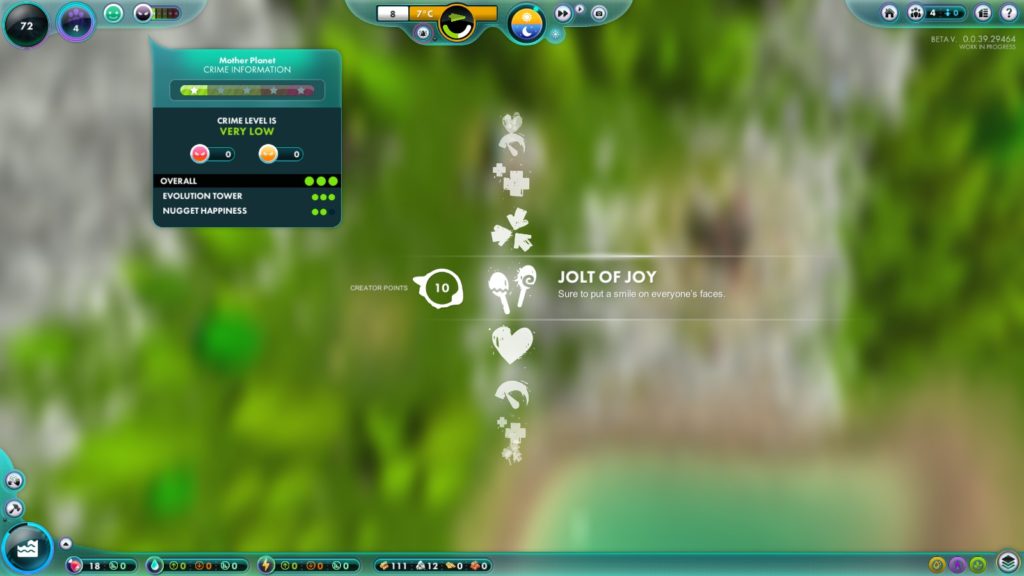 Don’t even get me started on the wolves. The Universim has defined seasons that each posses new trials and tribulations for the tribe of Nuggets. During the winter, the wolves develop a particular craving for Nuggets, and make it their life’s purpose to devour every last one. You can build up their defenses by arming them with defense towers and garrisons, but sometimes it’s just much more satisfying to strike them down with lightning. Not today, wolves. Not today. 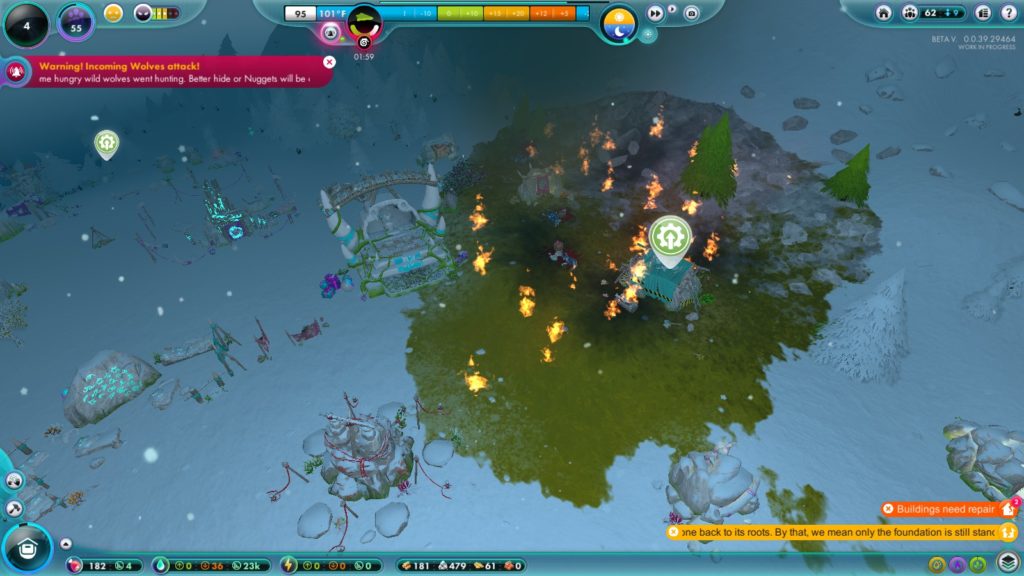 As your population of Nuggets grow, they’ll need to research new ideas and technologies to make progress through the ages. Research is time-gated, and can be sped up some if the Nuggets hold a vote and want to focus on Research rather than Religion. However, once that happens, you will lose some of your Creator point regeneration. That’s what makes it possible for you to use your godly powers and influence the world. Ignore how much my Nuggets hate me in this following screenshot. I was a dark Creator in this playthrough. It was for science. 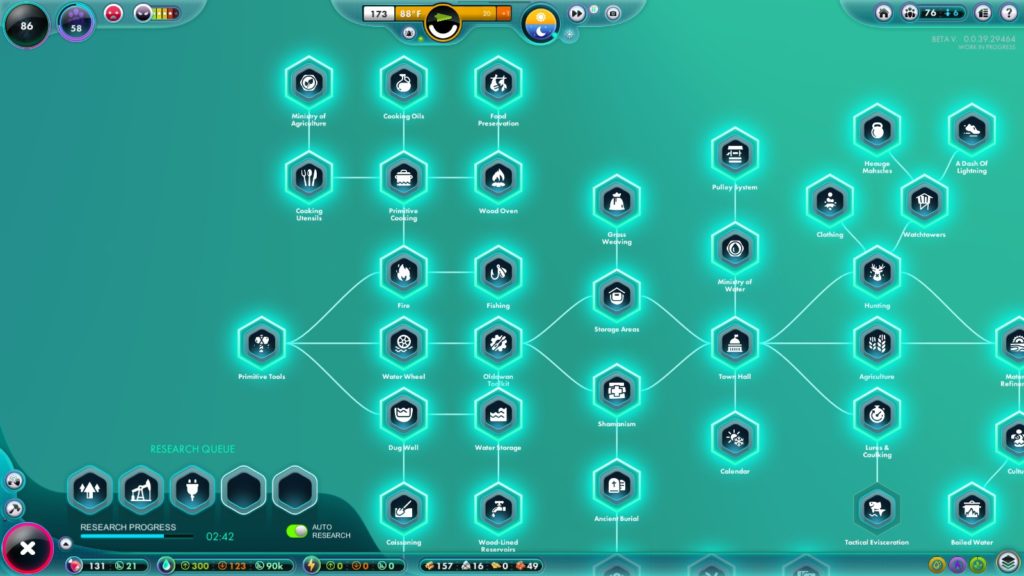 Actually, scratch that. You need to know the truth. Nuggets build a temple to you, and your interactions with them change the alignment of the temple from light to dark. Each brings its own rewards and consequences. I regret to inform you that many Nuggets were harmed in the taking of this screenshot. 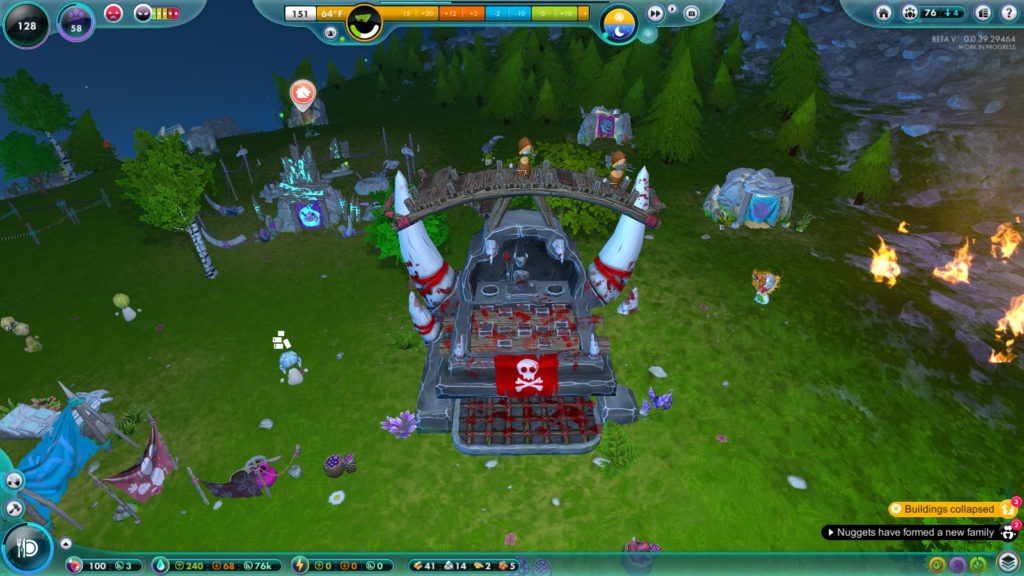 Along the way, you’re berated and prodded by a fantastic Narrator who has some hilariously brilliant lines. Kudos to him and the writing team. The little details and dialogue in The Universim  take it to the next level and show that there was a lot of love put into this game. You can tell that the developers were passionate about this project.

Eventually, through a lot of trial and error and attempting to appease the Narrator, you’ll find your groove and learn how best to govern your Nuggets. Will you govern the universe with an iron fist, or a gentle hand? Both can bring you more believers. More believers = more power. More power = well… you decide. You could ravage the land with tornadoes, or send a soothing breeze to cool down the temperature in summer. It’s up to you, Creator. 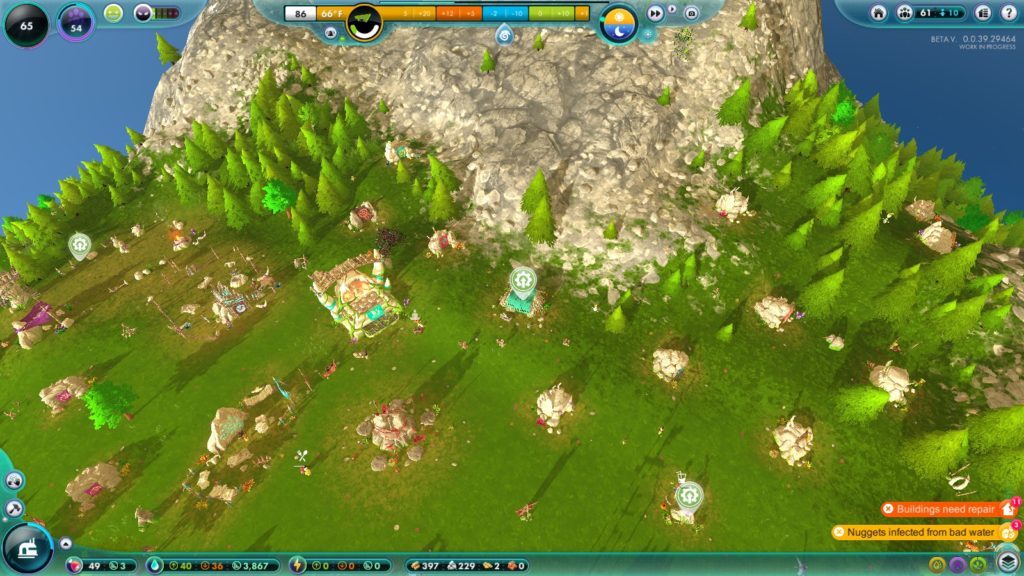 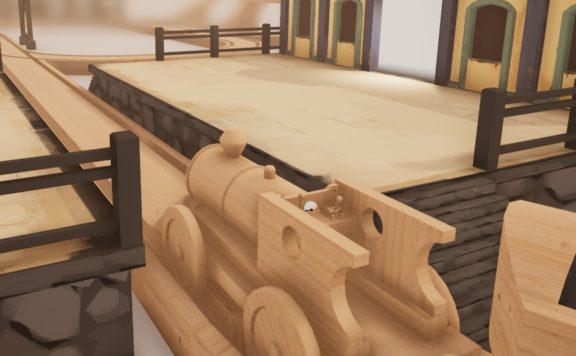 A few weeks ago, The Universim wasn't even on my radar. Maybe it's because I've been so wrapped up in my own writing that I haven't gotten the opportunity to stay up to date with all the newfangled titles coming out. That being said, I'm so...
0
Average User Rating
0 votes
Have Your Say!
Your Rating: 0
Submit
Write A Review
Genre:city builder, Sandbox, Simulation
Developed By:Crytivo
Publisher:Crytivo