Ghost Recon Wildlands is the latest AAA release from Ubisoft. No one should need to hold a gun to your head to get you to play the open world shooter either. The next big AAA release (due out on March 7th) is like what would happen if Tom Clancy’s The Division and Just Cause 3 had a baby. And yes, that’s a good thing if you like your open world shooters tinged with RPG elements and optional online co-op.

Though there are definitely some rough spots, I emerged from the weekend beta with a better overall impression of the game than when I played the Division’s beta what seems eons ago. Wildlands gives players the freedom to explore and experiment that I feel Division was lacking, though it’s not without its drawbacks in so doing. For one thing, the cover mechanics in Wildlands, while amiable, are also somewhat awkward – I often felt like I couldn’t easily pop out of cover, or shooter over it when I needed to – something its older brother excelled at.

I don’t want a gore show when I accidentally hit a sheep, but the thing should at least make my car bump.

There were also quite a few buggy instances of the game just plain freezing up on my PC, though that could easily just be my system as PS4 friends didn’t report any issues.  It’s also always disturbing that your cars tend to phase through people and wildlife. I don’t want a gore show when I accidentally hit a sheep, but the thing should at least make my car bump. It’s messed up too because you can sure as heck shoot any living thing in the virtual Bolivian landscape, just don’t expect to hit them with your car, plan, boat, or bike.

That’s another part of Wildlands that’s refreshing in this most recent Ubisoft release. Like Farcry, Ghost Recon Wildlands gives you this massive canvas and tells you to go out and explore it. Sure, you’re supposed to be a 4-person strike team tasked with taking down Bolivian drug lord El Sueno, but what kind of heroic foursome would you be if you didn’t stop along the way for dozens of side missions and activities.

Ubisoft has dang-near perfected the open world formula for these sort of games, but at the same time that fact leaves Wildlands feeling a little redundant. Its gunplay, co-op, stealth, and world traversing are all very fun – but once again you’ve got a world that quickly fills up with fast travel points and tons of side activities to litter the map. For completionists, it’s liable to make the eyes roll.

The Verdict on Wildlands Closed Beta?

The fact remains that this is a fine game and one that will likely sell millions based on advertising, brand recognition and system spread alone. Co-Op is a blast, there’s nothing quite like dropping out of a helicopter from 10,000 feet into a camp full of drug pushers, and just getting lost and messing around on the game map is a special kind of fun that served last year’s Just Cause 3 really well. Wildlands doesn’t have the gadgets of JC3, but there are still plenty of things you can make go boom in the name of GIF-making.

Driving physics are also a major roughspot and we hope Ubi Paris talks to their friends on numerous other games (especially the Crew) to get some feedback on how cars and other vehicles should handle before launch. We’ll need a lot more time with the title’s launch client to see if it holds up over 20+ hours, but for now you should look forward to Wildlands with reserved hype and hope they do an open beta weekend before March 7th’s launch day.

For now you should look forward to Wildlands with reserved hype and hope they do an open beta weekend before March 7th’s launch day. 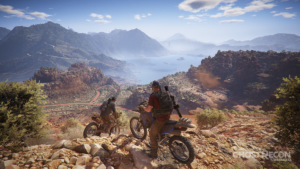 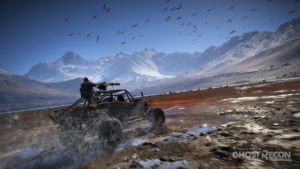 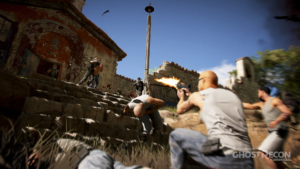 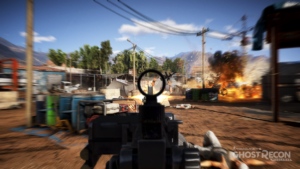 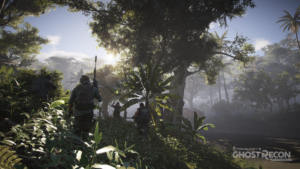 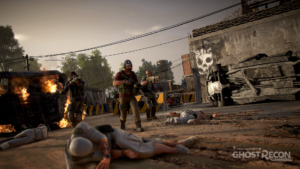 Written by
William Murphy
The Greatest Excite Bike Player of All Time (GEBPAT for short) and Editor in Chief of GameSpace.com and MMORPG.com.
Previous ArticleBen’s GameNext ArticleRise & Shine