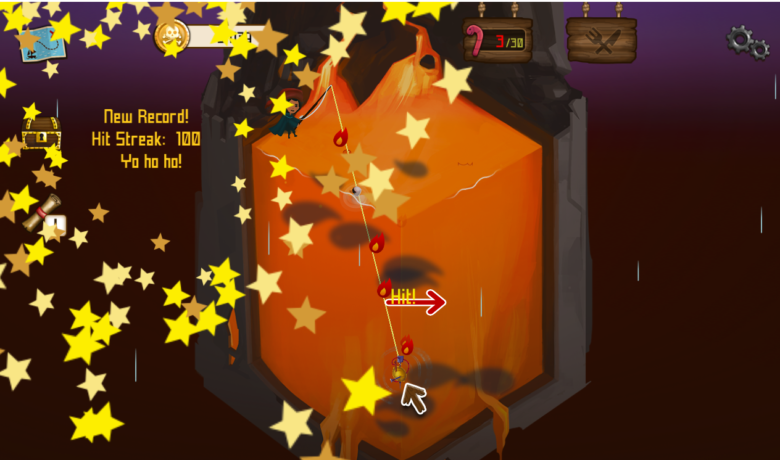 Rule with an Iron Fish is Kestrel Games studio’s first foray outside the mobile market and, although it took me a little while to get into, it’s definitely got me hooked. (Get it? Hooked? Like a fish hook?) The beautiful, hand-painted art style and the rhythmic classical guitar soundtrack kept me relaxed throughout despite some problems I had while playing. Some may have played this on iOS or Android a year ago but in bringing this game over to Steam, Kestrel Games have added an entirely new zone to fish in as well as over 20 new fish to catch. But does the port hold up on a new platform? Here’s our Rule with an Iron Fish review.

The game starts off with a brief story about how you’re shipwrecked by a Kraken. You arrive on an island inhabited by pirates who, coincidently, have also been shipwrecked and whom, also coincidently, seemingly don’t know how to fish and so task you with getting food. The game wastes no time in introducing you to the fishing grind that you’ll be repeating over the course of the next several hours. Albeit repetitive, the core gameplay felt rewarding to me as it tried to keep from getting stale by diversifying how different fish will react to the bait. Fish will fake out biting the lure or may struggle against being caught with QTE prompts. Occasionally a ‘rare’ fish will swim by as well which are easily discernible by their flashing, golden silhouette. I always tried going after these types as they were either new fish I had not discovered yet, or were worth considerably more than anything else. As you fish up more and more you are rewarded with doubloons for use in the fishing gear shop to upgrade your gear. 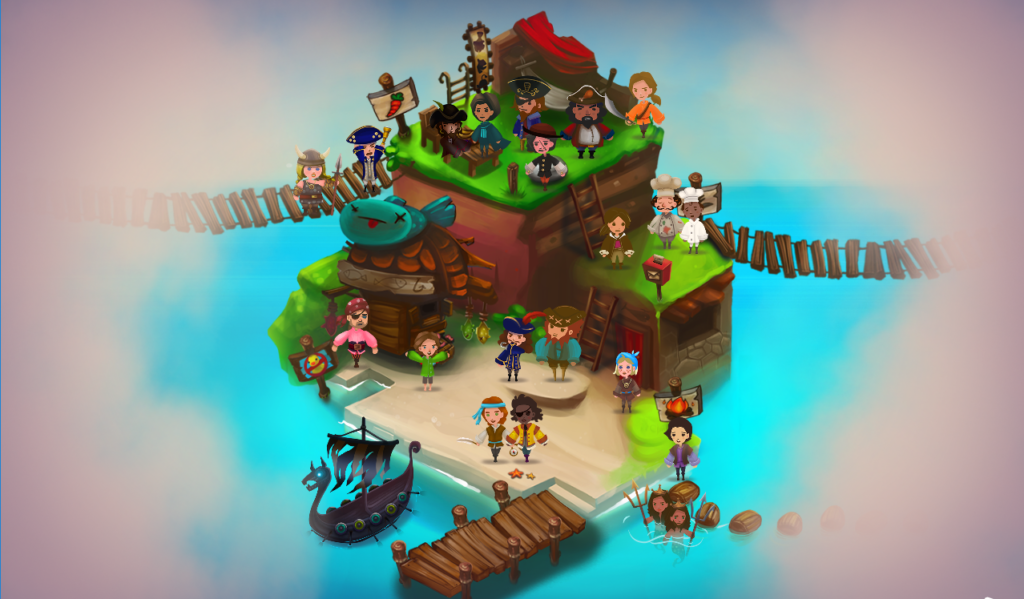 Hooks, lines, bobs, bait and more can all be upgraded which each assist in more easily or more efficiently catching bigger fish. As basic as it sounds, I thoroughly enjoyed this RPG-lite element as it gave me short-term goals to work towards in-between missions. Speaking of missions: there are far too many that depend on RNG to acquire the requested items and, more often, I would find myself ignoring anything that wasn’t a part of the main story. Although the dialogues for these missions are hilarious and extremely clever, by the time I would find all the needed fish to turn in I had long forgotten what they had originally said. Any rewards I received were negligible enough that I wish I hadn’t even bothered. Missions aside, I loved the cast of characters that resided on my pirate island.

As I made progress, more and more interesting characters would arrive ranging from a Valkyrie warrior to a lovelorn captain and her second-mate to a world-renowned pirate chef whose cooking is more infamous than he is. These characters’ dialogue between each other had me laughing out loud on several occasions, and I always looked forward to when new dialogues were available. As you recruit more people to your island, new areas will unlock. Some are purely cosmetic, like the kitchen area and the aquarium that shows your recent catches, but eventually, you unlock the farm.

This small plot of Harvest Moon allowed me to plant and harvest crops that I could utilize in cooking up dishes that benefited my fishing. For example, I could craft a soup that would instantly summon a rare fish for me to catch, and curry dish that would scare away non-rare fish. In using this farm, I could more effectively find fish I was looking for as well as increase doubloons earned from fishing. 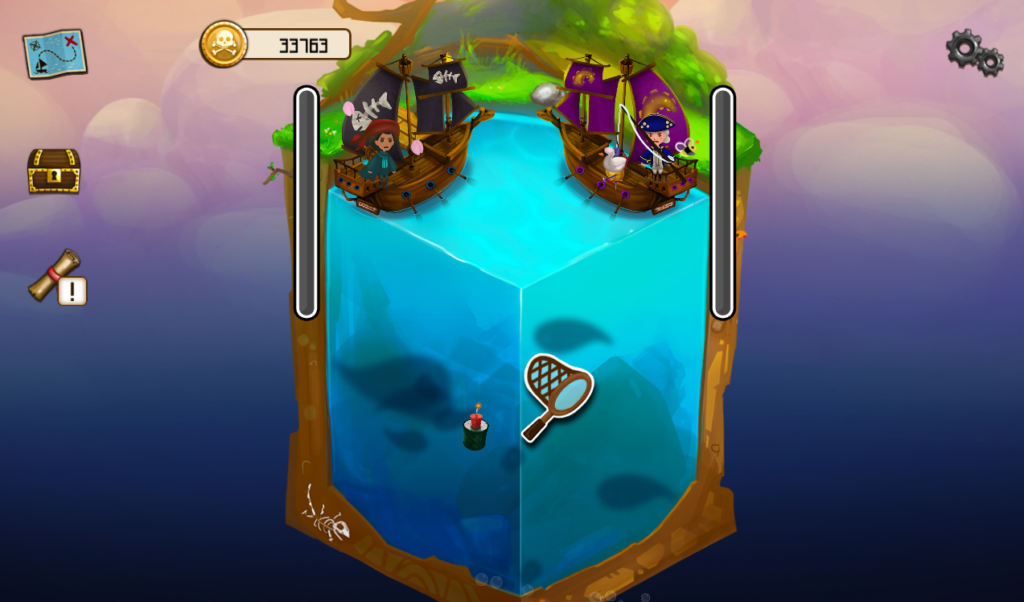 And yet despite these helpful additions, my main problem with this game is simply the flawed RNG system they use for progression-critical materials, whether they be certain fish I needed to catch or certain items I had to randomly and seemingly spontaneously stumble upon. It took me nearly half of my total playtime just to find a material called Pirate Snot which I needed to construct a new fishing boat that would take me to the next island. Though I could potentially find this material at any of my fishing holes, it was more predominant in a couple of areas. So naturally, that’s where I fished. However, it was such poorly randomized drop that I only got one every 30 minutes or so. This resulted in mind-numbingly boring and repetitive grinding to get an item that wasn’t even dependent on my fishing skills– these materials just magically appear out of the blue.

Other missions were equally if not more-so agonizingly dependent on RNG and I wish there was some sort of system in place that would have understood what I needed and increased drop rates for that particular item. In addition, I was never able to complete my fishing log. Despite spending hours at each fishing hole, utilizing the best gear and a ton of food recipes to get more rare fish to appear, and having consecutive 100 Hit Streaks while fishing (not that it did anything that I could tell, but it is fun to show off my high score) certain, elusive fish remained elusive.

I wish I could have 100% completed this game, but it’s not worth the time investment just for the singular Steam achievement I have yet to achieve. And as much fun as I had reading the dialogue, I wouldn’t want to trudge through the grind again in a new game. I enjoyed my time playing Rule with an Iron Fish and it was a refreshingly relaxing game to just mindlessly click and see little stars splayed across the screen with big hit streak combos. However, the frustrating RNG mechanics tied to progression greatly overshadow the cutesy art direction and witty banter between the different characters. As for arcade fishing games, this one is enjoyable; but, I’d recommend just buying it on mobile rather than paying more for it on PC.

Note: Our copy was on PC (Steam) and provided by PR. 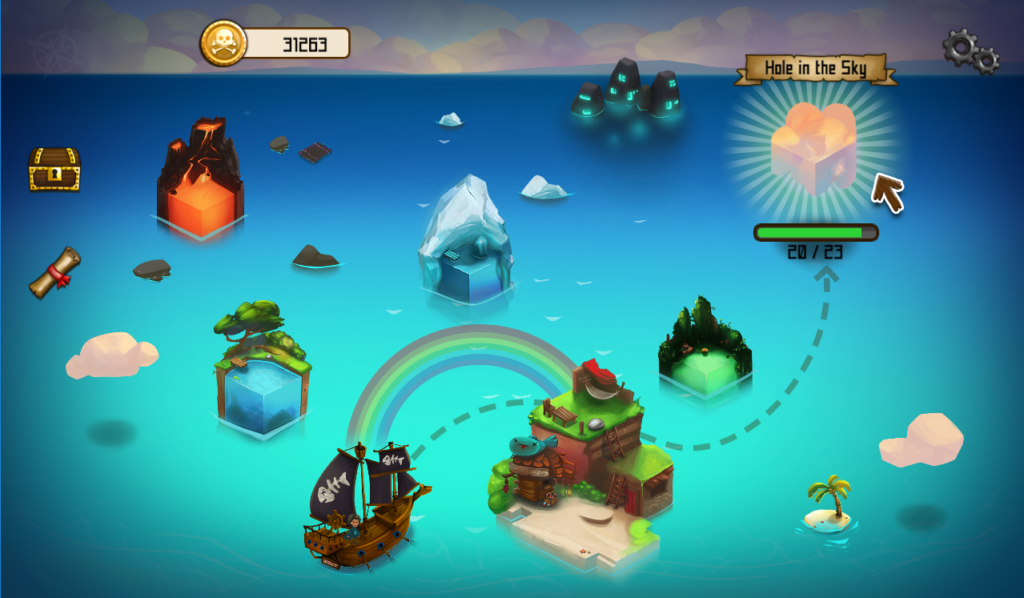 Written by
Garrick D. Raley
Garrick Durham-Raley is an avid, almost zealous, video game enthusiast who is still new to writing reviews. He is based out of beautiful Denver, Colorado where he is currently attending University alongside his wife, Sarah; and is a soon-to-be father to his soon-to-be son, Rothgar.
Previous ArticleMantis Burn Racing Speeding to Nintendo Switch “Soon”Next ArticleAtomega Review – Arena Warfare with a Growing Problem