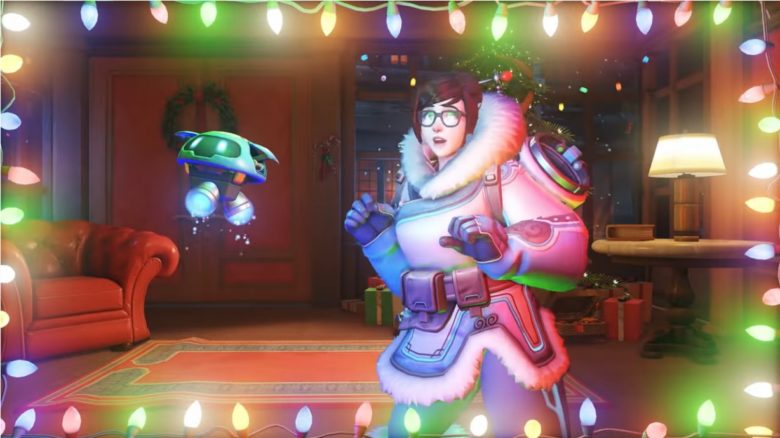 We’re all hoping to find some awesome new games under the tree this holiday season, but let’s not forget that developers always toss some gifts our way in the form of holiday content for our favorite games. Each year more and more games add holiday-themed events, ranging from themed cosmetics to seasonal quests and challenges, and this year is no exception. New events are being announced daily, so if you come across a game embracing the holiday spirit that isn’t represented on our list of 2019 Holiday Game Events, please leave a comment down below so I can add it and let Santa know the devs deserve a little something special in their stocking. 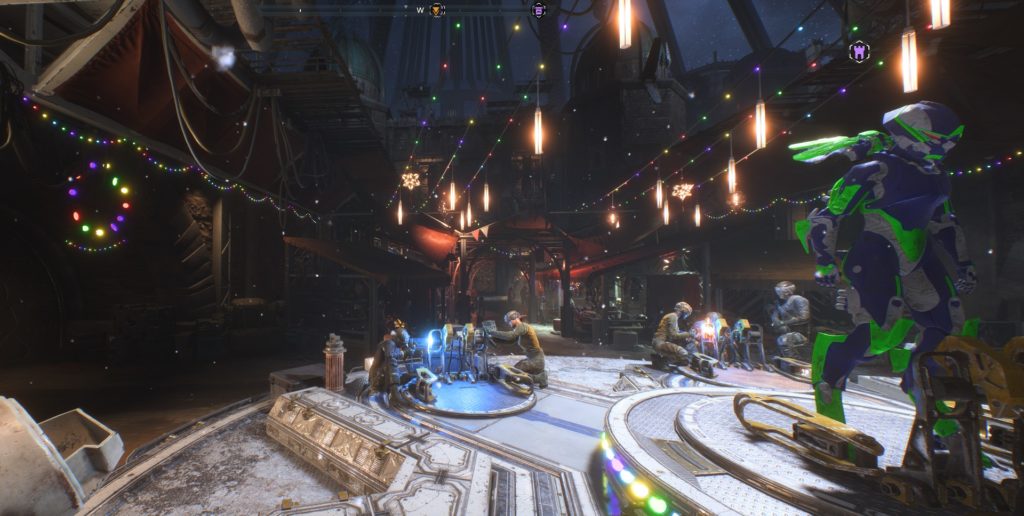 Even the walls of Fort Tarsus can’t keep out the cold of Icetide. In the season-long event, the steamy jungles are replaced with a snowy winter wonderland, full of seasonal Strongholds and world events. 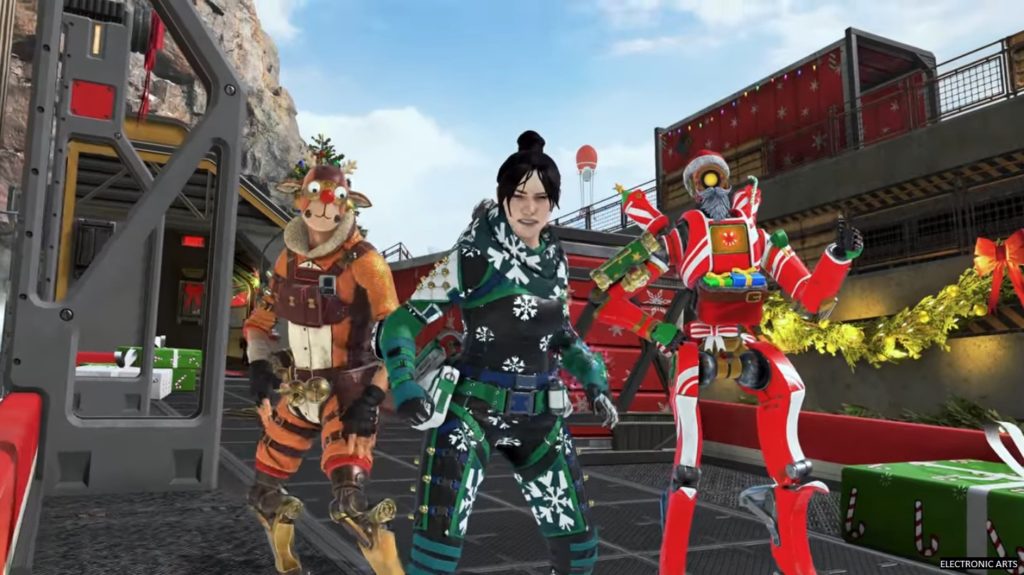 Get ready to celebrate the Holo-days. From December 12 through January 7, you are invited to join Mirage aboard his custom party boat, the Mirage Voyage.

The Holiday Treasure Trove is back. Any character level 36 or higher can unlock (yes, keys are required) the Treasure Trove once a day through December 25th for a chance to pick up some special loot.

Experience the holidays Pandora style with the Gift of Mayhem. It’s 8 crazy days of gifts for all Vault Hunters.

Experience The Dawning in Destiny 2, running from December 17 through January  14. Dress up your Ghost, cook up some cookies, and take down some baddies all in the name of holiday cheer. 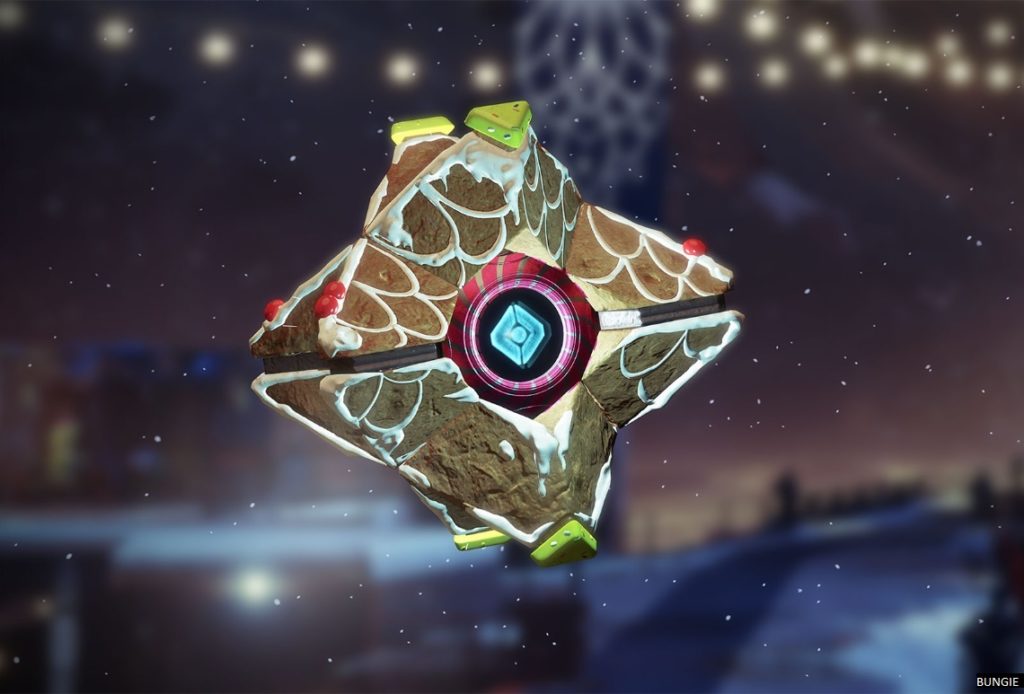 What better way to spread some holiday cheer throughout the nuclear wasteland than a holiday event? Take down Holiday Scorched and nab their presents, build a Santatron, and Twitch Prime members can grab the Twitch Prime Holiday Bundle.

Amh Garanjy is looking for someone to be her little helper this Starlight season. Head over to New Girdania from December 18 through December 31 to earn some cool holiday items.

If you missed the live Star Wars event in Fortnite on Saturday, don’t fret, you still have winter festivities to enjoy in Fortnite. Epic Games is changing things up in Chapter 2 by running their new holiday event, Winterfest, from December 17 through January 6. Winterfest is filled with wintery challenges with all sorts of festive rewards up for grabs.

There’s still time to pick up free cars in the Horizon Holiday Party. Each day a new door will be opened up on the Horizon Advent Calendar, with each car available for free regardless if you’ve been naughty or nice.

Whether you are playing the newly released ArcheAge Unchained or enjoying one of their older offerings, Gamigo has holiday offerings throughout their stable of games: 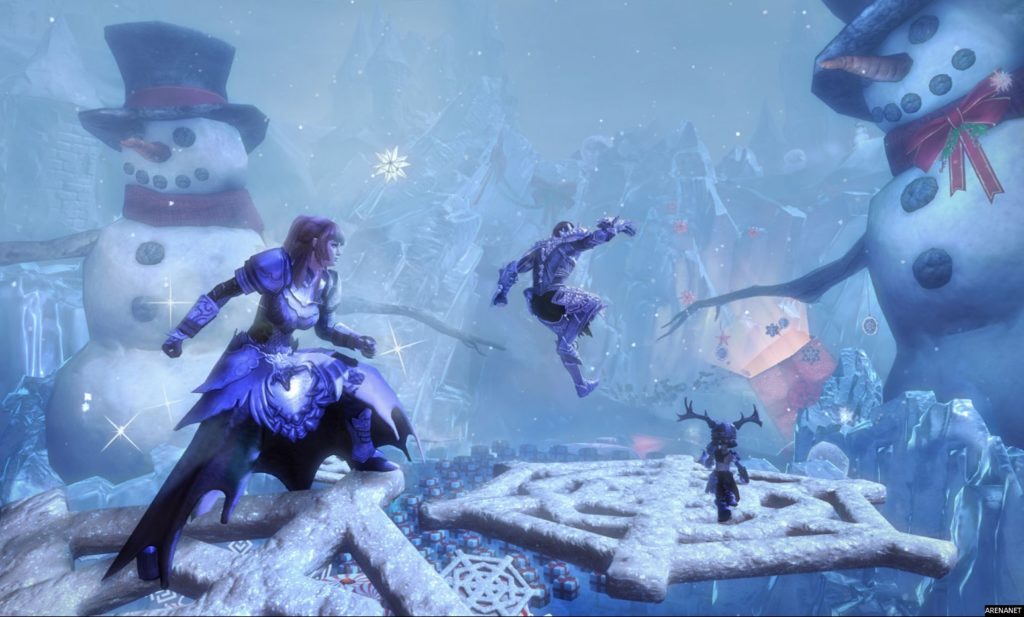 Beginning December 17, Toymaster Tixx’s airship hovering above Divinity’s Reach signals the arrival of Wintersday. Test your skills at the Winter Wonderland jumping puzzle, stop the chaos inside Trixx’s Infinirarium, and much more before the celebration comes to a close on January 7. 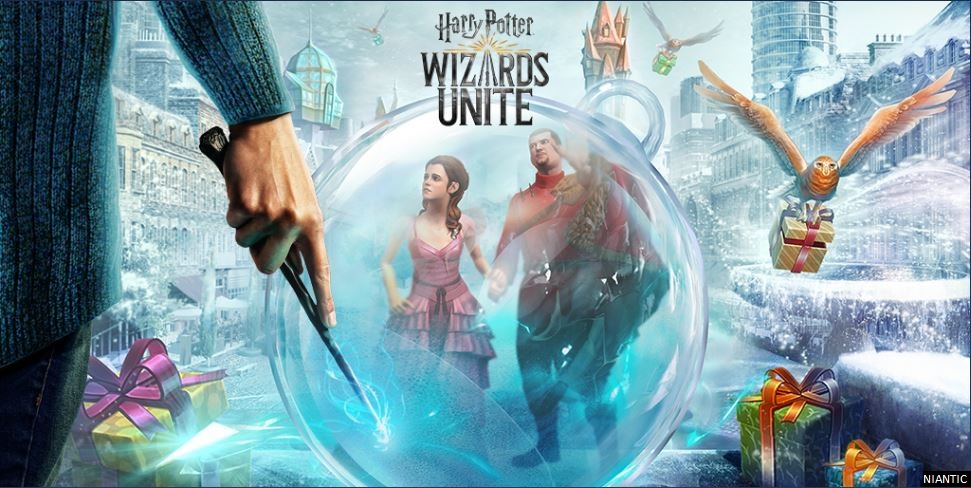 Winter Veil has come to the tavern once again. It only lasts until December 31st, so get your matches in now!

Lord Of The Rings Online

Listen up Hobbitses, now’s your chance to partake in all the activities the Yule Festival has to offer. From now until January 8, head over to Winter-home village to collect festival tokens from the various quests and events.

Overwatch’s Winter Wonderland has already begun. Running from December 10 until January 2, players can collect all kinds of goodies in loot boxes and weekly rewards. A new 8-person Snowball Deathmatch joins Mei’s Snowball Offensive and Yeti Hunter for a trifecta of winter-themed brawls. 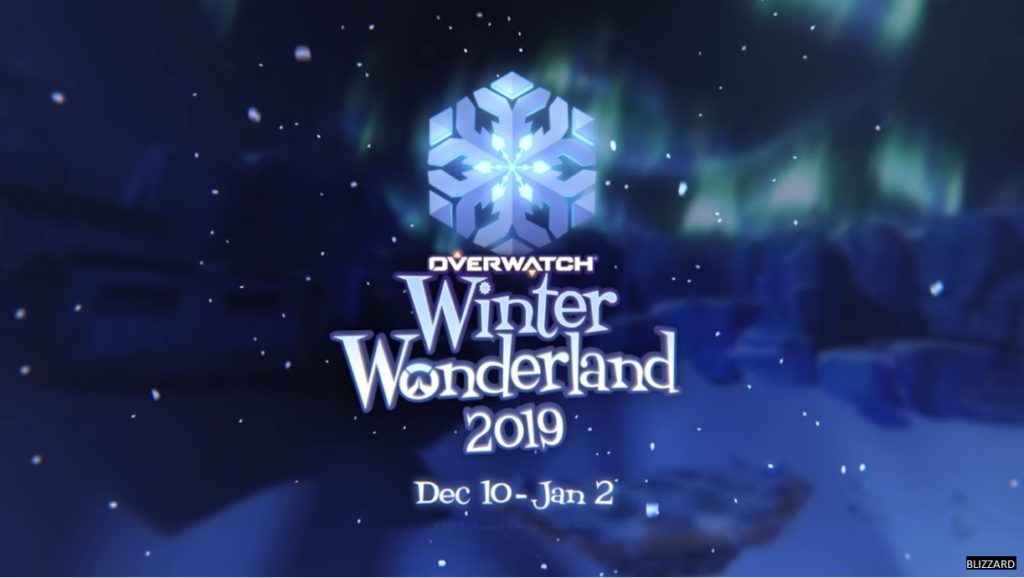 As expected, Pokemon Go! has a full list of holiday events planned – scrambled up eggs, a Lugia and Ho-Oh Special Raid Weekend, and all sorts of holiday-themed Pokemon to add to your Pokedex. Gotta catch ’em all! 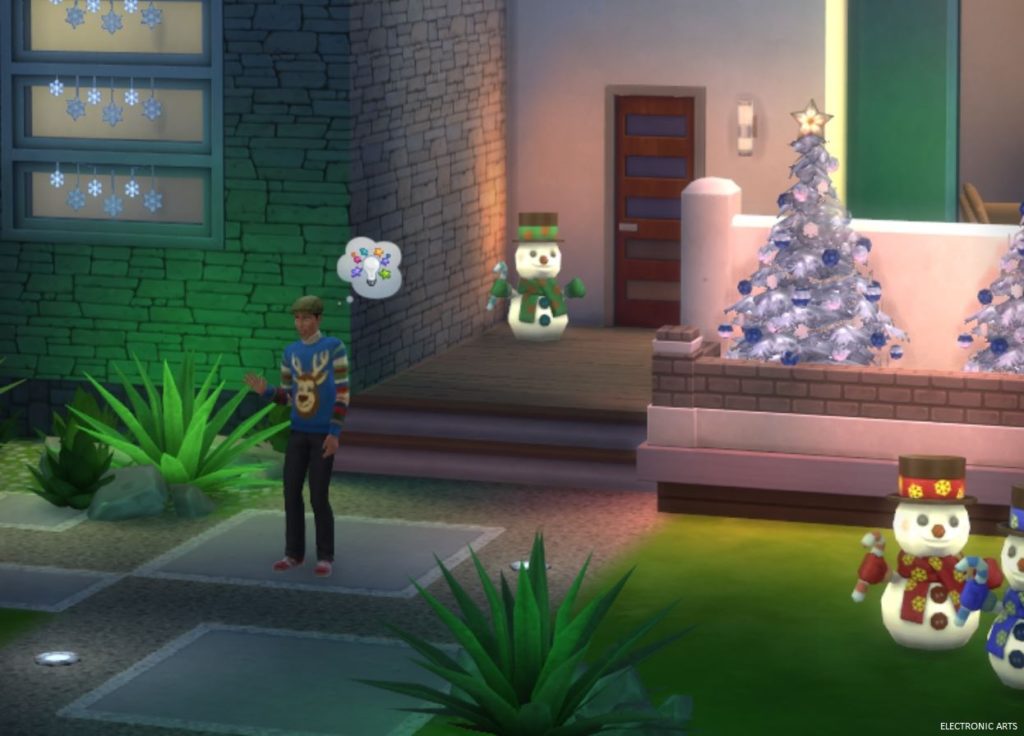 If ever there was a game that let you go all out for the holiday seasons, The Sims 4 would surely be that game. Pick up the free holiday celebration pack and decorate your sim-life to your heart’s content.

Krampusnacht has returned to Secret World Legends. Defeat the Krampus invasion and then take the fight to Niflhelm as you battle the queen of the realm, Hel. 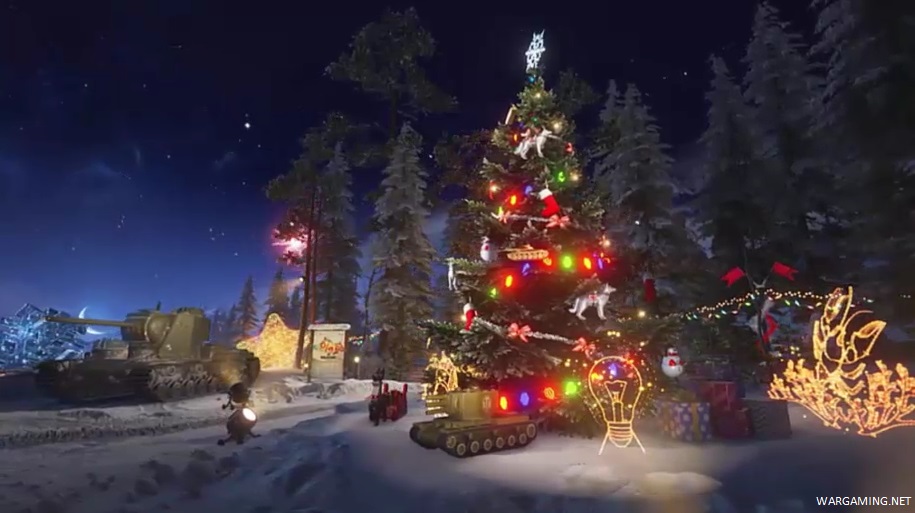 Welcome to one of the strangest places to find a holiday event. Running until January 14, World of Tanks brings one of the most elaborate events I’ve ever seen with the Holiday Ops 2020 event. Naval and aerial battle fans will also find smaller events World of Warships and World of Warplanes respectively.

One of the longest running holiday events is the Winter Vale goodness of World of Warcraft, and our very own Catherine Daro was quick to report in on the Blizzard announcement from this morning.

Written by
Mitchell Gassner
Old enough to have played retro games when they were still cutting edge, Mitch has been a gamer since the 70s. As his game-fu fades (did he ever really have any?), it is replaced with ever-stronger, and stranger, opinions. If that isn't the perfect recipe for a game reviewer, what is?
Previous ArticleLightmatter Gets Ready For A Bright New YearNext ArticleFirst Final Fantasy XIV update 5.2 details revealed 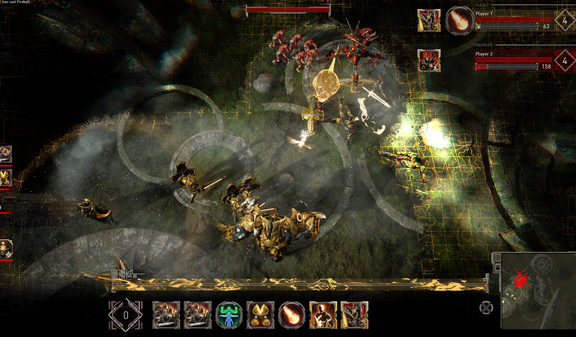