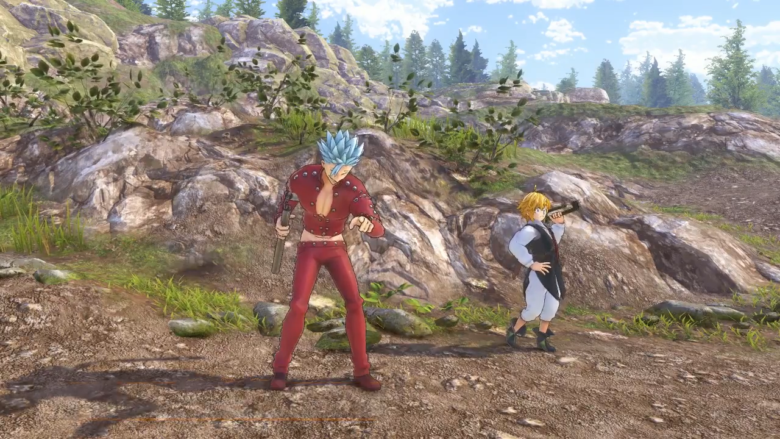 For the uninitiated, 7 Deadly Sins is both a manga and an anime bearing the same name as this action dueling title by Bandai Namco, which follows Elizabeth, a princess of the Kingdom of Liones, as she searches for a band of former knights known as the 7 Deadly Sins. Will the game live up to the expectations of the Anime? This is our 7 Deadly Sins – Knights of Britannia review.

Let us get the basics out of the way for those that have watched the Anime and are thinking of purchasing the game to delve further into the universe of the 7 Deadly Sins.  The game follows the Anime extremely closely.  Some minor parts may have changed such as battles that occur, or dialog, but for the most part, you’re not going to be met with any changes that deviate from the 7 deadly sins you’ve come to know from the series. You’ll still follow Elizabeth as she meets Meliodas as they set off to find the rest of the deadly sins.  You’ll still travel around in the Boars Hat, and run into trouble, just this time you have a playable Hawk, who is a talking pig, to trounce enemies with. For the most part, aside from the little side missions you encounter, and the tutorial, no new paths were added in Knights of Britannia. 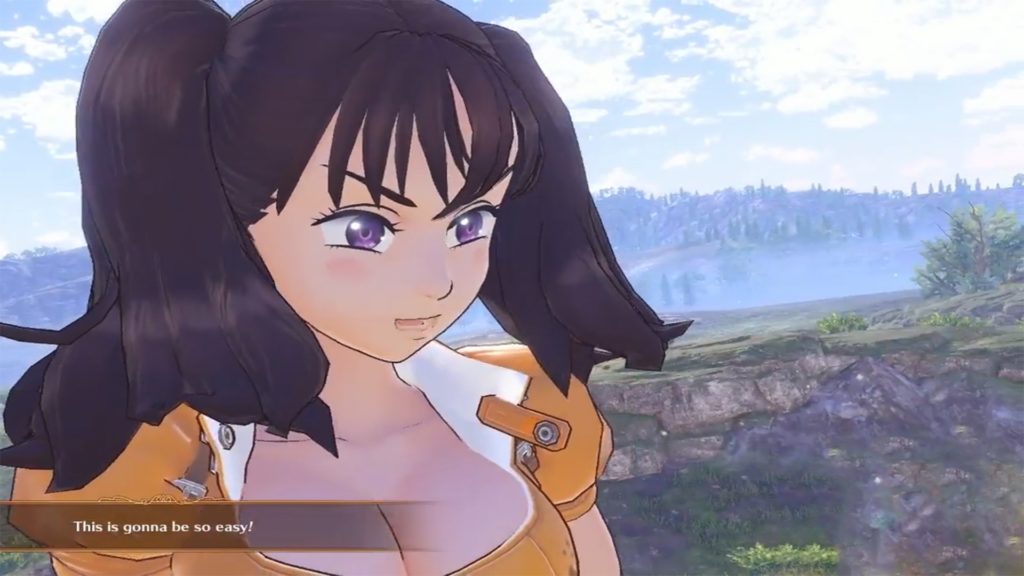 This may hit you in one of two ways, either you’ll enjoy playing through a story you know so well, making it interactive and putting yourself in the shoes of your beloved characters, or you may feel a little cheated, as if you were hoping for a side story with new character reveals or an untold storyline that never materializes. As it has been a long while since I’ve watched the Anime, I had forgotten most of the story, so neither of these issues really plagued me in any meaningful way.

In the gameplay department, the action is fast-paced and furious with nearly a dozen or so tutorial screens to go through explaining the ins and outs of combat.  Skills and combos are not overly confusing once you get a few matches under your belt, and in some cases, you are graced with a second co-op character that will allow you to coordinate tag team attacks. The entirety of the combat system relies around your abilities to block, parry, and combo your way to victory which on paper, or device screen, would seem like a great system, but unfortunately there are too many little hiccups that stop this game from really shining in the combat department.

The most frustrating example of this is the view angles.  While the game plays as more of a free-roaming fighter, there are times when you’re tasked with facing multiple opponents, and the game auto-targets enemies for you depending on which way you’re facing.  The main issue here is that the targeting will sometimes pull a target that’s far away from you, forcing you to start doing combos away from the closest characters near you.  Sometimes the targeting doesn’t focus at all, and after killing one enemy, instead of turning to another one, even if you have your camera trained on them, you might find that you’re attacking the wind instead of the opposing knight.   There were two instances where I ended up getting stuck on the terrain.  One of those instances I was fighting Meliodas as Hawk, and ended up getting knocked up into the invisible barrier that prohibits roaming too far away from the arena.  With 60 health left on Meliodas, I was stuck in the air, not able to attack or move for several minutes.  Had the AI been a little bit smarter I might have lost the match. 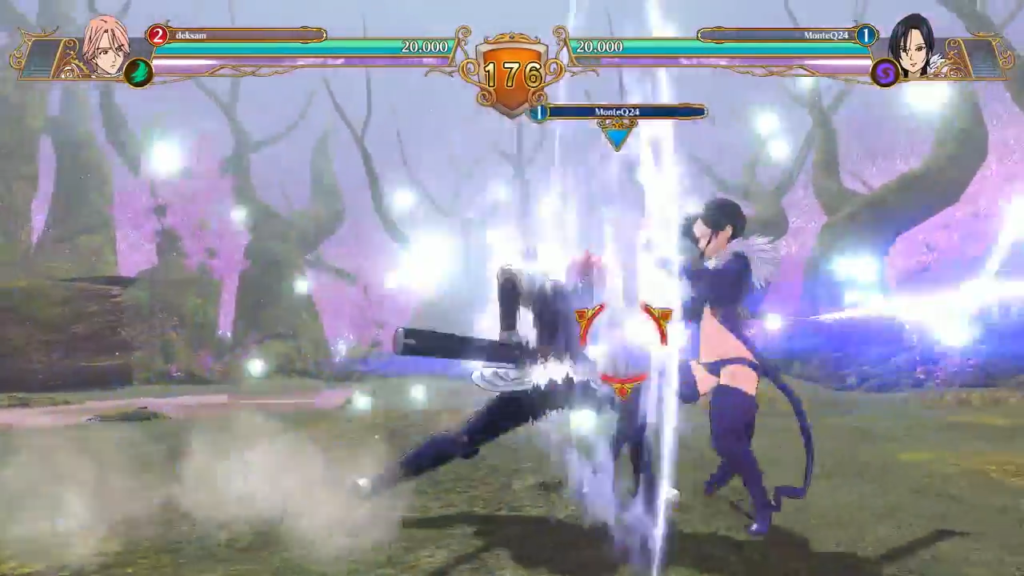 The last major bug I encountered happened in Multiplayer. I tried several times to get into matches, and when I did, it told me that I had been disconnected just when I started my match.  At first, I thought people were dropping out on purpose, but that wasn’t the case.  I then thought it was my connection, but that also wasn’t the case.  In the end, there was server stability problems abound during matches, which prevented me from ever finishing a match.

That being said, I did have a good time doing some local multiplayer, which allowed me to fight against a friend sitting next to me, and aside from the story, regular Duel matches could be had in single Duel mode or Co-Op Duel Mode. Just keep in mind in order to unlock all of the characters in Duel Mode, you need to complete the story mode first, which will also award you items that will help you unlock augmented abilities that you can slot for the characters.  In summary, 7 Deadly Sins is a game that seems like it wants to cater to fans, yet not so much that they want to give you different content than what you’ve already seen.  The gameplay is fun when it works properly, but sticking out the issues in multiplayer most likely won’t appeal to those with no emotional ties to the series.  In that way, I feel, die hard 7 Deadly Sins fans may be the only ones that will truly appreciate this title. 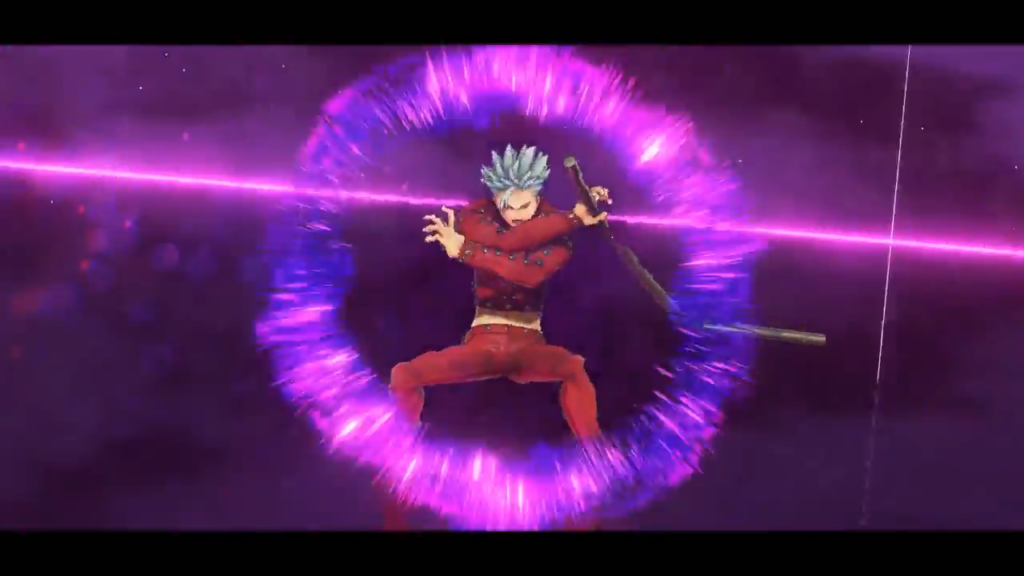 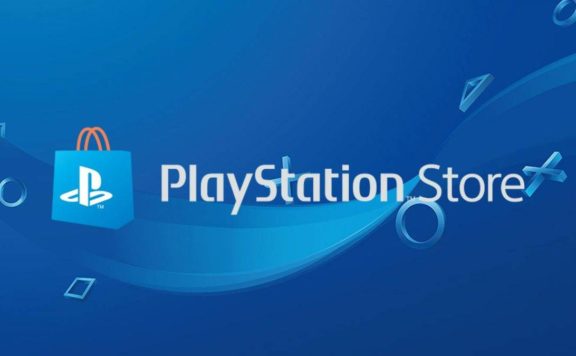 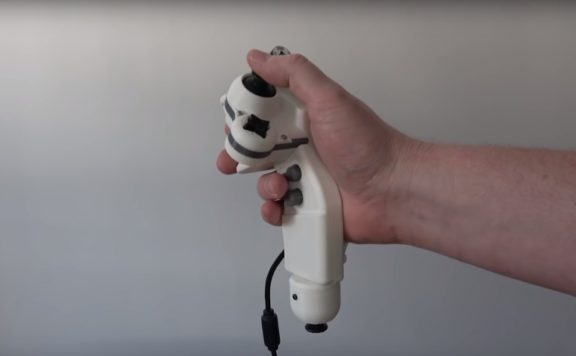 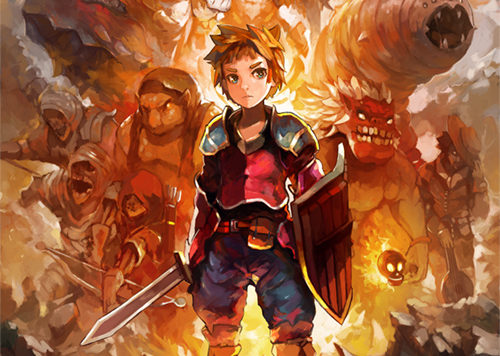