Puzzle games such as Myst can be thought-provoking but at the same time come with overtones of seriousness. If you love Myst and its sequels and enjoy campy 60’s-era Spy comedy, think No One Lives For Ever or even Archer (the TV Series), then you should enjoy Yak & Co‘s Agent A – A Puzzle In Disguise. Originally released on PC back in 2015 as a short, two chapter affair, Yak & Co are back to deliver a full package of five chapters in all and at the same time formally release on consoles. This is our Agent A – A Puzzle In Disguise PC (Steam) review!

A Good Spy Has No Fear

Agent A‘s premise and the story is pretty straight-forward. An enemy spy named Ruby La Rouge has been targeting your organization’s secret agents. You play “Agent A” and are billed as being the smartest agent of them all. Your mission is to infiltrate her secret hideaway and put a stop to her evil plans. Of course, as you pursue Ruby through room-by-room of her hideout she has made the chase a bit more difficult by putting obstacles in your way. 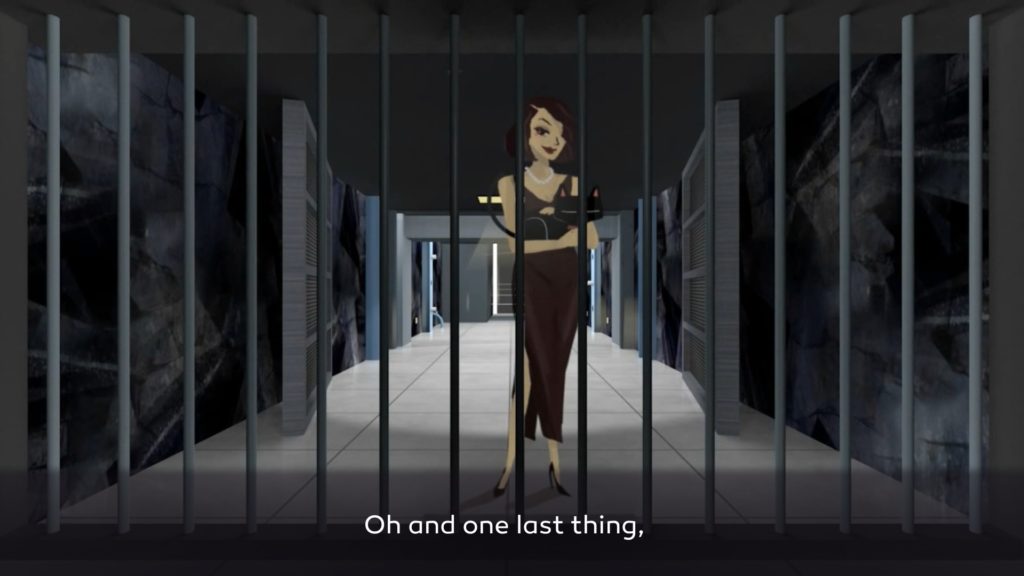 The obstacles, of course, are puzzle laden tests of your logic and brain skills. The adventure itself is told through stylized animation with a 60’s-era motif. Cut scenes are voiced and they serve as adequate rewards for completing a chapter. The puzzles themselves involve using inventory items or just moving puzzle “parts” around, e.g. slide puzzles. I consider myself a good puzzle game player. That being said I was able to complete each chapter in anywhere from one hour to one and a half hours.

Welcome To My Underground Lair! 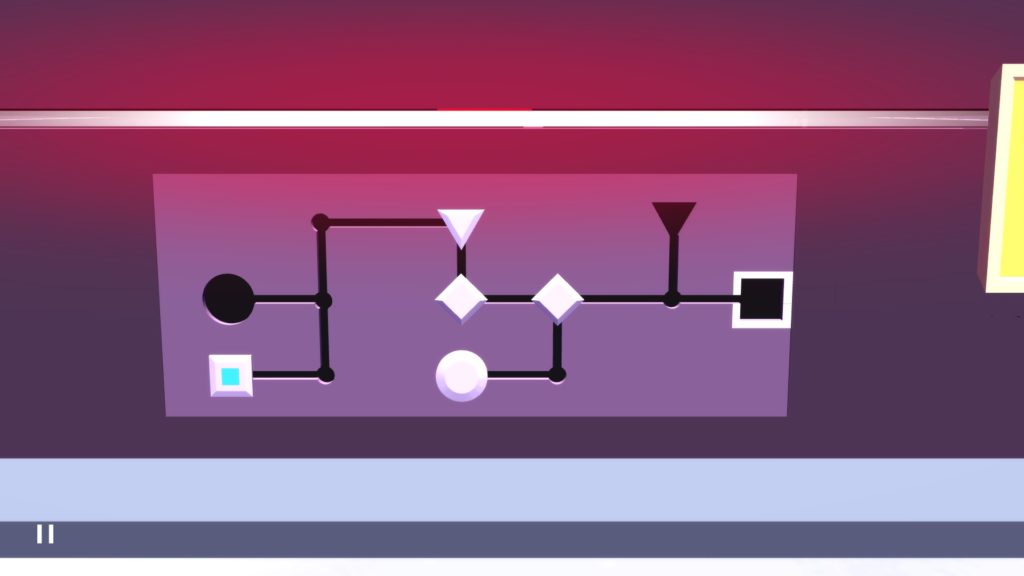 The puzzles themselves were just the right challenge, not stompingly frustrating but overall fun. Many were evident right away and others took a bit of experimentation. Part of the challenge is finding the right objects to interact with and sometimes requires several looks. There were one or two times I was stumped on what the next object I needed to interact with was. In those cases, it turned into a bit of a “pixel hunt”. By the time I finished Chapter 2 I had a good sense of how the developers were thinking.

Overall there are quite a lot of puzzles to solve. Yak & Co state that there are 100 inventory-based puzzles meshed within 50 puzzle screens. Heck, Chapter 3 in itself was all within one room (depicted below) and while not initially evident the room unfolds with easily over ten puzzles there alone. 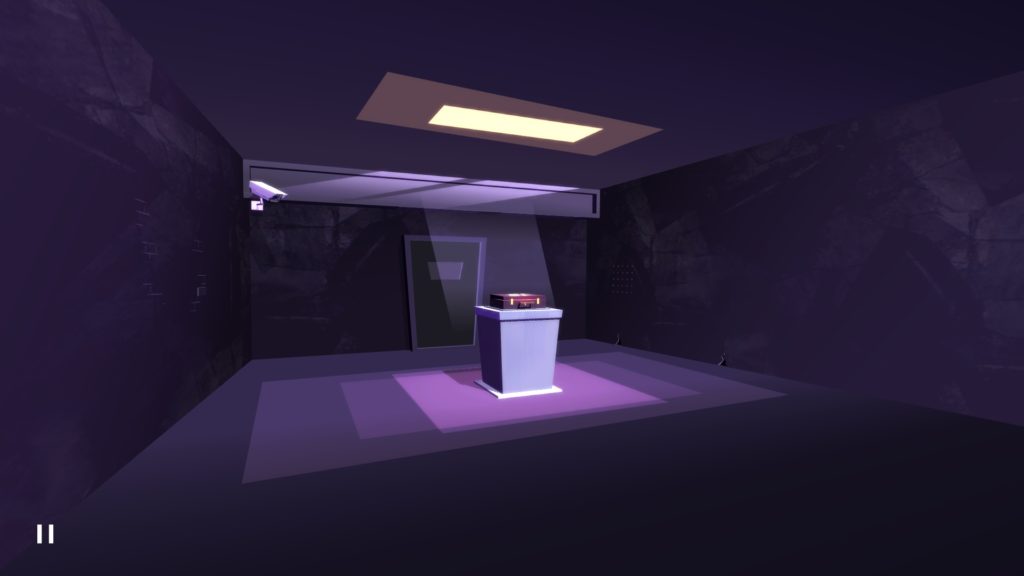 The controls of the game are pretty basic. It is a first-person game but the movement is limited to “move closer forward” and “step back”. Like many puzzle games, solutions sometimes require items from multiple areas so there is a lot of “weaving in” and “weaving out” to get around to accommodate the backtracking required.

Even with the three additional chapters the game runs pretty short, we’d wager a guess most people finish under 10 hours. On Steam, though the game is moderately priced at $9.99 USD so there is still a lot of puzzle value on the dollar. The game runs a bit higher on consoles. For all three consoles supported; Nintendo Switch, PlayStation 4 and Xbox One it’s $14.99 USD

Tags: Agent A, Myst, puzzler, Yak & Co
Summary
While the original base game has been expanded to five chapters die-hard puzzlers should have no issue completing this game in 5-10 hours. Though somewhat short the game is priced right on Steam for $9.99 USD. Even so, the puzzles are great fodder for your brain. The whole game seems like a mash-up of Myst interlaced with moments from Archer (TV series) with the classic style of the "No One Lives Forever" video games. Sadly this looks like the final chapter for Agent A but if Yak & Co decide to extend the adventures of Ruby La Rouge we'll be the first in line to buy it!
Good
Bad
9
Amazing

Written by
Scott Jeslis
Scott is a comic book, music and gaming nerd since the late 70s. Gaming all began on the Colecovision and Atari 2600. He buys and reads new comics every Wednesday from his LCBS and helps run an online Heavy Metal radio station.
Previous ArticleUpcoming Wheel of Fate RPG will use AI to build a custom worldNext ArticleSaint Seiya Awakening: Knights of the Zodiac Opens Pre-Registration 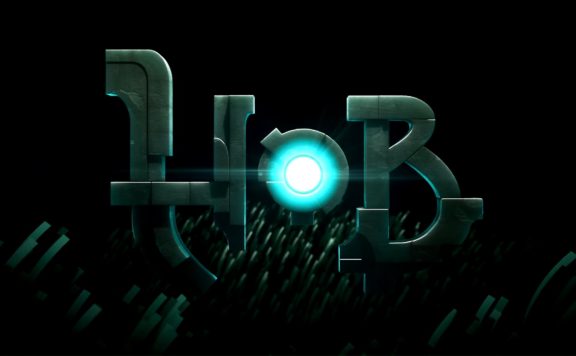 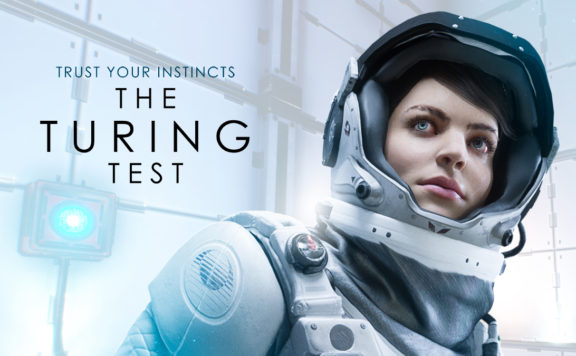