Roughly 1000 years before the start of Alliance Alive Deamons have taken over the world and erected barriers between the different realms keeping everyone separate. These different realms have not only their own races of beings but also have distinct climates which in the case of the first two you see in game, Rain Realm and Burning Realm, the names tell you everything to expect about them. I did mention the naming in this game is sometimes disappointing right?

There are three main perspectives which the story is told from and at first, each of these storylines is separate and don’t seem to be related. However, as the story progresses all three of these storylines converge and the goals of the separate groups come into alignment. The first two we meet are Azura and Galil who are humans living in the Rain Realm. It’s Azura’s fervent belief that the sky was once blue and there were stars in the sky. In endeavouring to prove this belief both characters are set on the path which leads them far from home and into the other realms. 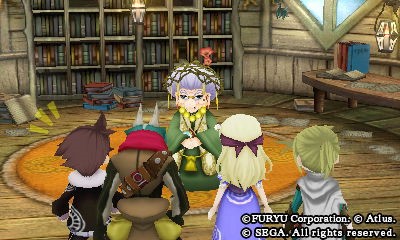 Likewise, all the other characters we encounter have interests and curiosities which leads them away from the comforts they know. I don’t want to spoil too much of the story though because it is interesting and worth experiencing first hand. One other thing worth noting and related to the story is there is no VO in the game at all. Which for me is fine, but I know for some gamers being able to hear characters speak helps them enjoy a game more.

As with most JRPG games these days there are also portions of the game where I could wander a bit, but it didn’t seem like these sections served much of a point. I’d be given general information about where I needed to go, but nothing was marked on the map at all. Also, although the map looked like it was meant to be topographical it really didn’t give any useful information about how to traverse the map. There was no clear indication of ramps or what areas were passable or not. This led to me spending a lot of time wandering the map aimlessly. Added into this while there was the occasional point of interest or random loot to find most of the map seemed to only exist as a place for you to run into monsters to fight, but even those were a bit sparse. Plus, since I could see the mobs on the map I could easily avoid them most of the time. There were even a few times where despite a mob seeing me and chasing after me I was able to just run away and avoid the encounter altogether.

Combat itself is standard turn-based tactical combat. Outside of combat, I could set up the formations I wanted to use and could fully equip up the characters. It’s worth noting if I wanted to use anything in combat I had to equip it beforehand, including healing potions. Also, the most healing potions any one character could have access to during combat is 2 because each one would take up an accessory slot. This greatly limited the ability to recover during tough fights. Of course, there are also rings which improve stats so there are tradeoffs.

Another interesting aspect of character progression is the skills the characters learn are tied to the weapons they use. For example, as a character uses a greatsword they will occasionally enter the Awaken state where they will learn a new type of attack for the greatsword. Once learned even if you switch to a different greatsword the character will still know all those skills. This is a system I generally enjoy but it does have the drawback of once all the skills for a specific weapon are unlocked it can feel like a bit of a waste to use that weapon. 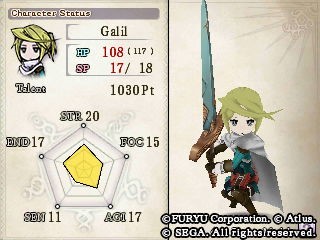 In addition to the skills which are learned from using a weapon, there are also talents which can further improve a character’s abilities. These talents mostly focus on making the character better with certain weapons or improve stats and really add a nice way to specialize characters in various ways. The one thing about this system which annoyed me though was the minimum cost for these talents is 100 points and most are over 1000 points. Meanwhile, I was only averaging 4-6 points per fight. There are some fights which yielded more and chain fights were reliable in earning a bit more, regardless though earning some of the higher talents felt like it took forever.

Another interesting mechanic to combat is the Ignition system. Each character has a gauge under their portrait during combat which slowly fills up when dealing damage, taking damage, or if an ally gets knocked out. When this gauge fills up the Ignition state is triggered and will allow the character to use their final strike ability. Each weapon has its own unique final strike which will not only unleash a massive amount of damage but also destroys the weapon. Since new weapons cannot be equipped during combat this mechanic makes keeping a secondary weapon, even perhaps a second weapon of the same types as the first, equipped very important. As I moved further into the game I gained the ability to get these weapons repaired which kept Final Strike from being overly punishing. 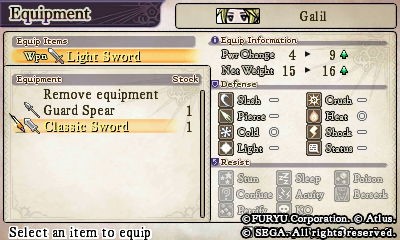 Unfortunately, one of the weakest areas of gameplay for Alliance Alive is in its uneven combat difficulty and not having any real way of knowing how hard mobs will be at the beginning of combat. Through playing I did learn the different mobs I encountered and how easy or difficult they may be, but that knowledge came through a lot of trial and error. If there was some sort of system to help convey this information, it would help greatly. All of this is made worse by the fact mobs were either steamroll easy or extremity difficult.

Overall Alliance Alive is a fun game and what flaws it has are small. If you are someone who generally likes JRPGs you’ll probably like this game as well.

Alliance Alive Review – A Flawed Charmer on the 3DS

Alliance Alive is a fun, quirky, and interesting JRPG with some interesting systems powering the core gameplay. Although sometimes the naming of things can be quiet boring the story and characters are all compelling and will take you on a g...
0
Average User Rating
0 votes
Have Your Say!
Your Rating: 0
Submit
Write A Review