Welcome to part 1 of our ArcheAge Unchained Review. Before we get started, let’s take a minute to recap our experience with ArcheAge Unchained over the last couple of weeks.  If you had a chance to read the preview of our time on the ArcheAge Unchained test server a couple weeks ago, then you know some players had a rough time during the first preview week. Fortunately, Gamigo was actually listening to the complaints and opened up a second test server when they opened up the preview to non-Founders. This quelled many of the complaints players had since they were finally able to access the servers, at least until the exciting time (read: frustrating for many) that was name reservation weekend.

The name reservation had already been delayed a week in the attempt to allow all of the Founders pack purchasers ample time to download and install the updated game client. Both the EU and the North America regions had three servers to choose from, and preliminary forum activity pointed towards some of the bigger guilds planning on spreading out across all of them. Being a PVP oriented game, it isn’t surprising that this was all a feint, and when name reservations opened up most NA players flocked to the Wynn server. To keep things balanced, the devs started placing region locks, and ultimately server locks, on servers as they filled up. Each day they opened up the servers for additional character creation, often only lasting minutes before shutting them back down. There are now six NA servers with the original three still having character creation locks in place. 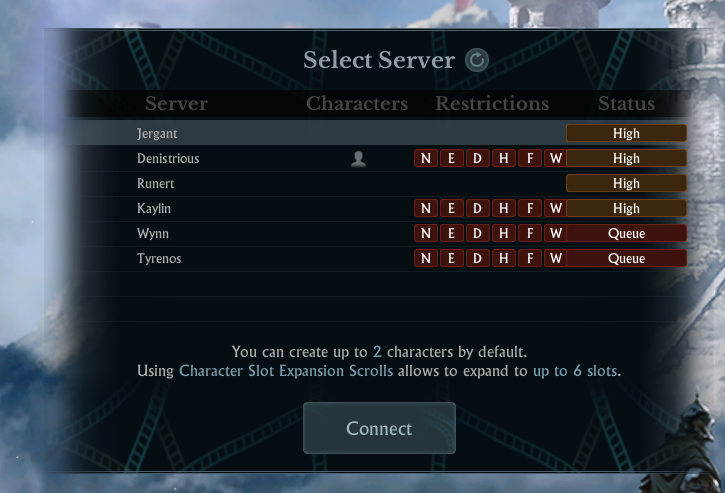 This isn’t uncommon for an MMO launch, though, and could actually be seen as a sign the move to a buy to play model will be successful. The only downside to the popularity is the number of guild members stranded (myself included) on servers they never intended to be on. With the normal attrition MMOs have these days guildmates should be reunited with their groups soon and, as we will talk about, they won’t be too far behind thanks to the speed of leveling in AAU. The real question here is whether ArcheAge Unchained is worth wading through all of those issues? To answer that question, let’s dive into my first few days with ArcheAge Unchained.

I dabbled in ArcheAge when it first launched in 2013 but it’s fair to say I am new to everything ArcheAge Unchained, so our journey starts with character creation. As I mentioned in the preview, players are able to choose from six races. These are broken into two factions, East and West, and other than a couple of minor racial bonuses choosing a race comes down to aesthetic differences and starting locations. On the continent of Nuia (West side represent) you have three classic high fantasy choices:

The continent of Haranya (East side is the least side) has a more modern feel to their choices:

Once you choose your class, you’ll also have to pick out a starting skill set. Although there are a total of twelve skill sets, only six can be chosen during character creation. Healers, mages, melee, and ranged are all represented in one form or another. Even the newest skillset, the Swiftblade, is on tap for your first choice:

All of these skill trees are merely a starting point. You will also choose two more skill sets during your adventures to complement your original choice This combination of sets will ultimately decide your character’s official class but there are even more ways to mold your character to whatever playstyle you enjoy. As you level up you will earn skill points to spread across all three of your skill sets. You will have 24 active skills to choose across your three skill trees, but with only 18 points available to spend you will have some tough choices to make. To complicate the matter, heavily investing in a set will open up more passive abilities.

Not everything about character creation has an immediate impact on your survivability in the game. On the contrary, one of the most important things for many players is their appearance. Luckily, the character creator has a ton of sliders to help make a character look just the way you want. All the regular facial adjustments are available to you – eyes, nose, mouth, ears, cheeks, and jawline. You can change the size and angle of each part and there are some makeup and color options to choose from as well. To finish things off you have quite a few hair and beard styles to choose from, and you can add some tattoos and blemishes to your face if you wish.

I did find the creator missing the depth needed to put it on par with some of the best of the genre, though. Surprisingly, given the number of facial sliders available, there is only a single option to change the look of your character’s body. There are three choices of abs, from smooth to six-pack, but a bulky dwarf with a six-pack looks rather strange. There aren’t any height or weight sliders, something almost every recent MMO gives you access to. Individual appendage proportions are also set in stone so don’t expect to make a super short dwarf with his knuckles dragging the ground. On the plus side, this also means there isn’t a slider for boobs, so we can all rest easier knowing female characters won’t be forced into early retirement due to back problems. With what we are given, I was still spent way more time than necessary tweaking my character to my liking considering I am going to cover him up with armor. For those who find joy in creating “unique” looking characters, I was able to make some interesting faces, but the limitations of the character creator stopped me from making a truly hideous beast.

The first few levels of an MMORPG usually act as an introduction to the game mechanics – movement, quest question marks and exclamation points, inventory and quest logs, all the general stuff – and AAU is no different. Once you have your character customized to your liking, your first skill tree picked out, and the first five or ten levels under your belt, it’s time to get ready for that grind Eastern MMOs are known for, right? Well, with ArcheAge Unchained you get to hold off on that for just a bit longer. The first thirty –  yes, I said thirty – levels will scream by lightning fast. For anyone new to ArcheAge, or players who enjoy reading the quest text, you can expect to hit 30 in only a couple of hours. I fit into both of those categories and still completed the journey in about 2 ½ hours.

During that time I found the main story underwhelming. I was chasing down a mailman most of the time and was doing fetch and kill quests along the way, so I started skimming the text about halfway through. If you feel the urge to complete every quest in the game go for it, but the main story quests will earn you the experience you need to reach level 30 just as you come to the contested zones. Even the gold and equipment from the low-level side quests are inconsequential since you are given a set of upgradeable gear that will stick with you until the end. Veterans or players wanting to rush to end game can accelerate the leveling process even further by skipping the text altogether, and grouping up can shorten the trip to 30 down to an hour or less.

Just because the path to the mid-game is short doesn’t mean it’s wasted time. There are a few side quests you’ll want to complete to get your first glider,mount, and rowboat. You’re also going to pick up your other two skill trees to complete your starting class by level 15, allowing you to get a basic combat rotation set up. You are able to swap out skill trees so this is also a perfect time to try out other options if you aren’t locked into one of the meta builds.

The final thing to work on during the early game is upgrading your equipment. You can use equipment dropped by mobs but, as I already mentioned, you are given a starter set of upgradeable equipment that is all you need until you go for your Hiram gear. The story quests even provide you with the consumables needed to complete the upgrades. You can hold off upgrading if you wish, but around level 20 you will start to feel a little squishy. Since you’re able to reclaim all of the materials used for upgrades if you choose to go with a different armor or weapon type, there isn’t any reason to hold off. These upgrades follow a similar process as upgrading your Hiram gear during the end game grind, so they also work as a good tutorial for when mistakes will be costly.

Unless something has gone horribly wrong, you should be wrapping up the first part of your main storyline right around the time you hit level 30. My description of getting to this point may seem pretty basic but, honestly, I didn’t see anything I hadn’t seen in every other MMO. The game ran smoothly and aside from a bug that caused my sound to cut out (solved by lowering sound quality in the game) I didn’t encounter any issues.  As a PVP focused game, it’s no surprise I was able to fly through the linear quest line as I picked up my skills and upgraded my gear. Every quest was to gather, fetch, kill, or simply just talk to someone. Playing solo I was able to take on multiple mobs, and when I grouped up with a couple of other players there were times where our prey was dead before I got a swing in edgewise.

Everything does slow down once you enter the PVP lands. More specifically, the sandbox nature of the game kicks in and there are more things to take up your time. First up is the continuation of the main story as your trek into the contested PVP areas of the map begins. With each area cycling through peace and war, PVP and daily quests become a part of your life. The next 15-20 levels are where you’ll start preparing for the end game grind. We’ll have ArchePasses to complete, housing and farms to procure, and even some sailing in store as we start to make our ascent into the mid-game content. We’ll save all of that for part 2 of our ArcheAge Unchained review. For now, it’s time to gather resources and see what land is still available after the great land rush over the weekend. Until next time, best of luck in staying clear of the gankers.

Written by
Mitchell Gassner
Old enough to have played retro games when they were still cutting edge, Mitch has been a gamer since the 70s. As his game-fu fades (did he ever really have any?), it is replaced with ever-stronger, and stranger, opinions. If that isn't the perfect recipe for a game reviewer, what is?
Previous ArticleWerewolf: The Apocalypse – Earthblood Trailer Unveiled At PDXConNext ArticleThe Humble Bundle is Finished 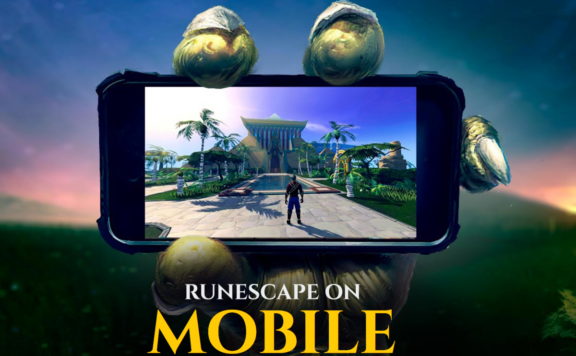