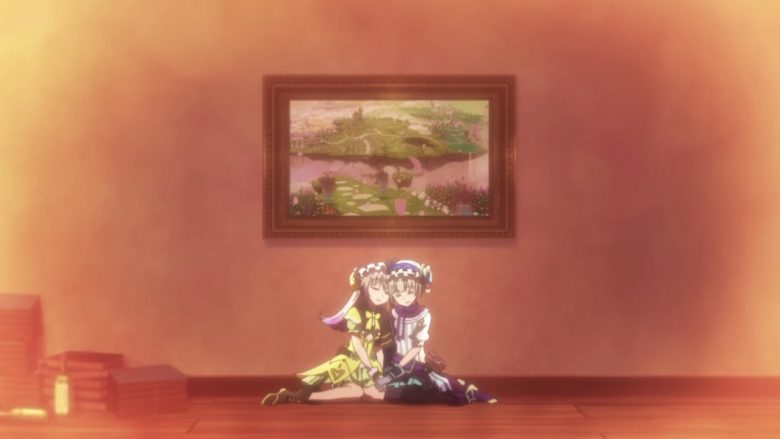 After 20 years in the Alchemy business, the latest entry in the Atelier franchise has arrived on the Nintendo Switch. The nineteenth in the series, Atelier Lydie & Suelle: The Alchemists and the Mysterious Paintings marks both the 20th anniversary of the Atelier series and the closing chapter of the game’s Mysterious story arc. We took a stroll through the latest adventure, to find out what has changed.

Unlike the previous entry in the Mysterious storyline, this game does not immediately tie together the previous instalments to this particular iteration. Instead, we join Lydie and Suelle, twin sisters who reside in the town of Merveille. Living with their layabout father, their one wish is to make their own atelier the best in the entire kingdom. When they stumble across a mysterious painting, they enter a whole new world and the secret to their wish.

For fans of this franchise, the storyline is typical of the Atelier series. It revolves around a wilful and enthusiastic pair of protagonists that have humble beginnings but are ultimately destined for greatness. While The Alchemists and the Mysterious Paintings does contain a substantially improved narrative than Atelier Firis, it remains your job, as the player, to help guide these two alchemists on their journey through the world of Adalett and complete their alchemy training. Not only is the consistent with other instalments in the Atelier series, but many of the previous game’s other characteristics make a return. 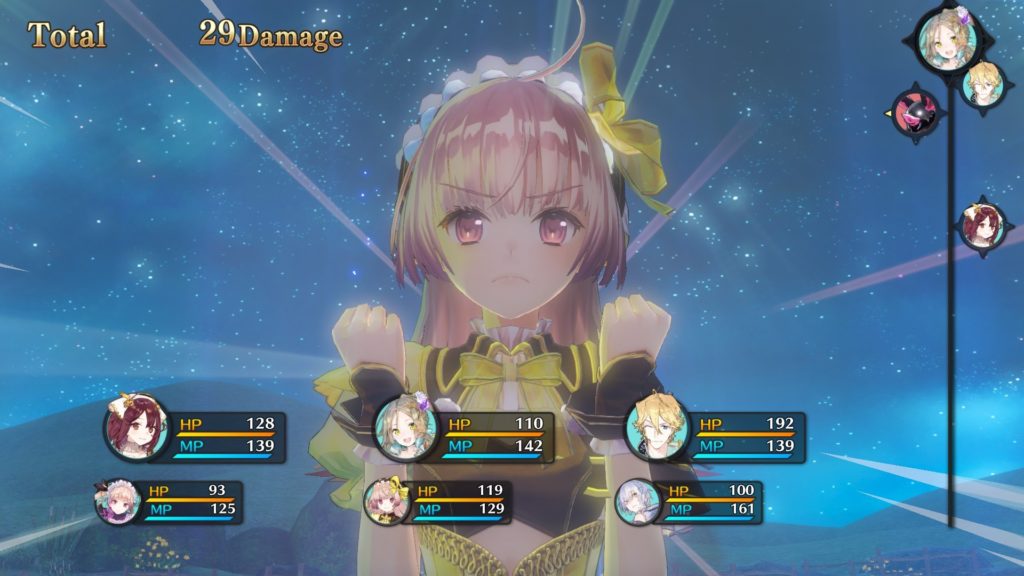 The aesthetic direction of the previous games continues here. The in-game engine, adopted after the series developer Gust merged with publisher Koei Tecmo Games, seems to do an excellent job of creating an effortlessly charming anime aesthetic that avoids the boisterous trappings of something like Dragonball Fighterz and settles on a more subdued and charming approach to the visuals. The soundtrack, rather than bombard your ears with similarly abrasive guitars or electronic breakbeats, is quietly brilliant. Kazuki Yanagawa’s upbeat arrangements seem to perfectly embody the tone of this adventure. A bewildering array of environments all seem to be accompanied by their very own musical personality. Characters, people, and even events are all brought to life by a delightful piece of work that even helps lift the game through some of its more mundane moments.

As Lydie and Suelle explore the world around them, visuals continue to impress. Rather than build a massive open world, The Alchemists and the Mysterious Paintings provides a series of instanced environments to explore. This tends to be presented to players through several magical paintings, which compliment the already charming direction. Each of these are portals to new realms that the twin sisters can explore and act as a canvas to craft a whole host of ingenious adventures. From beautiful gardens to spooky woods, these not only create fantastic variety but support the game’s core mechanic, a deep and rewarding alchemy system.

Exploring various environments allows players to gather ingredients. Stone, ore, wood, fur, bone, and a variety of plants are just some of the collectable components that can be scavenged. Battling monsters also rewards Lydie and Suelle with a whole host of other items, which can be combined in the atelier’s cauldron. Synthesizing new items it not just a matter of throwing everything into the pot, however. Item type, quality, alchemy level and an interesting synthesis board all have an influence on the outcome. Synthesizing items allows Lydie and Suelle to rank up their alchemy skill and unlocks new recipes. These can, in turn, be used to make quest items, consumables, and other valuable crafting materials. This is a gargantuan system, containing a bamboozling array of materials and recipes. 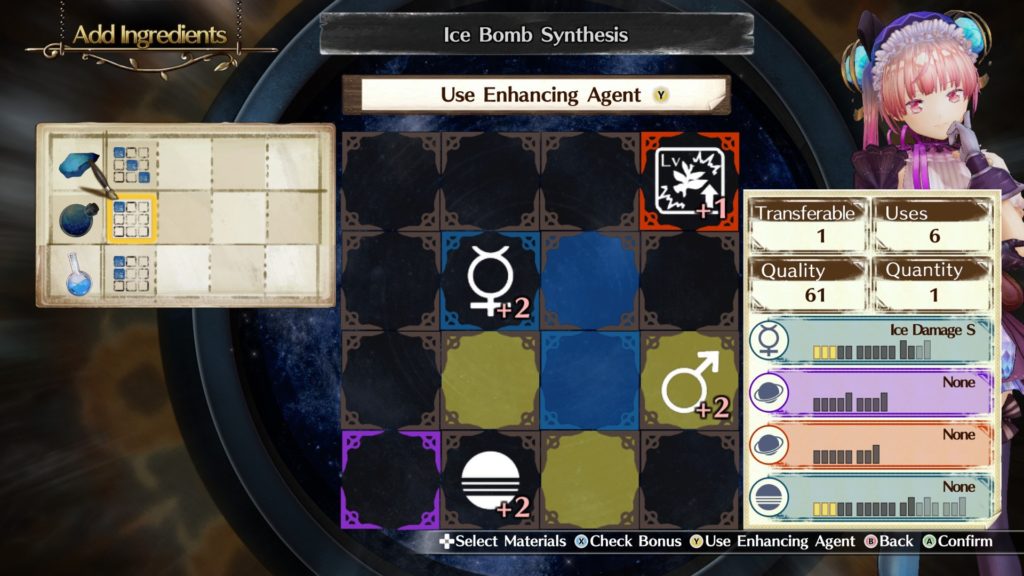 This system also allows the two twins to participate in Adalett’s unique alchemy ranking system, This series of quests provides a pathway for players to prove their ability, unveil new paintings, and raise their atelier to a legendary status. In the end, much of the game’s narrative simply facilitates this and other peripheral crafting systems.

With so many interconnected elements, The Alchemists and the Mysterious Paintings does a great job of introducing new players to the game systems. Tutorials are not only concise but very well timed. Rather than bombard newcomers with information, the game drip feeds details as the narrative progresses. This approach creates a good sense of pace as systems reveal themselves at an opportune time. Much like alchemy, combat benefits from this approach. Fighting monsters begins with a few simple encounters. As the game introduces new elements, the tutorial system keeps new players educated and encounters just feel intuitive.

Battling monsters in The Alchemists and the Mysterious Paintings is going to be nothing new to veterans of any JRPG franchise. It takes the established turn-based system that is abundant in Japanese games and plugs this in where necessary. Players have access to a simple inventory of items, skills and basic attacks. This is hardly innovative, but it is a solid system, and as stated previously, the tutorials make this easy to engage with. 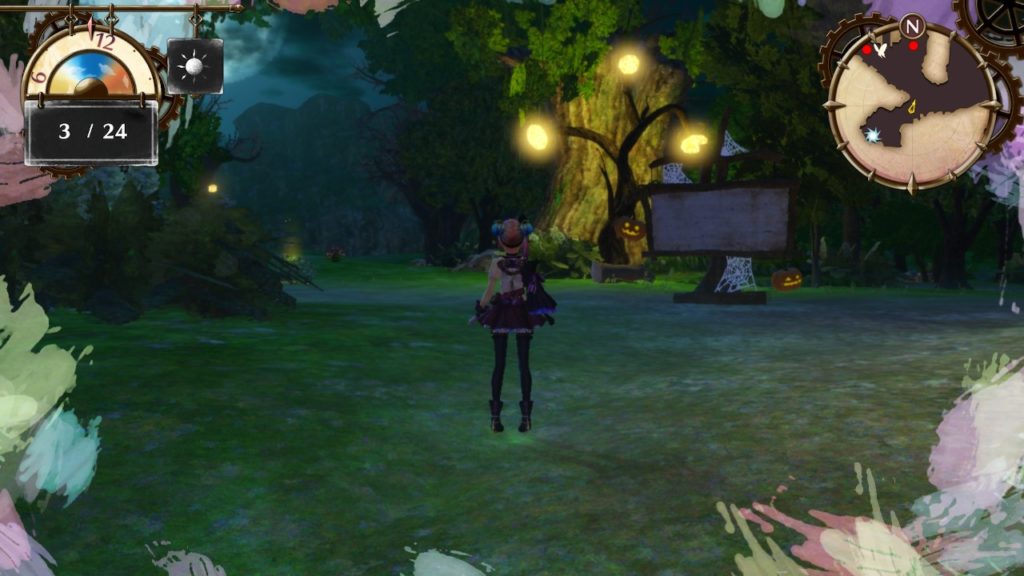 This is a fair description for much of The Alchemists and the Mysterious Paintings, although the closing instalment is a definite step up on Atelier Firis. It removes a poorly received quest timer and introduces a vastly improved narrative. Despite this, I cannot say that the game is particularly innovative. If you are looking for combat that requires twitch reactions and keeps you on the edge of your seat, you might find this is a bit placid for your tastes. Narrative pacing can also feel entirely unengaging while you trudge around collecting and crafting for days at a time.

What The Alchemists and the Mysterious Paintings does well is to create a gorgeous world that will entertain fans of the franchise. It departs far enough from earlier Mysterious entries to keep things interesting, and if you love to be charmed then this is definitely for you.

Written by
Ed Orr
For those of you who I’ve not met yet, my name is Ed. After an early indoctrination into PC gaming, years adrift on the unwashed internet, running a successful guild, and testing video games, I turned my hand to writing about them. Now, you will find me squawking across a multitude of sites and even getting to play games now and then
Previous ArticleSea Of Thieves and “Games as a Service”Next ArticleDuelyst: Trials of Mythron Expansion Released! 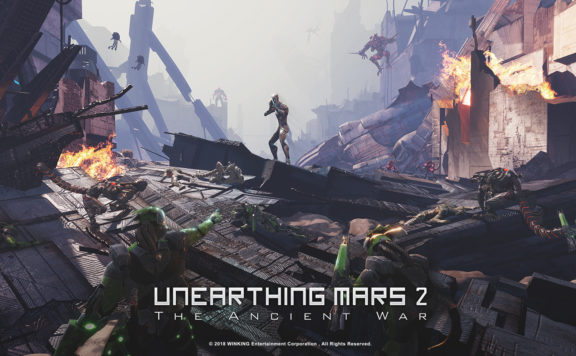