Arcade shooters are among my favorite. When you need a game that you want to just pick up and play without overthinking, this is exactly the type of title I choose. Bartlow’s Dread Machine is a dual-stick arcade shooter that overs single and co-op play, 6 game worlds to play. Will this title offer enough dawn of the electric age fun? Here is our review of Bartlow’s Dread Machine. 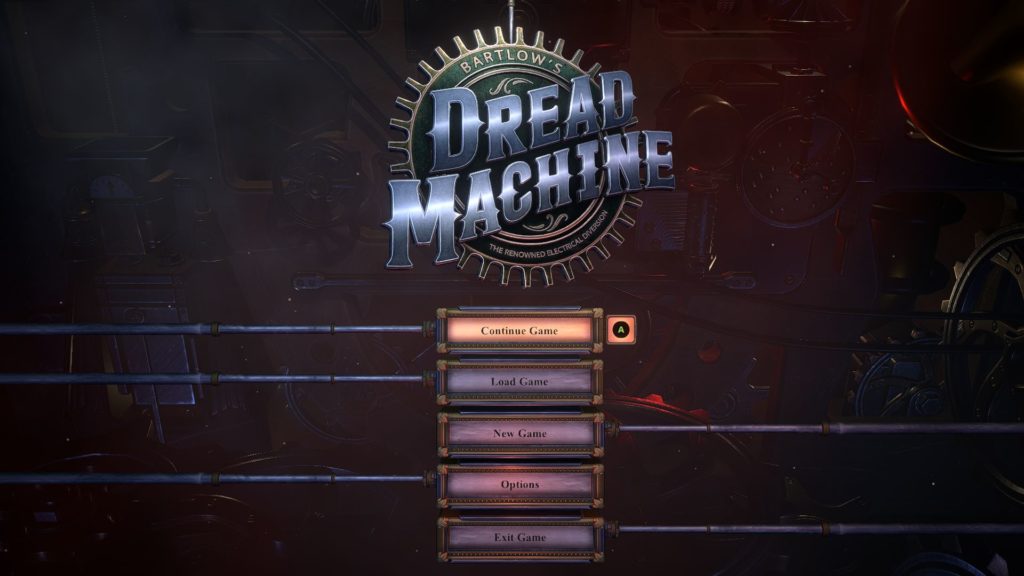 Titles like these offer a great escape from the mundane. With a decent story and great aesthetics, Bartlow’s Dread machine is a wonderful title that not only visually appealing it just plans old school fun. This title is about a long-forgotten game from the dawn of the electric age. The story is cut and dry, Teddy Roosevelt has been kidnapped and your missing is to of course save him! This of course occurs over several in-game worlds ranging from New York to San Francisco. What makes this title a bit different from other shooters is how you move around. Instead of having 100% free usage of the map, you must navigate the pre-defined paths that offer limited options. What sets this game apart is the overall theme, I love the “silent film” styling in the game. 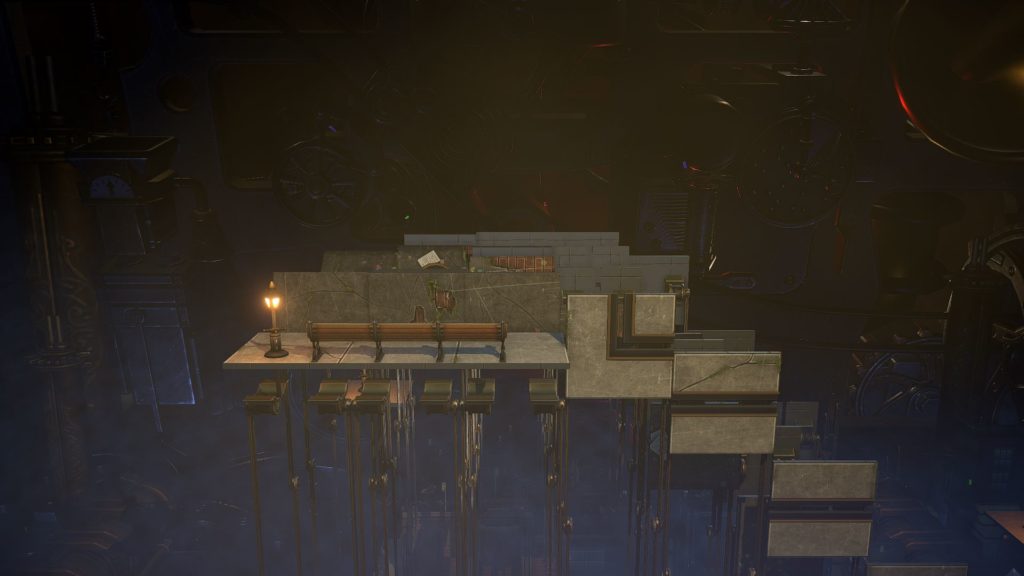 Graphically speaking this game has a whimsical element that helps draw the user into the story and game play. The textures are simple but detailed, with the added effects and lighting I would go as far as to say the graphics are perfect for what they need to be. The game also features upgrades that are easy to obtain but depending on skill level may require the user to grind the same level over and over to obtain. Each upgrade comes with its unique look and special skill. Some give you better protection from gunfire while others allow you to move slightly faster. Mix and match how you like to improve the look and abilities of your player.

The attention to detail is another aspect of this title I fully enjoyed. From how the levels mechanically build themselves to the subtle effects while players are taking damage. The controls for this title are simple but effective. The left stick moves you around while you aim with the right stick and of course press the trigger to fire.  Sound simple but once you get into the game things become chaotic, to say the least. You need to continuously avoid enemies one after another while simultaneously dodging enemy fire. With the limitations of where you can move this adds a layer of difficulty that can be both a welcoming change and a controller tossing event. I did reach a point where it was required to grind the same level a bit to obtain new gear to help aid my mission. Though not required this helps a lot. This is the type of title that you can sink plenty of hours without even realizing it. 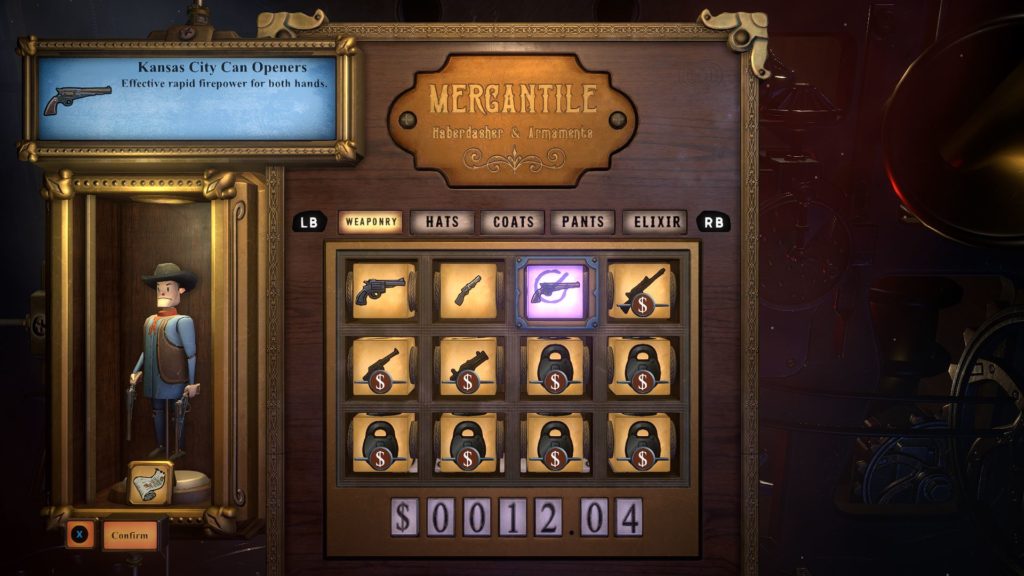 The aesthetics are evenly matched by the in-game audio. The music matched the overall theme and was a pleasure to experience. With all these elements having as much detail and focus this helps drive the gameplay and story. At the time of writing this article, the game is an early release that may not represent the game in its completed state. The developers have already released a small patch labeled as Patch 1, this improved widescreen monitor support and a few bugs.

Tags: Arcade, Bartlow's Dread Machine, co-op, multiplayer, pc, review, shooter, single player, steam, twin stick shooter
Summary
Bartlow’s Dread Machine is a fun, action-packed dual-stick shooter that offers unique mechanics, details graphics, and an enjoyable storyline so far. I am eager to finish the game and continue on the mission. As an avid gamer, I would highly suggest trying this one out. With different levels, upgrades, and coop modes that can change how the game feels and plays each time, this will be a fantastic title for anyone. It is easy to pick up, a low learning curve, and hours of fun. The current price on steam is $14.99 and is available now!
Good
Bad
7
Good

Written by
Kris Brooks
Long time tech, gadget and all around geek. I love cars, computers and movies and most importantly my family.
Previous ArticleNecromunda: Underhive Wars – House Goliath TrailerNext ArticleParatopic Coming to Switch This Friday 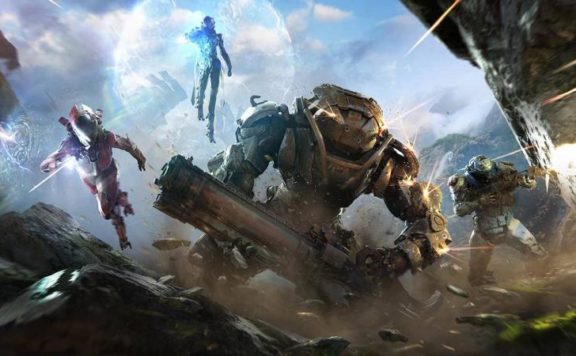 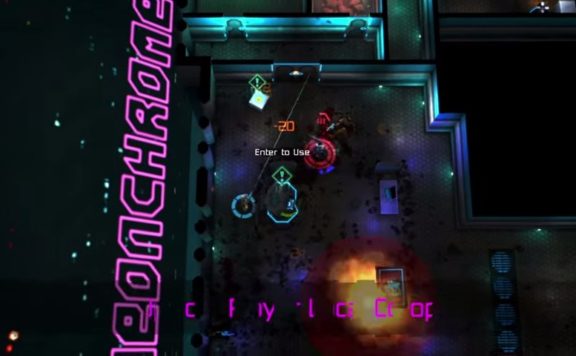 Neon Chrome is coming to the Switch on October 12th
October 5, 2017