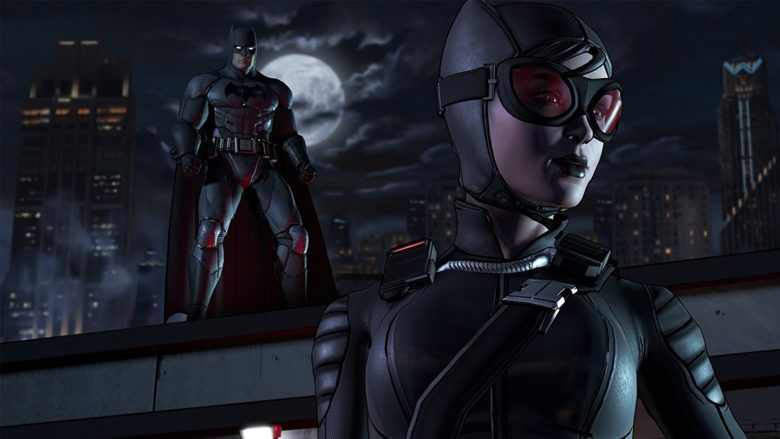 It’s always a challenge to review a game newly released on a gaming platform that was preceded by releases on several other platforms, in this case seven, as most people interested in the game have probably already read the other platform reviews. But anything playing on the Nintendo Switch does add another layer to the game as portability is one of the biggest gains.

If you’re not familiar with the Telltale Series of adventure games then they can best be described as you the player taking part in an interactive movie, and Batman: The Telltale Series is no exception. In this case, a comic book like movie plays out and the player is presented with visual cues (quick time events) to perform actions like blocks, kicks, select dialogue, etc. As far as gaming goes, it’s very laid back and most people probably play for the story more so than the gaming aspect.

This version of the game can probably be best dubbed as Season 1 of the Batman Telltale Games as “Season 2”, Batman: The Enemy Within is currently making its debut on other platforms. This Switch version contains all five episodes of the original Batman Telltale Series game at a modest suggested retail price of $39.99. 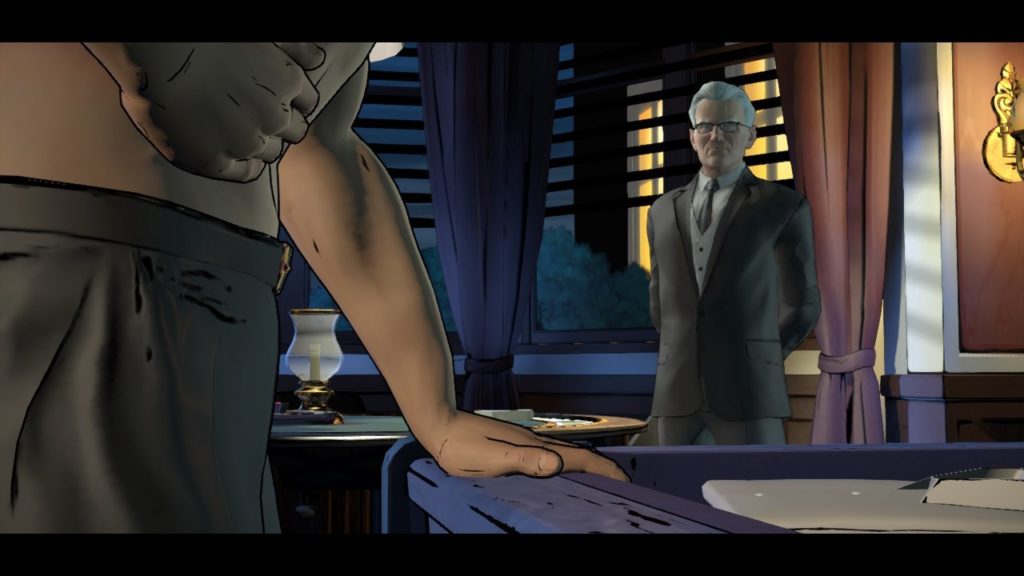 Things didn’t start out well as upon entering the game in handheld mode and after viewing the opening cutscenes I was asked to tap the “A” button to proceed but doing so seemed not to register. So, I decided to tap the screen, not realizing until the next day that this puts you into a “touchscreen mode”. After doing some internet detective work, Batman would be proud, I read about the Switch’s handheld mode supposedly supporting a touchscreen mode AND controller mode. Unfortunately, I could never get into this rumored controller mode (supposedly by moving a joy con stick or button anytime during play) that isn’t mentioned in the game’s settings, etc.

For this review, I played the game mostly in touchscreen mode in handheld mode. Actions in touchscreen mode boil down to swipes up, down, across, taps to move, taps to activate, and sometimes double taps. HHandheldmode plays in a letterbox format and the graphics seemed to have a more watered down graphics effect as compared to some of the screenshots I’ve seen on the internet from other platforms. Controller mode, of course, is available in Switch docked mode. Touchscreen mode also overlays the screen with a faint border and a pause button that was always present but didn’t distract from the viewing enjoyment.

The frustrations came into play where it seemed like several touchscreen commands during quick time events occasionally didn’t seem to register, though this didn’t seem to impact the action much. This was especially frustrating during some sequences where two-finger actions seemed to be required but did not seem to register. During these two finger commands, I felt the need to be ambidextrous as well since using two fingers, one from each hand, and holding the screen at the same time seemed challenging. Thankfully, these touchy frustrations seemed minimal and didn’t suck the complete enjoyment out of the story. 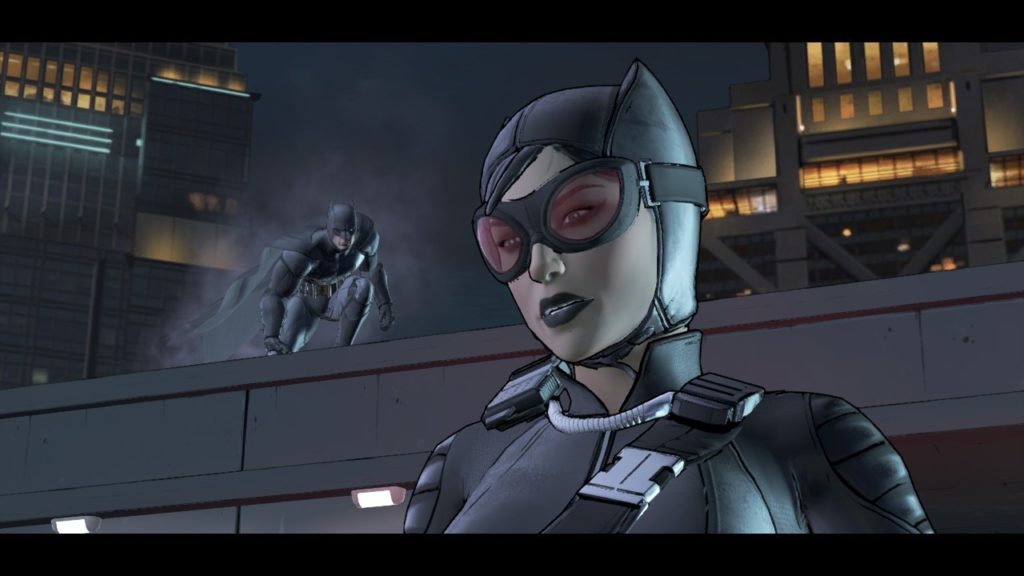 Story wise this a tell mostly about Bruce Wayne (SPOILER: Bruce Wayne is the Batman) and his family and the adventure takes place in the earlier days of Batman’s rooftop escapades. Akin to The Walking Dead TV series, less about the zombies and more about people and relationships, well this is less about the Batman. I can’t say it’s completely canon, as things like a past relationship with Oswald Cobblepot when they were kids, doesn’t seem to ring a bell in the comics I’ve read and do read. So, taken with a grain of salt this is another, slightly different take on the Batman mythos.

As per the Telltale Games’ model there are dialogue points where you control the story, things like excusing versus including someone on a private discussion, picking dialogue choices that the game “remembers” (which are signaled to the player via on screen visual cues, e.g. “Harvey will remember that”), etc. These kinds of touches are always fun and seem to make you feel like you’re in the driver’s seat and part of the “movie”.

Overall, if you’re a Batman fan and haven’t played this on another system then it’s recommended, assuming you can live with the Telltale Games’ “point and click” adventure game model.

COMPARE TO: All the other Telltale games (e.g. The Walking Dead Series, Marvel’s Guardians of the Galaxy: The Telltale Series, etc.

Written by
Scott Jeslis
Scott is a comic book, music and gaming nerd since the late 70s. Gaming all began on the Colecovision and Atari 2600. He buys and reads new comics every Wednesday from his LCBS and helps run an online Heavy Metal radio station.
Previous ArticleEuropa – Official Gameplay Trailer Shows Off Battle Royale GoodnessNext ArticlePortal Knights Review