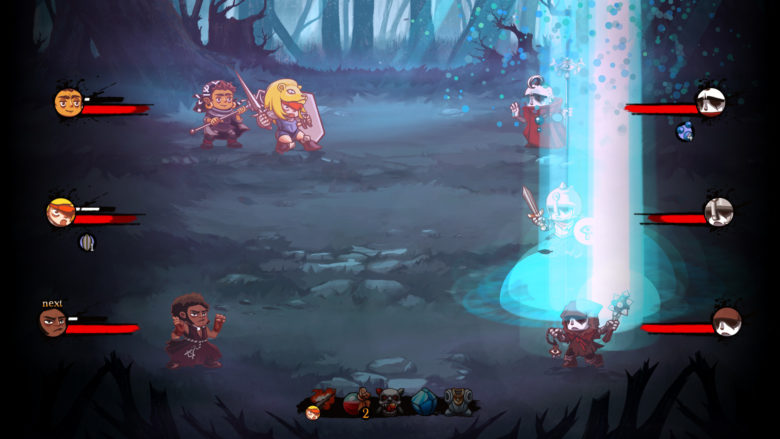 Developed and published by MoaCube, Bonfire is a procedurally generated tactical turn-based Roguelite with RPG elements set in a desolate world beyond saving. Not that it stops our crazy heroes! Lead by Hildie, a brave knight who cares too much, your group of misfits and outcasts embarks on highly suicidal quest to destroy the Faceless Overlord of the Mournfolk – 3 to 5 linear encounters at a time.

During your journey across the gloomy world of Bonfire, you will meet a cast of diverse characters, each with their strong and weak sides and story. Your active party can consist of no more than three characters at a time so choose carefully! Each hero has three different abilities: the one performed when you click on an enemy, usually an attack; self-click and ally click. For example, Hildie, the character you start with, attacks the enemy you click on, heals herself or protects ally respectively.

When you choose to embark on a quest with your selected team, you will go through a series of encounters with shared resources – items you have found during the quest, motivation XP, etc. remains until the encounters are done and get turned into extra coins on completion. That way Bonfire expects you to manage your resources carefully and choose your team wisely.

Currently in Early Access, the game features 5 out of 10 planned heroes. It is up to you to keep them fed and rested outside of combat and provide them with all possible power-ups when it comes to encounters. Some items provide benefit to the character using them, such as healing potions or buffing thingamajigs. You can also equip runes that provide your characters with additional combat actions or passive buffs. Most of your stock will come naturally from finishing quests, doing looting runs and more, but you can also encounter a vendor to fling your hard-earned coins at for some rare goods!

However, even with the consumables, Bonfire is not terribly deep – and it doesn’t need to be!  The game allows to dip your toes into a more casual roguelite atmosphere 10-15 minutes at a time to play a few encounters, expand your arsenal of tactical options, meet a cast of rather odd survivors, and struggle to survive yourself. The developers point out that while the game is designed for endless play, its story actually goes somewhere. And yes — there’s even an ending. 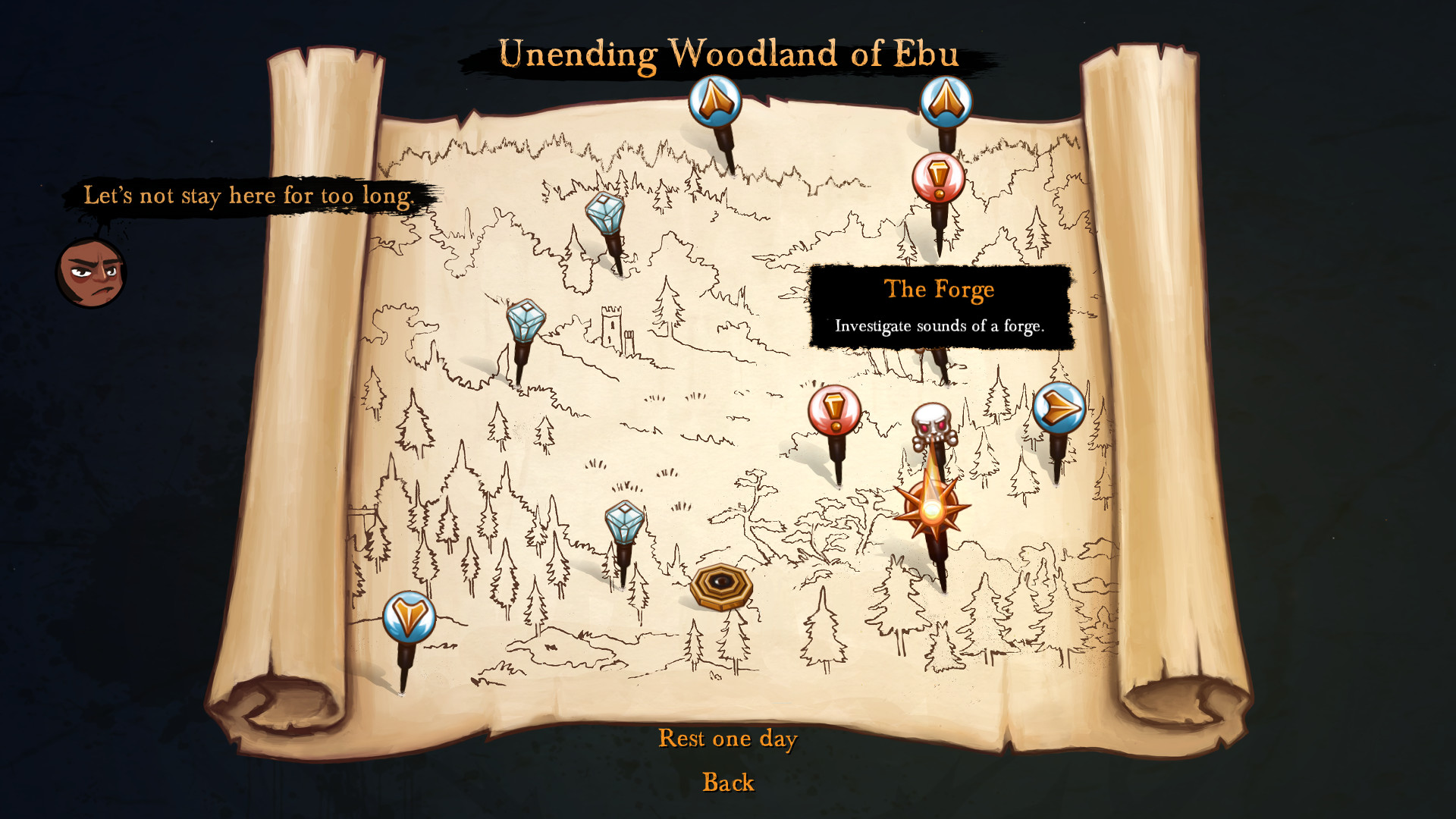 Bonfire features captivating colorful style that clashes beautifully with its gloomy world. The animations of characters are smooth, varied and sometimes incredibly slow. The game has a lot of unskippable stuff – heroes leaping from one encounter to the next, dialogues regarding what to do next, hundreds of coins flying across the screen, etc. If you only had a short period of time to play, those can get annoying fast.

Note: the Steam Early Access key for the game was provided by the developer for the purposes of this preview

Developed and published by MoaCube, Bonfire is a procedurally generated tactical turn-based Roguelite with RPG elements set in a desolate world beyond saving. Not that it stops our crazy heroes! Lead by Hildie, a brave knight who cares too ...
0
Average User Rating
0 votes
Have Your Say!
Your Rating: 0
Submit
Write A Review