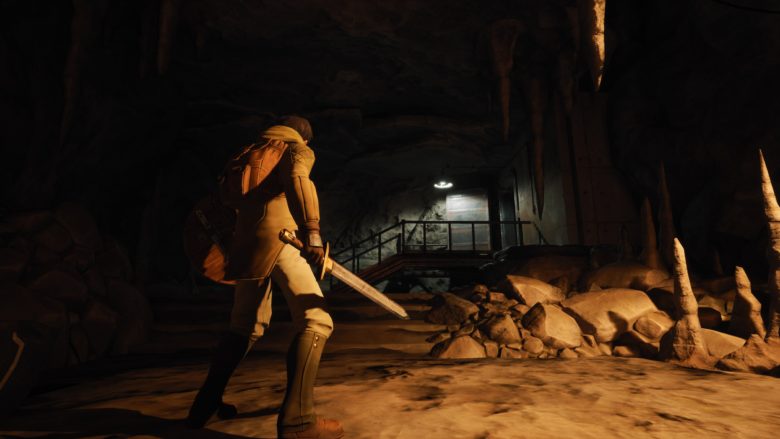 Action RPGs have great potential to transport us to other worlds, injecting our brains with shots of dopamine from leveling up, loot, and puzzles. Dark Souls and Zelda are great examples of how the genre can be done right, and I suspect Gunfire Games aspired to reach that greatness.  Did they achieve that height with Chronos: Before the Ashes, or will the fruits of their labor plummet to the depths of obscurity? Find out below – this is our Chronos: Before the Ashes review!

I had a lot of hope for Chronos: Before the Ashes.  I fell in love with the visual style almost immediately.  The artists and animators did what they needed to for the characters to feel alive. Even the otherworldly creatures were smoothly animated in realistic and believable ways. The sounds and voices lent their magic to the gameplay, and for a brief, shining moment, I found myself enjoying the game. Even aside from the… questionable scriptwriting for the introductory scene, there was a moment of immersion that is wholeheartedly worth mentioning.

That opening scene briefly described the rough situation for a post-apocalyptic world that went belly-up sometime in the 1960s, or so. For those who have not followed the Ashes series (see here for our review of the game that Chronos preludes), the world was thrown into chaos when researchers (those wascally wabbits) opened portals to places they ought not.  The primitive future dwellers that tell the story that leads our nameless protagonist on his or her adventure is not privy to all this information, but it helps the player acclimate themselves to what they’re about to do.  All the primitives know is that a dragon is the source of all that ails them, and some 18-year-old is the only one who can slay this dragon. 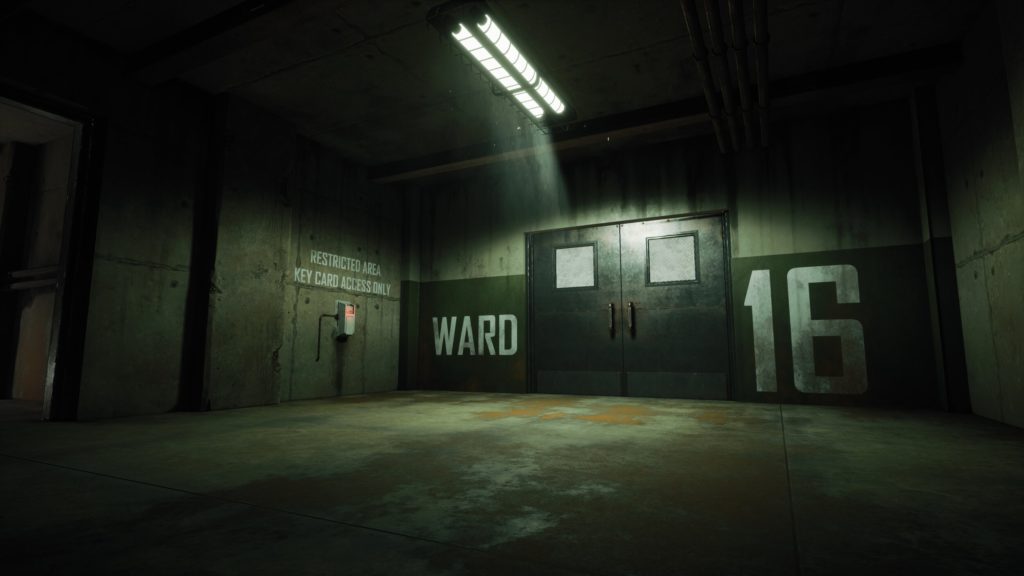 And here we have the first set of plot holes. First, how do they know about the dragon, how do they know how to deal with the dragon, and how can they expect a know-nothing kid to solve all these problems? A few more lines of dialogue could have cleared up a lot just in the beginning, but here we are, left to wonder about what sort of sadists would send their kids into a dragon’s den with the goal of making it mad.  Like, that couldn’t possibly go wrong.  Maybe I’m overthinking it, but I look for immersion when I play, and that right there tore me out of it.

But, ok – let’s pretend that the ol’ lady telling me all of this has the power of prophecy or some such. Or maybe a shady bum had said power and told her, and then she told us, the players.  Either way, my 18-year-old avatar, knowing nothing better, trots off to kill a god-like existence with all the enthusiasm of a draftee sent to war.  After landing on the shore of an island research institute, our primitive hero, clad in clothes, a shield, and wielding either a sword or hammer (player’s choice), must figure out how to get to the dragon’s den.  This entails Chronos’ first puzzle, lighting up the gate stone.  Although an easy puzzle, it also relies on my character magically knowing how to operate the computers in this complex… but again, maybe I’m thinking too hard about it.

Where my avatar finds himself is in a place that looks more like Mos Eisley than I would have anticipated.  Well, I open a big, stone door and do exactly what I would expect an RPG murder hobo to do – I steal an expensive-looking gem from the wall opposite me and proceed to kill everyone in the area.  Like, no one questions why this kid is here, nor does the kid question why it’s a good idea to begin a genocide at what turns out to be a temple.  But hey, thinking again, amirite? 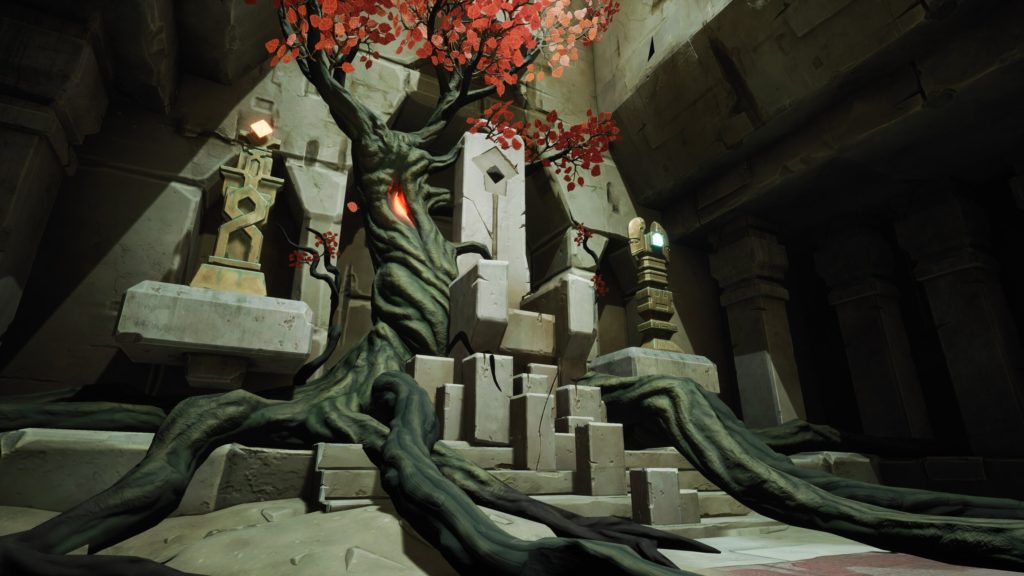 But seriously, though, what you do at the beginning is pretty much 95% of what you’re going to do throughout the rest of the game.  Swing, roll, swing, roll, power-attack, retarget. Swing, roll, swing, roll, power-attack, loot if something drops.  I mean, other action RPGs may also be guilty of this sin, but it just gets so tedious.  That said, monsters only really respawn when you die – meaning, if you never die, you’ll have to deal with fewer enemies.  I, however, do not fear death, and consequently found myself facing hordes of respawns…

This brings me to what is possibly the shiniest bit of Before the Ashes, honestly. Before the Ashes features a death and respawn system that ages the character by a year for each death. As the character ages, the costs for stats vary, suggesting that as one gets older, some stats are more likely to rise than others.  For example, magic costs three stat points at the beginning, but get cheaper as years go on.

The reverse is also true – physical stats, such as strength and agility are cheaper but become more expensive with age. I really wish I would have known this – and the relative worthlessness of magic – as I saved up and leveled my magic stat, thinking maybe I’d get a spell or two, or something for my effort.  Nope.  Wasted stats for what amounts to a damage powerup that you can only get, initially, through a story event… which serves me right for thinking I’d get away with doing something other than swing, roll, swing, roll, power-attack, retarget. 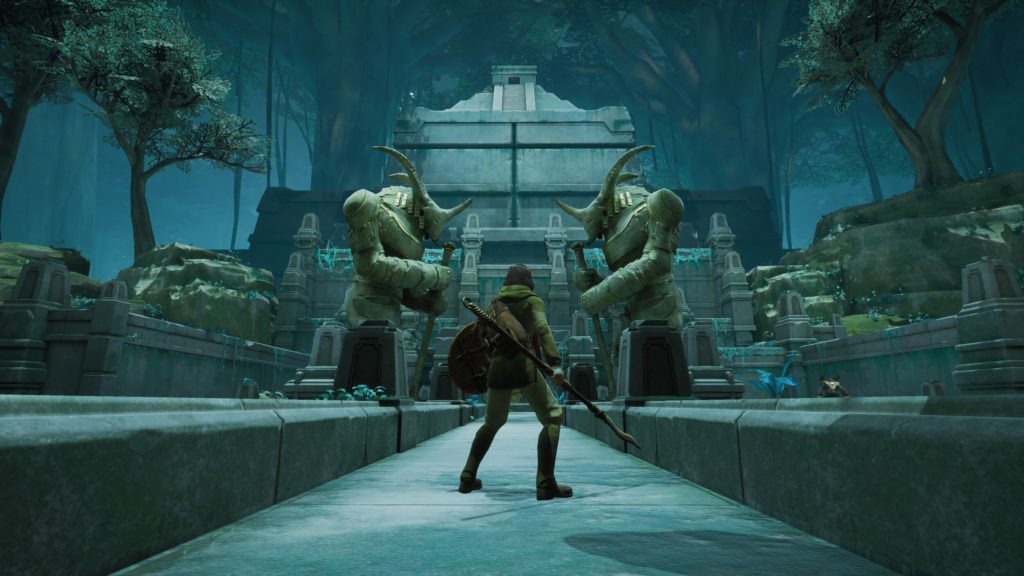 Even through all of this, though, I found myself surprised at new environments. Messages left behind, in conjunction with the occasional NPC that could be spoken to, did add to the world-building.  I found myself wondering about the people mentioned, or where the people were at all.  I mean, unless I was murdering them all and they happened to be the heavily armed folks prowling the hallways.  I also wondered how they learned to write in English.  Thinking too much, right.

The puzzles were largely enjoyable as well.  Veteran gamers will recognize the tropes, from finding keys to answering riddles, and more.  They were a welcome break from the constant combat. I think, in a different context, or with some revision, the puzzles may have stood out more than they currently do.  One puzzle deserves special recognition – without spoiling too much, figuring out how to calibrate portals in a way that led one to be able to defeat the first boss stands out as probably one of the cleverest puzzles I’ve encountered in a game.  Kudos.

I mean, Chronos: Before the Ashes had most of the ingredients necessary for a great game.  Unfortunately, it added way too much repetitive combat, too many plot holes, and an empty, lifeless game world – it was a lot like confusing sugar for salt in a cookie recipe.  Although its difficulty and prescribed course may lend itself well to speed runs and other streamable content, I found the game about as enjoyable as a 7-year old’s salt cookie.

Tags: Chronos: Before the Ashes, Gunfire Games, pc, review, rpg, soulslike, steam, zelda
Summary
Chronos: Before the Ashes entails stalking through ancient corridors in alien worlds, and an innovative death mechanic, to boot. There are puzzles a-plenty, and boss fights, just as one would expect from an adventure like this. Nevertheless, Gunfire Games’ latest offering is an action RPG that forgets to deliver on the fun.
Good
Bad
6.5
Fair
Previous ArticleFrosty Fest Kicks Off in Rocket League TodayNext ArticleGenshin Impact Dragonspine Map Expansion Dated 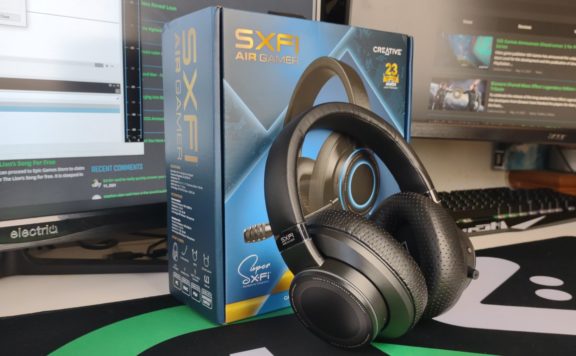