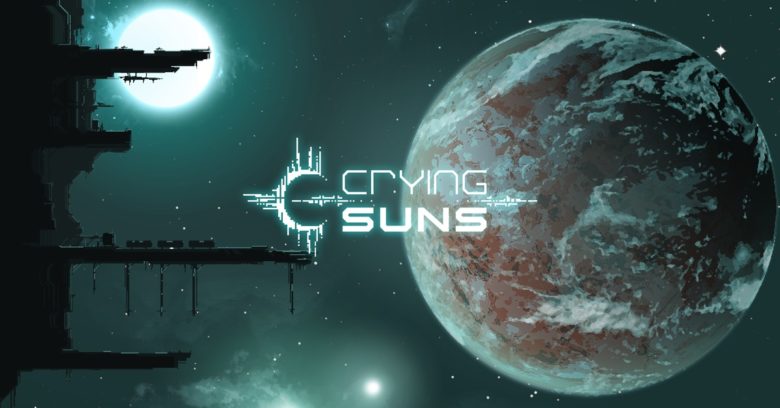 The rogue-like genre seems to be booming lately.  The latest generation of rogue-likes seemed to have erupted from Darkest Dungeon’s momentum.  Alt Shift’s Crying Suns features some conceptual similarities to games like Darkest Dungeon in terms of mechanics, but it turns the genre on its head with how it implements those mechanics.  Indeed, Crying Suns seems as if it promises us the sky – but can it deliver?  Find out below – this is our Crying Suns review for PC!

I always like to start my reviews with a look at the… well, looks of a game.  And for good reason – first impressions matter.  What strikes me about Crying Suns is its pixelated art style, reminiscent of some old DOS or Super Nintendo games in the ’90s.  The art style successfully delivers us a dark future and a forlorn galaxy, and it deserves praise for doing so.  The audio, although similarly thematic, doesn’t strike me as much as the visuals.  My observation is that nailing the audio is often more difficult than doing the same for the visuals, so I can’t fault Alt Shift for the disparity.  Nevertheless, there is some good eye-candy for those who prefer a retro 90’s aesthetic. 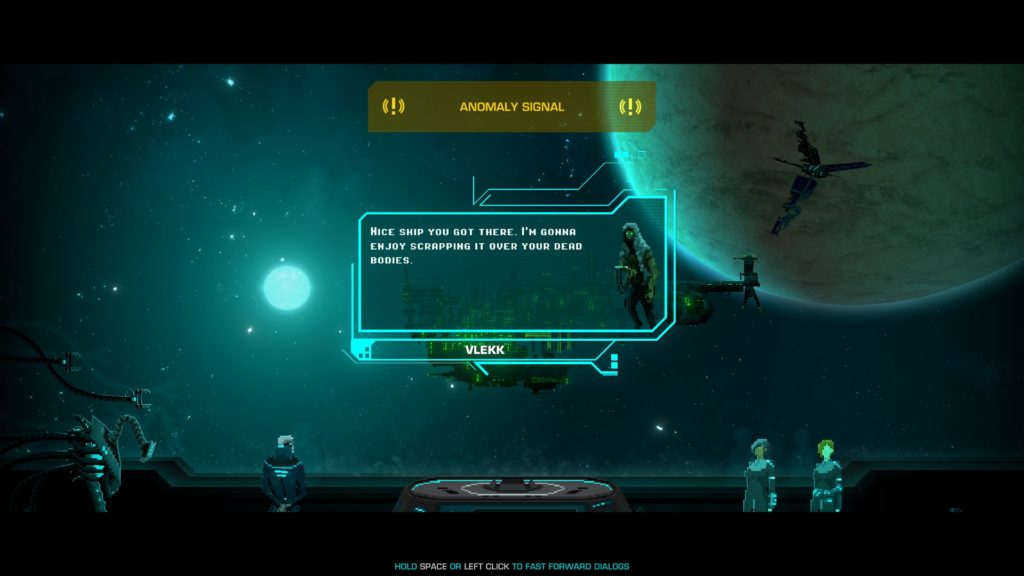 The premise is rather straight forward.  You play the captain a ship that belongs to a collapsed empire.  Well, you play the clone of such a captain, and are only awakened after the empire has collapsed – thus beginning your journey to discover what happened to the empire and why, and also to really learn who you are – or were… so, maybe the premise isn’t that straight forward at all.  Nevertheless, the story doesn’t feel forced and flows naturally as you progress through systems.  All in all, the theme feels very much like Dune, which was a welcome decision.

Each planet in a system has a chance of a random encounter happening.  Random encounters may feature a run-in with an enemy, friendly civilians, or other, stranger things, but feel kind of the same after a while.  Some planets have an opportunity to explore for resources at special sites.  The process entails selecting one of your officers (who have special skill proficiencies called upon during missions) to lead your troops in search of riches.  The missions could lead to rewards or danger for the team you’ll take, but I often found them worthwhile.  Your missions will likely yield scrap (used as a currency to purchase upgrades or trade for items) or fuel for your ship (used to travel between planets and systems). 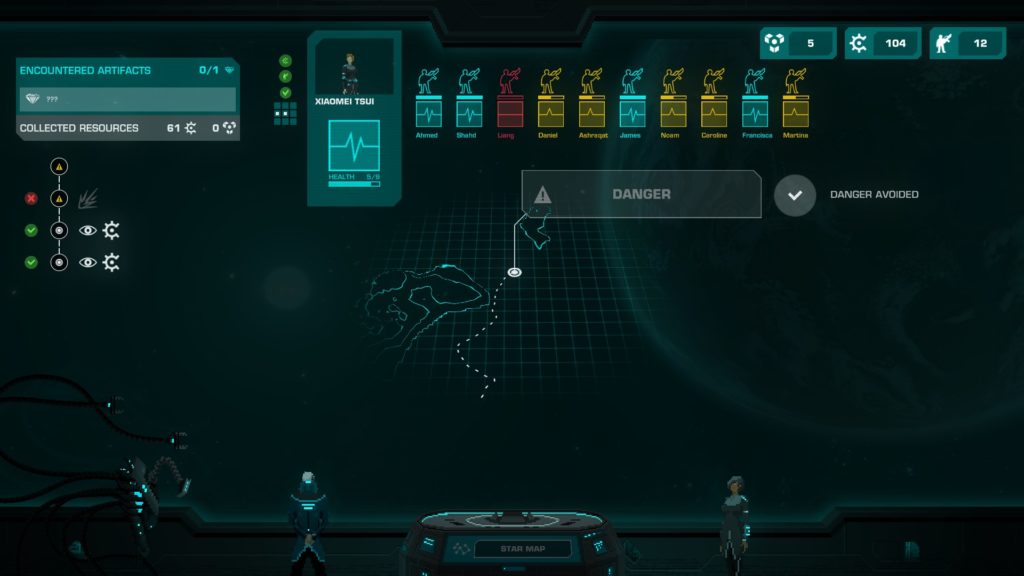 In fact, much of the game ends up entailing making seemingly hard decisions about where to go and how much to explore.  I didn’t find myself in too much danger of running out of fuel.  Playing on normal, I found that I was generally able to get by with the fuel sources located at each system’s sun and random events that provide fuel as a reward.  Occasionally, however, I’d run across a merchant that sold fuel and was grateful for the opportunity, but I wasn’t challenged from the strategic perspective as much as I was in, say, Iratus: Lord of the Dead.

Scrap and luck can yield tools for your ship to ship combat – namely escort ships (fighters, drones, etc.) that you’ll command in pause-able, real-time tactical combat, as well as guns for your ship that you can aim at the enemy ship or their escorts.  Your goal in combat is to use those tools to eliminate the enemy ship, generally by clearing the board of escorts and then attacking one of three targetable points on the enemy ship.  Each ship has at least one health bar.  If a ship has more than one health bar, clearing one will force all adjacent ships away for a time, giving the ship a chance to breathe and recover.  Although it’s nice when it helps your own ship, it was frustrating when I thought I was doing well, only to have my ships forced away from the enemy and a new wave of escorts spawned. 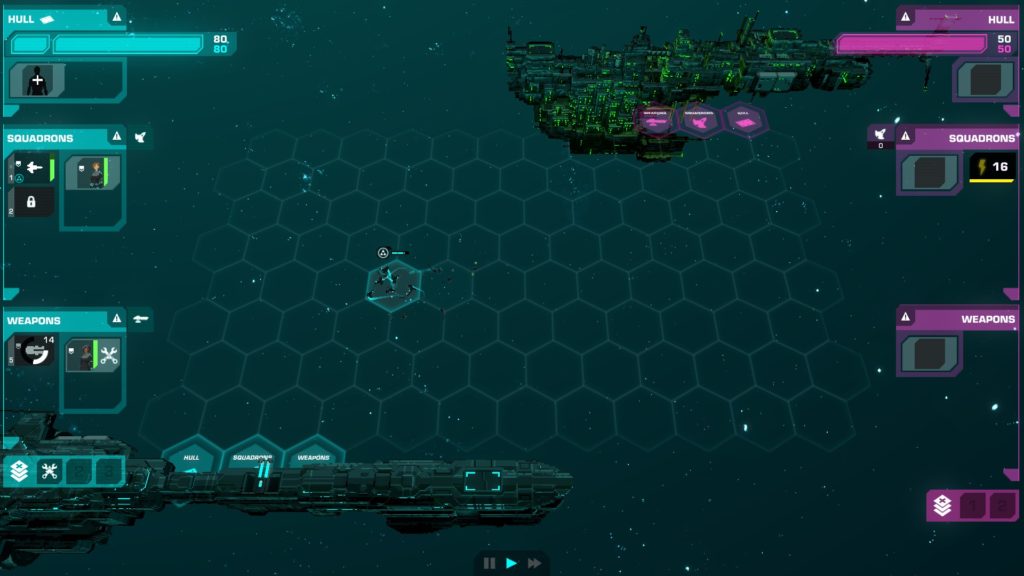 Progression comes in several forms, which I like.  Progression through the story involves exploring systems (trying to stay ahead of the hostile ‘system owner’ who is clearing systems behind you so you can’t return).  Progression also comes in ship upgrades and new escorts/weapons.  Upgrades typically improve your escort hanger (reducing times between escort launches), ship weapons, or some other strategic map benefits.  Obtaining new officers is also helpful for running missions to obtain resources, and there is a system for unlocking special officers.

In sum, Crying Suns is a good game.  The mechanics feel good and work well, the visuals and thematic elements are fun and well done, and the story was compelling enough to keep me interested.  I don’t foresee Crying Suns replacing Darkest Dungeon or similar rogue-like games, but it certainly holds its own.  I recommend it for anyone who enjoys the genre, but especially for fans of dark, futuristic games.

A PC game key was provided for this review.

COMPARE TO: Darkest Dungeon, Iratus: Lord of the Dead 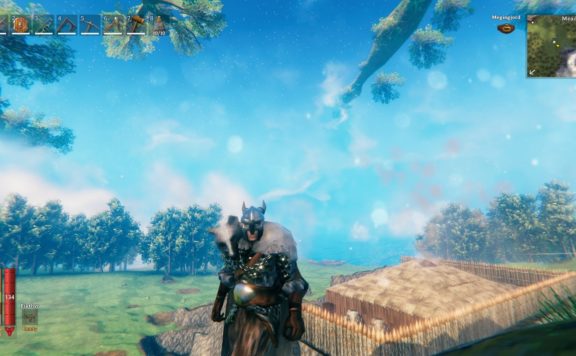