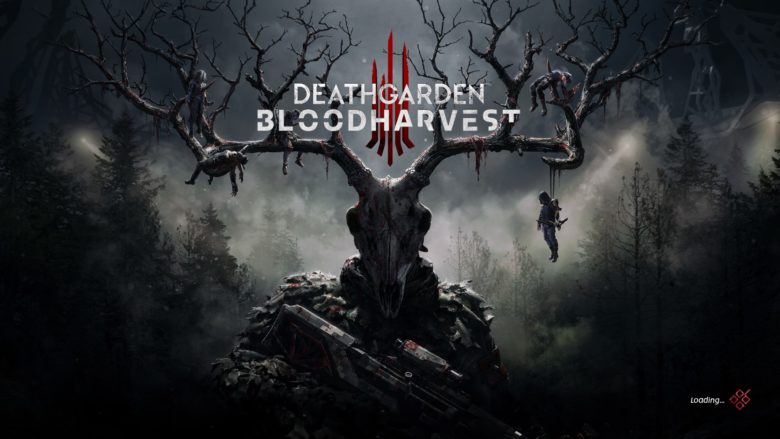 Being developed by the creators of Dead by Daylight, Deathgarden: Bloodharvest uses the same formula and structure that we’ve already experienced in Behaviour Interactive’s previous title. Built on the same foundation, Deathgarden has no new achievement other than bringing the idea behind Dead by Daylight into a new mixture of genres while still having so many features similar to the 2016’s successful title. To be honest, the fear of getting away from what the community has loved already has made the studio too conservative to try out newly born creative ideas and distinguish the new title from still-on-the-top Dead by Daylight. It seems the studio behind the game is eager to exploit what it had previously generated in Dead by Daylight and if the policy still goes on after Deathgarden, we need to worry about Behaviour’s future games. This is our Deathgarden: Bloodharvest review. 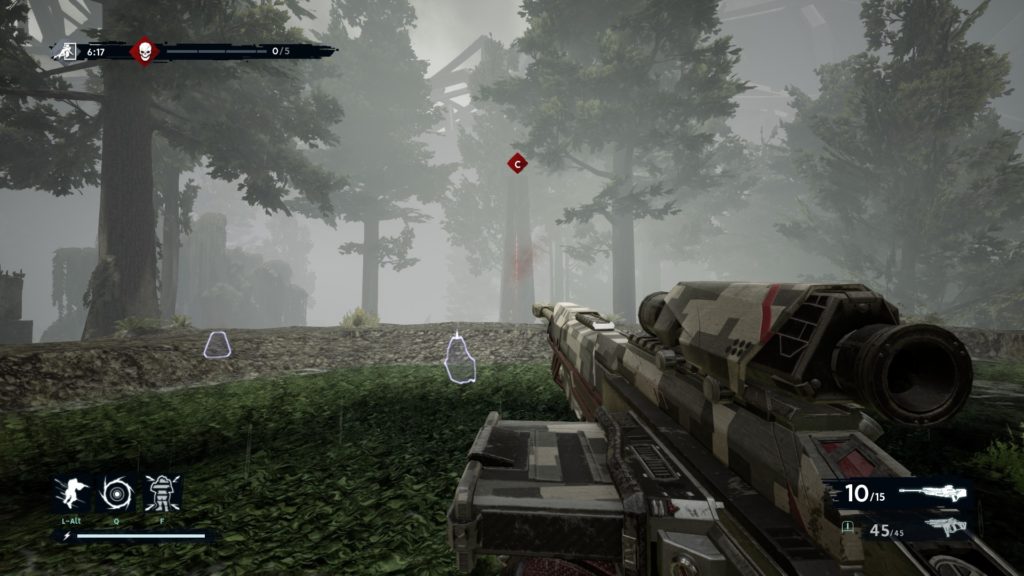 Deathgarden: Bloodharvest feels like a Dead by Daylight that features guns and shooting abilities and they are all the differences between the two titles, which you can detect in early minutes of your experience. In a world that has been attacked by brutal demons, every resources on the earth that are needed for humans to stay alive, are gathered and secured at a new city that no human can enter unless they take part in a deadly competition called Bloodharvest which is a playground for city owners to hunt down all remaining humans. In Bloodharvest, losers will be buried underground and winners will be welcomed to the city.

The encounter between two sides is in the same lines as Dead by Daylight. One villain with deadly guns and gears stands against five blood thieves that utilize their own handmaiden weapons against hunters, though they do no critical harm to the giant. Being as a scavenger in Deathgarden means running all the time through the playground, gathering blood from multiple capsules in there and finally sending them out of the garden through three main towers set in different locations on the map. 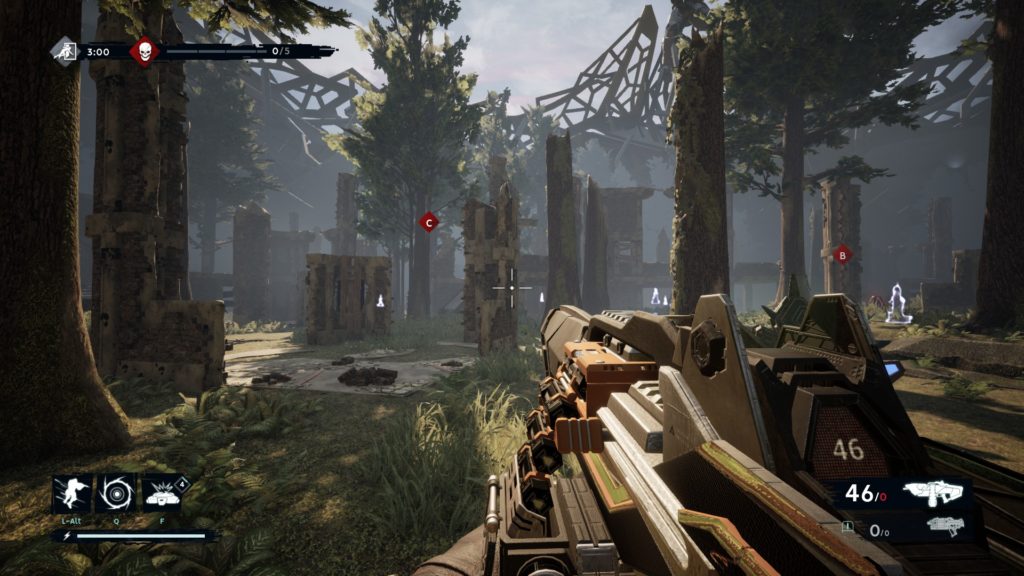 As a scavenger, you play the game in third-person view to have a better look around since your main weapon against hunter is to run and never look behind. While the game has provided crossbows for scavengers, they rather help you in taking down drones than damaging the Hunter. Unfortunately, you have no chance in the game to kill Hunter no matter how well you team-up with your allies in the game. As the game itself advices you, standing against hunters is equal to death which somehow makes the existing weapons and their upgrades pointless. Although you can use some capabilities of your weapons like “smoke arrows” to hide from hunters, the game could allow players to play in more creative ways if there was a chance to critically hit the main antagonist in Deathgarden: Bloodharvest.

Thanks to well-designed movement mechanics for scavengers, you are able to run, hide and jump smoothly throughout your whole challenge at Deathgarden and if you get the hang of fleeing from the hunter, playing as Scavenger will be enjoyable, exciting and more rewarding. Once you and your teammates managed to deliver 125 blood packs, the exit doors will be open for you to get out of the hell but this is the most challenging time for you since the Hunter will be able to spot your location no matter how well is your camouflage. 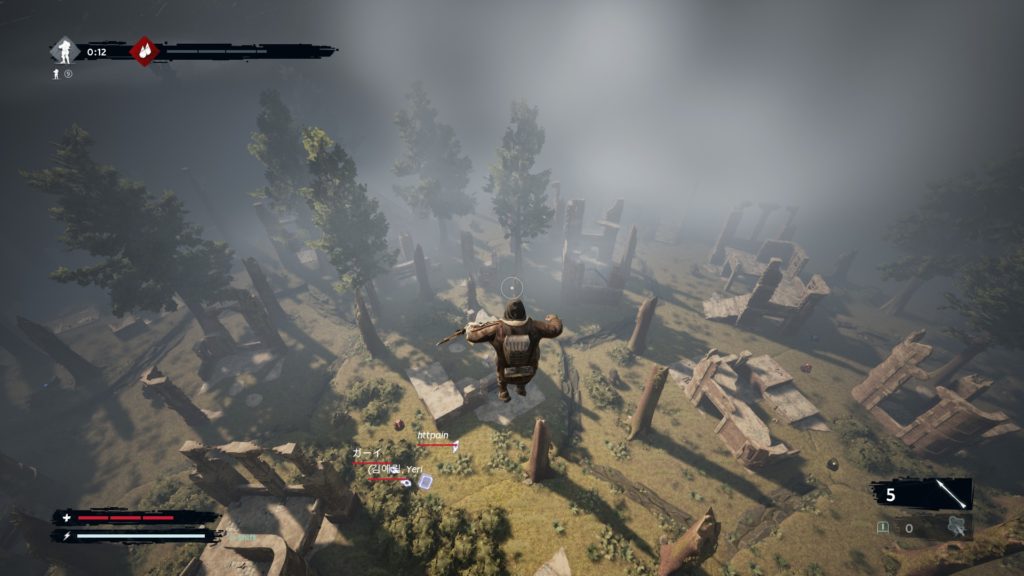 In Deathgarden: Bloodharvest, Scavengers have 5 different characters each with a unique ability and skill that makes him have a defined role at the team other than gathering blood. For instance, choosing the character that can revive players, make your challenges even harder with looking for dead bodies near the hunter and giving them a second birth. Aside from this, other skills are also available that you can activate and then upgrade them by spending the corresponding currency that each skill needs. For Scavengers, upgrading or unlocking both characters and skills are fair enough and if you play well, you can get access to them in a proper playtime.

The only thing in Scavengers other than weapons that might affect the faction’s experience is the more time that it takes you to do its matchmaking works in comparison to Hunter’s side. Although teaming up 5 players obviously take more time than arranging just one, but waiting for more than 2 minutes for every match and then an additional 30 seconds to shape up the world doesn’t seem a fair amount of time for us to wait before every match. 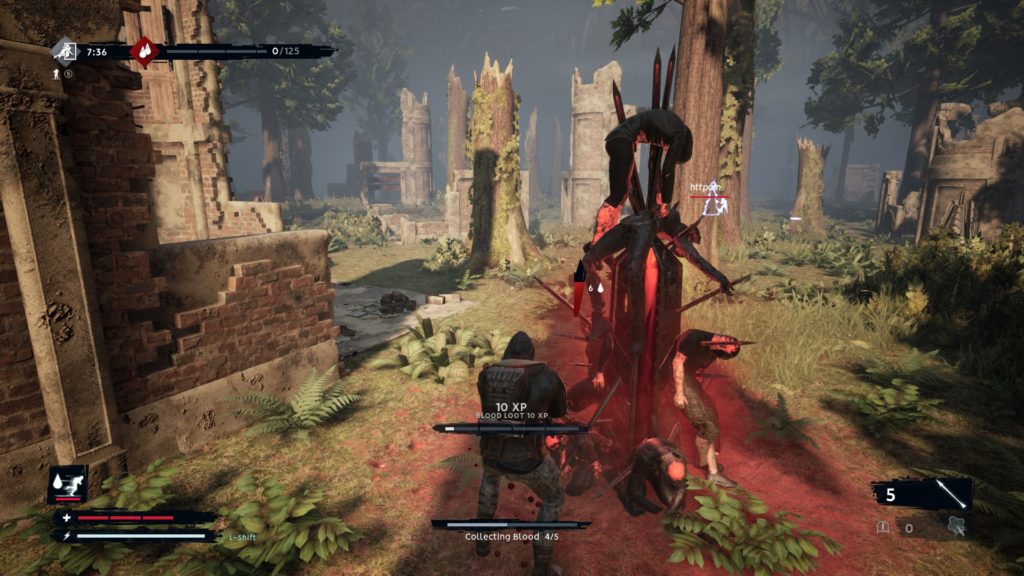 Now it’s time to change the sides and have a look at the Hunter and its abilities here. There are so many different features for Hunter but let’s say the biggest one first. Switching to Hunter mode equals to playing the game in first-person perspective. In my opinion, this is the most valuable achievement that Behaviour Interactive has reached with Deathgarden: Bloodharvest, which allows you to play a variety of genres in a single game. You can have first-person shooter experience in one side, while the game offers a stealth gameplay-style in third-person view on the other side. However, if you ask me, the main problem of the game also pops-up here, since the team behind Deathgarden has clearly failed in balancing these two different experiences.

There are three characters for Hunter that each one uses a different type of guns along with skills and abilities that are owned by the character. In terms of weapons, you can rest assured that most types of guns from Shotguns and Sniper Rifles to full automatic Machine Guns are available. Each character holds two guns that cannot be changed but instead are able to get upgraded. Also, gunplay and shooting with these weapons feel good enough for a first-person shooter experience.

When you enter to the Deathgarden as a Hunter, nothing threats you to death except the Blood bar that reminds you of the running Scavengers through the garden. Regarding the size of the map in the game, it would be tough to find and kill the Scavengers without any hints to spot their locations and that’s why you will have access to the drones all over the map which can get activated by the resources that are distributed in multiple locations. Once you activate a drone, it will detect any Scavenger that enters its under-cover area. Other than this, every time that a Scavenger delivers blood to the towers, you will be able to detect them by spotting the tower’s red bars raising up. 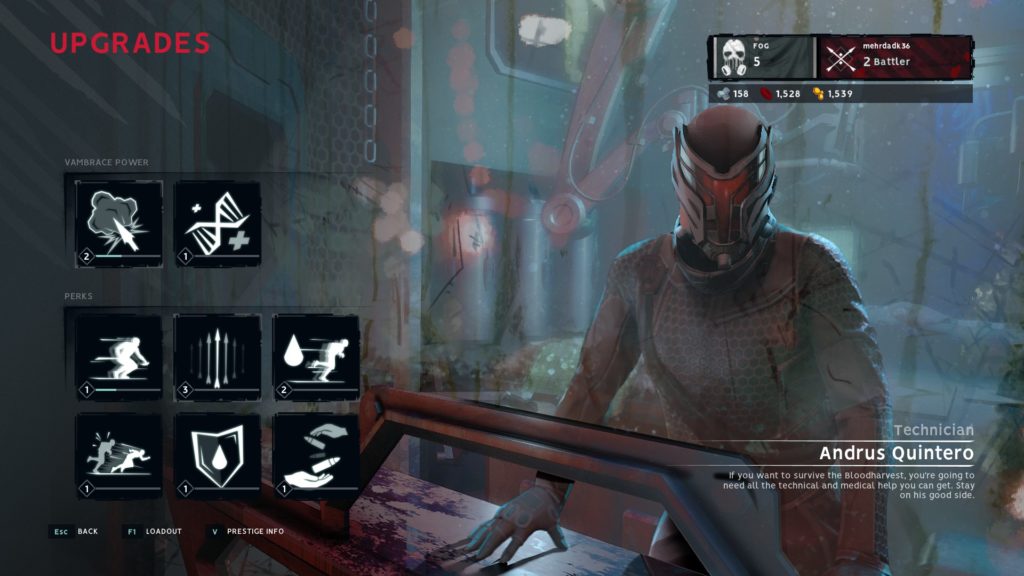 Having all these skills and abilities to hunt Scavengers, still playing as a Hunter is more challenging and less rewarding than what it should’ve been. While activating drones and hacking enemy’s health boxes bring you more points, getting XP in Hunter mode is tightly tied to killing and then executing Scavengers’ bodies, but being in the other faction gives you a better amount of XP for gathering blood, delivering it and even running from Hunter after he spots you. So, this unbalanced experience leads to a problem that encourages you to play as Scavenger instead of Hunter, and since the currency that you earn doesn’t have any difference for both sides, you can easily play in Scavenger mode and get upgrades for you Hunters. Moreover, some minor frame rate drops in chasing Scavengers could easily cause troubles for you that ends in missing your enemy.

In the case of map design, the game fails to deliver a wide variety of locations and it is due to the similar scale and structure that all the five maps of the game use. While Deathgarden: Bloodharvest features 5 maps, you can barely feel being in a totally different place through each one of them. Aside from that, mediocre textures, lighting, and effects along with a medium-level sound design cannot help the game to raise its standards in what delivers to players.

Tags: Behaviour Interactive, Deathgarden, Deathgarden: Bloodharvest, pc, review, steam
Summary
For those who have already played Dead by Daylight, Deathgarden: Bloodharvest has done nothing new, except adding some elements from shooter genre to the same formula and experience, but if you are wondering that which one of the two titles will bring you more entertaining experience, then Deathgarden is a considerable option in front of Dead by Daylight and you just have to decide which type of the same structure suits your favorite gameplay style better.
Good
Bad
6
Fair
Previous ArticleStranger Things Mobile Game Coming SoonNext ArticleOpera GX Gaming Browser Begins Testing at Level 1