The formula for real-time strategy games is a pretty simple one: control units, obtain assets, and complete objective before your opponent wipes out your army. While the genre is the digital doorway into the realm of tabletop wargaming, each new title takes a familiar, yet diversified approach. In this article, we will be reviewing Divided We Fall to discover what it brings to the RTS genre. This is our Divided We Fall review.

But first, time for a quick history lesson:

The brains behind KAVA Game Studio have been around in one incarnation or another for several years. In 2002, studio founders Antoine Meurillon and Florian Käding released a tactics-based game called Call of Command – a self-described labor of love. After a decade and some community building, these creators began to surround themselves with new talent and started to envision the future for Call of Command. And this is where Divided We Fall hits the scene. 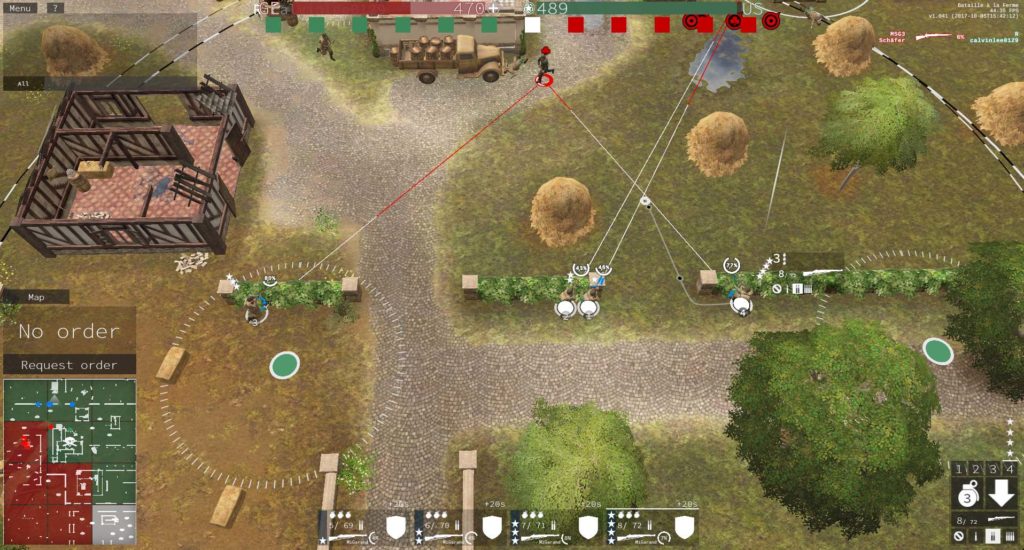 Divide We Fall in an ambitious reach into the realm of real-time strategy games, seeking to bring people back to “the table” to strategize together and do the thing we all love to do: win. Set in the midst of World War II, Divided We Fall is designed for community interaction and gameplay. As a result, there is no campaign or story more. It’s all about the war… but on a smaller scale.

Unlike traditional RTS-style games, Divided We Fall gives you control not over a base or resources or battalions, but of a four-man squad. Each squad member is individually controlled with their own inventory, but you still have the option of controlling group actions. Your squad’s equipment is also customizable as you find weapons and ammunition on the battlefield. This customization can help you turn the tables in a firefight.

While Divided We Fall only gives you control of four troops, you are a part of a larger fighting force working together to achieve your mission objective. You can request orders from a Commander, but you are free to make the best of open opportunities that you see. 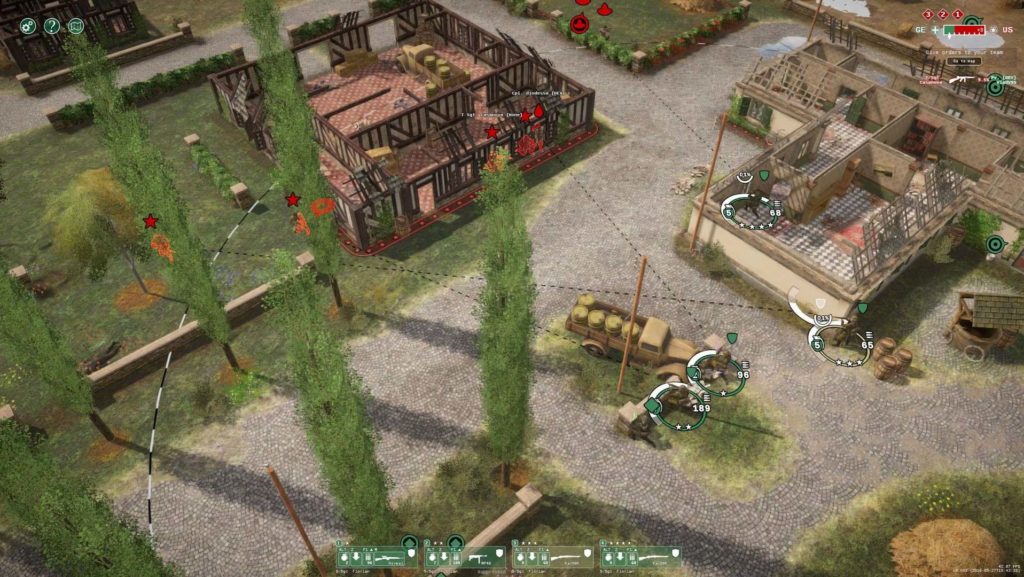 On the battlefield, the cover and line-of-sight mechanics work in a very logical manner. By taking cover, your troops reduce their likelihood of getting shot, but can only shoot (with any modicum of accuracy) enemy troops that they have a clear shot to. When shooting at a target, each soldier has a percentage that will appear near them to show their likelihood of landing the shot. The one exception to this rule is grenades. Grenades beat all…

There is also a “stress” mechanic within the game which seems to impact your units’ accuracy. If you are pinned down for a long enough period of time, you will begin to see a heavy pulse indicator in the troops’ UI. If your troops die in combat, you’ll get some more to control in a couple seconds.

Divided We Fall offers a tutorial to players who are new to the game, but I found that it wasn’t terribly thorough. While it did teach me most of the basic skills, it did not give me any clear indication of what my actual objective within the game was – other than surviving by killing the other team!

Unfortunately, gameplay felt a fair bit inconsistent. There were moments where I would do precisely what was instructed within the tutorial, but struggle to actually achieve the intended goal. Sometimes it worked, other times it didn’t. This is especially painful when trying to pick up ammo or other weapons. 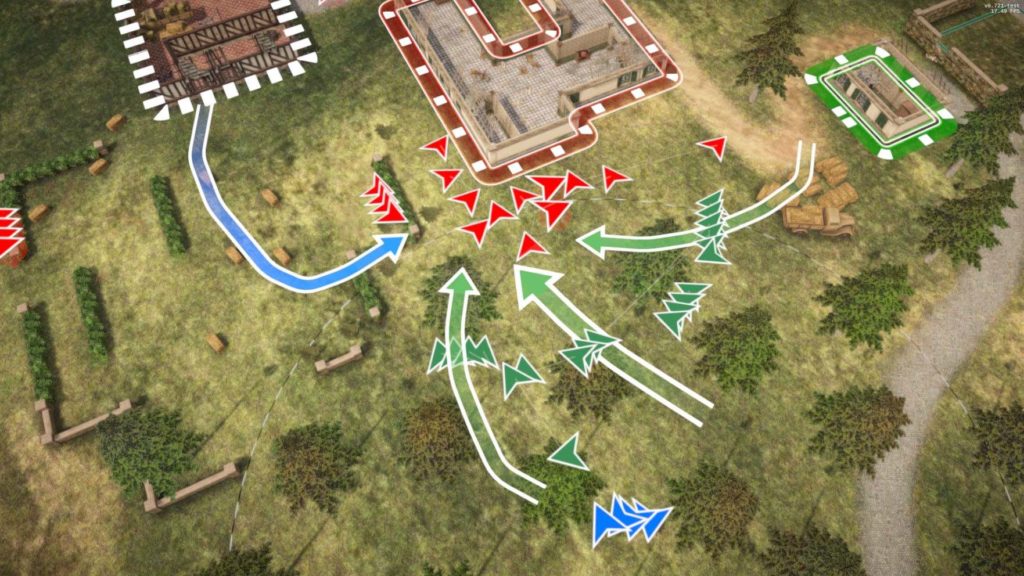 When it comes to strategy, there were other moments where, while there was a plan in play, bum-rushing the opposing forces seemed like an equally legitimate strategy. This devalues the replay value, especially considering that, at present, there are only a handful of maps available for play. However, there is a map editor available which offers an opportunity for the player base to grow this game and a list of content planned by KAVA for later release. These pieces are vital for longevity.

At the end of the day, the success or failure of Divided We Fall depends upon the allusion I made in this review’s subtitle: there is strength in unity, but even more so with COMMunity.  Community will be either the strength or weakness of Divided We Fall. If there is a consistent player-base that is welcoming to new players and patiently helps them understand the gameplay mechanics not explained within the tutorial, this game has the potential to become a table-top alternative that will save players from buying and painting scads of miniatures!

(On a personal note: I reached out to the team at KAVA with issues I was having with launching the game. Within 24 hours, the game was patched and the problems fixed. Kudos to KAVA for being so responsive, so quickly to their community!) 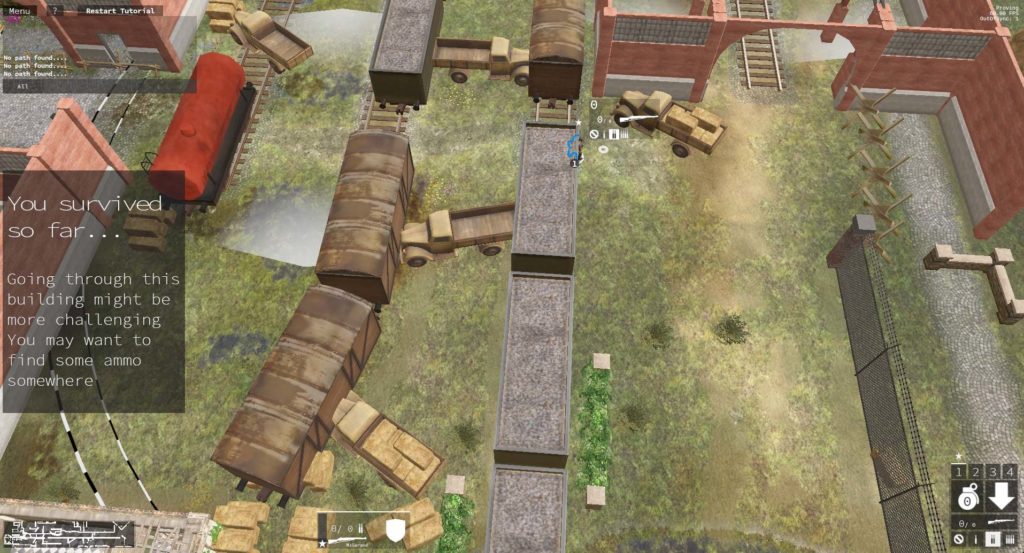 If you are looking for an RTS that you can simply play as a solo campaign, this is not the game for you. However, if you are someone who likes strategy games that allow you to work in tandem with others and want to be a part of building up an RTS gaming community by championing KAVA’s values of Competition, Cooperation, and Community, Divided We Fall is worth checking out.

Written by
Damien Gula
Born in the heyday of mullets and the El Camino to a tech-foward family, Damien (a.k.a. Dame, PastorDame) quickly embraced the reality that “normal” is just a setting on a dryer. Damien is a pastor by trade and loves talking with anyone who is interested about life, God, and video games (in no particular order) - so, much so, that he and fellow MMORPG/GameSpace writer Matt Keith (Nexfury) create a podcast dedicated to that conversation. At the end of the day, Damien is a guy who loves his wife, his Mini Schnoodle, and crafting gourmet bowls of Mac N’ Cheese.
Previous ArticleRogue Disbands Overwatch TeamNext ArticleKnight Terrors coming to the Nintendo Switch in time for Halloween