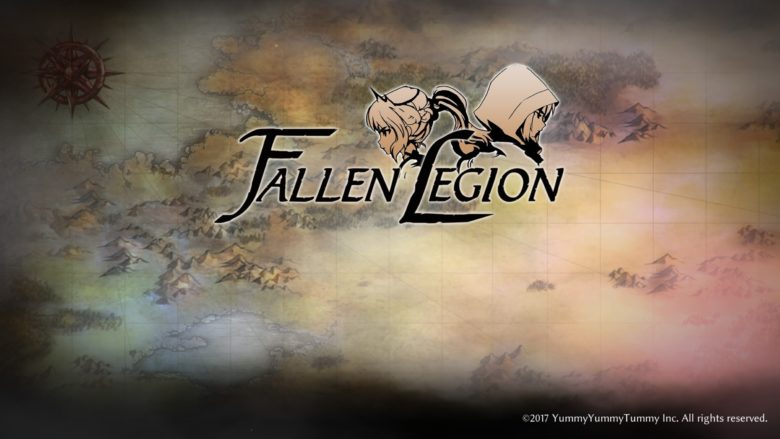 Every once in a while I like to dive into games that are outside my typical genres of choice. It forces me to learn new mechanics, try out new ideas and concepts and more often not introduces me to a wonderful new genre that I would have otherwise never tried. So when Fallen Legion came across my desk last week it was the perfect opportunity to expand my gaming horizons once again. After a week of running my way through YummyYummyTummy’s(YYT) action RPG title, I’m left with an interesting mix of thoughts in regards to Fallen Legion. So grab that coffee kick back and check out our Fallen Legion review.

Fallen Legion includes both Fallen Legion: Sins of an Empire as well as Fallen Legion: Flames of Rebellion with each campaign offering an opposing perspective on the political upheaval that is taking place in the fantasy world of Fenumia. On one side of the conflict, you can choose to play as Princess Cecille, the young princess on a journey of ascending to the throne. This story follows her journey to power in an attempt to bring peace to her empire.

The other side of the story gives you control of Legatus Laendur, a military commander on a quest to overthrow the royal family. His motivation and purpose unfold as the story progresses offering a deep and rewarding experience for the player. The two stories are designed to compliment each other and offer a rich, fulfilling world for players to explore. The story is truly king in this ARPG,  with many well thought-out moments offered in both campaigns. As the player, you will have to make some pretty tough choices in a matter of seconds that have kingdom altering impact on the story. This mechanic of split-second decision making was one of the elements really kept the story engaging as I progressed through both campaigns. 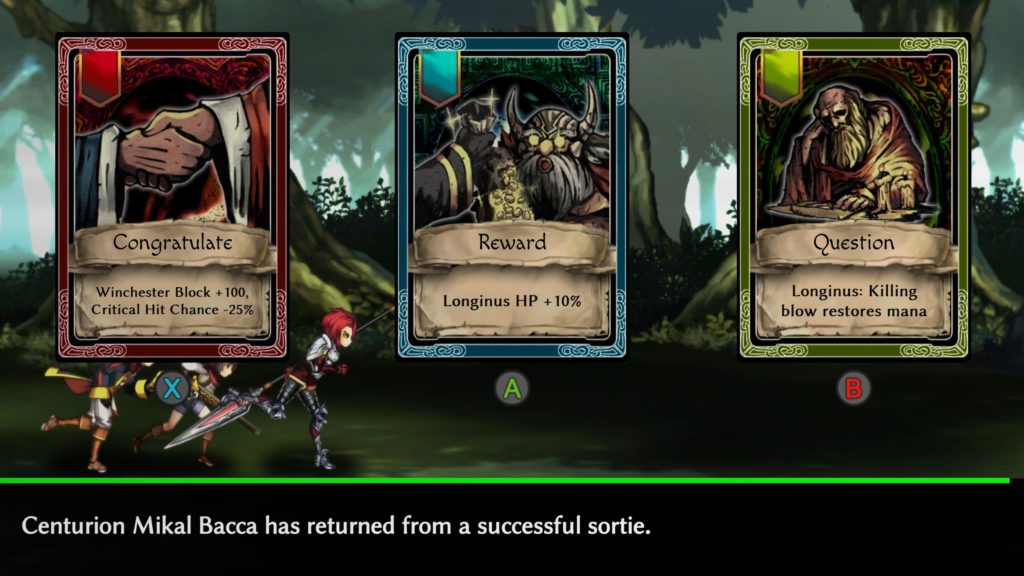 The story is delivered through a series of hand-drawn images with text overlay and finds a good balance of text presentation without overwhelming the more action focused gamers (like myself). I never felt that the story was getting in the way of the action and was able to communicate important information without long pauses between combat. This being said there were several times where the pacing did feel a bit off. As mentioned it wasn’t that the story slowed down combat dramatically but rather there just seemed to be odd moments of story delivery that didn’t seem to fit with what was happening. A few times I would run across random NPC’s that felt the need to deliver one line of information and leave all while running through an area of combat. It’s not that the information wasn’t story progressing it simply felt out of pace with the present situation.

The visuals in Legion are wonderfully crafted and one of the highlights of the game. Boasting a hand drawn design each element of the artwork has been painstakingly crafted and is visually stunning to see in action. This, mixed with the great use of color and unique settings, has created some wonderful visuals for the world of Fenumia.

Combat is interesting in Fallen Legion. With its mix of fast-paced linked attacks, timed blocking and spell casting coupled with the ability to control up to four characters at once, Legion can feel very action-packed, intense and fun. However, there were several times in my playthrough when I felt like I was waiting around for an ability to charge or was awkwardly standing around waiting for an enemy to attack. If it was a turn-based system it would make sense but in this real-time ARPG the pacing of combat felt off. When the system was at its best it was a blast to play but as with story delivery, there were some very off pace moments that made things feel a bit clunky. 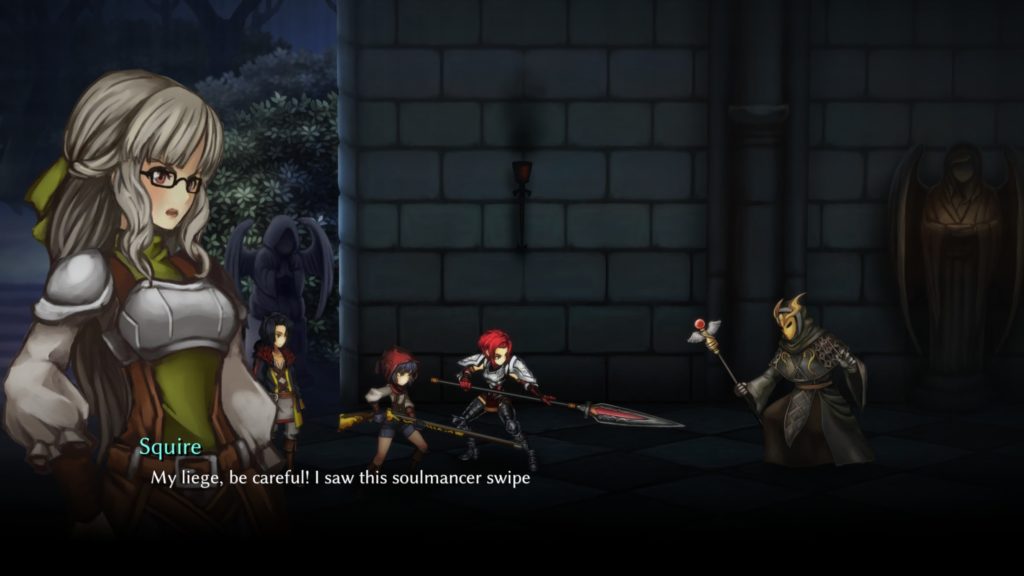 This being said, despite its surface level simplicity,  YYT has done a great job of creating a rather complex combat system under the surface. With everything from unique tributes (your party characters), a wide range of spells, relics that temporarily buff combat encounters and the aforementioned linked attacks, there is a lot of ways to bring your foes down. The systems are all well thought out and, once you understand their basic function, work really well together.

Fallen Legion is a game that has worked hard to develop a unique story and interesting take on storytelling. I commend YYT for presenting a complex story that forces the player into the grey areas of storytelling by creating heroes on both sides of the story arc and allowing us the opportunity to see the world from different perspective. This, unfortunately, does get overshadowed at times by the awkward delivery of the story and sometimes offbeat pacing of both combat and storytelling. If you are someone who loves deep storytelling, wonderful world development and fresh perspectives in writing Fallen Legion is something that will most likely perk your interest. If, on the other hand, smooth gaming mechanics trump story for you then you will most likely become frustrated with some of the odd mechanical issues that legion has. At the end of the day, I did appreciate my time in Fallen Legion but being one that falls in the latter category found my frustrations getting the better of me.

Note: A PC copy was provided to us by PR for review. 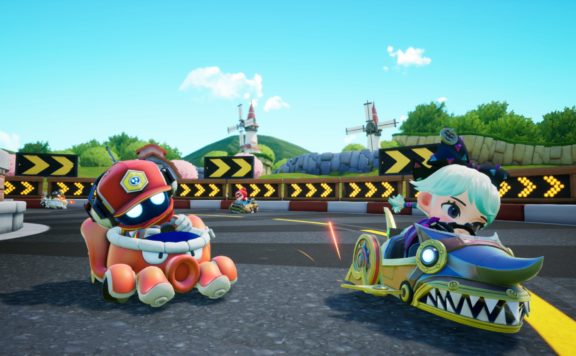